Skipper Cooper’s first-half header followed by a late brace from rookie striker Roberts maintained United’s proud record of being the division’s only unbeaten side. 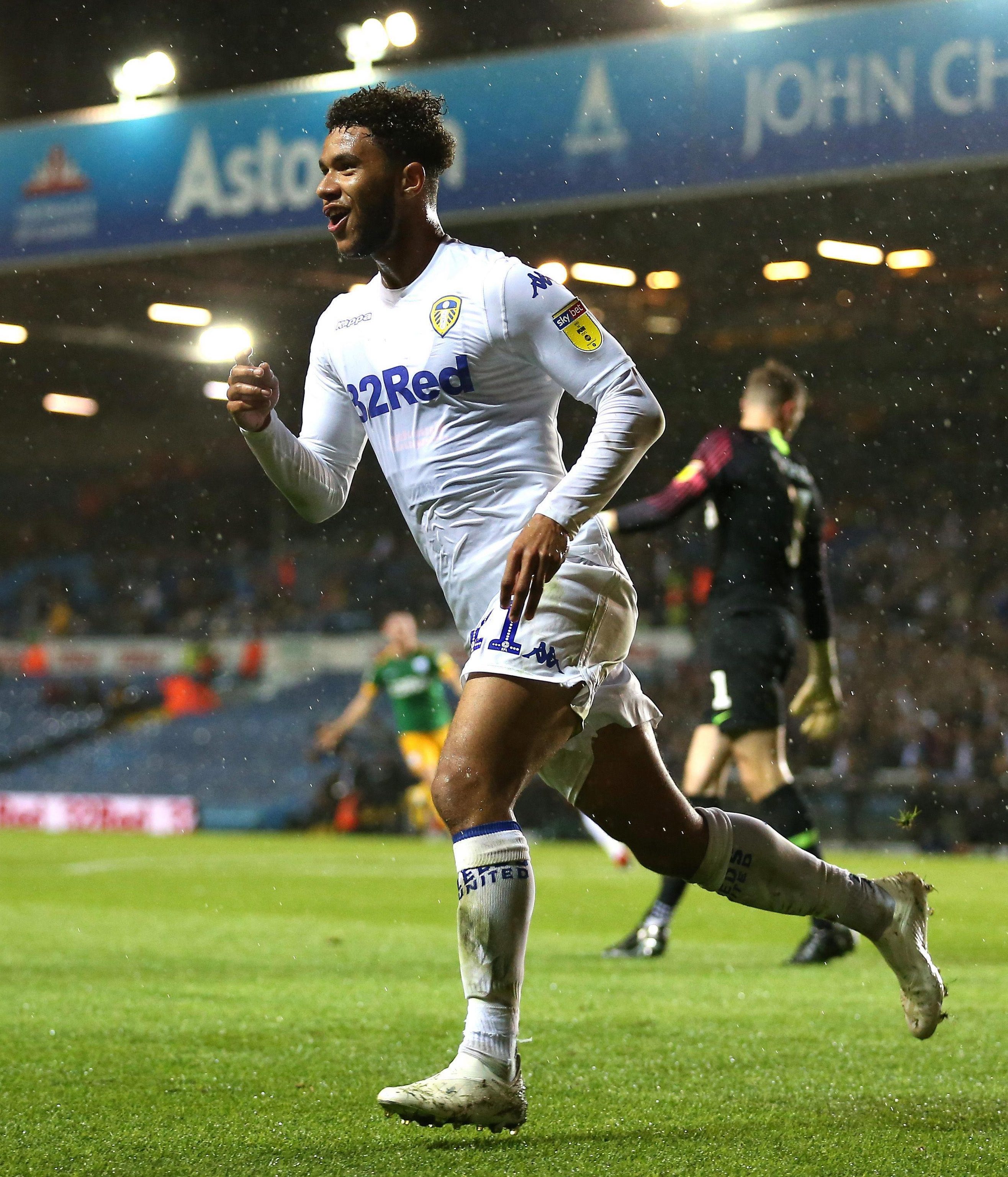 The superstitious among the Leeds faithful had pencilled in this clash as pivotal to their side’s season.

But they were hoping that history would not be repeating itself after the manner in which their campaign began to unravel at the same stage last time.

Twelve months ago, the Whites were flying high at the head of the table and looking like genuine contenders for promotion back to the Premier League after 13 years in agonising exile.

They had gone seven league games unbeaten from the start of the season under former boss Thomas Christiansen before a defeat at Millwall dealt them a blow from which they never recovered. 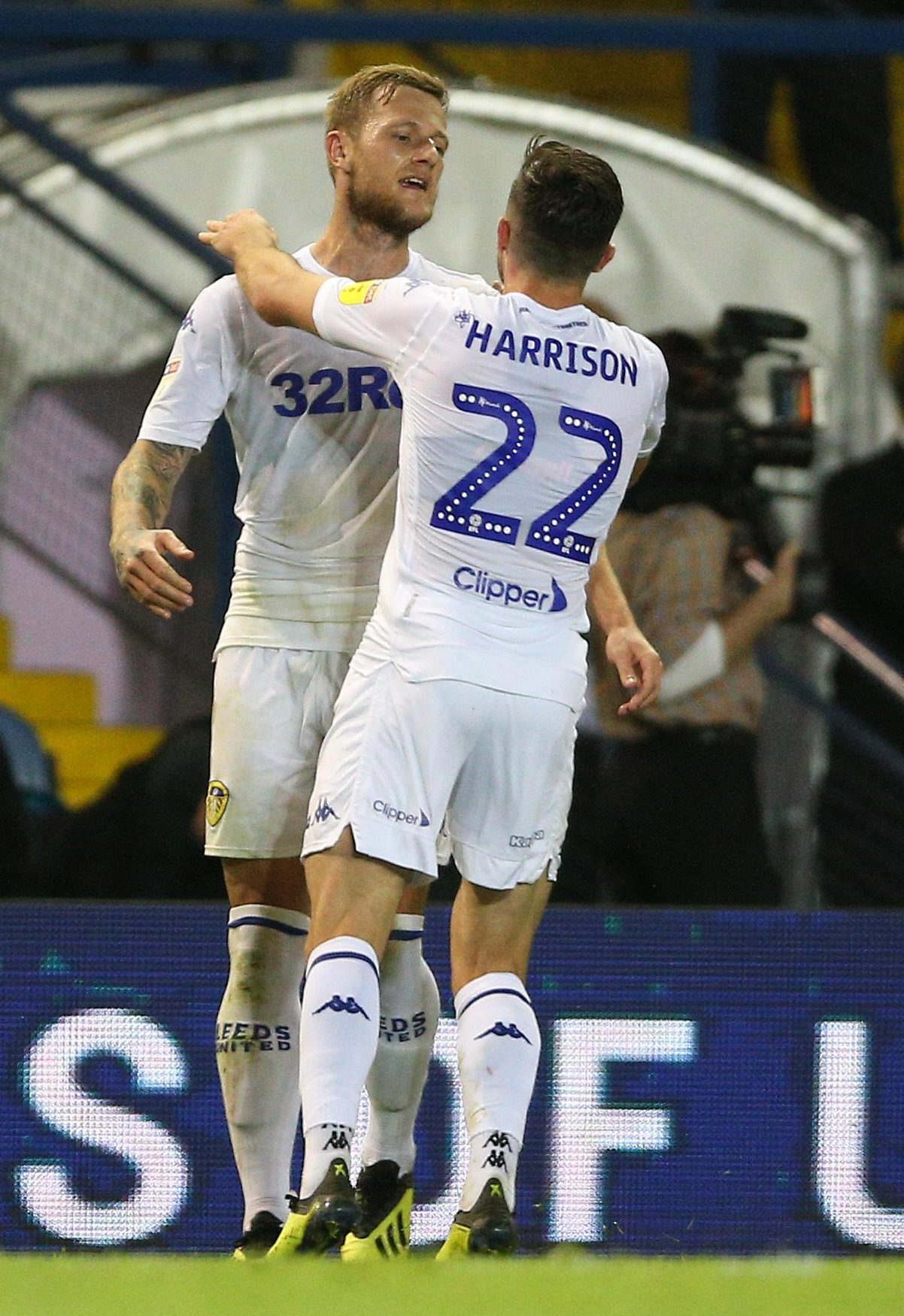 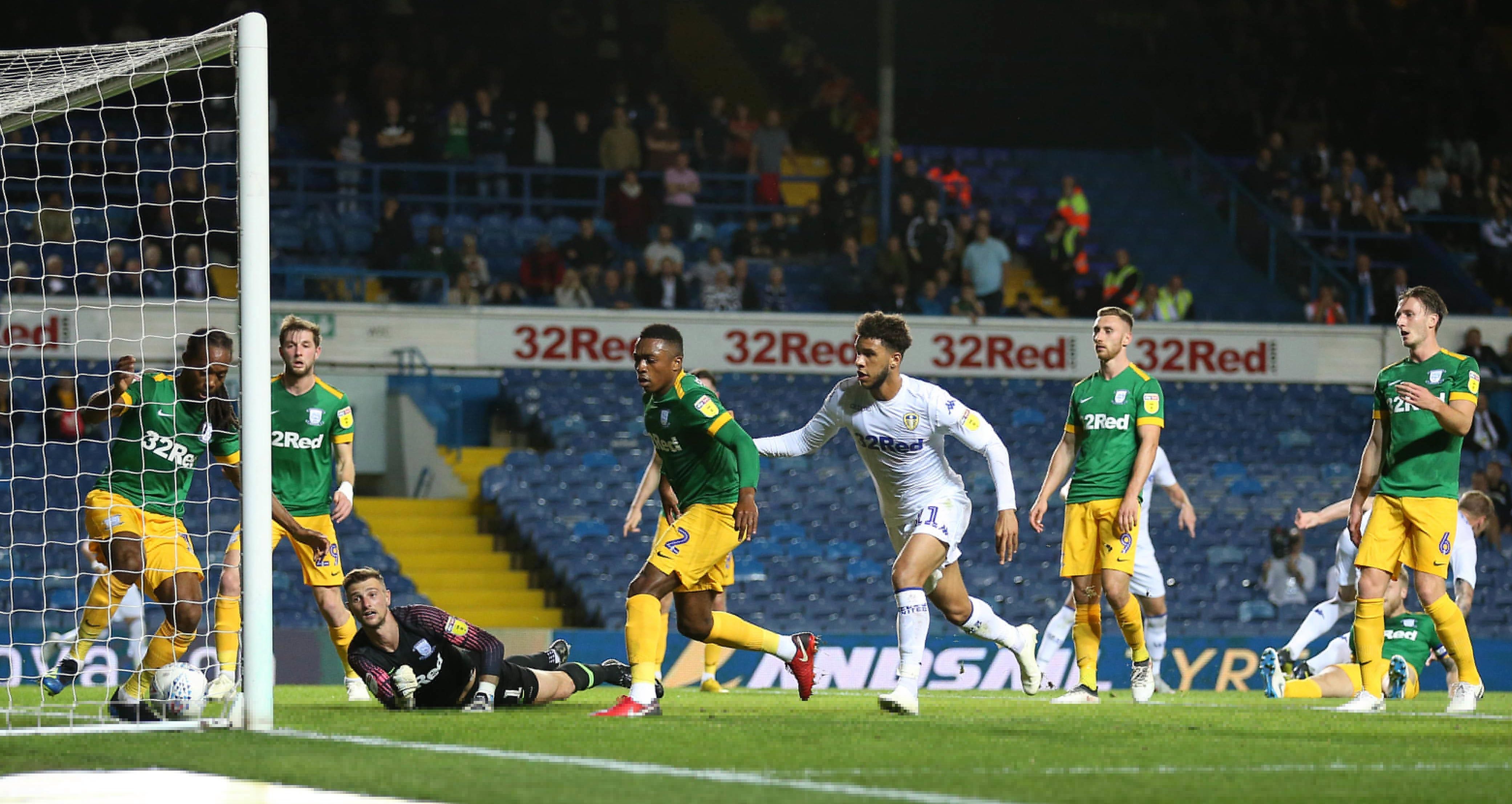 It was all downhill from then on, with Christiansen finally paying the price for his side’s failures on the pitch by getting the bullet last February.

His successor Paul Heckingbottom was unable to turn around United’s flagging fortunes and he was fired at the end of another disappointing term.

Enter Marcelo Bielsa to transform the Elland Road outfit from serial losers into winners by combining a strict disciplinary code with a brutally tough training regime.

That is the reason why his side went into this clash back at the point they were at a year ago — top of the table and undefeated in their opening seven league outings. 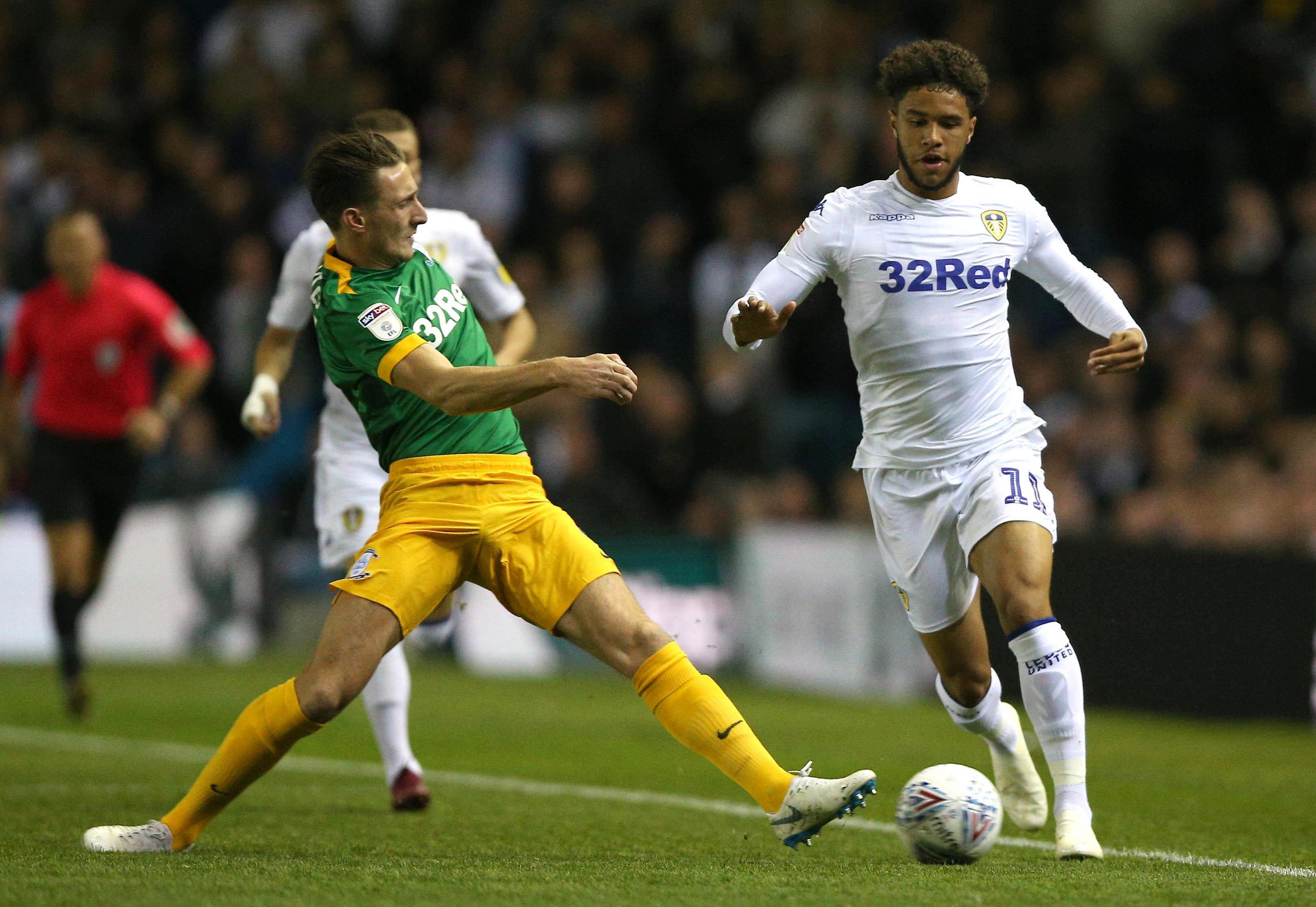 There is no question that United now look like they possess the mental strength as well as the physical talent to last the course this time — although a mini injury crisis is nagging away at them.

That left Bielsa with little option but to name the same starting line-up that battled their way to a 1-1 draw at Millwall last Saturday — while the Argentinian coach also tagged Preston a “special” team as the only side to beat Leeds this term.

Three weeks earlier, the Lillywhites came away from this famous old ground with a 2-0 Carabao Cup triumph. 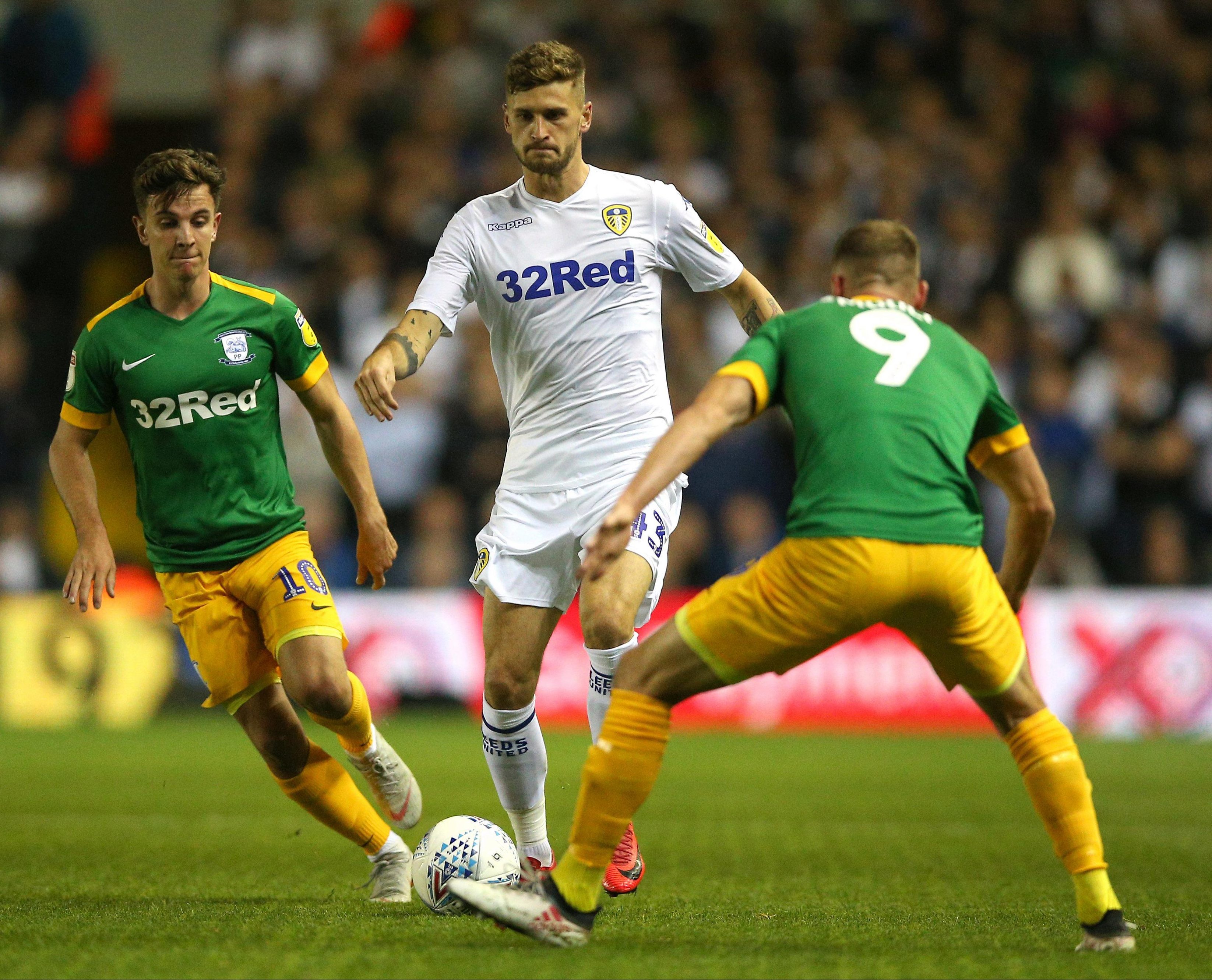 It was a rare highlight in what has been a difficult start to the season for the Deepdale side.

Just one win from their first seven Championship games had seen boss Alex Neil’s boys tumble into the drop zone.

But they had midfielder Alan Browne and striker Josh Harrop back from injury to boost their hopes of racking up another shock win over their lofty hosts.

And they looked nothing like a team harbouring any kind of inferiority complex as they put together a confident opening burst, which came close to furnishing them with a sixth-minute lead.

Wide boy Callum Robinson brushed aside a challenge from Luke Ayling, then cut inside before letting fly with a delicious 20-yard curler. The shot was brilliantly finger-tipped behind by keeper Bailey Peacock-Farrell at full stretch.

Daniel Johnson then warmed Peacock-Farrell’s palms with a fierce low drive from the edge of the box before the hosts got a foothold on the game.

Leeds squandered a glorious chance to go in front on 13 minutes when midfielder Jack Harrison, on loan from Manchester City, released Mateusz Klich with a defence-splitting through-ball.

Klich, with only keeper Declan Rudd to beat, looked a certain scorer — but the Polish international hitman disappointingly dragged his low effort wide.

The home side did have the ball in the net on the half-hour through Ezgjan Alioski’s effort, though it was rightly ruled out for offside by ref Geoff Eltringham.

North End were being pressed into desperate defensive duty as Leeds piled on the pressure but their brave resistance came to an end before the break. 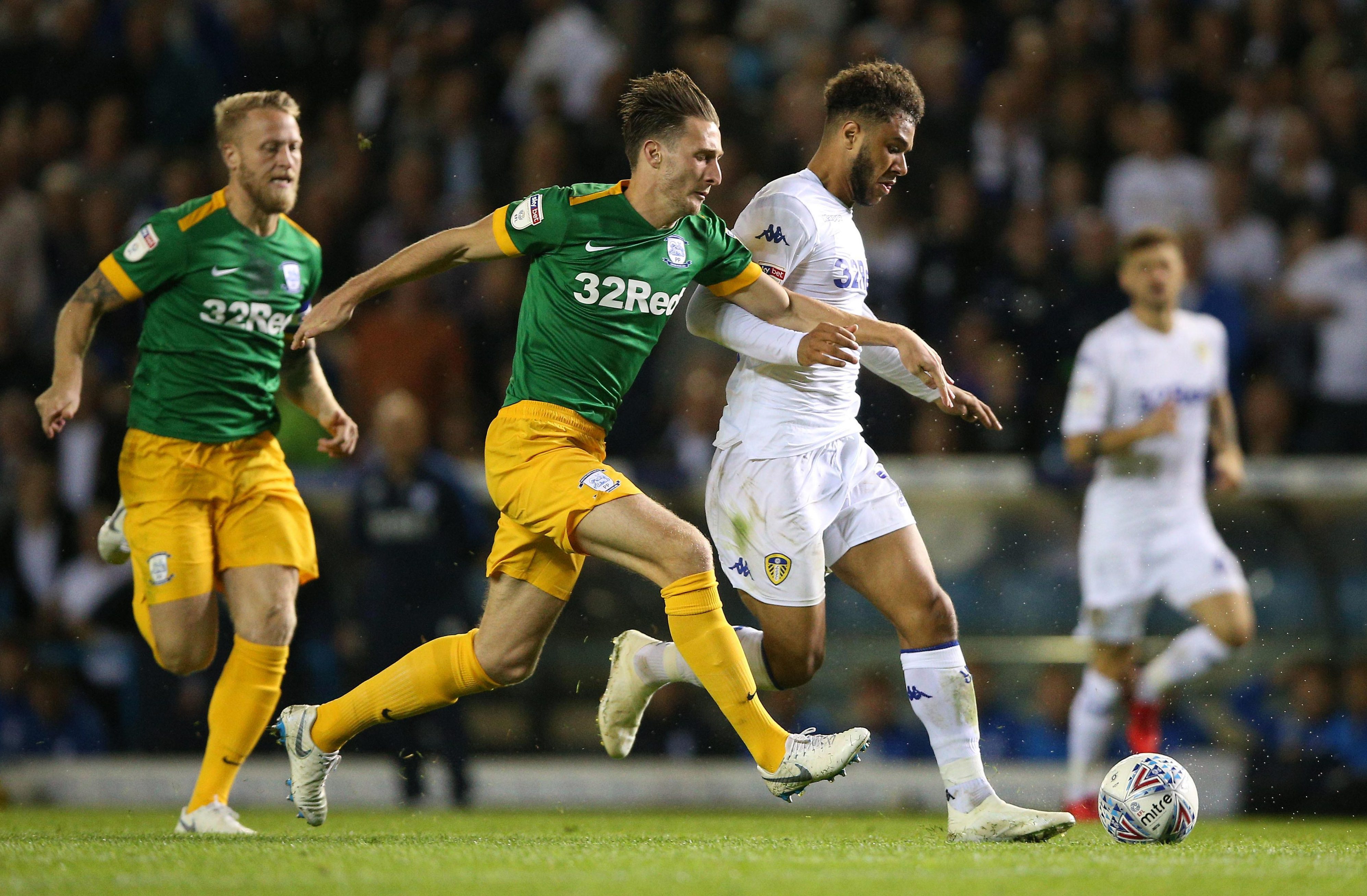 Barry Douglas, the set-play maestro mysteriously discarded by top-flight Wolves in the summer, picked out Liam Cooper with a precision corner.

Centre-back Cooper did not make the best of contacts with a diving header but it was good enough to deceive Rudd. He could only push the ball on to his right-hand post before it nestled in the net.

United should have doubled their advantage three minutes later.

Klich, however, chalked up his second bad miss of the night by blazing over the bar from 12-yards.

Dead-eyed Douglas was again the provider — this time from a free-kick — for Pontus Jansson to have a diving header turned away for a corner by centre-back Ben Davies.

The hard-working Robinson had the ball in the net for the Lilywhites on 57 minutes but, once again, the officials were right to rule out the effort for offside.

If anyone deserved a goal for his efforts it was Robinson and he came close again with a wicked angled effort which flew inches over the bar.

Harrison then fired against the post before Roberts conjured up his first goals for the club since arriving from West Brom in January.

The Welshman notched after 74 minutes with a lob and sealed it eight minutes later with by heading home a Klich cross.