WE didn’t actually think they could do it, did we?

Leicester, the miracle men of 2016, had become the only side who could stop Liverpool from a first league title for 30 years. 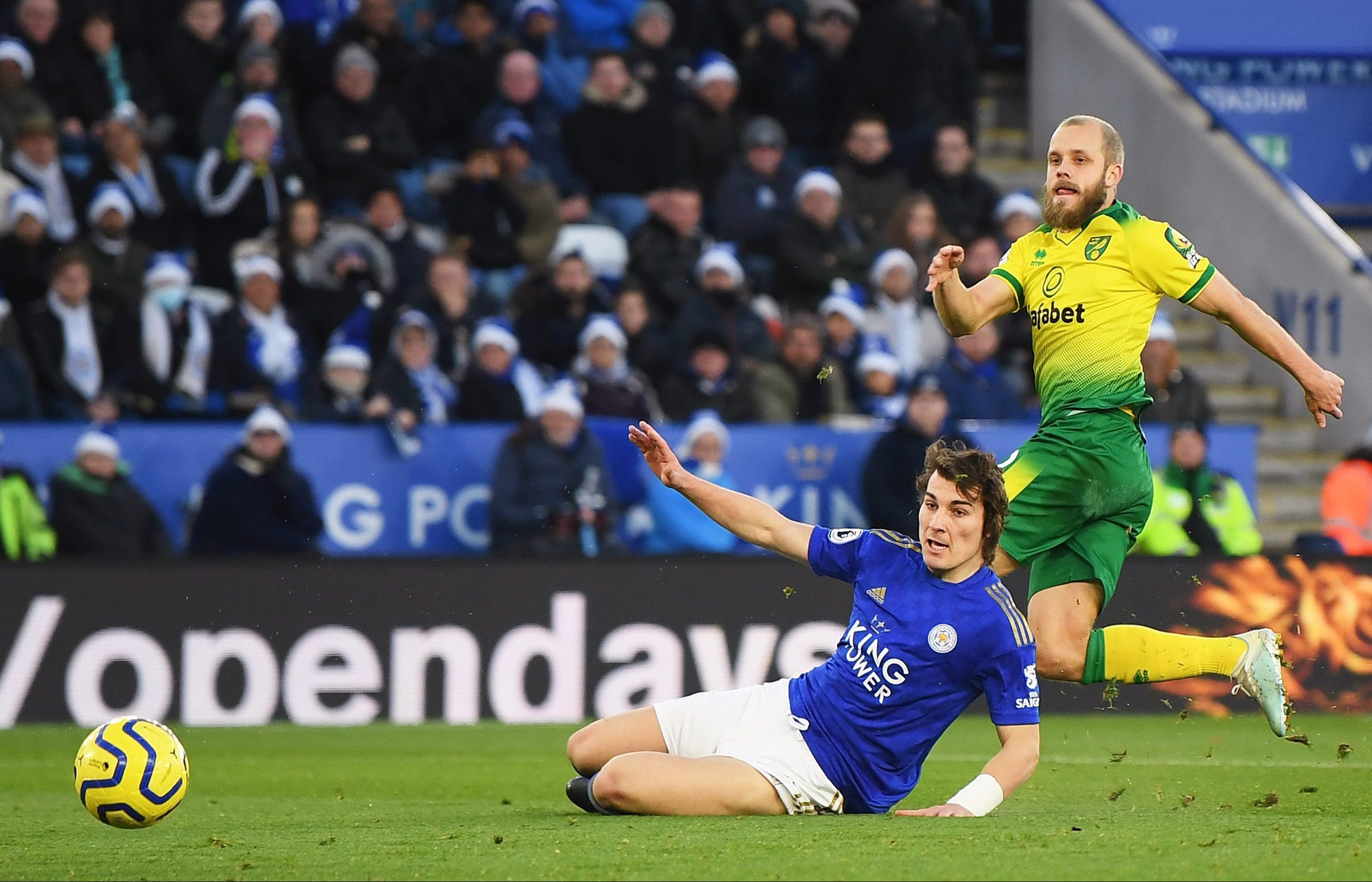 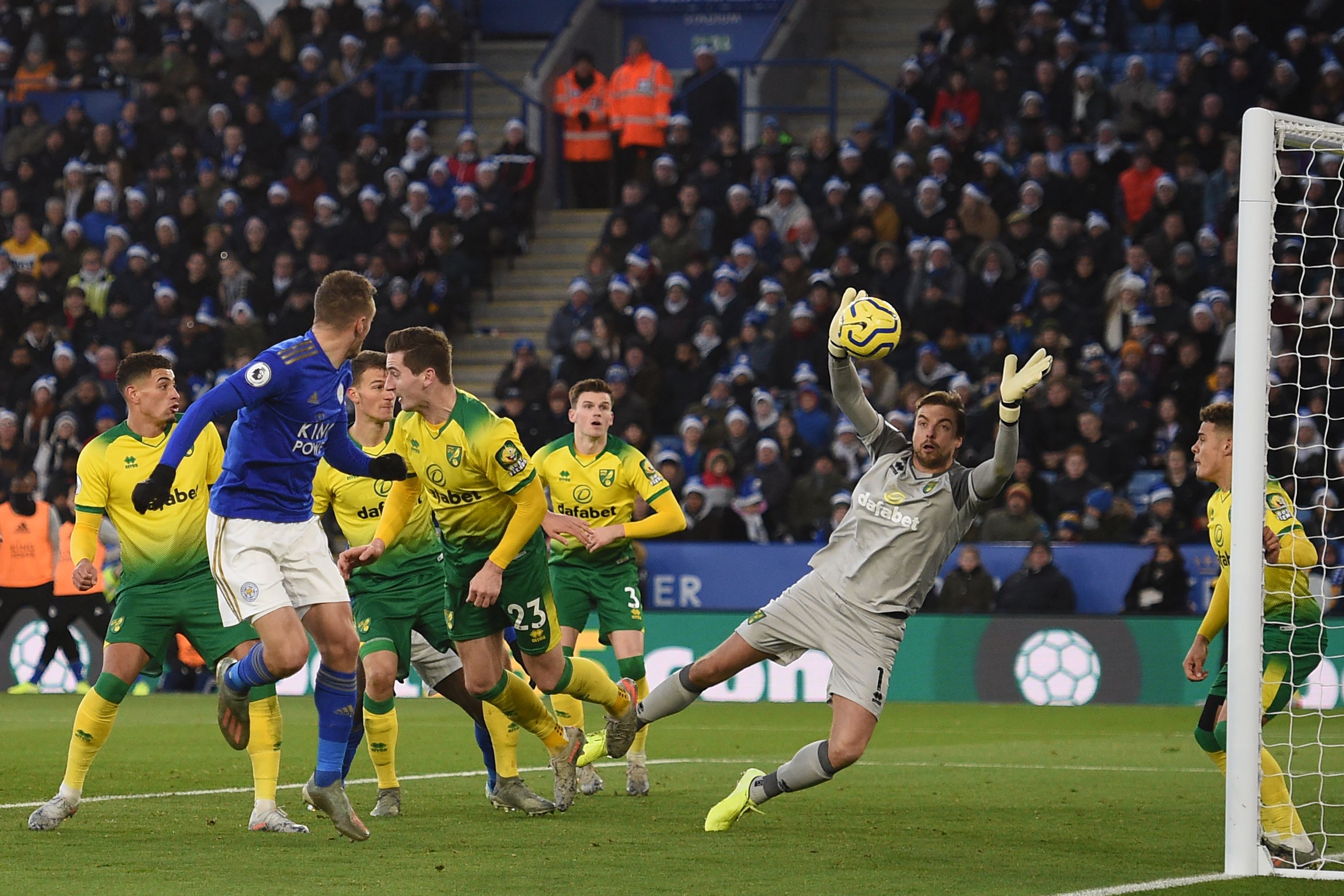 Manchester City’s injury list had proved too crippling, the likes of Chelsea, Tottenham and Manchester United nowhere near good enough.

Brendan Rodgers, who came so close to ending the Reds’ barren spell five years ago, was the last man standing with his fearless Foxes.

But after this draw to lowly Norwich, the gap is now ten points to Jurgen Klopp’s table-toppers and surely too much to hunt down.

Leicester have been so good of late that a record-equalling tenth win a row in all competitions here seemed a mere formality.

Jamie Vardy scoring for the ninth league game in a row seemed likely.

This is the Premier League and even the worst teams are very capable on their day.

That was certainly the case here as the performance from Daniel Farke’s men belied their drop-zone position and in truth they were unlucky not to take all three points. 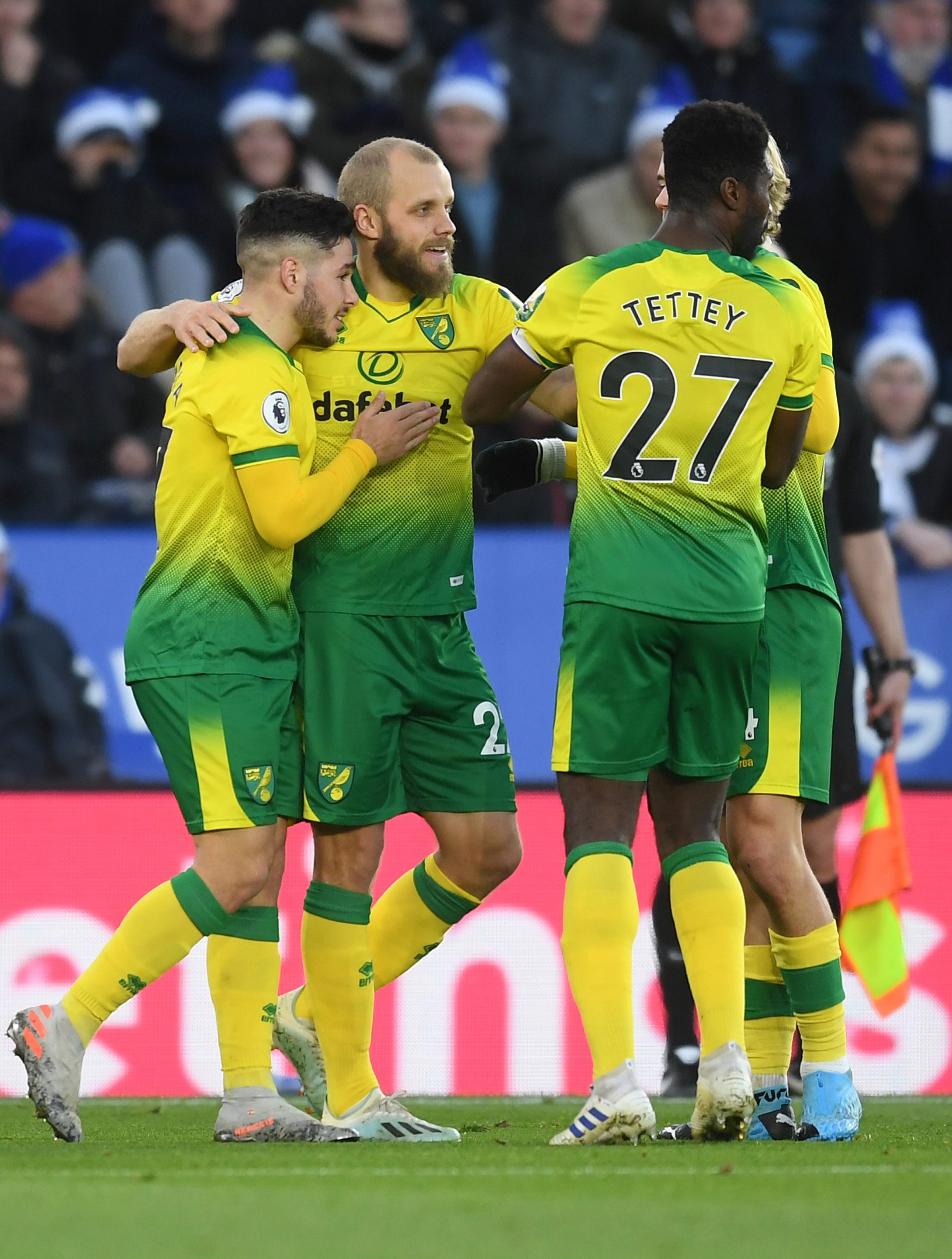 Teemu Pukki put the visitors ahead, supplying the sort of clinical finish that would suggest he will be playing Premier League football next season whether or not Norwich stay up.

Vardy thought he had his goal on 38 minutes as Leicester equalised.

But in an outcome that summed up his and his side’s frustrating day, it turned out his header was going wide and the goal was eventually awarded as a Tim Krul own goal.

In a sobering moment before the game that summed up how far the hosts have come in a short space of time, the guy on the tannoy urged fans to roar their side to a win to make the 40-point mark.

That milestone signifies Premier League safety and the self-deprecating rallying cry served as a reminder of Leicester’s recent past as perennial relegation battlers.

The Foxes of course are a world away from that these days but with this result even 40 points will have to wait.

Beyond a Youri Tielemans’ shot being spilled onto the post, it was Norwich who had the best of the early stages. 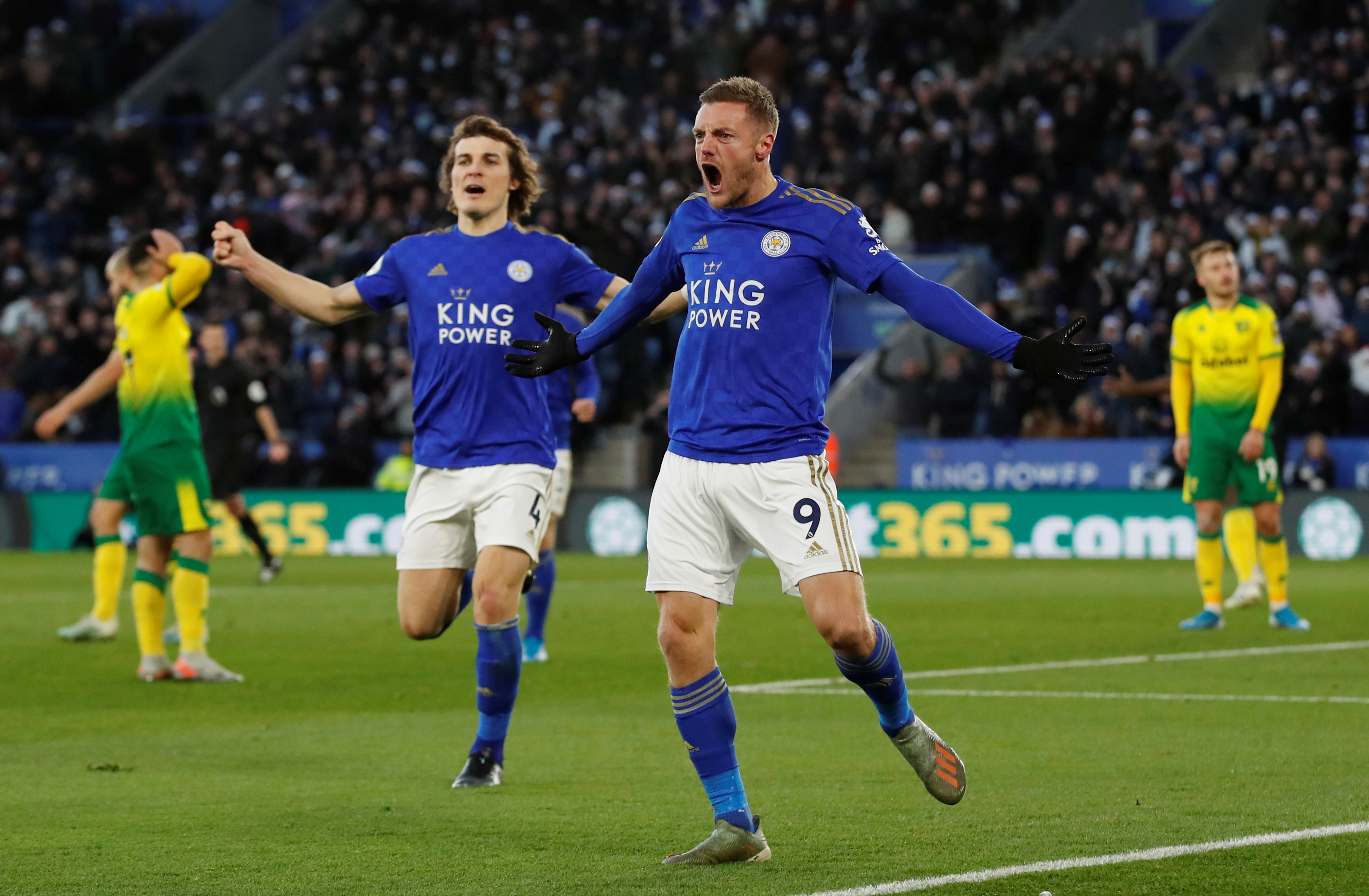 The Canaries almost broke the deadlock in style on 16 minutes as Max Aarons played a neat one-two and fired to the far post where Pukki should have netted but diverted wide.

It was a warning sign not heeded by the hosts as five minutes later, Pukki was sent racing through by an inch-perfect pass from Emi Buendia and slotted past Kasper Schmeichel.

Caglar Soyuncu had surprisingly been revealed before the game as the player to clock the fastest top speed in the Premier League this season with a time of 23.3mph.

But the Turk could get nowhere near Pukki here as the Finn made it three goals in four league games and nine for the season.

Then came the game’s major flashpoint.

Buendia hit the deck claiming injury near the halfway line, but Leicester played on under ref Andrew Madley’s instructions until Tom Trybull eventually kicked it out of play.

Everyone in the ground then expected the hosts to give the ball back to Norwich. 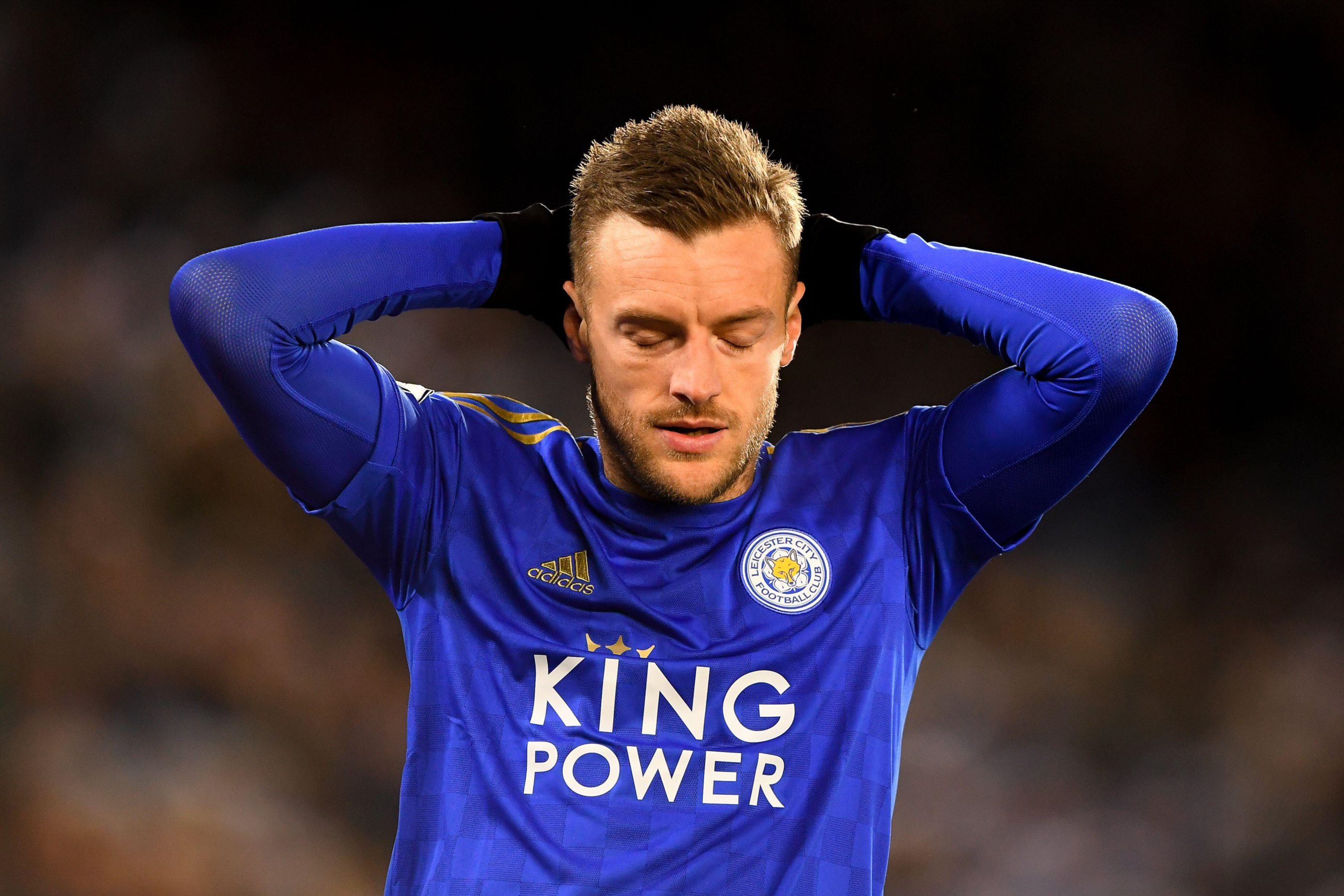 Everyone except Kelechi Iheanacho, who decided to run at at the visiting defence and was brought crashing to the ground by Christoph Zimmermann just outside the area.

A melee ensued as furious Canaries players surrounded the Nigerian as he lay on the deck.

There was even a VAR review for a possible red card as Todd Cantwell had been suspected of hitting Iheanacho in the face – but a check proved he did not.

Maddison rolled the free-kick chivalrously out of play but Iheanacho was still fuming over the incident.

While the ex-Manchester City man was still stewing, his side levelled things up in what had looked like Vardy’s ninth consecutive league game with a goal.

The Premier League’s top-scorer rose to head James Maddison’s corner goalwards and saw the ball fly in off Krul before wheeling away in celebration. 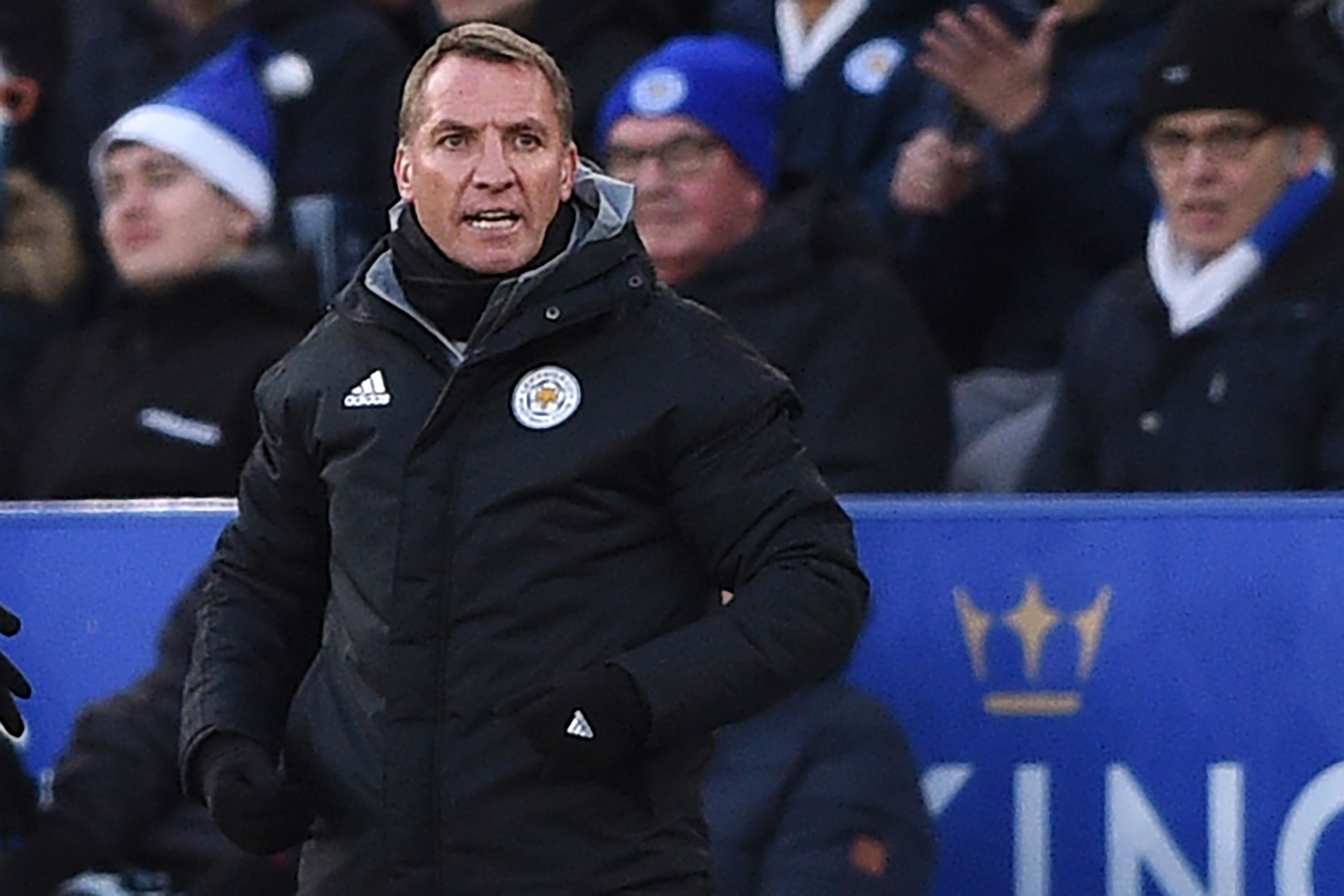 But replays proved Vardy’s header was going wide and it was Krul’s unfortunate intervention that saw Leicester equalise.

It was a poor goal to concede and must have left Farke fuming given how dominant his Yellows had been.

Rodgers then decided to haul off Iheanacho for Demarai Gray, with still six minutes of the first half to play.

The striker overtly took the hook well, shaking hands with his manager – but inside he must have been seething.

The change, and that of Harvey Barnes at half-time, did little as Leicester failed to find a way through after the break.

Vardy did hit the post and forced a good stop from Krul.

But it was Norwich who looked likeliest with last-ditch challenges from Soyuncu and Ricardo Pereira needed to deny Pukki a second.

Leicester have been and will continue to be fabulous this season.

But slip-ups like this show why catching Klopp’s immaculate Reds looks a step too far.