The eight-seater helicopter belonging to the billionaire chairman had flown from the pitch live on TV moments before the crash. 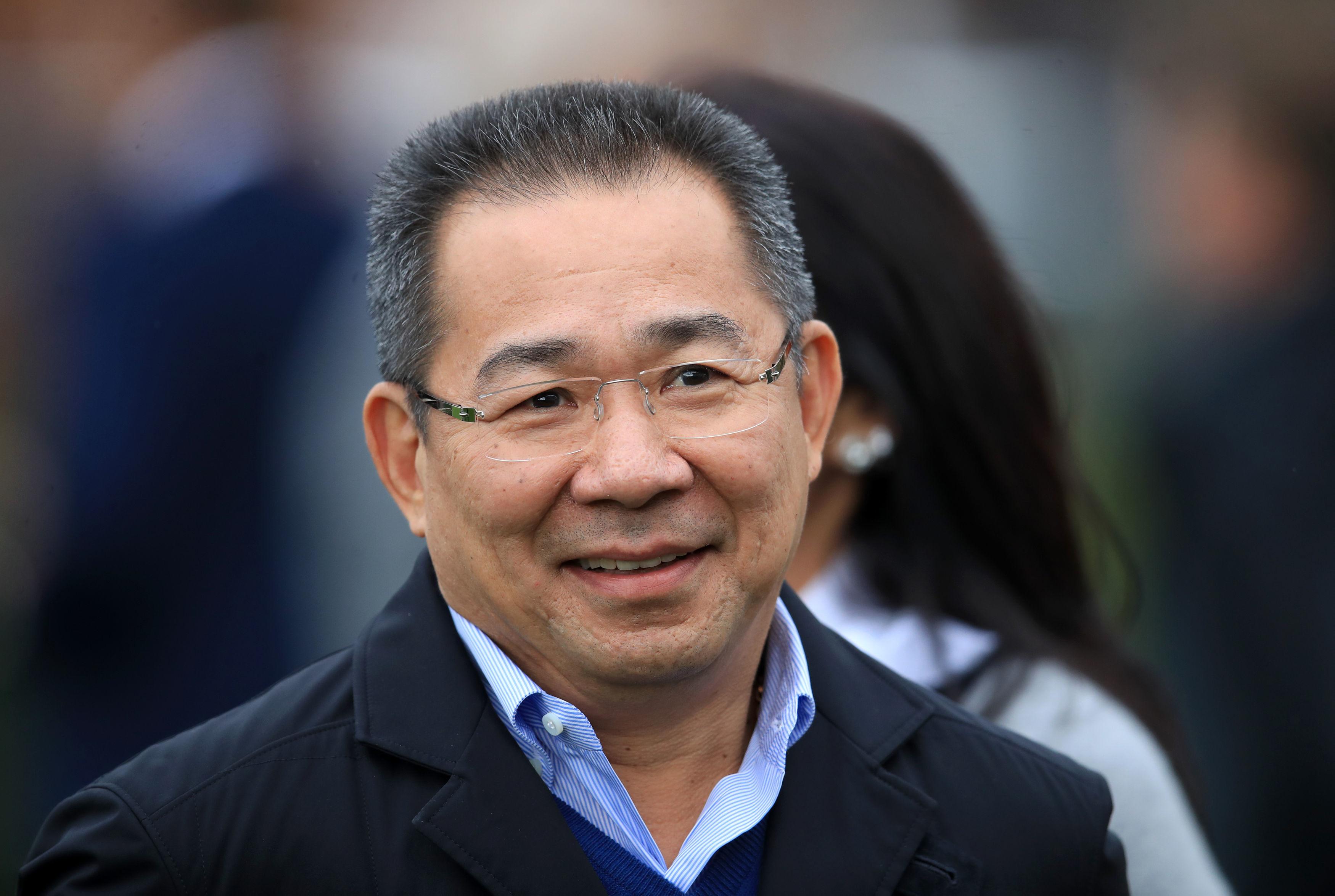 The helicopter took off at around 8.45pm and nosedived in a ball of flames less than 200 yards away just seconds later.

A source close to the chairman's family told the BBC that Mr Srivaddhnaprabha was on board the aircraft at the time of the horror incident.

However it is unknown how many other people were on board the helicopter.

Eye-witnesses said the AW169 helicopter spiralled out of control in the air with an apparent problem with the tail fin. 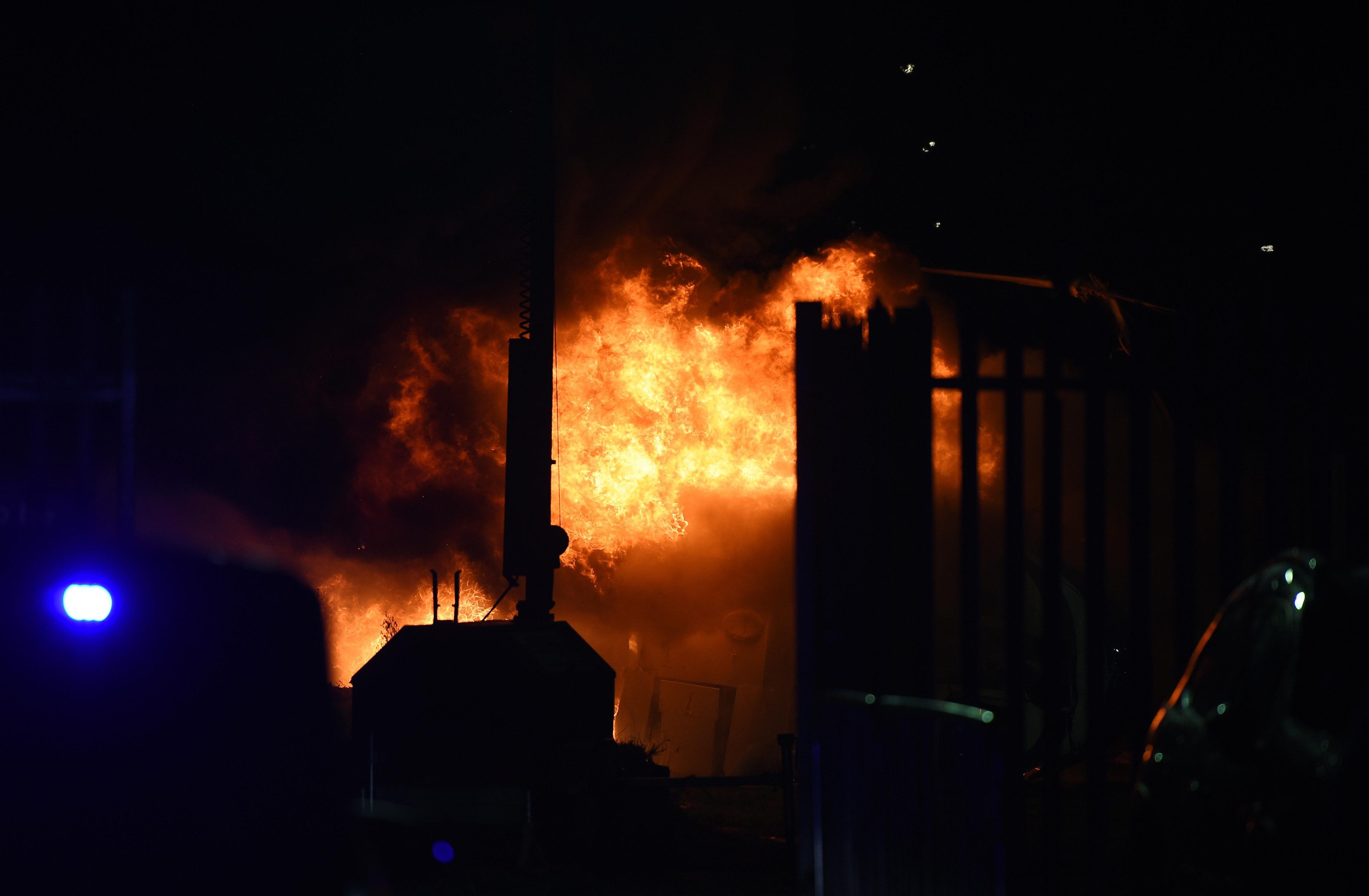 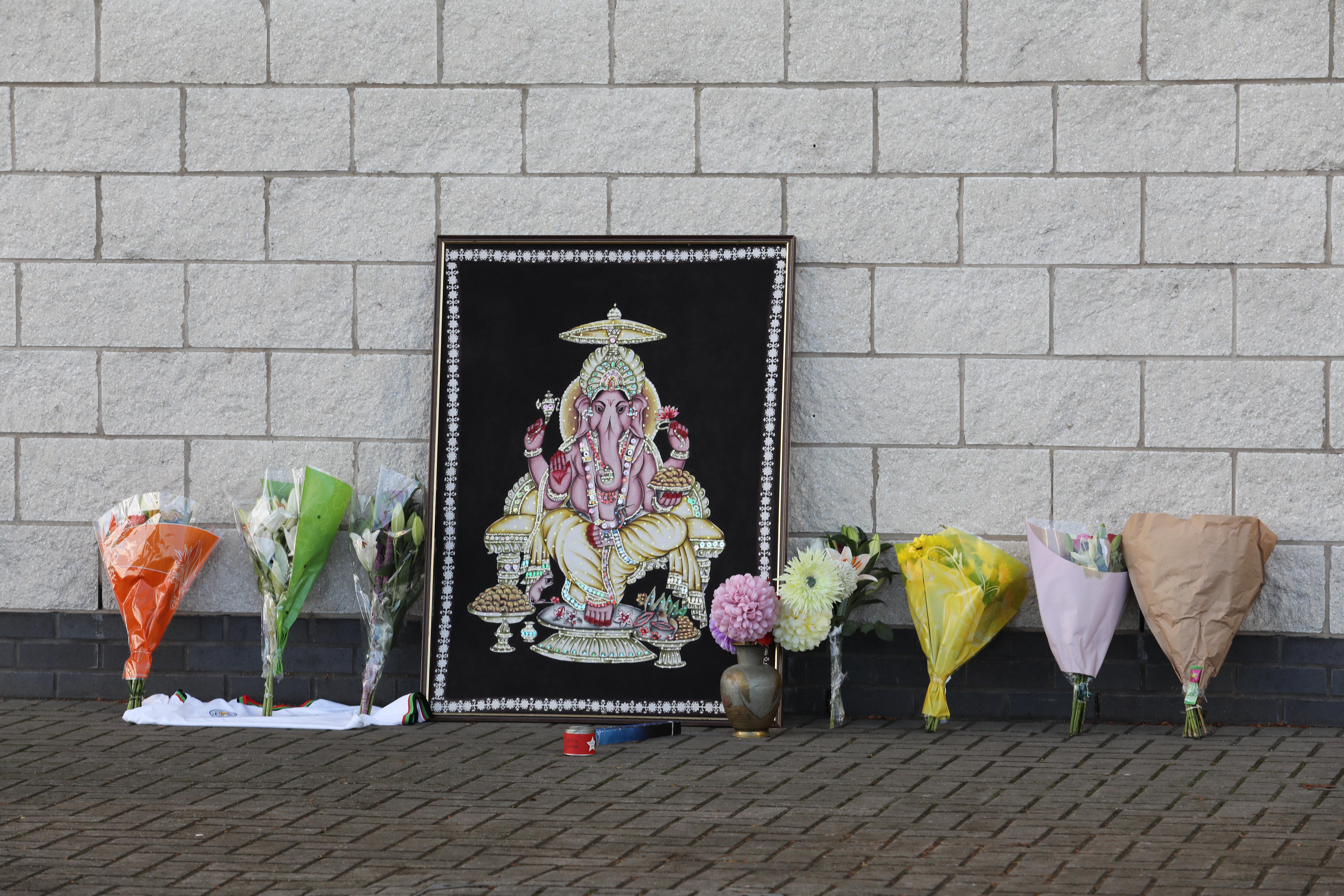 The billionaire's company King Power has said it will release a statement later today.

Floral tributes have started appearing at the stadium this morning.

Images taken at the scene show the helicopter engulfed in flames as fans leaving the ground watched on in horror.

Supporters were forced to run for their lives from debris falling to the ground as the helicopter crashed.

The chairman's son Aiyawatt, who is the club’s vice-chairman, and director of football Jon Rudkin were not on board, according to sources. 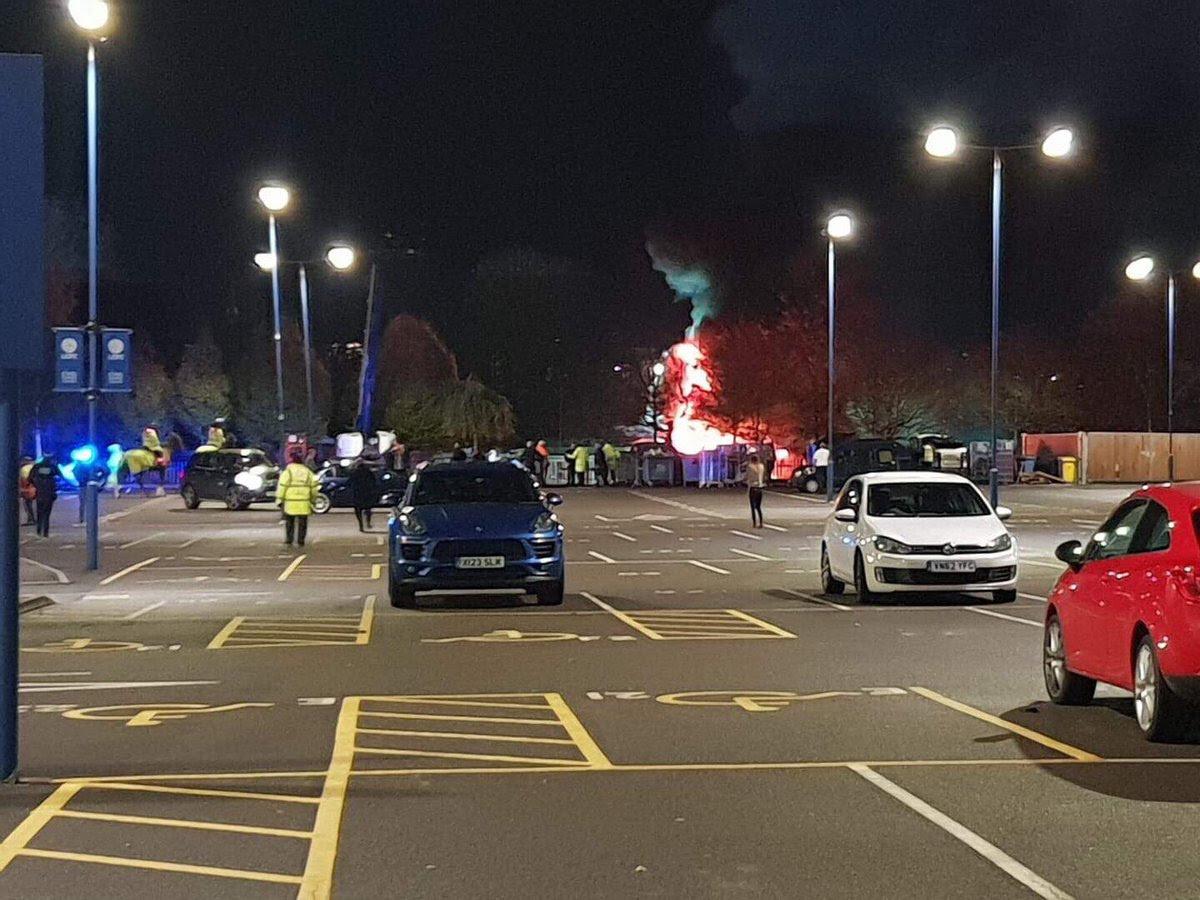 Leicester City goalkeeper Kasper Schmeichel was seen in tears outside the stadium as fire crews doused the flames.

The wife of England and Leicester City legend Peter Shilton was among the eye-witnesses who saw the horror unfold.

Stephanie Shilton, 50, said: "It happened straight in front of us as we were leaving the ground. 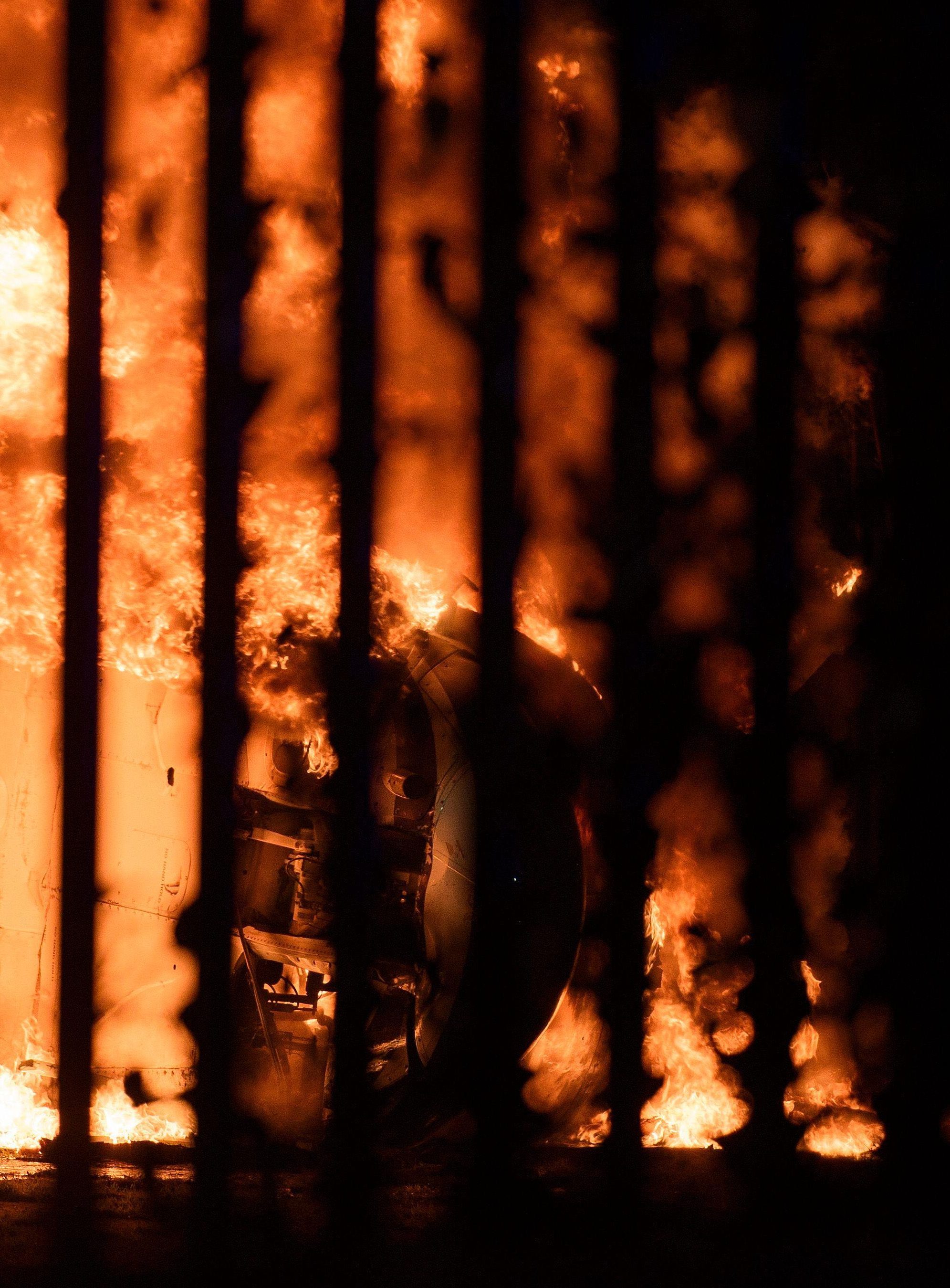 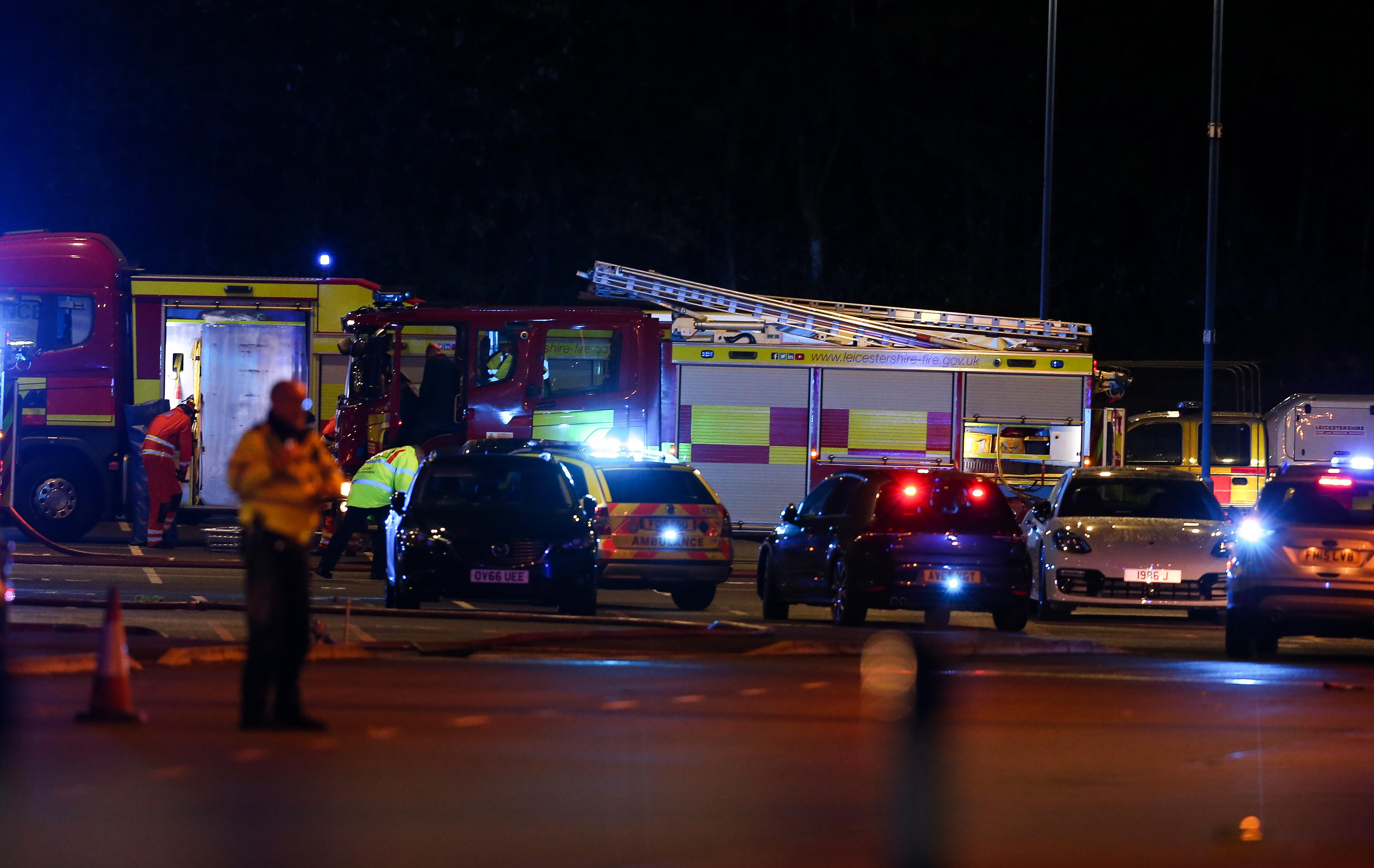 Leo Bruka, 27, who lives near the stadium, told The Telegraph he was driving home from work when he saw the helicopter falling.

He said: "I saw the helicopter coming down, it was spinning very quickly."

One man, who wished not to be named, but has had a season ticket for over 40 years, said: "I saw Kasper Schmeichel run out first and then loads of security guards and stewards.

"I was stood outside the ground but it crashed on the other side. I hope everyone is OK." 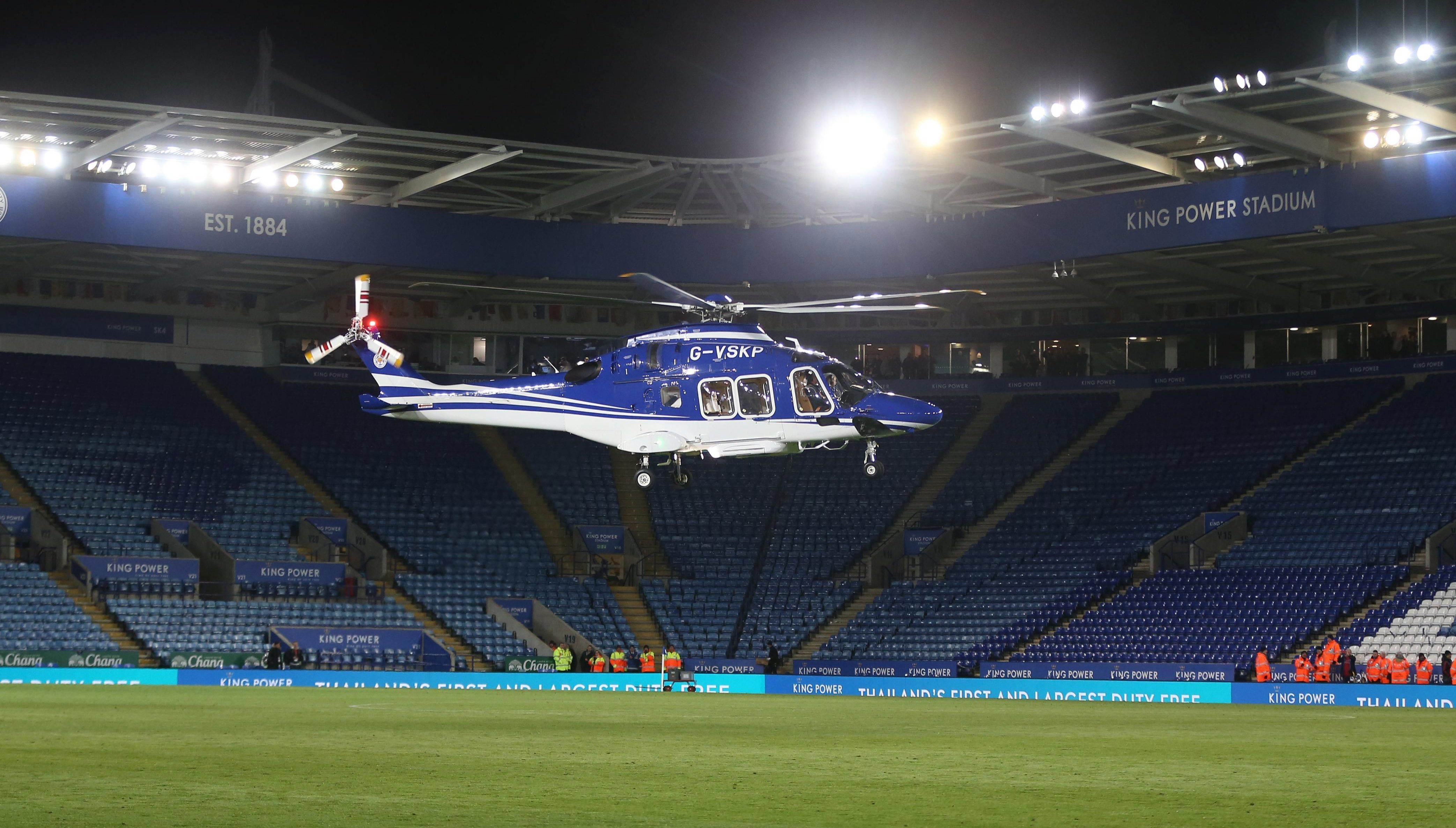 Srivaddhanaprabha is well-known for leaving the stadium by his helicopter, which lands in the centre circle on the pitch, after every Leicester home game.

BT Sport pundit Jake Humphrey pointed to the aircraft from the studio during a live broadcast at the stadium and said: “As you can see the owners are now heading off.”

The crash was then confirmed by the host live on air and the programme brought to an early end as the crew was evacuated from the stadium.

Leicester had just played West Ham in a 1-1 draw in the Premier League. The 5.30pm kick-off finished at around 7.30pm.

Thai billionaire Srivaddhanaprabha is the founder of King Power Duty Free and is worth around £2bn.

He bought Leicester City Football Club in August 2010 and invested millions into the club.

Premier League football clubs and players have expressed their shock since the news broke.

Leicester stars and England internationals Harry Maguire and James Maddison were among those to share tweets showing their prayers are with those on board with a series of emojis.