It was the Foxes' first game since the shocking helicopter crash that saw owner Vichai Srivaddhanaprabha die along with four other people. 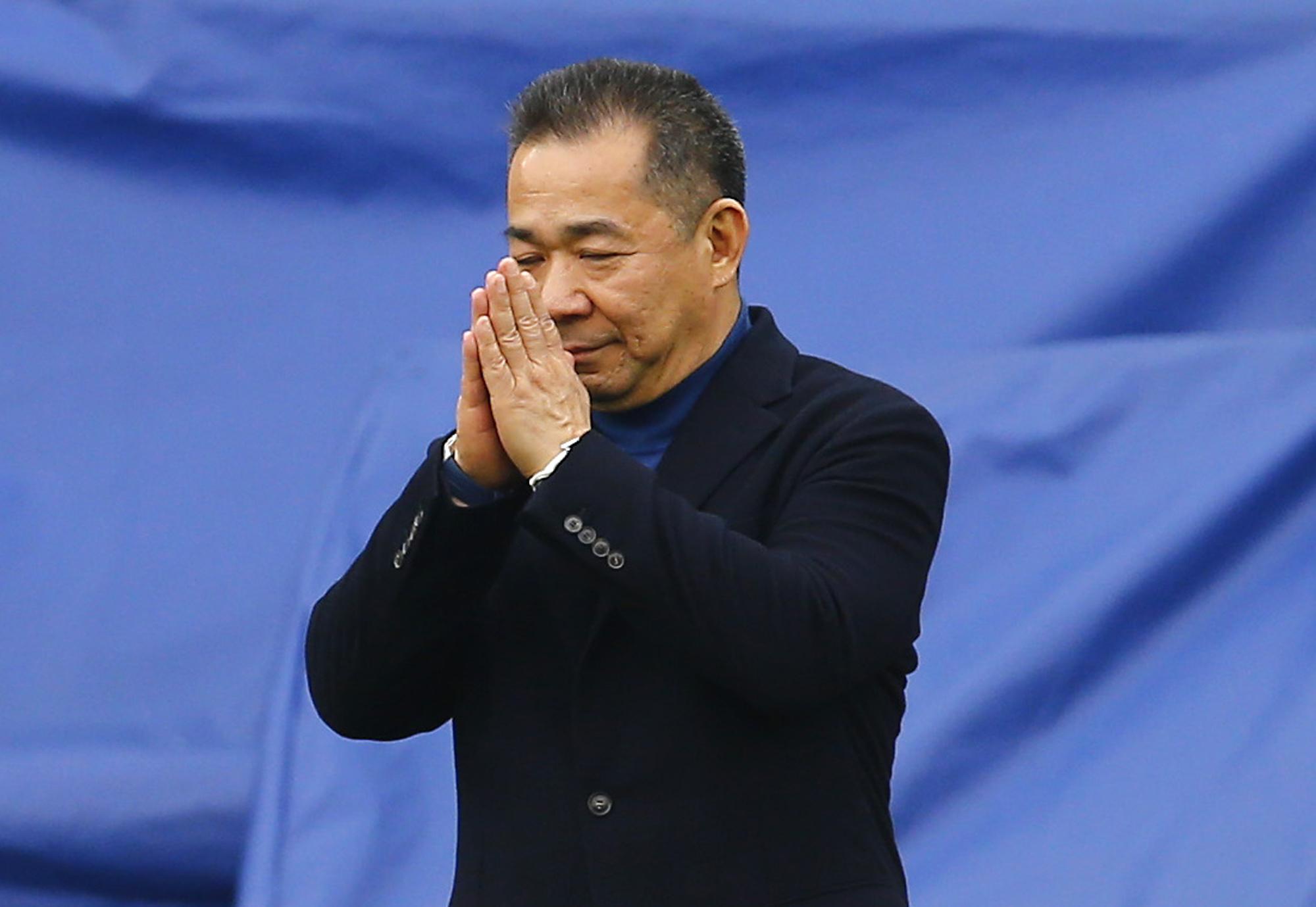 But Demarai Gray's solitary goal proved to be the perfect tribute for Vichai and his family.

And at the end of the game at the Cardiff City Stadium, fans stayed behind to show their appreciation for the players' efforts.

The two parties applauded each other on what has been the most emotional week at the club.

Before the game the team’s visibly moved stars wore T-shirts with Mr Srivaddhanaprabha’s face and the word “Boss” on in tribute to their much-loved chairman. 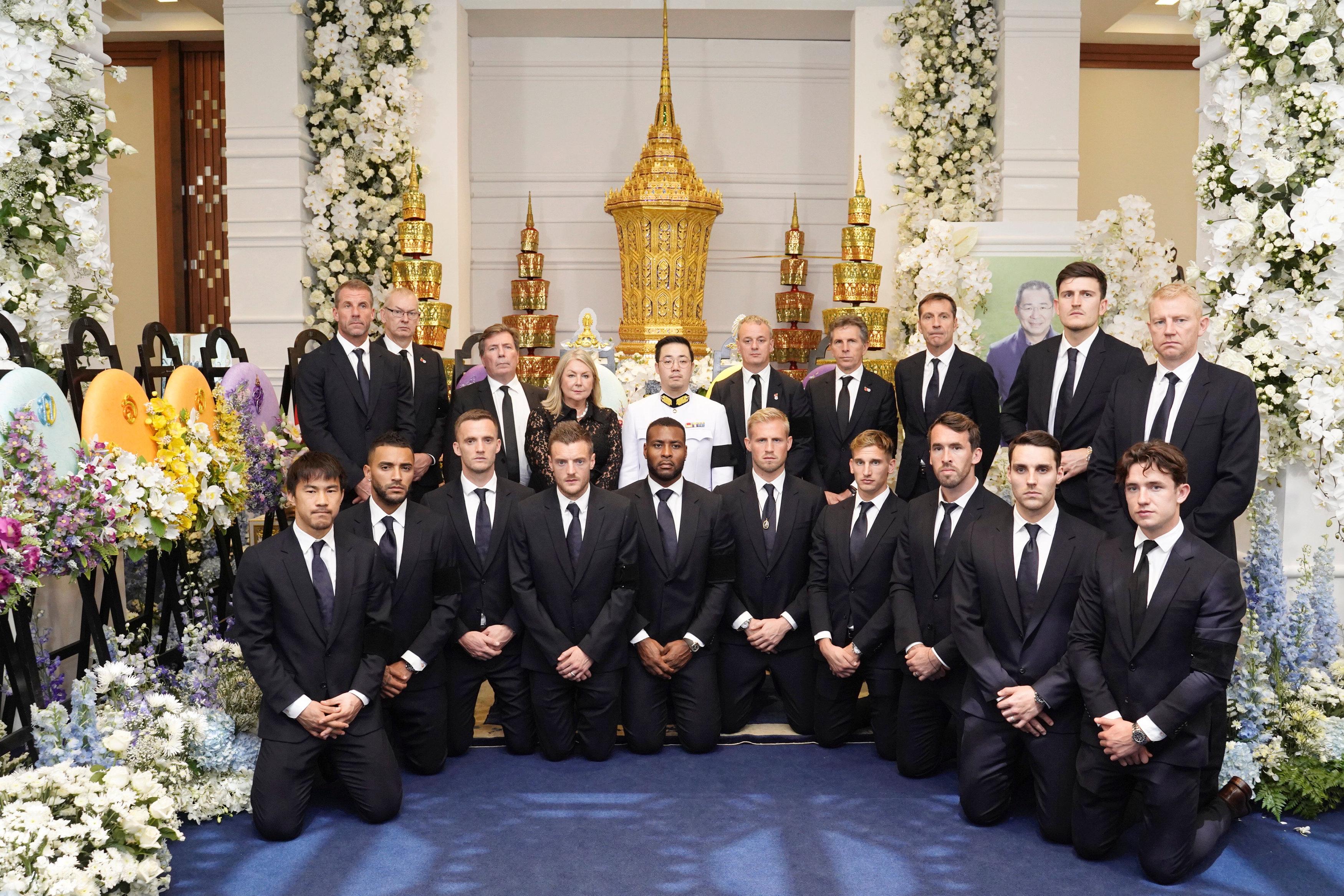 In a perfect tribute to the 60-year-old billionaire Gray scored a 55th minute winner and whipped off his dark grey Leicester shirt to reveal a message saying: "FOR KHUN VICHAI."

The world of football was rocked by the news, with tributes flooding in to a man known for his warmth, kindness and love of the beautiful game.

It was also revealed that Schmeichel was close to the scene when the chopper crashed and was left in floods of tears as he gazed upon the wreckage.

In a heartfelt tribute, the Danish goalkeeper said he was "totally devastated and heartbroken" by his boss's death. 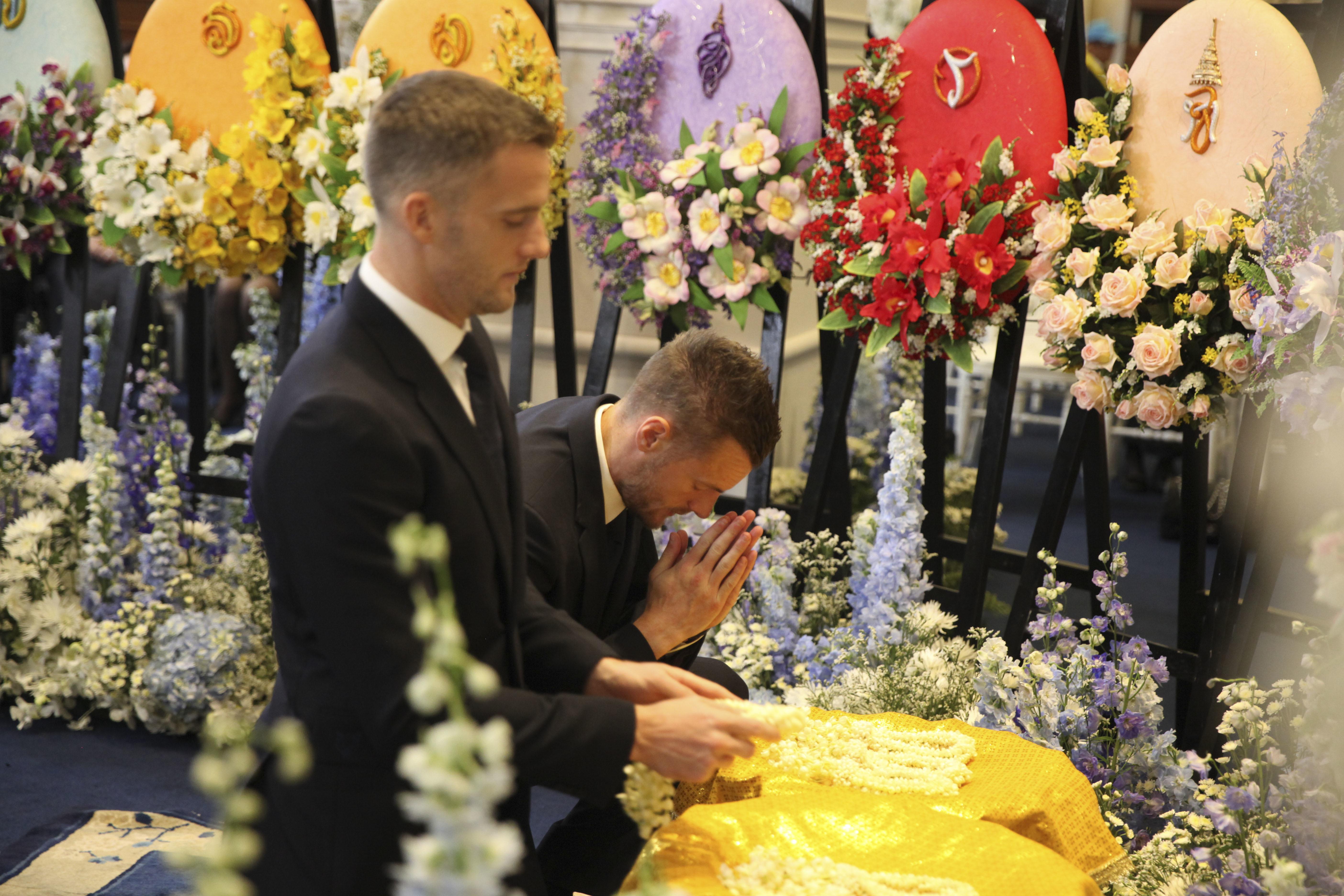 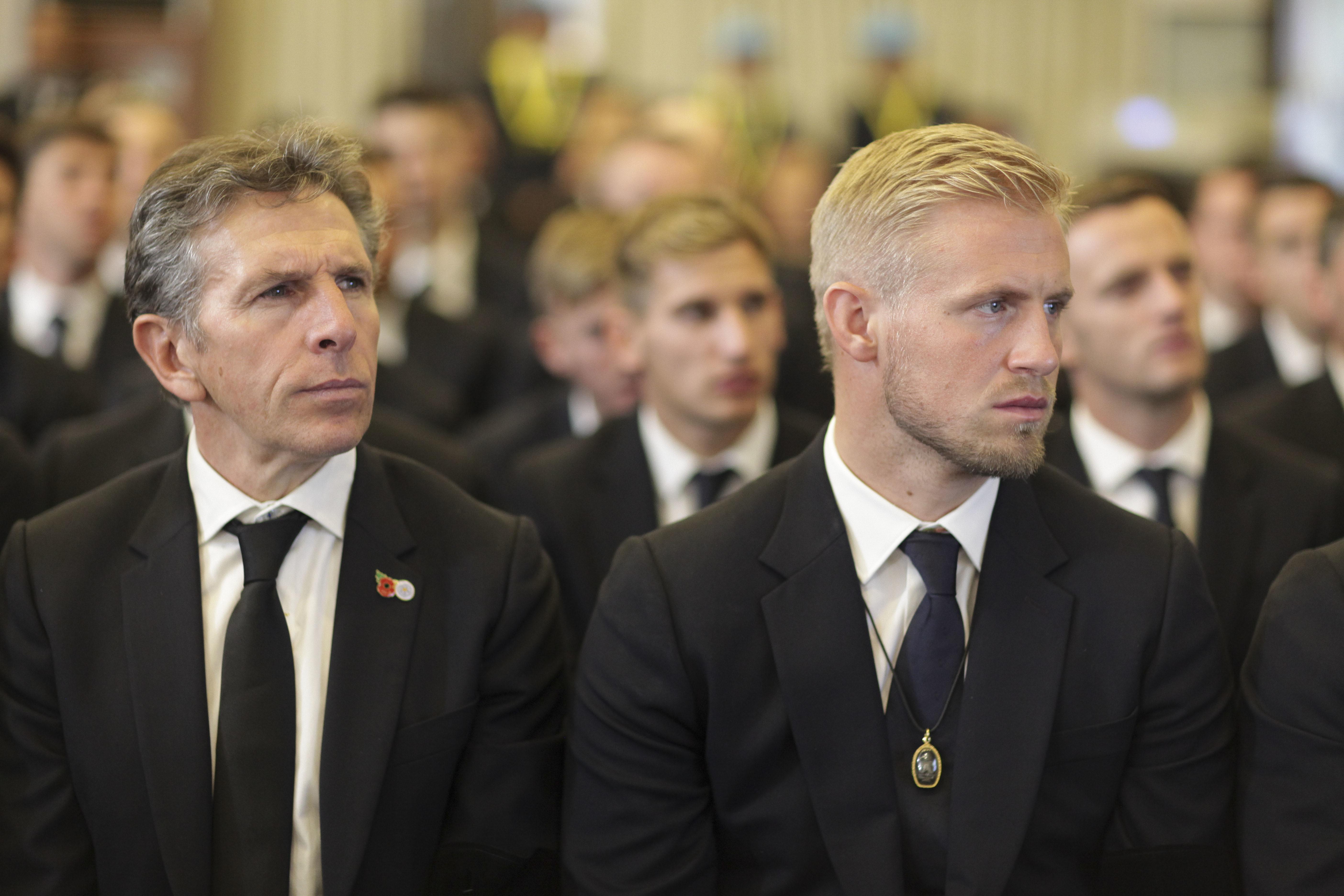 Mr Srivaddhanaprabha’s funeral will last seven days – having begun yesterday – and his remains will be placed in a giant gold urn donated by the King of Thailand.

And Leicester's players have flown out to Thailand to attend and pay their respects.

Jamie Vardy and teammates raced through the night, travelling 12,000 miles, to join the commemorations in the Thai capital today.

Wearing black suits with shirts and ties the squad looked sombre as they followed manager Claude Puel to the Wat Debsirindrawas Ratchaworawiharn Temple. 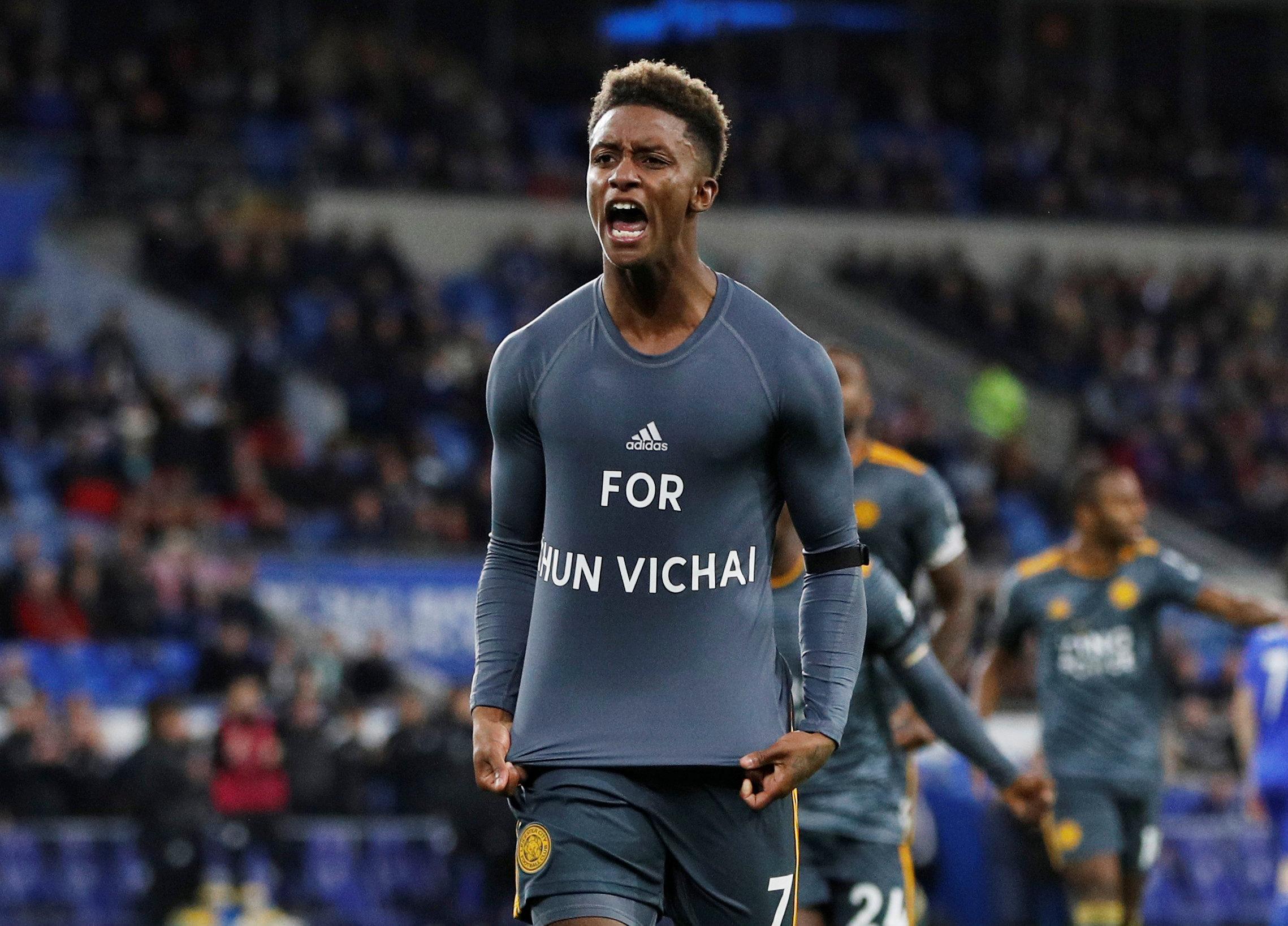 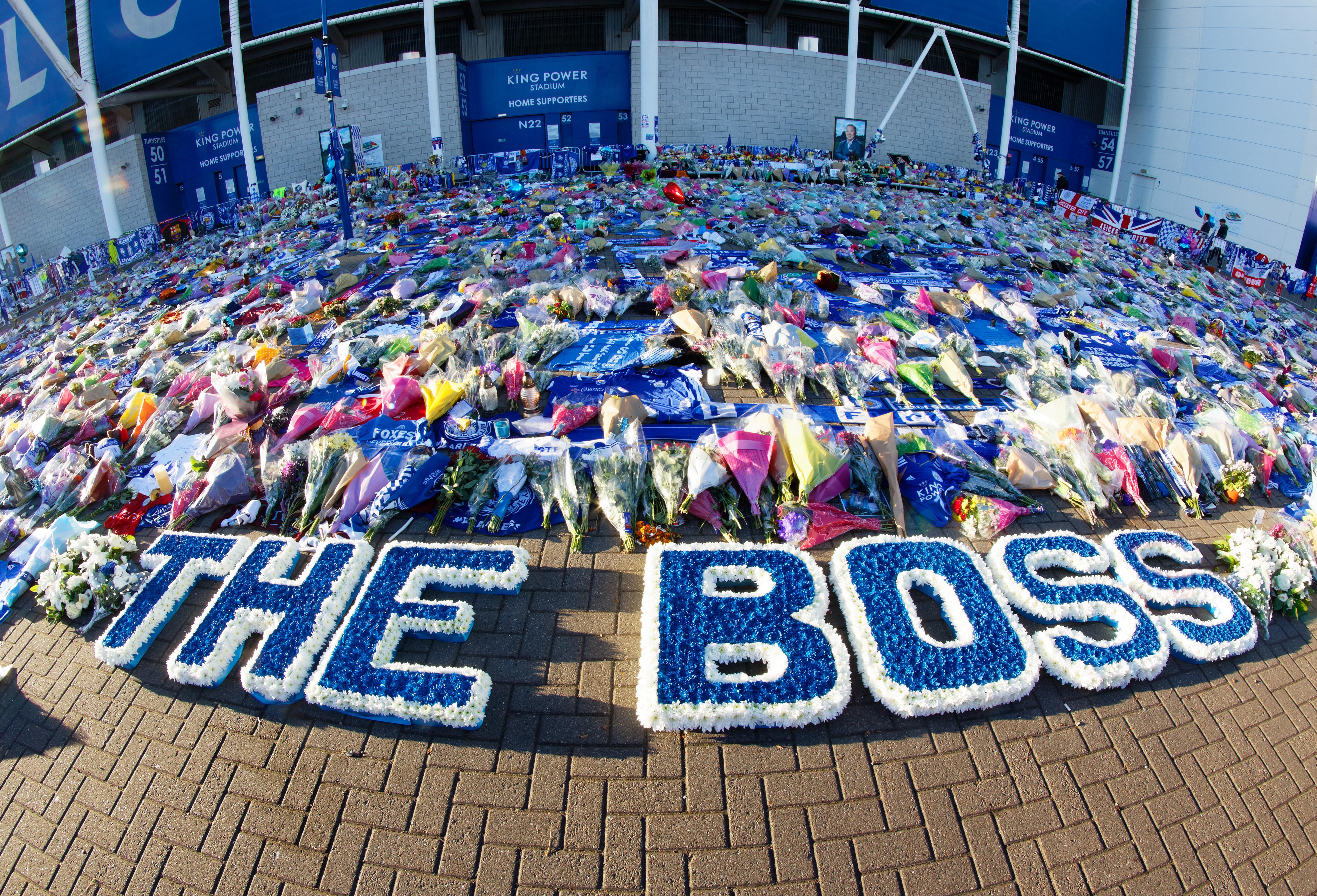