Leicester are expected to make a decision in the next 24 hours on whether the players feel ready to face Cardiff on Saturday following the death of owner Vichai Srivaddhanaprabha.

Current plans are for the fixture to go ahead but the mental state of the team is being assessed and the Premier League are sensitive to the unique trauma of the situation.

Players were still present at the King Power Stadium on Saturday night when Srivaddhanaprabha’s helicopter crashed, killing the Thai businessman and four others. Kasper Schmeichel was among those to witness the horrific scene of flames rising into the night sky. 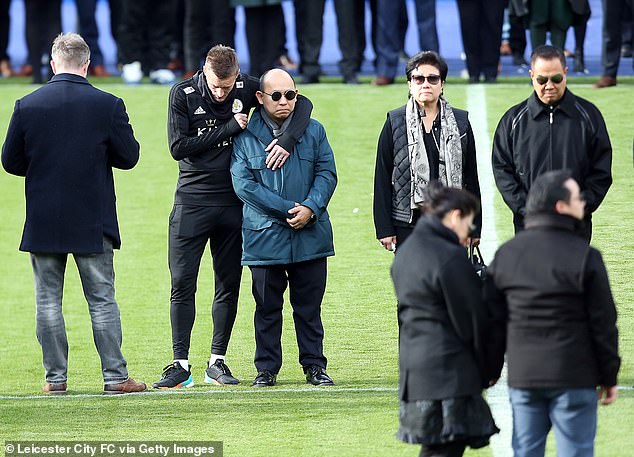 Leicester striker Jamie Vardy broke down into tears as he was approached by Aiyawatt ‘Top’ Srivaddhanaprabha, son of late club owner Vichai Srivaddhanaprabha who died in a helicopter accident outside the club’s stadium on Saturday 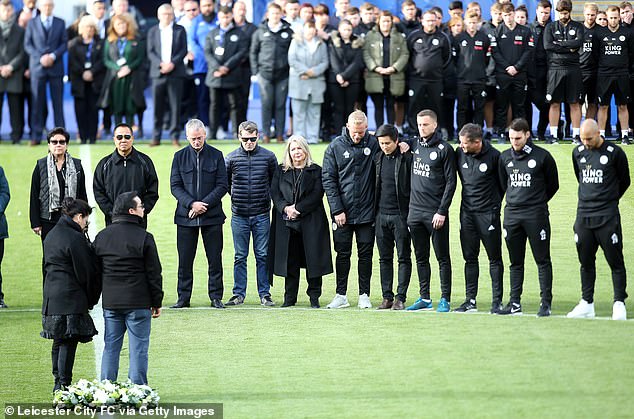 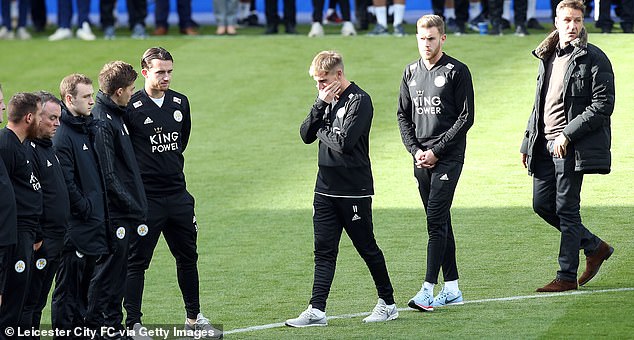 A number of Claude Puel’s team were visibly upset when attending the growing memorial of flowers and tributes outside the King Power on Monday, and again when Srivaddhanaprabha’s son Aiyawatt laid a wreath in the centre circle.

Srivaddhanaprabha had an unusually close bond with players due to his long-standing association with the club, which dates back to 2010, his regular visits to the dressing room, and his benefaction to Leicester as a city.

Grief counselling was made available at the club’s Belvoir Drive training ground when the team assembled on Monday and it was an option taken up by several players.

The Carabao Cup tie against Southampton, due to take place on Tuesday night, was cancelled but Leicester are aware a call now needs to be made on Saturday’s trip to Cardiff City Stadium so supporters can makes plans. Players will be encouraged to express their feelings and the Premier League are available for dialogue.

The squad is due in for training on Tuesday and players are expected to partake in a session on the pitches after spending Monday talking through the devastating developments. 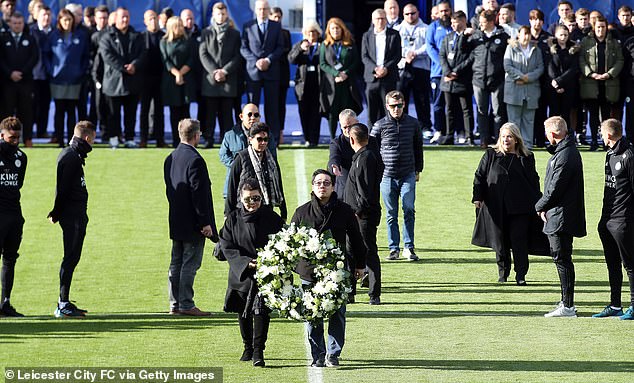 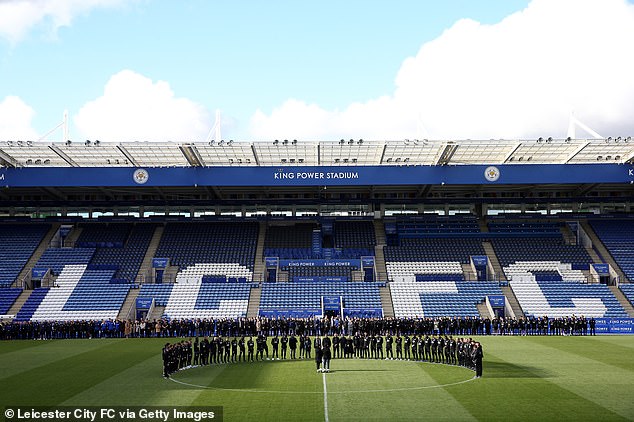 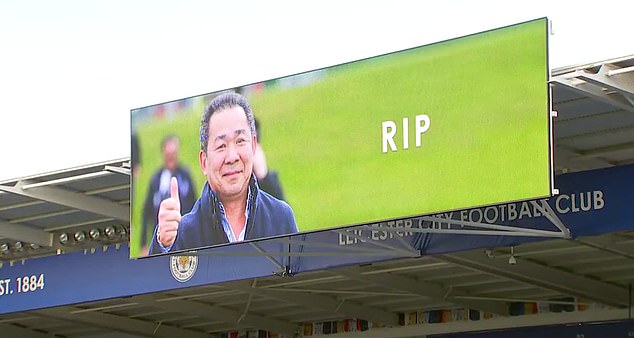 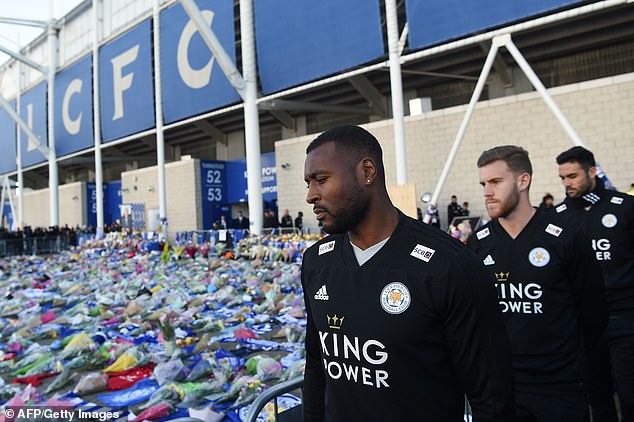 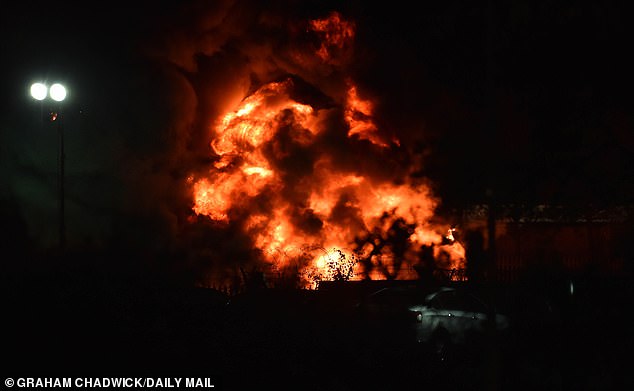