Marc Leishman has confessed a major Australian win has left a "frustrating" hole in his worldwide resume after the laid-back Victorian committed to an Australian PGA homecoming later this year.

The world No.16, who hasn't ruled out adding the Australian Open to a potentially gruelling three-week stretch Down Under, which could also take in the World Cup of Golf, became the first player to commit to Royal Pines. 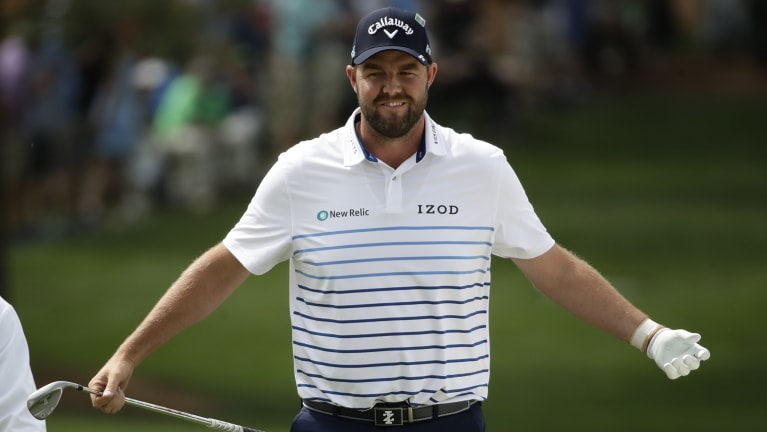 A multiple PGA Tour winner, Leishman is still yet to win one of Australian golf's top tournaments and the 34-year-old is making no secret of his desire to make this year's return a winning one.

"It is definitely a missing piece," Leishman said. "I feel like I’ve done enough stuff around the world – it wouldn’t validate [the resume] – but, yes, it’s frustrating to have not won it.

"Growing up watching those events as a kid and seeing my all idols win in those events … I haven’t even really contended to be honest in any of them. That’s something I’d definitely like to change.

"It would be nice to have a good lead-up to the [Australian] PGA and have a good shot at it. I feel like I’ve got a bit impatient at the Australian events in past years and I just need to stay in them and treat them like a major; be patient and not let little things worry you.

"It sounds pretty stupid, but it’s easy to not do that."

Fellow PGA Tour winner and world No.39 Cameron Smith broke through for his first significant win on Australian soil last year on the Gold Coast, a tournament in which Leishman finished in a tie for fourth.

Smith and Leishman led the Aussie charge with top-10 finishes at the US Masters last month and could headline a revamped Australian summer, which has the lucrative teams-based World Cup sandwiched in between the Australian Open and Australian PGA.

Asked whether he would consider putting his hand up for the exhausting three-week stretch, Leishman said: "It would be good to play all three, but nothing is confirmed yet with a young family and the second half of the PGA schedule is not out yet either.

"I’d love to be there for the World Cup and then the Australian Open is up in the air."

The top-ranked Australian player will automatically qualify for the World Cup at The Metropolitan, who in turn will pick a partner for the PGA Tour-sanctioned event. There is no obligation on the top-ranked golfer to participate in the tournament.

Jason Day (14) heads Leishman in the world rankings, but Day didn't travel for the World Cup in 2016 with a back injury. Adam Scott teamed up with Leishman to lead the Australian charge at Kingston Heath.

The World Cup will add to a huge 12 months of world-class golf in Australia with Tiger Woods and Ernie Els to lead the American and International Presidents Cup teams in Melbourne in 2019, fuelling optimism several stars in line for selection will travel Down Under this year.

"We could have six or eight guys playing who could be on the [International] team and the Americans might only have two, depending on the format."