LERONE MURPHY picked up his second UFC win this evening with a clinic against veteran featherweight Douglas Silva de Andrade. 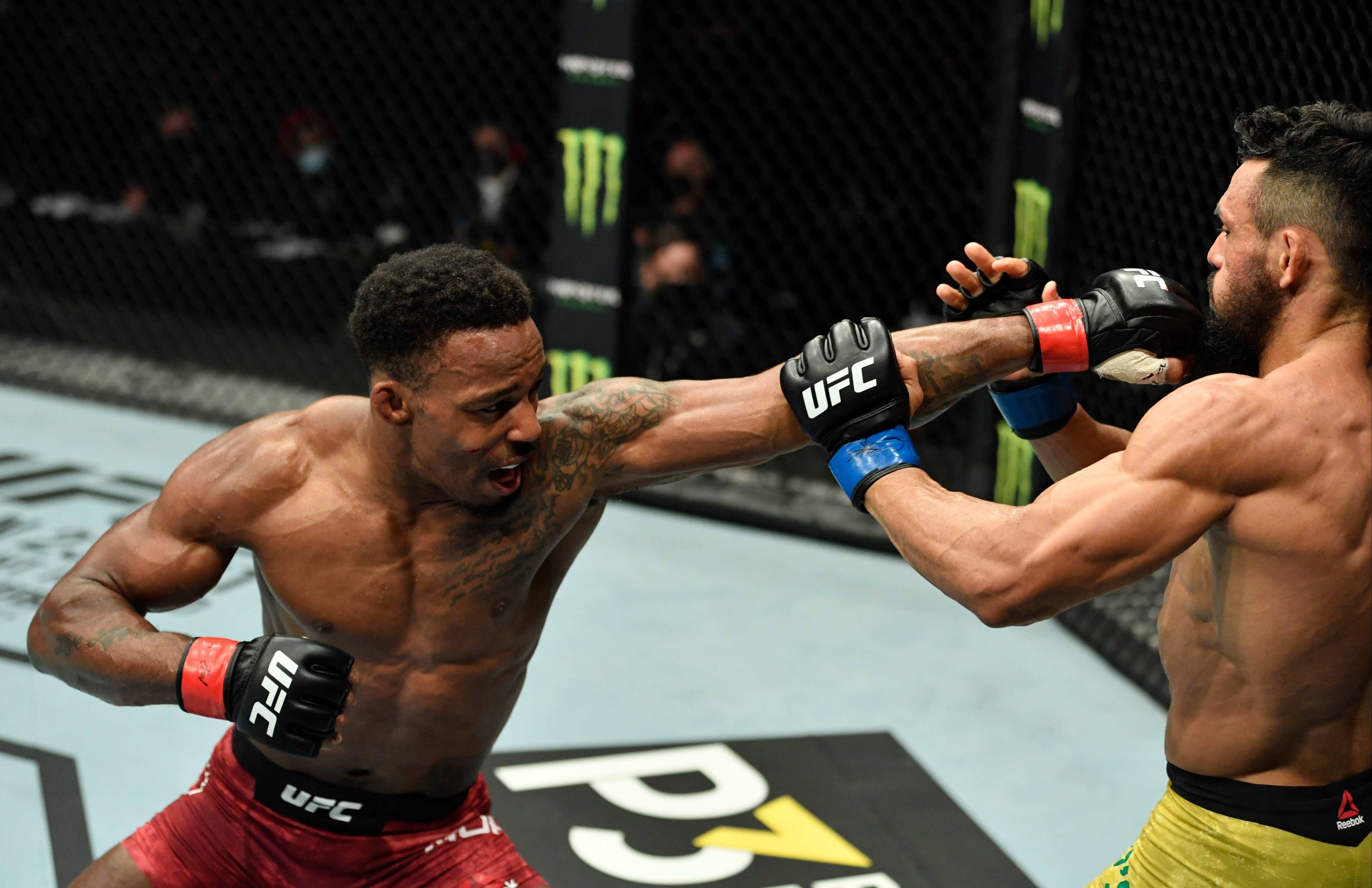 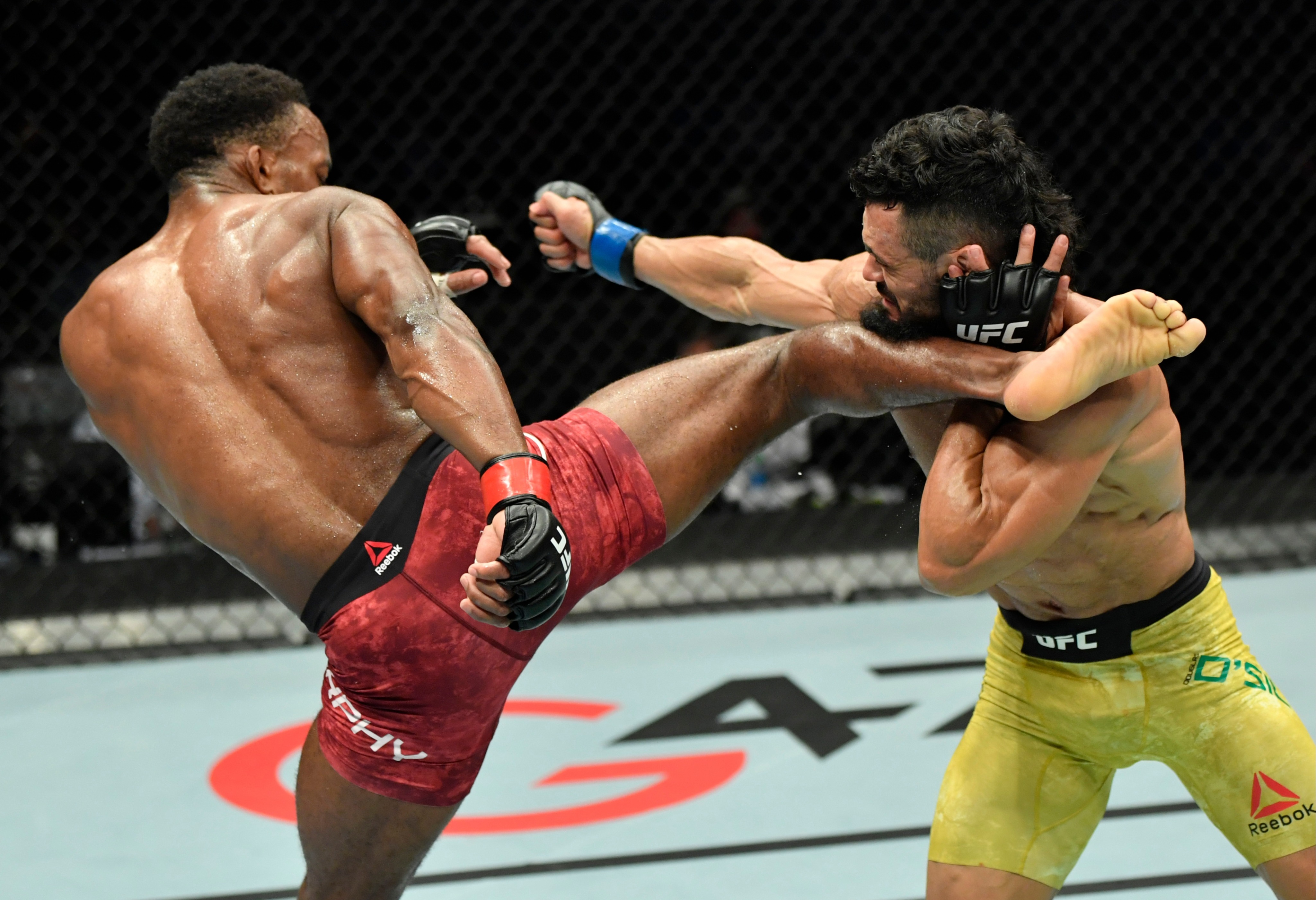 The 28-year-old made his third appearance inside the octagon on the main card of UFC Fight Island 8, which took place at the Etihad Arena in Abu Dhabi.

And he turned in arguably a better performance than he did in his first-round KO victory over Ricardo Ramos last summer.

The Manchester Top Team standout started light on his feet and immediately showcased a speed advantage over the wily-old veteran.

Silva de Andrade, who was competing for the first time in 430 days, was a step behind in every exchange and often found fresh air with his shots.

Murphy, on the other hand, did not and regularly found a home for his right hand and his calf kicks.

A nasty one-two down the pipe saw Murphy earn the respect of Silva de Andrade, who eventually tried to initiate grappling exchanges.

Murphy, however, shook them off with ease and immediately went back to work with strikes from range.

The man they call the Miracle – a moniker he earned after surviving being shot in the face – found himself on the canvas early in the second and fending off a back attack from the Brazilian.

But he managed to quickly work his way back to his feet, albeit for a few moments before another grappling exchange and back mount attempt.

Silva de Andrade, however, was unable to keep him down and they eventually returned to the centre of the octagon.

Unlike early in the first round, the 35-year-old Silva de Andrade started having success with his own strikes in the second, with a brutal left body shot echoing throughout the Etihad. 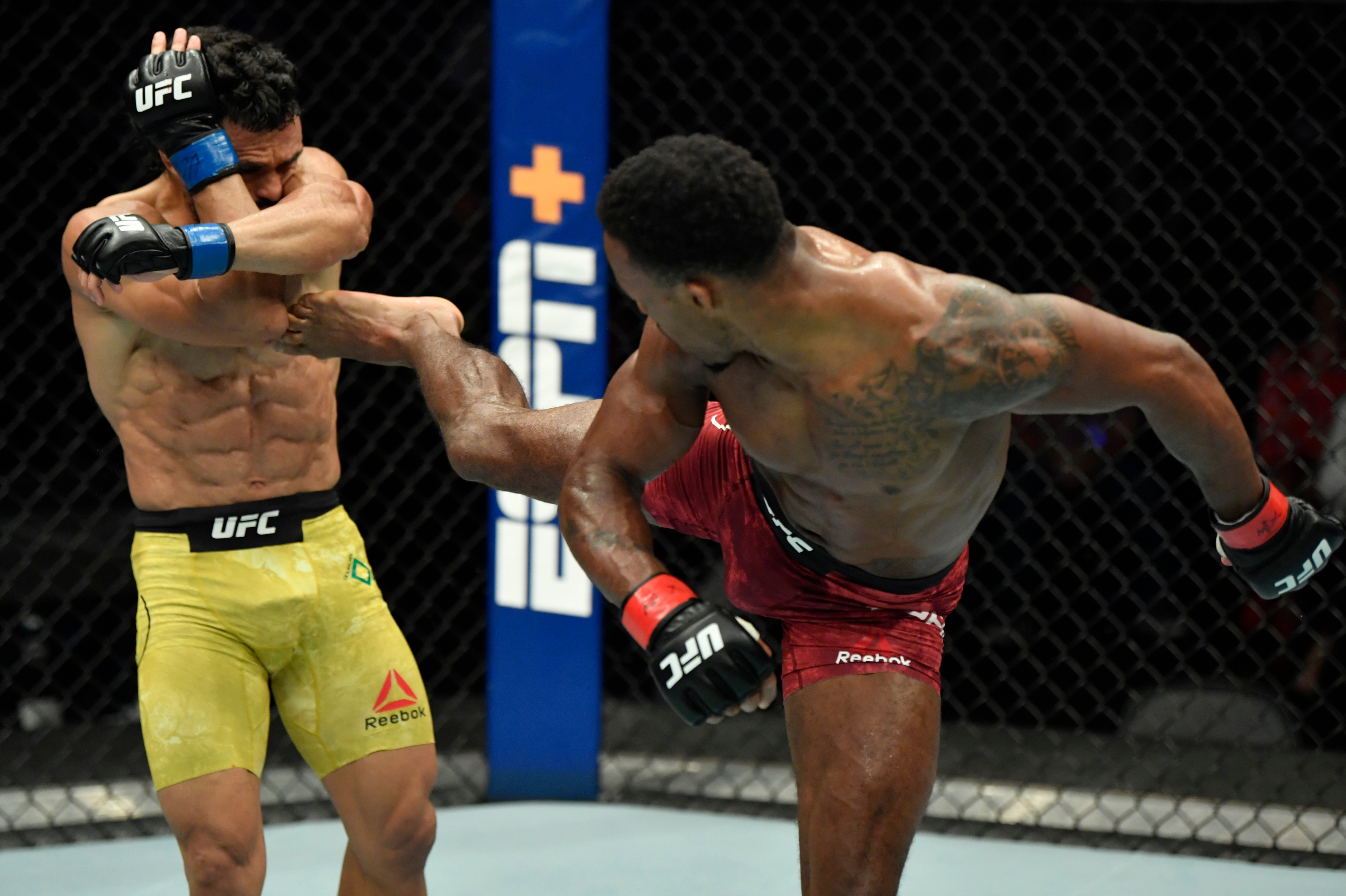 Murphy, however, was still the one landing the cleaner strikes from inside and outside of the pocket.

The third and final round started with a touch of gloves before a tentative, and very surprising, feeling out process.

Perhaps aware he might've been down on the scorecards, Silva de Andrade began to press forward like a man on a mission.

And he eventually found a home for his right hand, which briefly stunned the fleet-footed Murphy.

A wild exchanged ensued shortly after, but the action soon came to a pause after an accidental low blow to Murphy.

Murphy recovered and immediately proceeded to take the initiative.

A beautiful straight right from the Brit just after the two-minute mark caught the crowd's attention and had Silva de Andrade's corner worried.

A late scramble on the fence led to Murphy ending up in Silva de Andrade's guard, where he rained down heavy blows until referee Marc Goodard called a halt to proceedings after the final buzzer.