Hamilton was shown running wide at Turn One before bumping over the kerbs before retiring his car with a hydraulic leak. 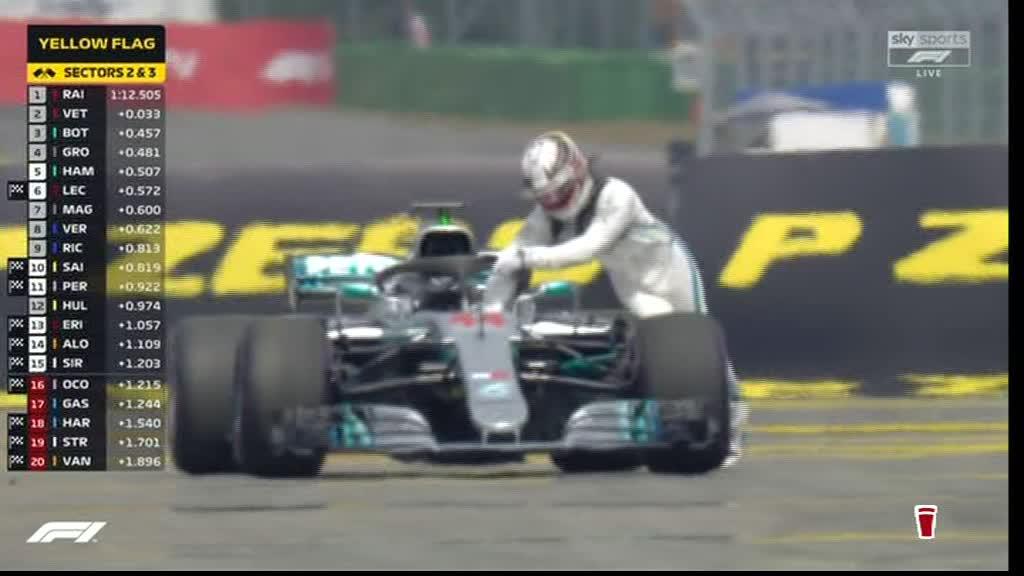 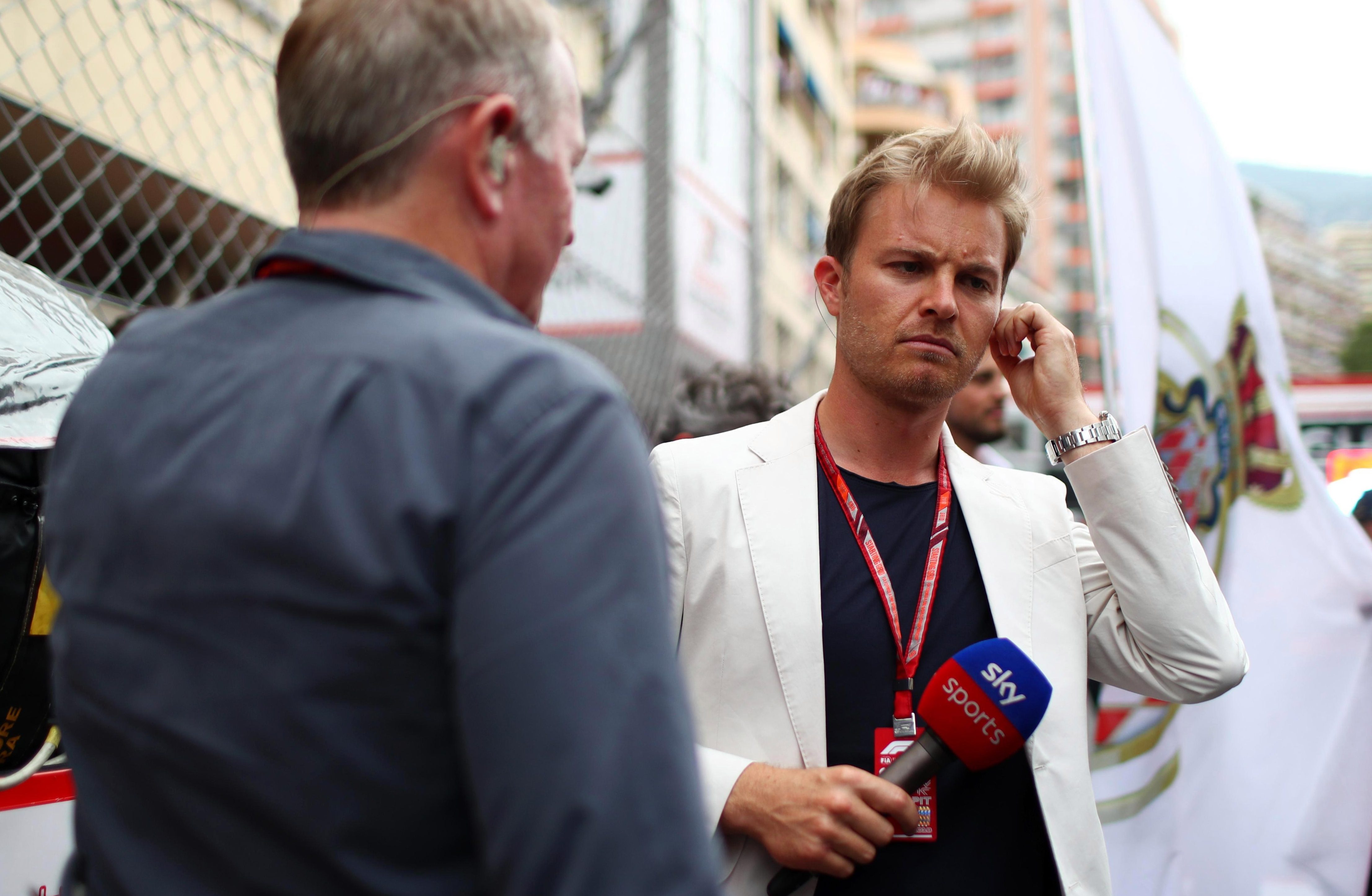 First he tried pushing his car back to the pits before abandoning the attempt and then sat crouched by his stricken Merc with his head bowed.

Mercedes and Hamilton have since said that the hydraulic failure happened BEFORE going off track.

Yet Rosberg says he is still concerned about his former teammate's behaviour.

He said: "This is something I'm a bit worried about. I've never seen that body language from him before. 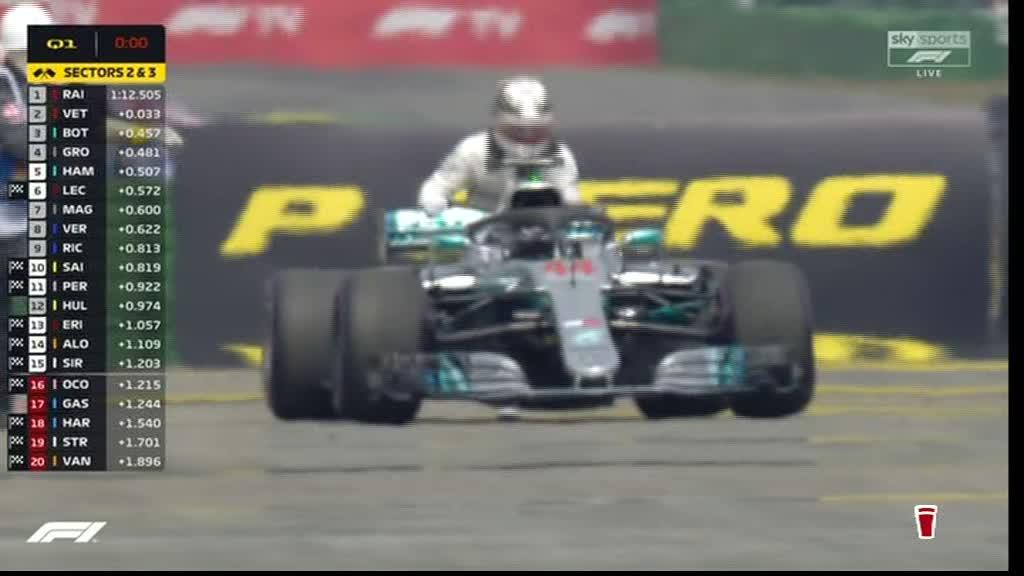 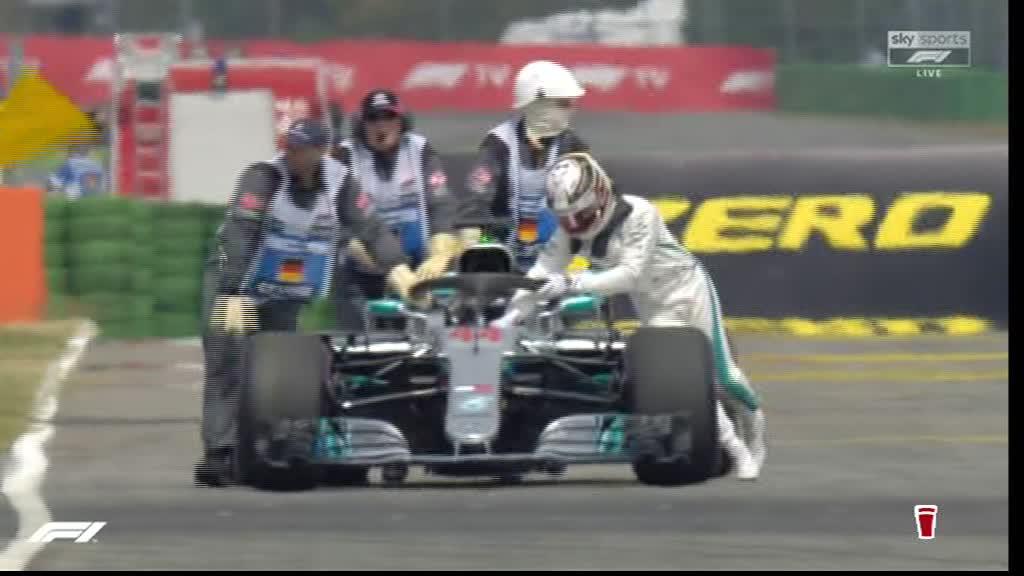 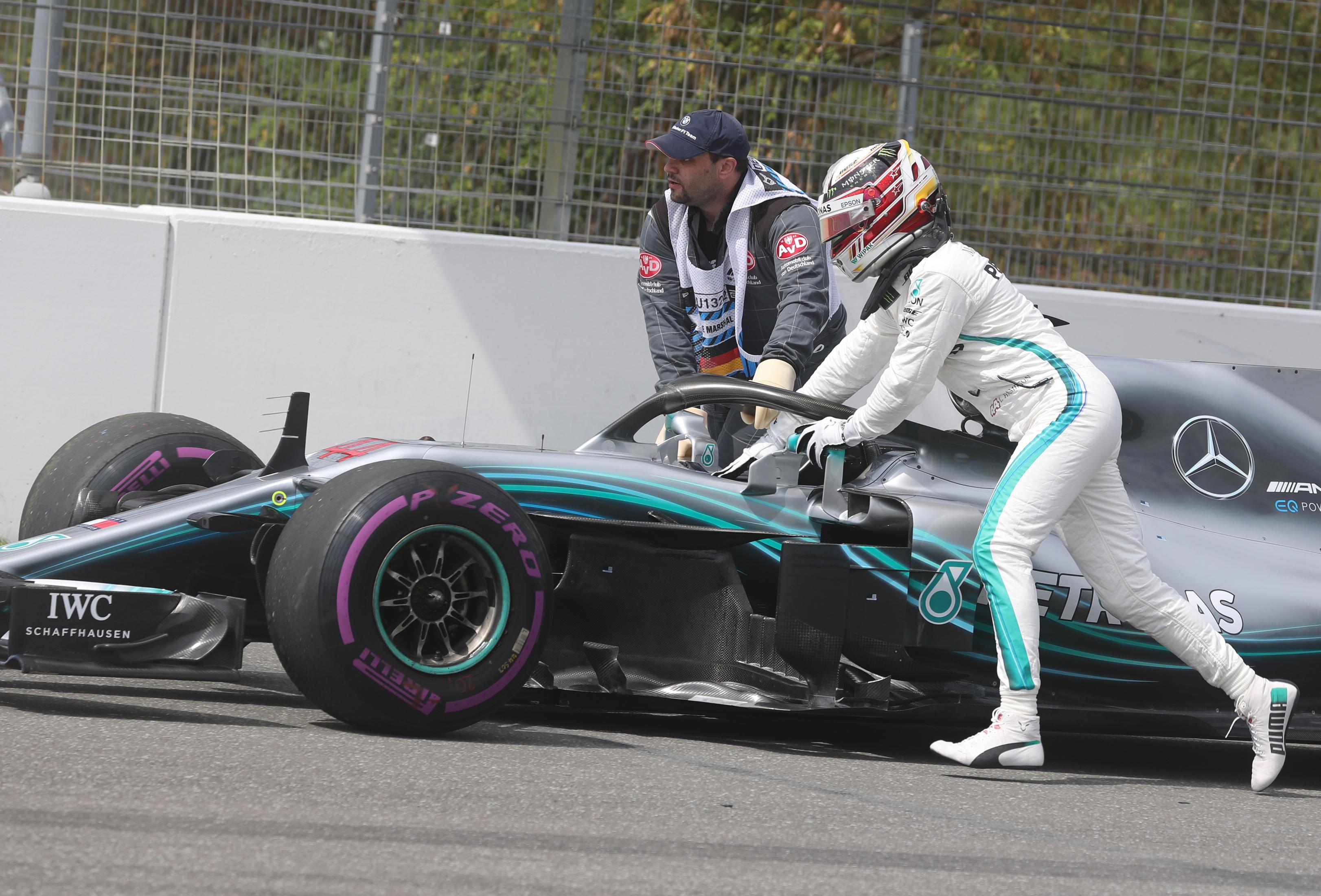 "We saw it for the first time at Silverstone, and now again for a very long time there – disbelief, or something.

"Of course it's tough but this is a new body language, I've never seen that from Lewis.

"This is such a huge setback – because Vettel is out there, the car is flying, he is odds-on favourite to win the race, and Lewis again has to start from somewhere back.

"So that's going to be a very difficult day tomorrow for him.

"To me it looked like he made a mistake at Turn 1, went really wide, and he had some big, big hits because he was off the track there, and right after that the problem started.

"So I think probably the gearbox broke with those big, big impacts, and that's it." 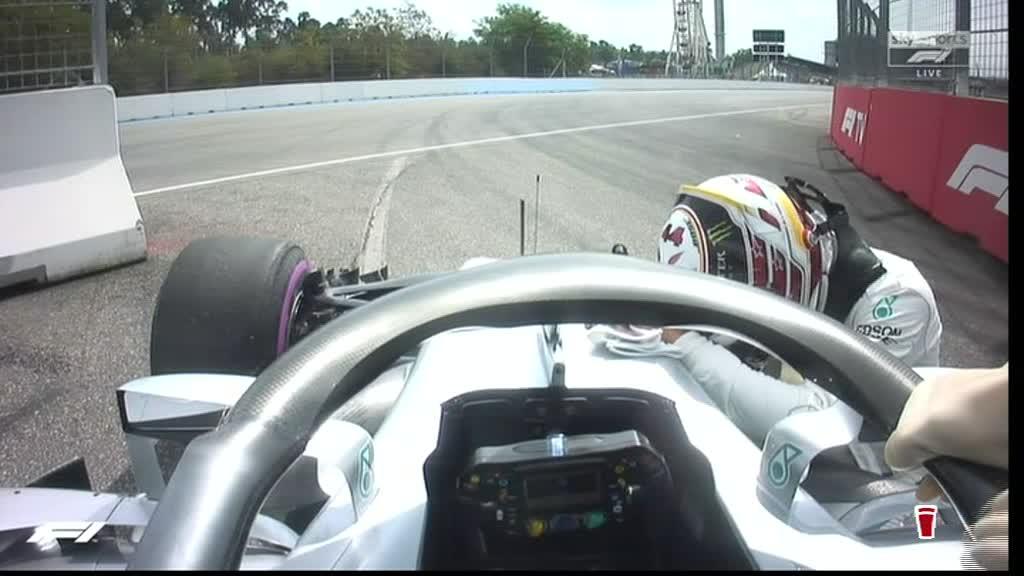 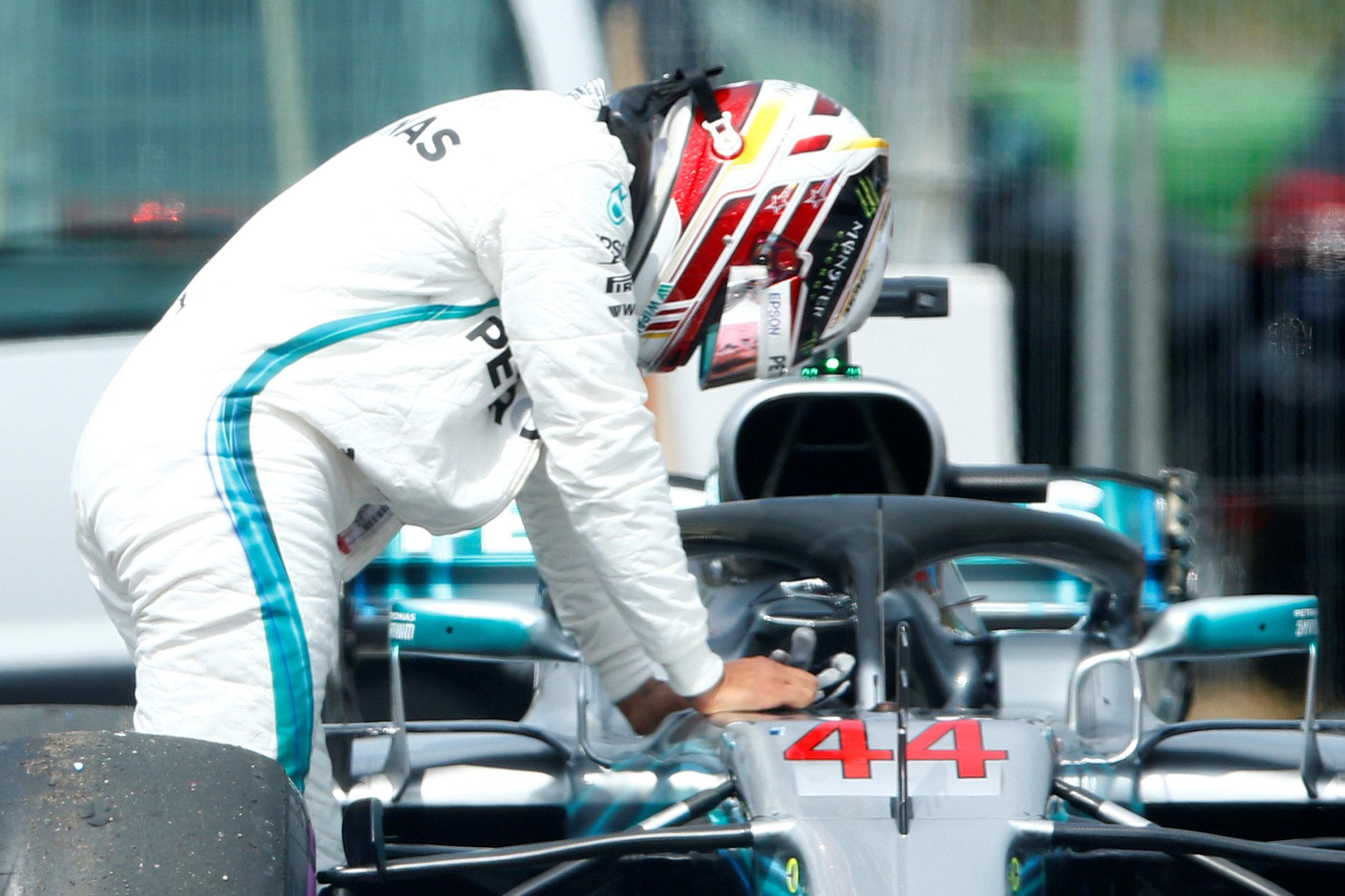 Hamilton has since posted on Instagram to explain his side of the events, and also taken a pop at his critics.

He wrote: "FYI to avoid all assumptions, today was nobody's fault. When I got to the exit of curb of Turn 1, the hydraulics in the steering failed.

"When this happened the car pulled to the left and so I was forced to drive off the track and subsequently taking a bumpy ride before rejoining.

"Those big bumps did zero damage. These things happen and as always we win and we lose together as a team.

"Why didn't I pull over when asked. Simple. It's qualifying, the car was still going and I hoped with all my heart that I might make it back and they could fix it.

"In my heart I never give up so it is the hardest thing to give in and accept the car will not make it back.

"I turned the car off and thought perhaps I can push it back as crazy as it sounds. That's just me being passionate.

"To those who take joy in seeing other people fail or suffer, I feel for you.

"Whatever is happening in your life to hold so much anger and hate, I pray that it passes and good things come to you.

"Nelson Mandela once said, ‘We were not born with hate in our hearts, it's something learnt over time.

"But if we can learn to hate then we can be taught to love for love is far easier and more natural to the human heart. God bless you’.

"Now tomorrow, I can't predict what's going to come. Good or bad I will die before I give in.

"All I can do is try to be the best me I can be and drive like my life depends on it! TeamLH, love you always. Lewis."