LEYTON ORIENT are celebrating promotion back in the Football League following a two-year exodus.

Fans flooded onto the field at the full-time whistle after picking up the vital point they needed at home to Braintree to secure top spot. 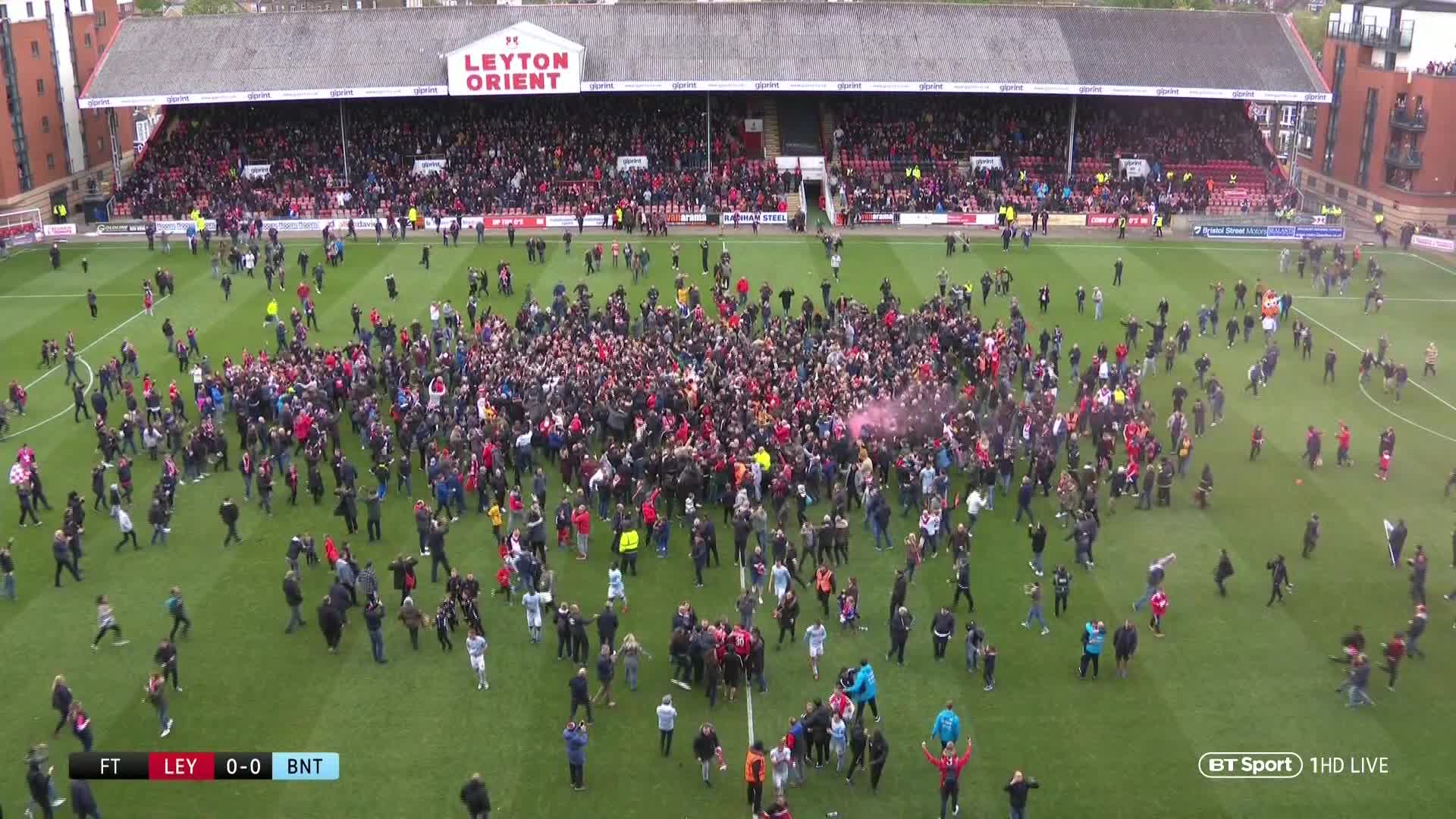 Barring a major turn in events in both Salford and Solihull Moors' clashes, Orient fans were in party mood knowing it would have taken a miracle to miss out on promotion.

Players revelled in the celebrations with many being hoisted onto shoulders while others partied inside the dressing room.

It has been a long time coming for the fans with the club previously on the brink of folding.

Orient tweeted after the game: "After the relegations and the financial woes.

"After the fights and battles to save our club.

"After the rebuild and the uniting of players and fans alike. WE ARE BACK."

Chants of "We are going up" echoed from the players as champagne was sprayed around the dressing room.

They finished the season on 89 points, three ahead of Solihull who will battle it out in the playoffs for the remaining promotion spot.

Manager Justin Edinburgh was forced to encourage fans to leave the field so they could go ahead withe the trophy presentation.

After a lengthy delay, captain Jobi McAnuff eventually lifted the trophy as supporters surrounded the players.

It was chaotic scenes with the stadium announcer doing his best to encourage supporters to give the players breathing space on the field.

After the relegations and the financial woes.
After the fights and battles to save our Club.
After the rebuild and the uniting of players and fans alike.