Libby Greenhalgh knows firsthand that ocean racing can be deadly. As a meteorologist and professional navigator, she is also aware of how nasty the weather in the 2018 Rolex Sydney Hobart Yacht Race could turn.

She has heard the horror stories and seen the data.

But for now, Greenhalgh’s only personal experience was last year’s race, which was akin to a pleasure cruise.

“It was actually a very easy Sydney Hobart, everyone will tell you,” Greenhalgh said. “So I was obviously joking with everyone. I was saying, I can’t believe people go on and on and on with all this ‘Oh my God! The Sydney Hooooobart,’ when we were downwind all the way, literally in shorts and T-shirts and going, ‘This is the absolute dream.’”

This year, she is back in Australia for another ride as part of Ocean Respect Racing, the new crew of women skippered by Stacey Jackson that has designs on the Tattersall Cup, awarded to the race’s overall winner. The crew will be racing on Wild Oats X. 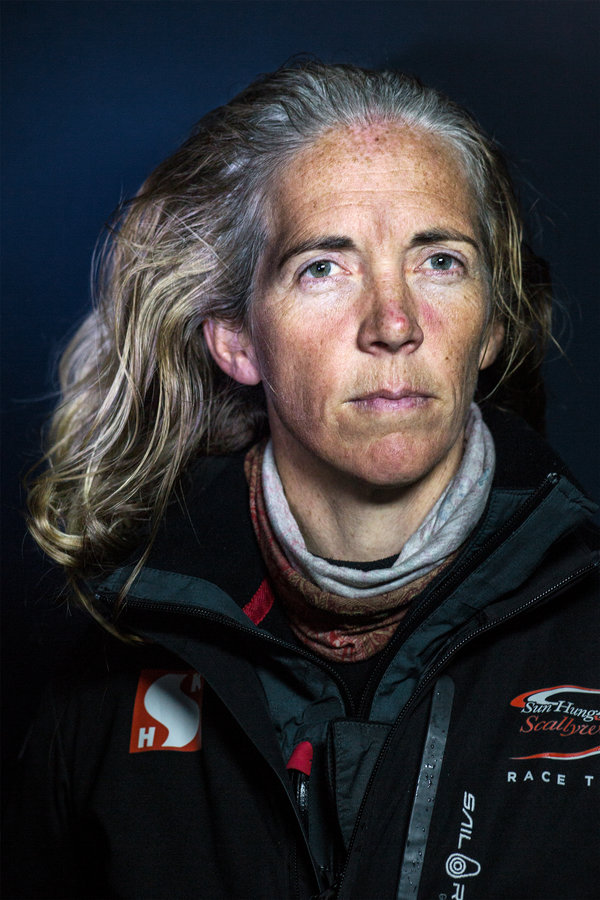 Greenhalgh, who has a degree in applied meteorology from the University of Reading in Britain, has been busy crunching numbers and studying the historical trends.

On a map, the race looks uncomplicated: 628 nautical miles, most of it a straight shot down the eastern coast of Australia in the Tasman Sea before finishing up the Derwent River to the Tasmanian capital, Hobart.

But the race can get very tricky in the Derwent and even more complicated much earlier if a Southerly Buster occurs: a summer cold front in which strong southerly winds transform the Hobart race from a downwind joy ride into an upwind slog in towering waves.

“You can get three seasons in one day,” Greenhalgh said from Sydney. “It is proper open ocean, and it’s an interesting one if you compare it to other great races around the world.

“In the Hobart race the exposure is huge, and the seas can be massive, and especially when you are further south the changes in the weather conditions can be quite abrupt and quite sharp.”

For a navigator, that makes the race daunting and diverting, with the current adding to the challenge. Software is a major part of the tool kit.

“The modern navigator is a software guru,” said Ken Read, who won line honors in the Hobart in 2015 as skipper of Comanche. “All of us can take a look at one of these new routing software packages, and we can understand the first page. But the good navigators can dive into that program so far and so deep that they can start pulling things out or finding mistakes that the average punter would never pick up. So it’s a massive amount of software analysis, and then it’s still being a weather person.

“It’s not looking on the horizon or reading a weather map. It’s understanding which weather program is accurate, because you can download four or five different weather models onto your routing software, and they are all going to say something a little different,” he said. “Which one are you going to believe? The one the good navigator is going to believe is the one where you have to add some intuition.”

Even reading the weather perfectly is not enough, as Greenhalgh experienced on March 26 in the Volvo Ocean Race when her British crew mate John Fisher on Team Sun Hung Kai/Scallywag was washed overboard and lost at sea in rough conditions in the Southern Ocean. According to the crew, Fisher had unclipped his tether to change positions.

The team, in mourning, did not finish the leg, but eventually resumed the race. In an interview in May, Greenhalgh said the tragedy had made her “look at life and the things you are doing with your life,” questioning whether she truly wanted to stay in ocean racing.

But she recognizes that fatal accidents at sea remain extremely rare. Greenhalgh is now back on board and most often below deck at her navigation station, where she will make the calls in consultation with Jackson and others that will likely mean the difference in where Ocean Respect finishes.

“There is the perk that you don’t get wet,” she said of her work station. “But I grew up always driving and trimming. In my heart of hearts, I’m a dinghy sailor really.”