Life after Lynch: losing star not a disaster for Suns 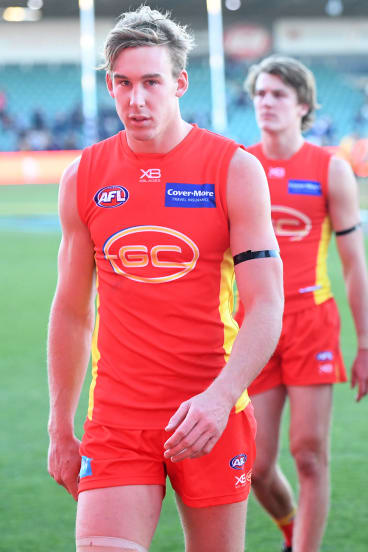 The prevailing winds point to Tom Lynch leaving and the predominant view is that his defection to a Melbourne club would represent another calamity, the biggest kick to the solar plexus yet in the wretched history of the Gold Coast Suns.

The doomsday scenario of losing Lynch was voiced most forcefully by Kane Cornes earlier this year. “If he chose to leave, they might as well shut the doors,’’ said Cornes.

One can see the logic in this argument. The never-risen Suns have already watched Josh Caddy, Jaeger O’Meara, Dion Prestia and Gary Ablett – a handy midfield quartet – flee south to find refuge at strong traditional clubs.

Lynch and Steven May were the remaining cornerstones of a weakened team. To lose Lynch – and potentially even May – is thus seen as a catastrophic tipping point. If the captain couldn’t bear another season in the Suns, who would ever stick?

These perceptions are understandable. The Suns have been a debacle, almost an updated version of the old bad-news (Brisbane) Bears, who were initially based at the same stadium, then known as Cararra and were equally hapless in their formative years.

Interestingly, the Suns’ list build has been a near perfect reversal of the foundation Bears, who were a dumping ground for the unwanted and superannuated veterans. They were a retirement village, while the Suns have been a kindergarten – a club stuck in a perpetual rebuild, with the club unable to exercise border control and ‘‘stop the boats’’.

So we can all see why there’s so much invested in the Lynch decision. The Suns are braced for the worst and indeed, it’s hard to find anyone within the game who thinks big Tom will stay. If he does, it will be a small shock.

But is the prospect of Lynch leaving really such a disaster for the Suns? No, it isn’t.

For the Suns to lose Lynch is like getting mugged when you’ve no money in your wallet.

Far from being the beginning of the end, the Suns can actually gain a new beginning from losing Lynch. He’s arguably worth more to another club (read Richmond, Hawthorn or Collingwood) than he is to the Gold Coast, which has far greater needs in the midfield than the key forward posts.

Lynch is already paid about a million dollars this year. In his best season of 2016, he booted 66 goals and was hailed – prematurely – as the best player in the competition by Jonathan Brown.

Injury has subsequently eroded his output. Last year, his goal production was cut by exactly a third (to 44) and this year, he managed a pained 10 games for 20 goals (eight of them v Carlton) before the decision was made to put him in for season-ceasing surgery to repair a posterior cruciate ligament. Lynch is understood to feel some remorse for the fact that he hasn’t been more productive, due to injury, since 2016.

Renowned for his decency, if he leaves, as we think likely, he won’t enjoy telling teammates and the administration.

Gold Coast’s midfield is barely competitive. There’s little point in paying a key forward a million bucks when the midfield can’t provide enough quality balls for him to make a major difference. It’s a bit like paying the coach $2 million when you’ve got a terrible list with little upside. In their current state, the Suns would be better to allocate some of that money upfield. Lynch, who turns 26 in October, also does not fit the ideal demographics for the Suns, who need younger guns. 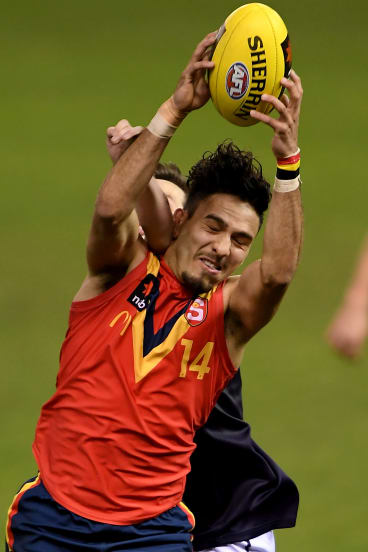 “Two Metre” Peter Wright isn’t in Lynch’s league and he might never reach that station. But, as Collingwood and other clubs have shown, a potent, deep and versatile midfield can compensate for the absence of a gun key forward. With better players kicking the ball forward (and rotating in the forward line), Wright can be Mr Right Enough.

With or without Lynch, the Suns are set to embark upon a list rebuild, using the draft – a restumping of a failed team construction, perhaps.

As it stands, they’d have picks 2 and 3 in the national draft and another million dollars in the salary cap if Lynch leaves as a free agent (pick 3 would be the compensation). To have picks 2 and 3 is a pretty nice hand. This is assuming they don’t match the offer and force a trade.

Most likely, the Suns would gain two out of Sam Walsh (midfield), Jack Lukosius (key forward/defender) and Izak Rankine (midfield/forward wizard). As South Australians, the latter pair are on Adelaide’s most wanted list and who knows what the Crows might offer for the rights to one of them, albeit the safe choice would be to take the picks and back your – hopefully – improved environment under Mark Evans and Stewart Dew.

The Suns also can use the money saved to purchase a couple of mids – preferably strong bodied insiders – who can support the likes of Jack Martin, Callum Ah Chee, Ben Ainsworth, Will Brodie and Jack Bowes as they develop.

The departure of Lynch would not be remotely comparable to that of Alastair Lynch when the key forward/defender left Fitzroy to take up that famous 10-year deal with Brisbane, a defection that was seen to hasten the Roys’ demise. The AFL was not invested in Fitzroy, in the same way that it is in the Suns. Quite the reverse, as we know.

For the Suns to lose Lynch is like getting mugged when you’ve no money in your wallet. They’re already locked in the ladder’s lower reaches. They’ve been a disaster, with him, which is no fault of his. He’s entitled to go.

How can they be worse without him?