It's hard to believe that just two months ago Warriors reserve half turned linchpin Mason Lino was winless from nine games in the NRL. 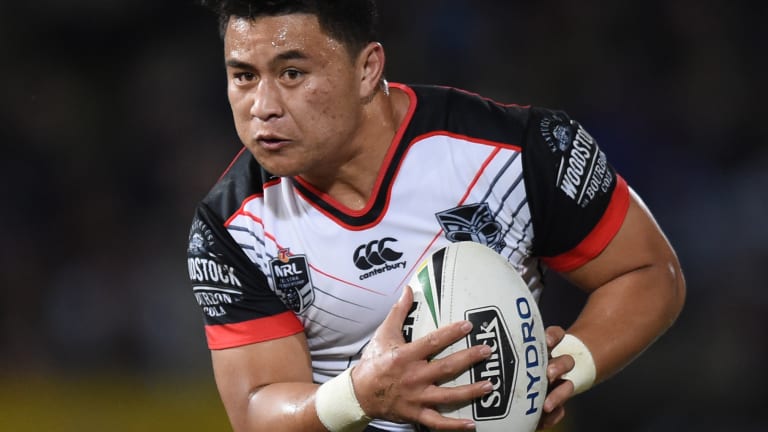 Lino's tale of a turnaround is one of many to be told this year at the Warriors as Stephen Kearney's men remain in the top four.

Blake Green has been one of the buys of the season, Issac Luke and Roger Tuivasa-Sheck are back to their best and Tohu Harris has brought Melbourne's winning culture with him across the Tasman.

But 24-year-old Lino's role in replacing superstar No.7 Shaun Johnson in five games this year after taking one of the more unique paths to the NRL can't be understated

Uncontracted in mid-2014 by the Warriors before he took them to an under-20s premiership from eighth spot, Lino signed with French club Carcassonne for 2015 before he dislocated his shoulder in the National Youth Cup decider.

The injury made his French contract null and void, leaving Lino to call Warriors legend Stacey Jones to ask him to help find room for him on the club's extended roster.

By the end of 2015 Lino had played just three NRL games, and in 2016 he added none. Eventually his career tally reached nine last year, but he still hadn't recorded a win.

"When I've come in before the team has been low on confidence," Lino told AAP.

"If we had momentum going into those games it would have helped."

The Warriors are a new team and it showed in Friday night's 24-14 defeat of Parramatta.

Without Johnson and Tuivasa-Sheck, it was a game they wouldn't have won in previous years. Certainly not when down 14-12 late on the road in Sydney.

Likewise, Lino – or any other replacement Warriors half – wouldn't have stood up the way he did.

Just five days after finding himself on crutches with his own ankle injury, Lino recovered to put on two first-half tries and keep his magical run to start 2018 alive.

"What Mason has now is he's got Greeny, Tohu and a group of guys around him that help him," Kearney said.

"He didn't win his first NRL game until we played the Roosters (in round four).

"Every time we brought Mason in before it was because Shaun was out and we were getting beaten. We didn't see the best of him.

"Now he comes into the side with a bit of momentum and we can see what he's got."

Lino has felt the support too, having set up six tries in five games.

"Guys like Greeny and Tohu have taken a lot of pressure off me," he said.

"With Greeny everything just feels like it's so simple. Guys like Tohu, all I have to do is look up and play.

"I talk to Stacey and he just says 'look up and if you see an opportunity take it'."