The Argentina legend was sitting in the stands with his arm in a sling as Barca ran out 2-0 winners over the Serie A side in the Champions League.

With the Spanish giants 1-0 up, Luis Suarez had a golden opportunity from just outside the area to test Samir Handanovic in the Inter goal.

Instead of going over the wall, he went under but the ball clattered into Marcelo Brozovic who lay sprawled out across the floor.

Replays showed the 25-year-old Croatian sliding across the turf, with the ball rebounding off his back and to safety.

And despite being crocked with a broken arm, ruling him out of El Clasico, Messi could afford a laugh at the piece of revolutionised defending. 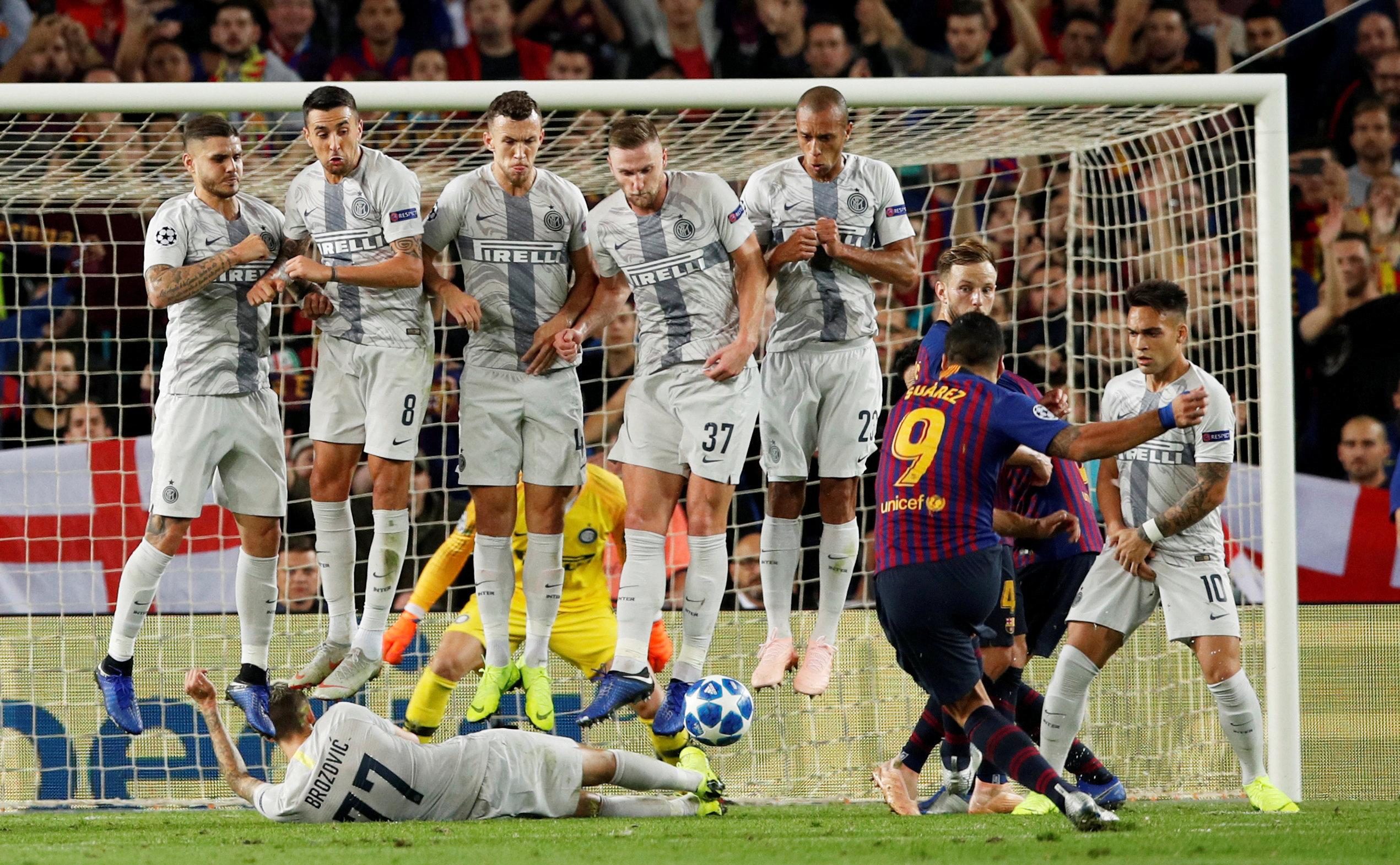 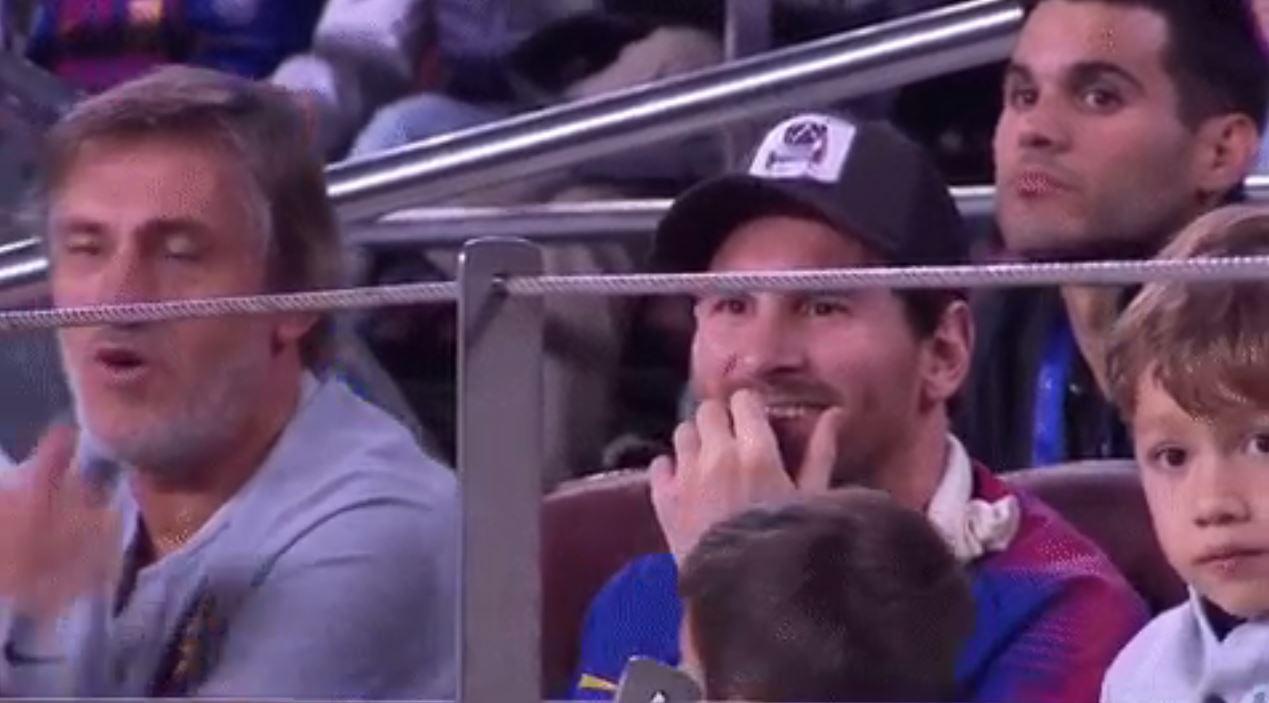 The camera panned to the forward who leaned back in his chair almost in disbelief at the tactic.

Messi, 31, is missing the clash against arch rivals Real Madrid on Sunday and has more than two weeks of rehab left.

This will be the first derby without Messi or Cristiano Ronaldo since 2007.

A Barcelona statement on Messi's injury read: "Tests carried out on the first team player Leo Messi have confirmed that he has a fracture of the radial bone in his right arm.

"He will be out for approximately three weeks."