Lionheart dead: Tragic British legend is latest wrestler to die before 40 after stars like British Bulldog and Owen Hart whose premature deaths haunt the sport

THE wrestling world is in shock following the death of British ring legend Adrian “Lionheart” McCallum.

The world champion died yesterday aged just 36 – and sadly he’s just the latest wrestler to have passed away at a young age. 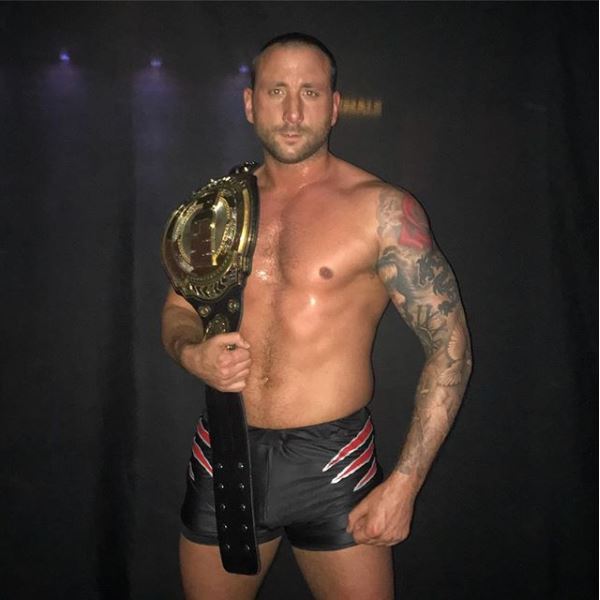 From superstars who have dropped dead from heart attacks in their 30s to others who have killed themselves, the sport is rife with tragedy.

Death rates for wrestlers aged between 45 and 54 are a shocking 2.9 times greater than those for average men, a US study finds.

They're also higher than those for athletes in other sports – but why do so many professional wrestlers die young, when they should be in the prime of their life?

Experts believe a range of factors are to blame – including the often rampant steroid, drug and alcohol abuse of previous decades and the psychological impact of life constantly on the road.

Another suggested factor is the lack of an official ‘off-season’ in professional wrestling, which means stars can end up getting back in the ring before healing from their injuries.

He explains how over-stimulation of the limbic system – the part of the brain where the 'fight or flight' response begins – for long periods of time "does not do you very good".

"That amount of adrenaline in your system can damage your organs," he says.

"In comparison, footballers play just 90 minutes then have three or four days off."

As Scottish legend McCallum joins the long list of superstars gone too soon, we reveal ten more wrestling greats who tragically died while still at their peak:

Guerrero was one of the most-loved wrestlers ever to step inside the ring.

However, his career came to a tragic end when he was found unconscious in a hotel room by his cousin and fellow wrestler Chavo Guerrero on November 13, 2005.

Eddie was pronounced dead at the scene by paramedics. It turned out he'd suffered acute heart failure aged just 38. 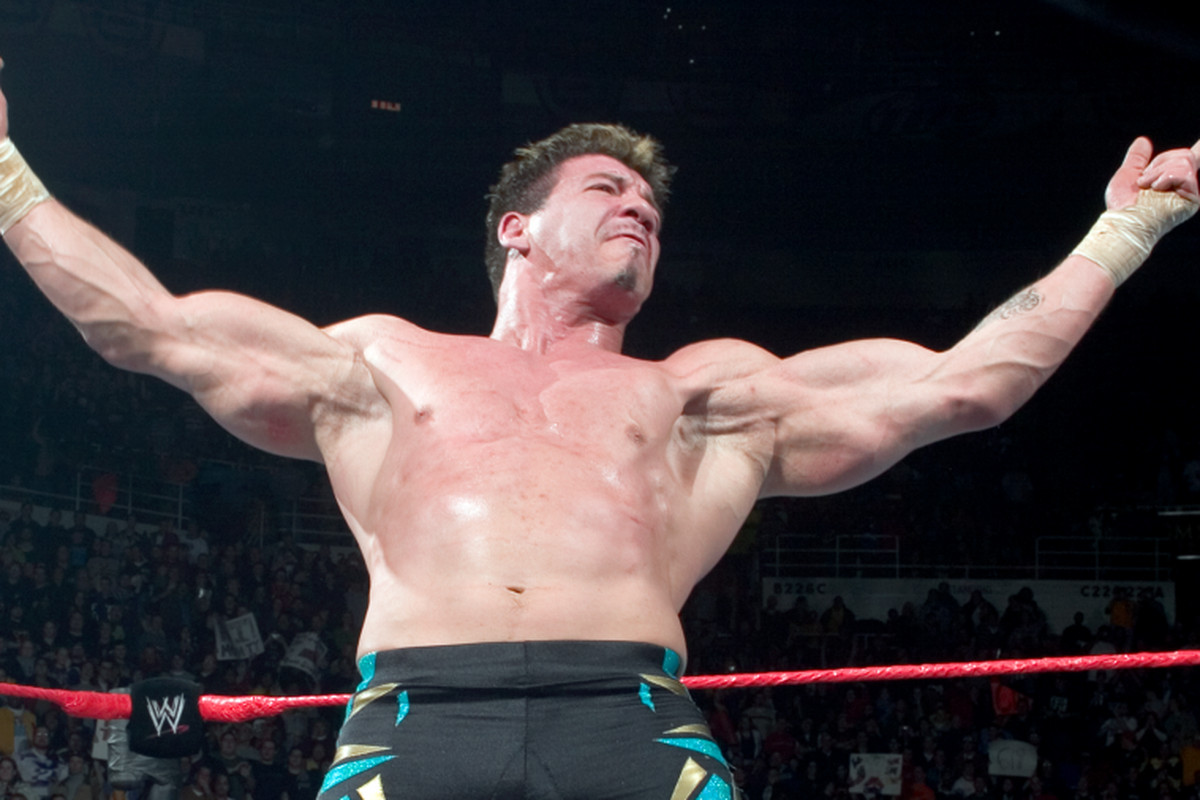 Every wrestling fan from the 1990s knows exactly who Yokozuna was. Despite being Samoan, Rodney Agatupu Anoaʻi played the role of a Japanese sumo and headlined WrestleMania twice.

The 580lbs-plus former two-time world champion died aged 34 of a pulmonary edema – an accumulation of fluid in the lungs – partially caused by his weight, in a hotel room in Liverpool in October 2000.

Previous research has found that morbidly obese professional wrestlers are particularly at risk of premature death. Yokozuna was initially reported to have died from heart failure, before the actual cause of death was revealed. 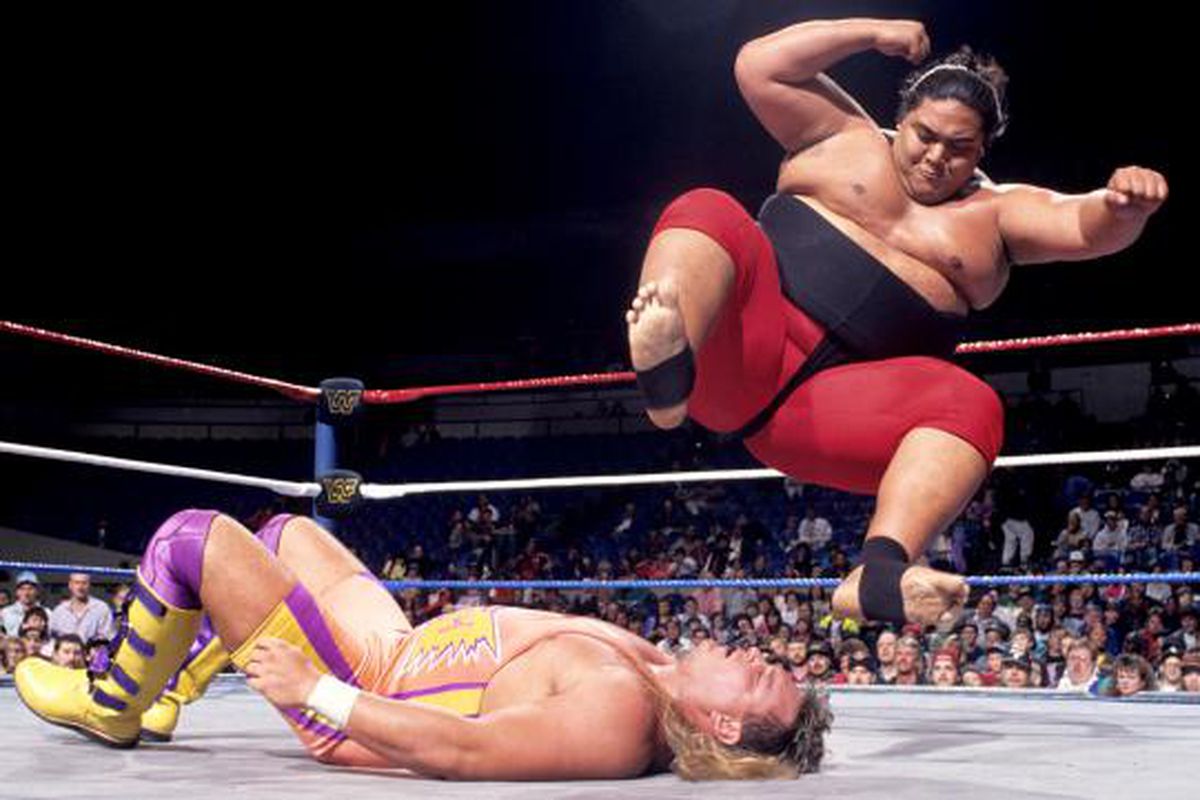 The self-proclaimed “King of Harts” and brother of Bret “Hitman” Hart was one of the biggest stars on the WWE roster during the peak of the Attitude Era.

But he died aged just 34 after falling from the roof of the Kemper Arena due to a cable malfunction during a live televised pay-per-view in May 1999.

At the time, he was making his entrance to face The Godfather for the IC Title. 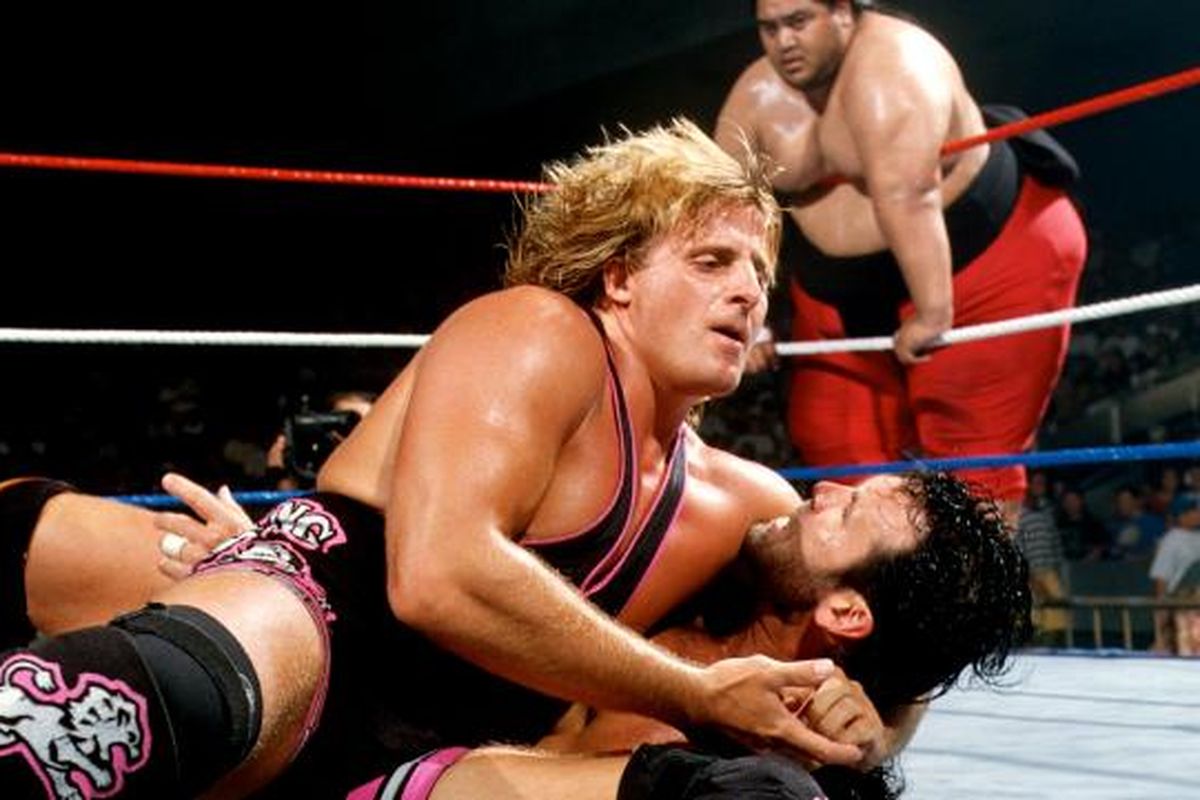 The “Loose Cannon” lived up to every bit of his nickname with his antics in front of the camera.

However, he was found dead in his hotel room aged just 35 on the day he was supposed to wrestle Dude Love on a pay-per-view event.

It later emerged he had passed away from a congenital heart condition – the same disease that had killed his father when Pillman was only a child.

Travis was an icon of the British wrestling circuit after working for numerous promotions.

He was tipped for worldwide stardom until he was diagnosed with stomach cancer in 2014.

A year later it was announced he had beaten the disease as he made an in-ring comeback.

But tragically, in September 2015, brave Travis revealed the cancer had returned and he passed away in March 2016 aged just 32, two months after marrying his longtime girlfriend.

The pint-sized bleach blonde grappler was a fan favourite thanks to his escapades and battles against much-larger opponents.

Unfortunately, one fight he was unable to win was with his mental health problems.

He died aged 32 in November 2003, with a post-mortem report ruling he had killed himself after an overdose of pills, mixed with alcohol.

Smith was possibly the most famous British wrestler of all time.

“The Bulldog” was a huge name in WWE throughout the 1980s and 90s and became a national hero when he beat Bret Hart for the IC Title at SummerSlam ’92 in front of a packed Wembley Stadium. 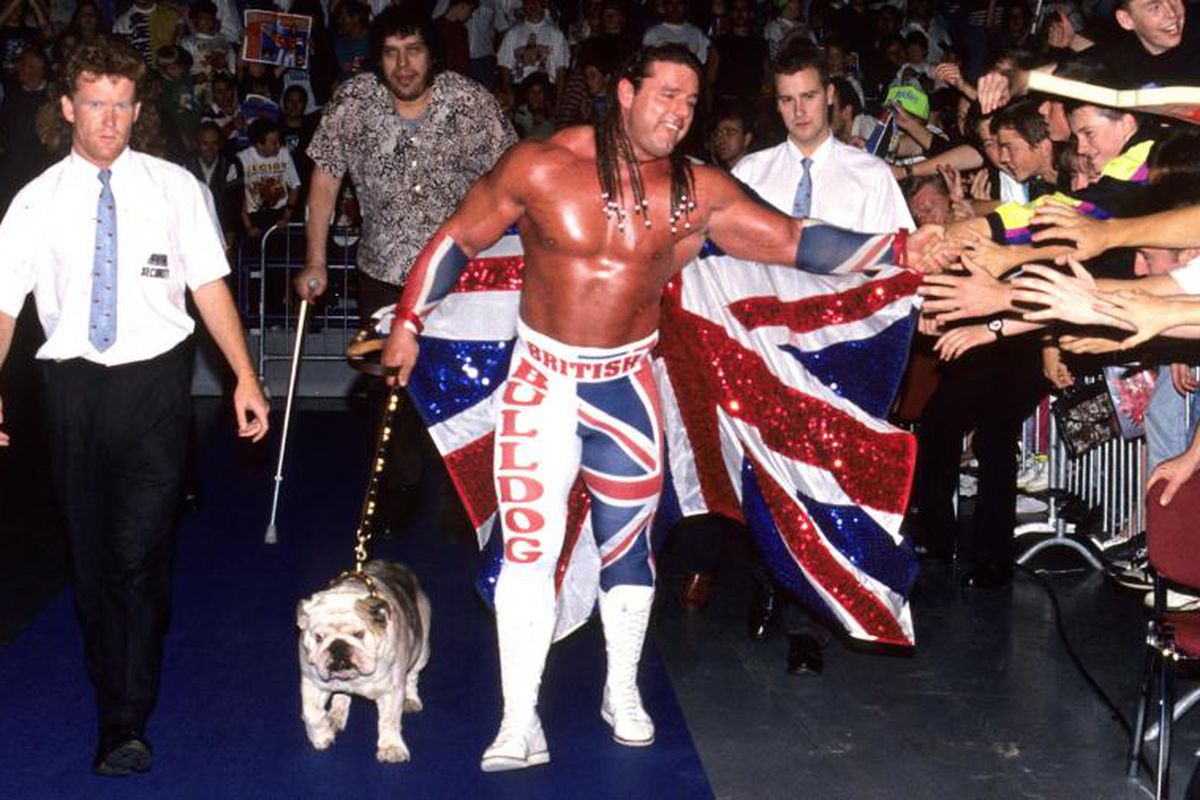 The Lancashire lad died on 18 May 2002, aged 39, after suffering a heart attack while on holiday in Invermere, British Columbia.

An autopsy revealed past anabolic steroid use may have played a part in his death.

Today, WWE talent are subjected to random drug tests and expected to live healthy lifestyles, with the company implementing the Talent Wellness Program in 2006.

Like Crash Holly, Kanyon sadly took his own life.

Best known for his work with WCW, the wrestler, who suffered with bipolar disorder, joined WWE as part of the Invasion angle – a fictional storyline – in 2001.

He came out as gay following his release from WWE and, prior to his death, he chronicled his struggles as a closeted gay men in a book he was working on.

He killed himself by overdosing on antidepressants on April 2, 2010, aged just 40.

The towering 6ft 6in powerhouse was another star of the Attitude Era but was released in 2007 due to violating the company’s wellness policy.

Silver King, real name Cesar Barron, collapsed in the ring mid-match on May 11 this year at Camden’s Roundhouse. He died a short time later from a heart attack.

The Mexican wrestled for numerous promotions and also starred alongside Jack Black in the hit movie Nacho Libre.

He was 51 when he died. Although he outlived many other tragic wrestlers – including the "Lionheart" – it was still too young to go.