The Lions say Andrews should leave hospital later on Sunday and he will be under close observation for the next day or two.

It is worrying for Andrews after Cameron walloped him in a marking contest at the Gabba. 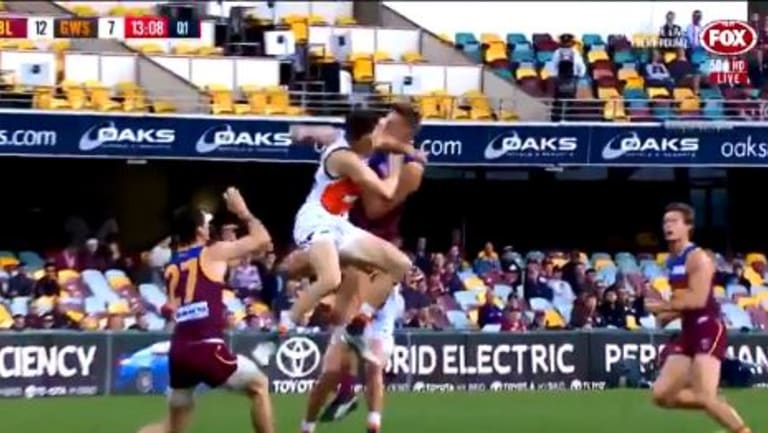 Given the importance of the medical reports in tribunal cases, Andrews' poor health in the aftermath of the ugly incident is also further bad news for Cameron.

AFL match reviewer Michael Christian will surely refer Cameron directly to the tribunal and the Giants star can expect at least a four-week suspension..

Andrews was stretchered off after the first-quarter incident, but he and Cameron shook hands immediately after the match and spoke.

The Lions released a statement on Sunday, saying Andrews became sick on Saturday night and went to hospital.

"Harris is in good spirits, but we will be watching him closely for the next 24-48 hours. He will have a number of scans over the next few days," Lions football boss David Noble said in a club statement.

Cameron's teammate Dylan Shiel also spoke on Sunday and acknowledged that the key forward appears certain to be suspended.

Cameron's absence will be a major blow ahead of next Saturday night's massive home game against Hawthorn.

"I'm not disappointed (in Cameron) – we don't want to see that in our game, but it's a pretty hard game in real time," Shiel told Channel Nine's Sunday Footy Show. 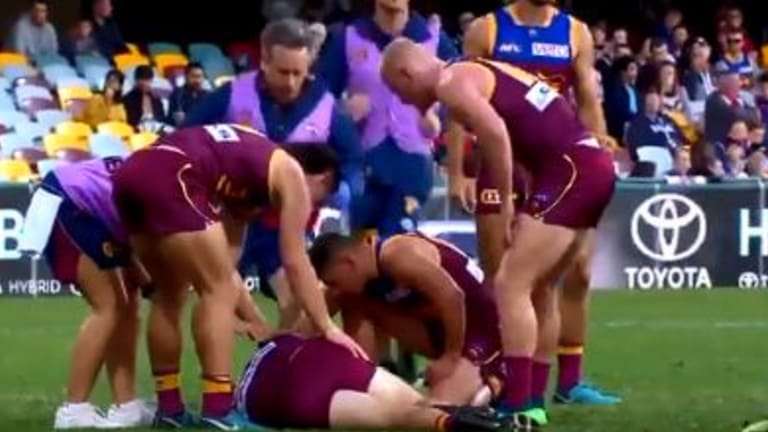 Lions players check on Andrews after the collision.

"There are split-second decisions that need to be made and we know how Jeremy likes to play his footy – he's pretty hard at it.

"Just at that moment he (Cameron) went to protect himself in a marking contest (and) unfortunately he made contact with Andrews.

"I'm not saying Jeremy deserves to get off, but he certainly didn't intend to hurt Andrews."

Two years ago, Cameron pleaded guilty at the tribunal and received a four-week ban for a heavy bump on Brisbane defender Rhys Mathieson.