Lions captain Warren Whiteley says the Waratahs will try as hard as they can to avoid "lineouts and scrums" in their Super Rugby semi-final in Johannesburg this weekend.

Whether it was those "horrid darts" thrown by hookers Damien Fitzpatrick and Tolu Latu in the quarters last week, the intimidation factor of the heavyweight Lions pack, or just a sixth sense about the visitors' plans, Whiteley believes the Waratahs will want to keep the ball in play rather than give the Lions the chance to attack from set pieces. 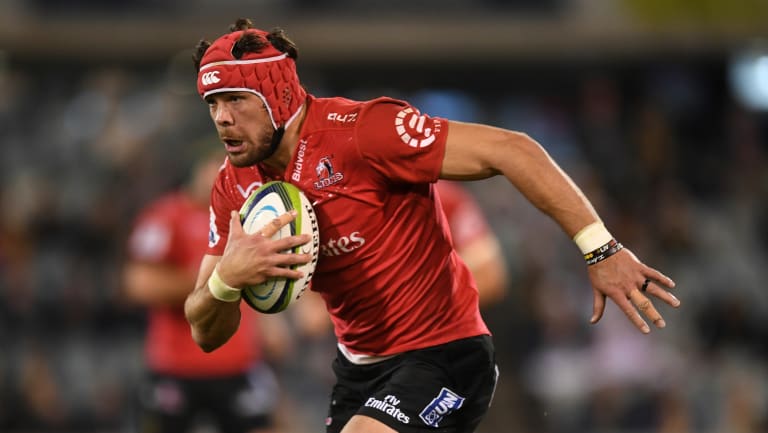 “We need to perform for 80 minutes, that’s what it’s going to take in a semi”: Warren Whiteley.

He predicted a fascinating tactical battle with plenty of possession and a fair shake of contestable kicks to get the NSW attack humming, but with very few to stray outside the white paint.

"Tactically it's going to be an interesting game, to see in those first 20 minutes where they're going in terms of tactics."

Whiteley, a No.8, has captained the Lions since 2014 when they re-entered Super Rugby. In 2016 he led the side out in their away final against the Hurricanes, which the side lost 20-3. But he missed last year's home final against the Crusaders through injury. The Lions lost that match 25-17.

The team will be hoping the third time's a charm. Certainly they have been gathering momentum over the past few weeks, with key personnel, such as hooker Malcolm Marx, flanker Kwagga Smith and No.10 Elton Jantjes improving as the season wears on.

Whiteley said the team could not afford any off spells during the match.

"We need to perform for 80 minutes, that's what it's going to take in a semi," he said. "The Tahs are much the same. As soon as they get front foot ball they're going to punish you. Or if they get kick-receipt, with [Israel] Folau, you give them easy psosession from kicks, they're going to counter."

Malcolm Marx, meanwhile, shook off the high praised delivered him this week by television pundit and former Springboks coach Nick Mallett, who called the hooker "the best in the world".

"I am obviously very humbled but it is not about me it is about the team at the end of the day," he said. "Anything I can do to benefit the team and put the team in a better position to win the game, that is what I will do."

He did that and more last week, with five key turnovers and an intercept try that stunned the crowd at Ellis Park. Marx revealed he enjoyed it as much as the team's supporters did.

"I was actually laughing running to the try line because I was telling the trainers a bit earlier, how often does that happen, a front rower gets an intercept? I was overjoyed and I really enjoyed that moment."