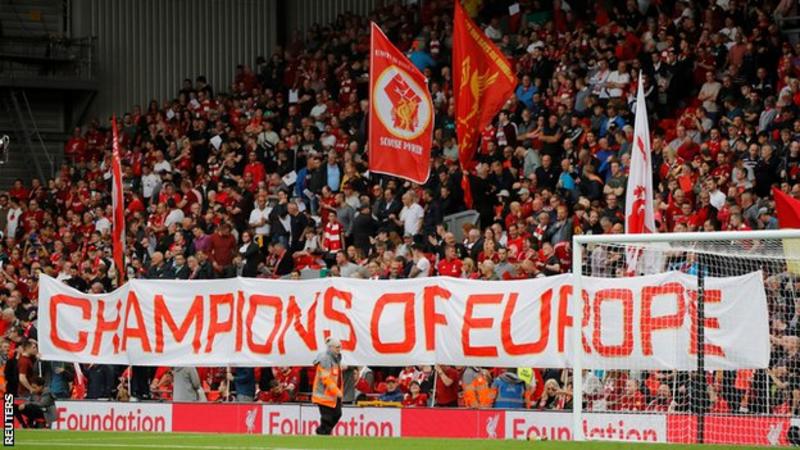 In last season’s record-breaking Premier League title race, a single loss to eventual champions Manchester City in January was enough to deny Liverpool the trophy they have craved for 29 years.

With this campaign’s battle at the top expected once again to be defined by small margins – and with City having strengthened significantly this summer – the need for a fast start to the season was lost on no-one at Anfield as the 2019-20 campaign got under way with the visit of Norwich.

The Reds’ pre-season was dominated by concerns about the fitness of their front three – Mohamed Salah, Roberto Firmino and Sadio Mane – all of whom missed the summer tour to the United States because of international commitments.

Would a lack of preparation time cost Jurgen Klopp’s side at the beginning of the season? And could a slow start derail their title chances before the race had really begun?

The answers to those questions were delivered, emphatically, by Liverpool in the first 42 minutes of their campaign as they stormed into a 4-0 lead on the way to beating newly-promoted Norwich 4-1.

Their blistering start was a cruel reminder of the realities of Premier League football for the Canaries but the perfect way for the Reds to set out their stall for the season ahead.

A performance befitting the return of European champions 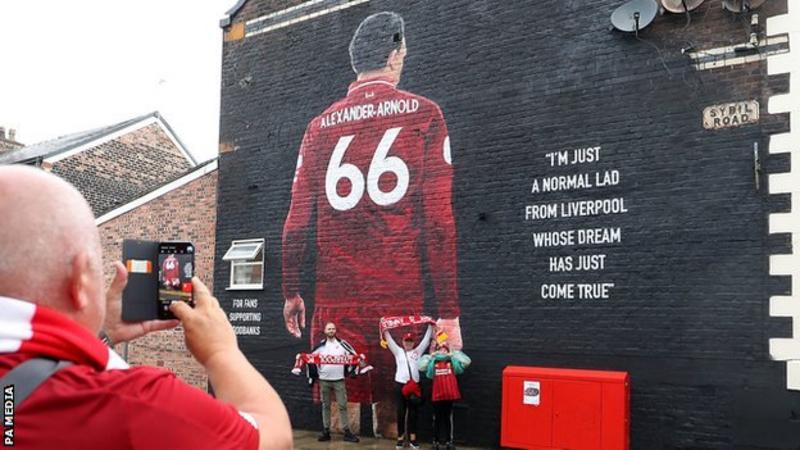 There was a carnival atmosphere for Liverpool’s first home game since beating Tottenham to win the Champions League in Madrid on 1 June.

Inside Anfield, a mosaic appeared on the Kop before kick-off to celebrate Liverpool’s sixth European Cup. Outside the ground, fans posed for photographs in front of a terraced house a stone’s throw from the ground where a new mural pays tribute to Trent Alexander-Arnold, the teenager whose role in last season’s European glory secured his place in club folklore.

The Kop roared its approval when the announcer on the public address system read out Norwich’s team and then shouted: “And this is how the champions of Europe line up.”

On the pitch, the team did not disappoint.

Divock Origi, the hero in the latter stages of last season’s triumphant Champions League run, made a rare start in place of Mane, still not ready to play from the outset having only recently returned to training following the Africa Cup of Nations.

Origi played a starring role, forcing the error for Grant Hanley’s own goal which made it 1-0 and then heading in the fourth, involvements that came either side of goals from Salah and Virgil van Dijk.

Just over 12 months ago Belgian Origi was finishing a pretty underwhelming loan spell at Wolfsburg, but now he is an Anfield hero with the crowd singing his name.

“He played exceptionally well,” said Klopp. “He was brilliant, a proper threat.” 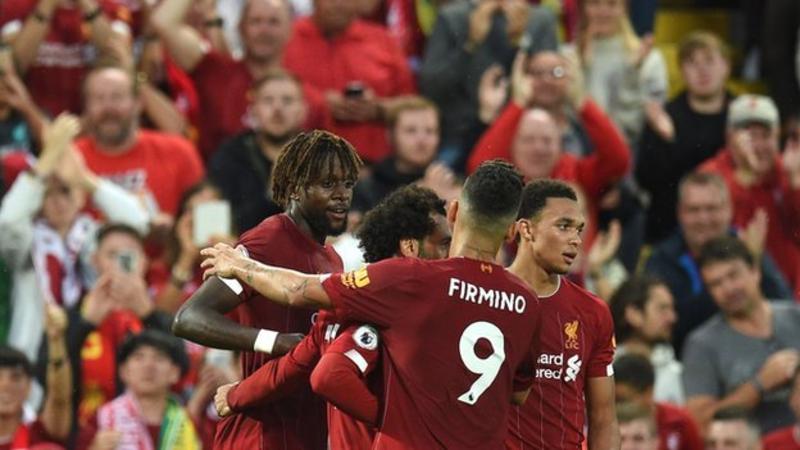 Origi was influential in big moments for Liverpool last season, making decisive contributions in the Champions League semi-final against Barcelona and in the final against Spurs.

His form in those key matches may have swayed Klopp into resisting the temptation to bolster his attacking options in the transfer window, which closed on Thursday.

Much has been said about a lack of significant signings this summer for Liverpool, while rivals City have spent £150m on the likes of Rodri and Joao Cancelo to strengthen a team which could already lay claim to being, in statistical terms at least, the greatest the Premier League has ever seen.

But on this evidence – albeit with the knowledge that sterner tests lie ahead – there was plenty to suggest last season’s familiar faces are in the mood to end Liverpool’s 30-year wait for a top-flight title.

The first salvo in another thrilling title race?

Liverpool surrendered a seven-point lead last season, a run of four draws in six Premier League games in February and March allowing Pep Guardiola’s team back into the race.

The title contest went to the last day of the season, of course, in no small part because Klopp’s team began 2018-19 superbly.

Just as they did against Norwich on Friday, 12 months ago Liverpool started their campaign in style, thrashing West Ham 4-0, a result which was the beginning of a six-game winning run to kick off the season, a sequence which firmly established the Reds as title contenders.

They may need to repeat – or even surpass – the levels of consistency which saw them win 30 of their 38 games last season if they are to triumph come May.

“We lost a little bit of concentration,” said Klopp when talking about Norwich’s goal, managing to find room for improvement in a largely impressive display. 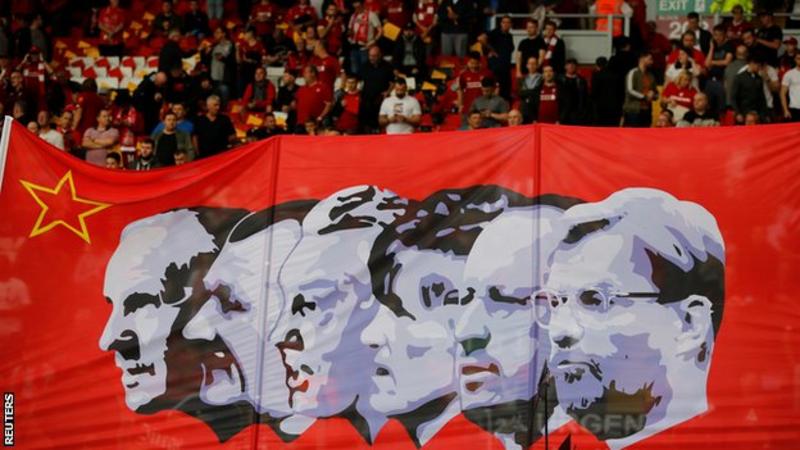 It was just as well Liverpool were in such devastating form in front of goal because Norwich were a threat, having 12 shots in total and five on target in a performance which offered plenty of encouragement for their manager Daniel Farke, in an attacking sense at least.

But the Reds, although not at their peak, continued where they left off last season.

Attacking full-backs Alexander-Arnold and Andrew Robertson were vital in terms of the number of assists they provided, and they found space to cause Norwich problems.

Alexander-Arnold’s pass for Origi’s goal was sublime, Joe Gomez made a welcome first league start of 2019 in defence, and Jordan Henderson gave another whole-hearted performance in midfield.

There was the odd negative, including Alisson’s injury and Teemu Pukki’s goal. Brazil keeper Alisson damaged a calf after slipping while taking a goal-kick and had to be replaced by new signing Adrian, the former West Ham United stopper.

That negative aside, this was the ideal start to a season Liverpool hope will, finally, end in domestic glory.