JURGEN KLOPP became the first winner of a 'Freundship' award celebrating Britain's relations with Germany and promised to "build more bridges" between the two countries.

The Liverpool manager, 54, "fell in love" with Britain while inter-railing aged 18 and says the two nations "need to keep working closely together". 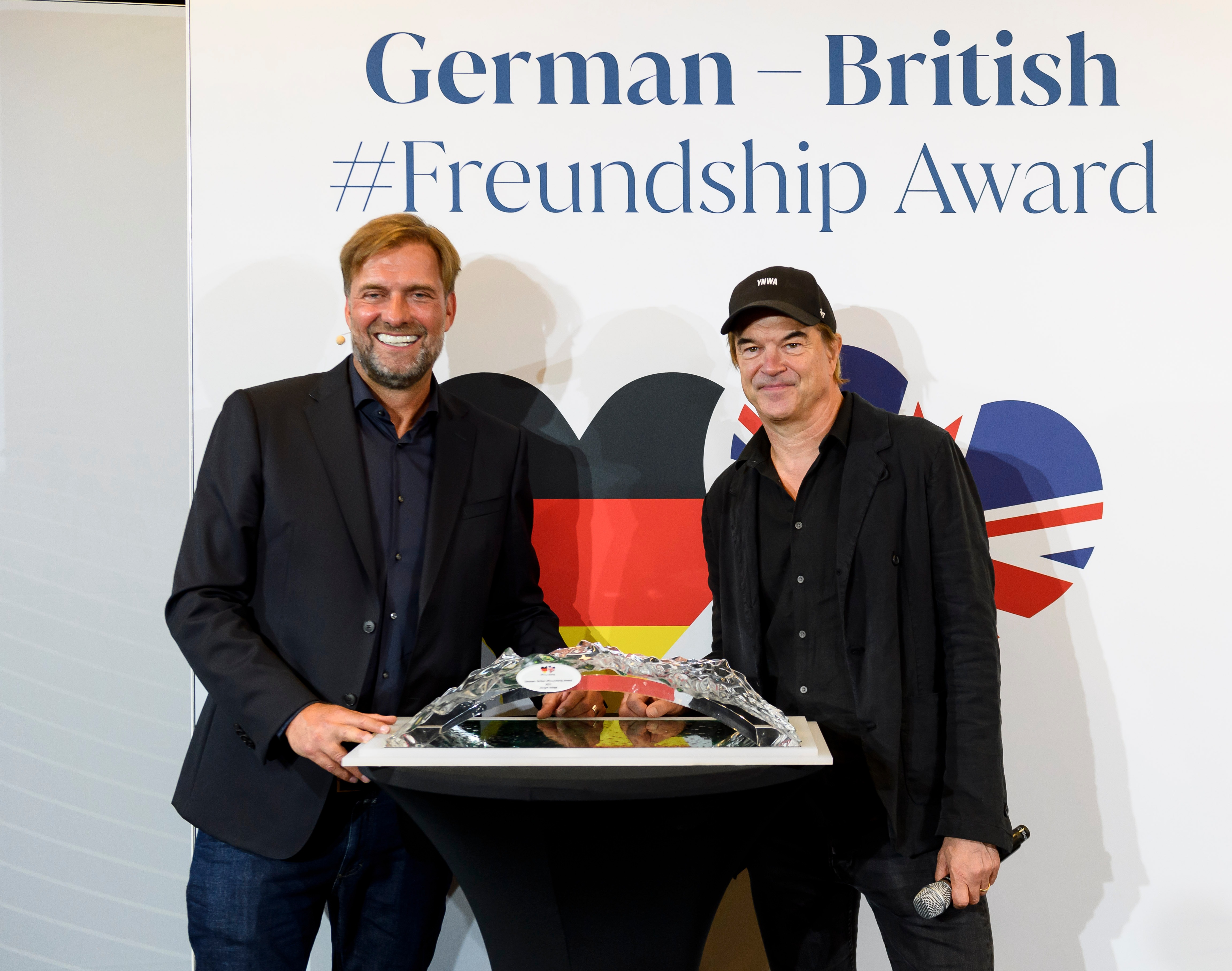 Klopp picked up the honour –  set up by Britain's Chamber of Commerce and Embassy in Germany – at his old club Borussia Dortmund.

Although he joked he had won it due to a "lack of alternatives" he added: "I am accepting on behalf of all Germans living in the UK."

After winning the Bundesliga twice in a row with Dortmund, Klopp has gained huge popularity on Merseyside in his six years with Liverpool.

And he has more than restored their place at the top table, following up Champions League glory in 2019 by winning the Prem the next season.

Receiving his latest honour in front of 300 dignitaries, Klopp said: “I am very happy and honoured to receive this award.

"Today I feel very happy to live in England with my family and if I can help building bridges between our two nations I am more than happy to do so.

"We have amazing people on both sides of the channel, and we need to keep working closely together.”

And he told how travelling the British countryside 36 years ago transformed his thinking.

Klopp said: "I went Interrailing to England with my cousin at 18.

"The weather was bad, even then. Nevertheless, we fell in love with the country.

"People offer you bed and breakfast for £5 [a night]. I come from the Black Forest. It would have been the last thing for us to let a complete stranger sleep with us for money."

Klopp's CV for earning the award was explained by Alex Altmann, a partner at London based accounting firm Blick Rothenberg and chair of the British Chamber of Commerce in Germany,

Altmann said: “Jurgen Klopp is a shining example of what the people of our two countries can achieve together.

"Jurgen has excited, inspired, and connected people across Britain and Germany and has achieved outstanding results.

"We are proud to award Jürgen with this symbolic and prestigious award.”