Liverpool fan Sean Cox has addressed the public for the first time since sustaining a serious brain injury in an attack by a Roma supporter at Anfield.

The life-long Reds fan, 54, suffered major head trauma when he was struck in a random assault by a masked Roma supporter outside Liverpool’s stadium last April.

Sean offered a message of thanks to well-wishers in a video posted by Off The Ball, in which he simply says ‘thank you’ with his thumb raised in the air. 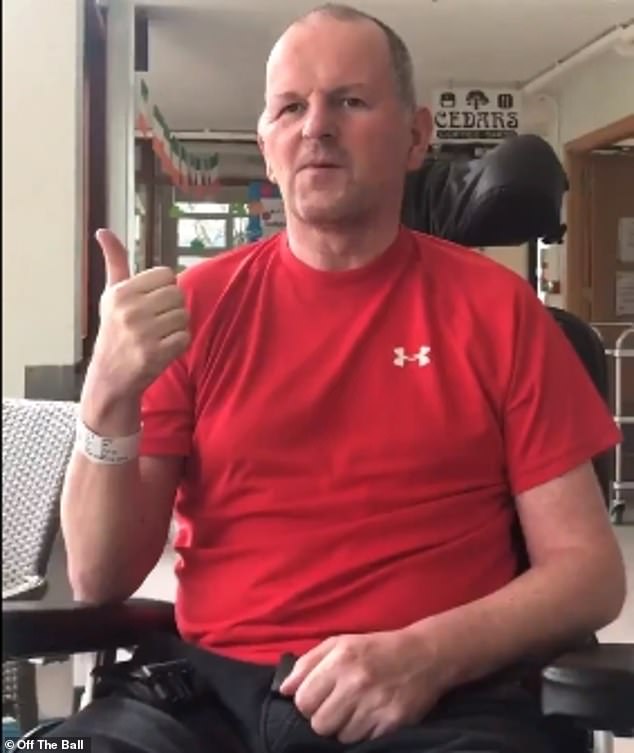 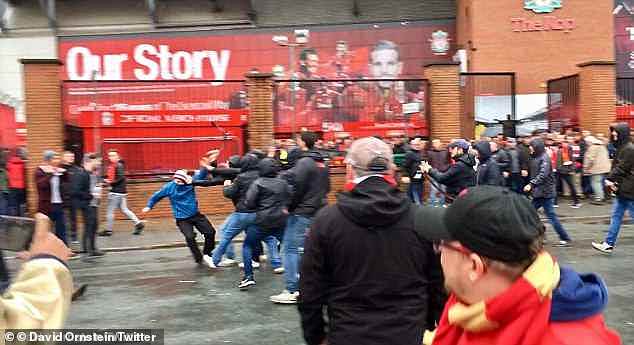 Roma supporter Simone Mastrelli, 30, was in February jailed for three-and-a-half years for the attack.

Sean, the former director of an electrical company, from the town of Dunboyne in Co Meath, will mark a major milestone in his slow road to recovery when his family accompany him to see a charity match held in his honour in Dublin on Friday night.

The father-of-three is currently being cared for in Ireland’s National Rehabilitation Hospital in Dun Laoghaire near Dublin.

His wife Martina said the game at the Aviva Stadium would be the first time her husband would be out in public since the attack. 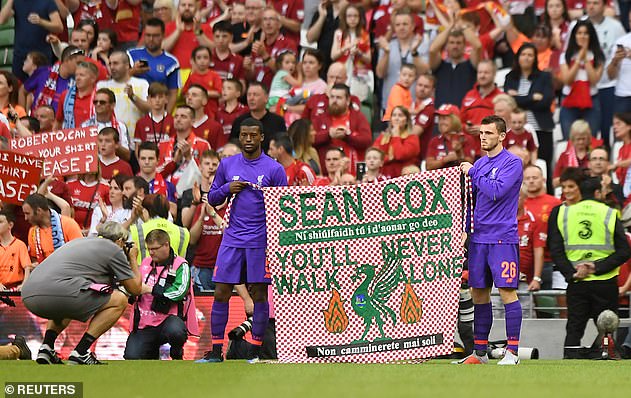 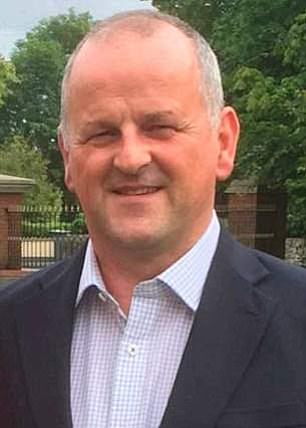 ‘He’s going to be there which is great, I didn’t think it would happen a couple of months ago,’ she said.

‘It’s a big milestone for us. He has been out of hospital for a couple of hours before, but this is him out in the public arena for the first time.

‘It will be quite overwhelming for Sean. He’s been home but literally only in our house, and he’s been with family.

‘At the beginning (after the attack) we didn’t know how things were going to pan out, so to have him at the match is really significant.

‘Particular so for his brother Martin, because he travelled with him that day and they never got to see the match. It’s great for all of the family.’

Mrs Cox, 53, said she would love to see her husband one day well enough to return to his beloved Anfield.

‘He regularly went to Anfield,’ she said. ‘For him Anfield would have been a very safe place, because there had never been any incidents before. But unfortunately that day there was.

‘Down the line when he’s well enough I would say Martin would definitely love to get him there – I would too.

‘I’m sure Liverpool Football Club would love to have him there, because he never got in that day.’

Sean, who turned 54 on Tuesday, will leave the facility in Dun Laoghaire in June. After that he is being moved to spend a number of months in a rehabilitation centre in the UK, with his family moving with him.

Mrs Cox, who lives with the couple’s three children Jack, Shauna and Emma in the family home in Dunboyne, said they have been overwhelmed by the generosity of people who have supported them. 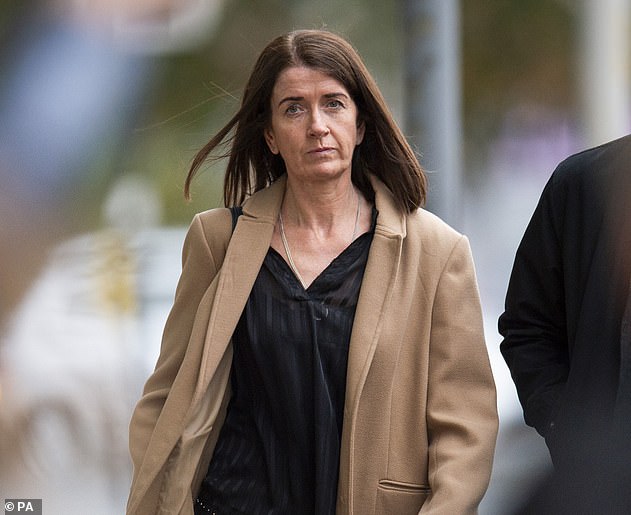 She currently juggles a job as a buyer for the Dunnes supermarket chain with visiting her husband and fundraising for his treatment costs.

‘Our lives literally have been turned upside down,’ she said.

‘He’s only been at home for a couple of hours twice in the last year, so his lack of presence in the house is sorely missed.

Around 25,000 fans are expected to attend Friday’s match at the Aviva Stadium.

‘It’s heart-warming to see that so many people have reached out,’ said Mrs Cox.

She added: ‘His care costs don’t end at the end of this year or next year – what happened to Sean is going to affect him for the rest of his life. He is going to need life-long care.’

Tickets for the ‘Legends for Sean Cox’ match, which kicks off at 7.45pm on Friday, are available from Ticketmaster

To find out more about Mr Cox’s journey, or make a donation, visit www.supportsean.com