Liverpool through to play Real Madrid in Champions League final

Liverpool have progressed to the Champions League final after riding their luck to contain a fired-up Roma in a 4-2 defeat at the Stadio Olimpico which sent the English side through 7-6 on aggregate. 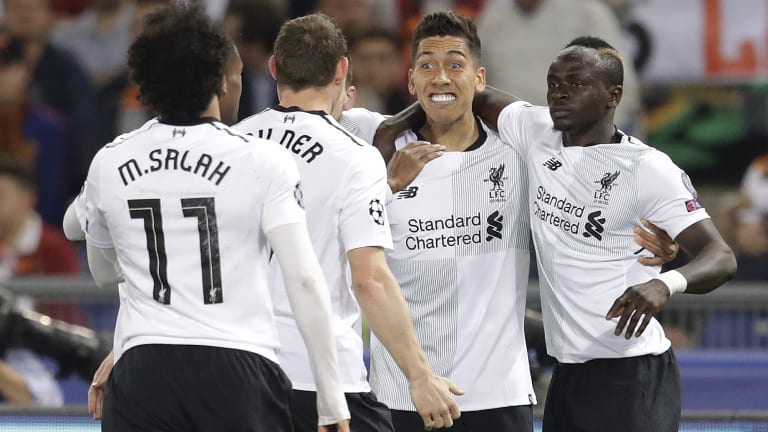 A Georginio Wijnaldum header put Liverpool back in front but Roma were given renewed belief when Edin Dzeko fired past Loris Karius early in the second half.

Nainggolan drilled in from distance after 86 minutes to make it 3-2 and smashed home a penalty in stoppage-time but it was too late for the Italians.

"We never do it the easy way, unfortunately," Liverpool captain Jordan Henderson said.

"It was an amazing effort. In the first half we did well and scored some good goals. Overall we handled the situation well apart from the last 10 minutes." 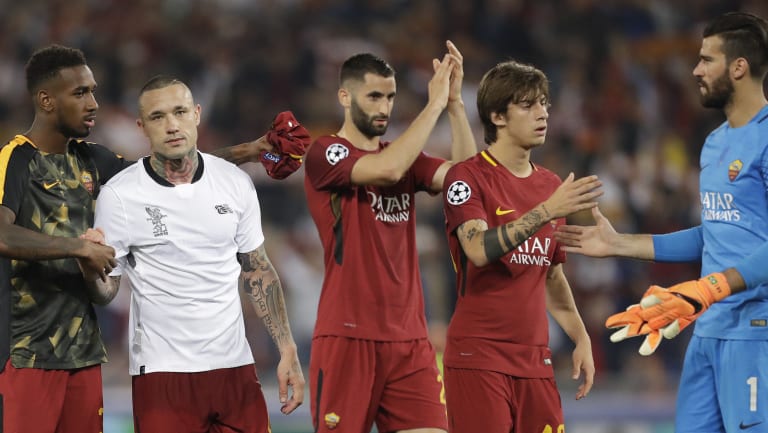 Falling short: Roma players applaud the fans after the match. 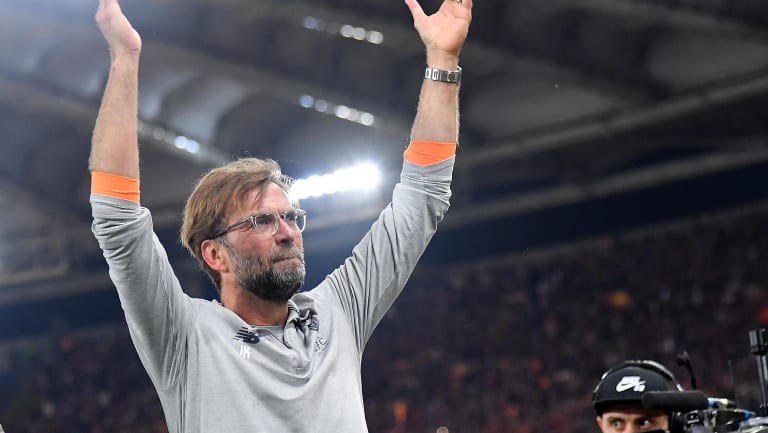 Liverpool's task was seemingly straightforward after a 5-2 win at Anfield – avoid suffering a three-goal defeat and a place in the final in Kiev was theirs.

Roma started brightly but their spirits were dampened when the Reds took the lead, capitalising on a catastrophic mistake with a typically clinical counter.

Roma midfielder Nainggolan played a suicidal square ball that was pounced on by Roberto Firmino, who drove forward and played it through to Mane who buried his left-footed finish past Roma's Brazilian keeper Alisson.

That was the first goal Roma had conceded at home in the competition this season, but they were only behind for six minutes thanks to a calamitous own goal.

Dejan Lovren tried to clear a ball into the area but smashed his effort straight into the face of Milner and it ricocheted past Karius.

The home fans rediscovered their voice, but their renewed spirits lasted only another 10 minutes before Liverpool retook the lead.

The hosts failed to clear a corner and the ball was headed back by Dzeko into the path of Wijnaldum who nodded past Alisson.

Roma levelled for the second time seven minutes after the break as Stephan El Shaarawy's shot was pushed tamely into the path of Dzeko by Karius and the Bosnian slotted home past the German keeper.

It was then backs to the wall for the Premier League side as Roma chances came and went before Nainggolan took aim from the edge of the area and rifled a shot in off the post.

He slammed home a penalty after substitute Ragnar Klavan was adjudged to have handled, but it was not enough to prevent Liverpool from reaching the final for the first time since 2007 and setting up a repeat of the 1981 European final against Real Madrid.