The England midfielder looked a certainty for Gareth Southgate's summer World Cup squad but is now in a race against time to be fit for Russia. 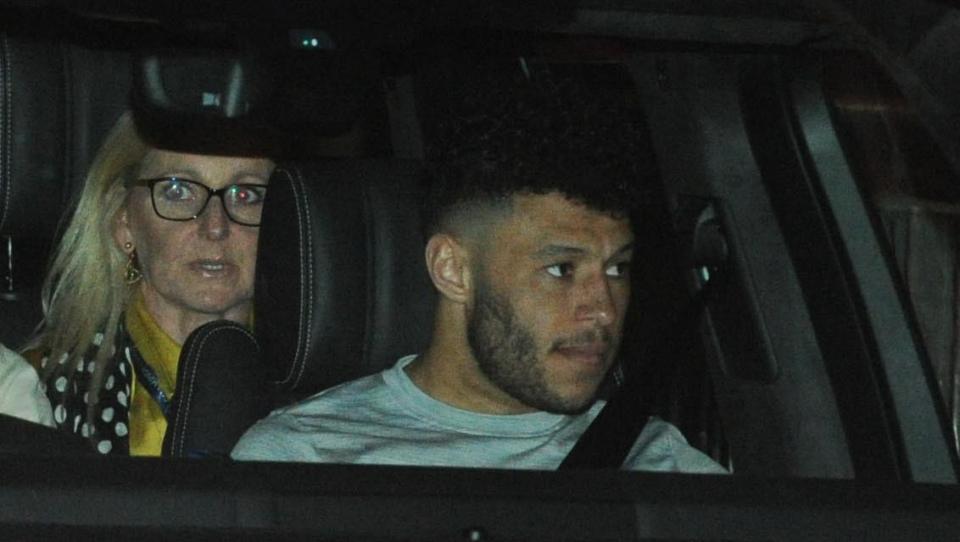 The ex-Arsenal man went off injured with just 17 minutes on the clock for Liverpool with boss Jurgen Klopp admitting it was "probably really bad".

The Ox was in obvious discomfort as he lay on the Anfield grass – with team-mate Dejan Lovren looked visibly upset as he held his hands to his face.

Oxlade-Chamberlain attempted to get to his feet, but couldn't even walk, and ended up being taken off the field on a stretcher. 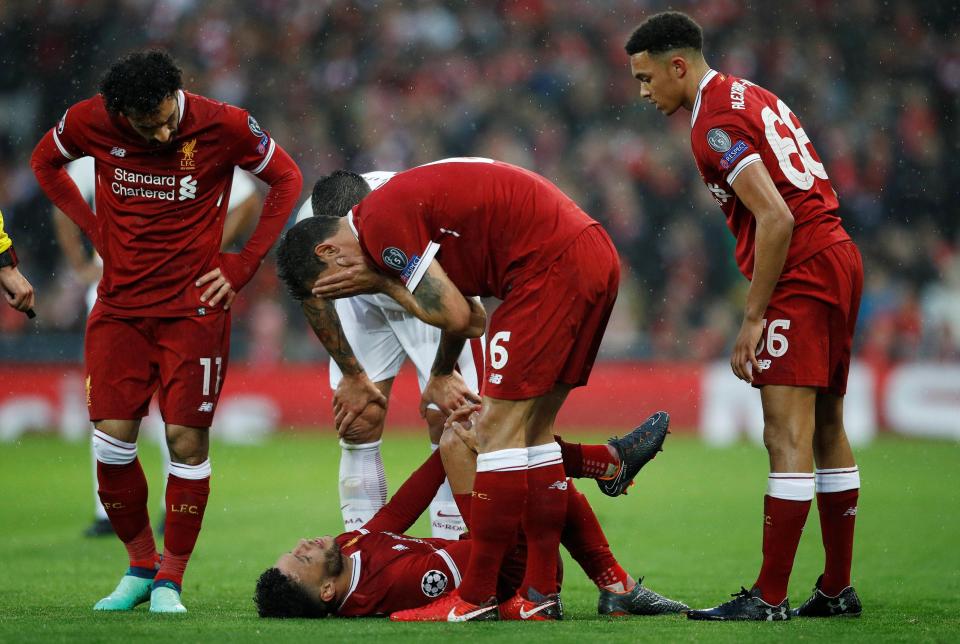 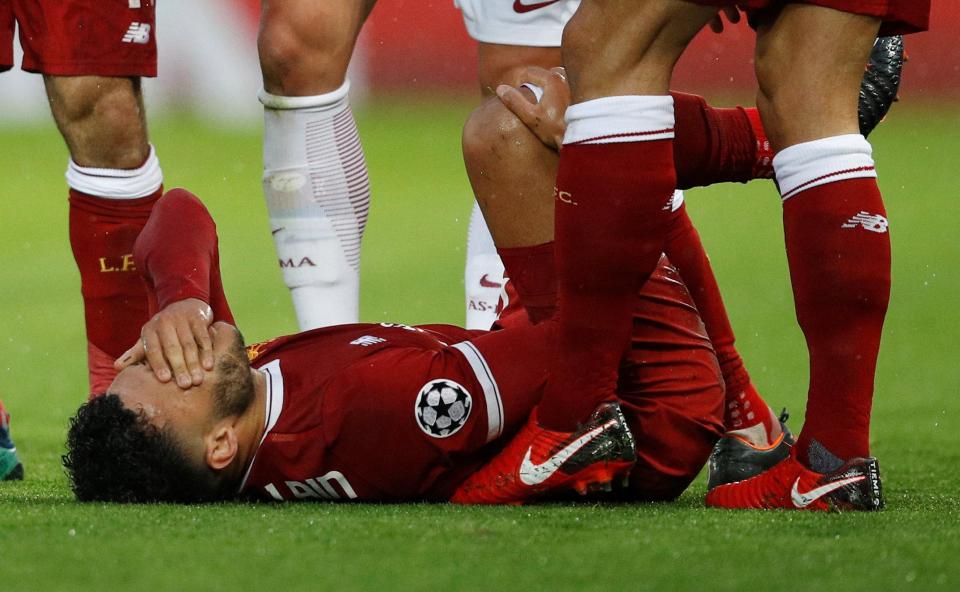 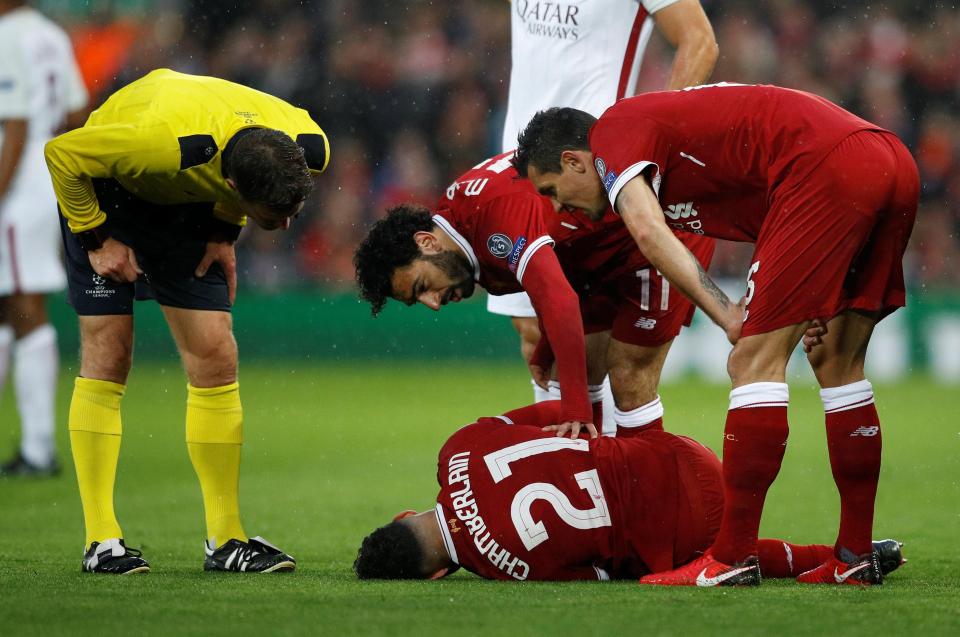 He was replaced by Georgino Wijnaldum with just 17 minutes on the clock, as Reds boss Jurgen Klopp was forced into an early reshuffle.

It could mean the 24-year-old is a major doubt for the World Cup, where he was surely a shoe-in for Gareth Southgate's squad. 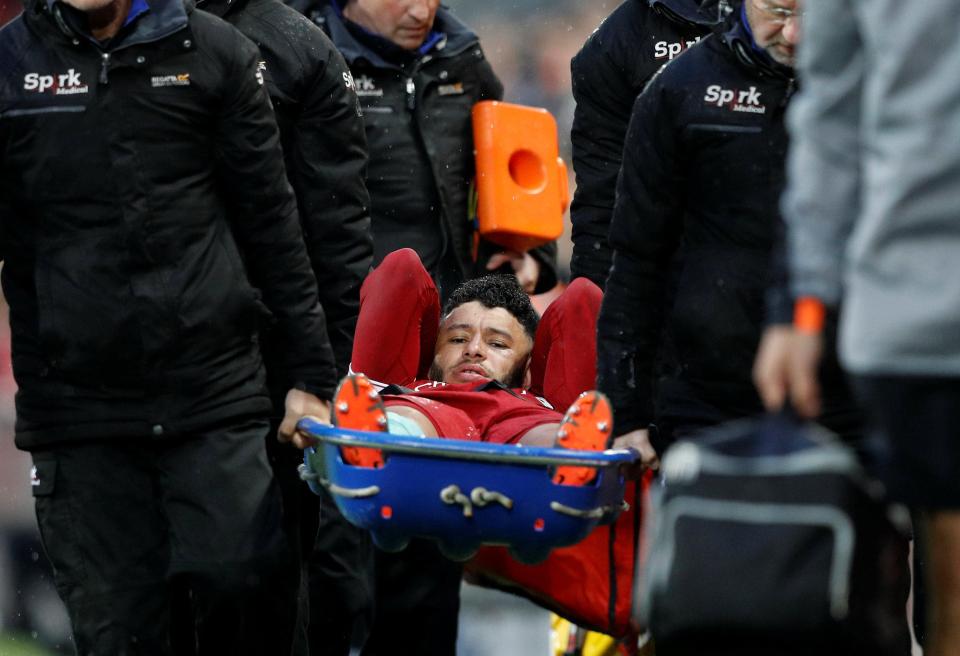 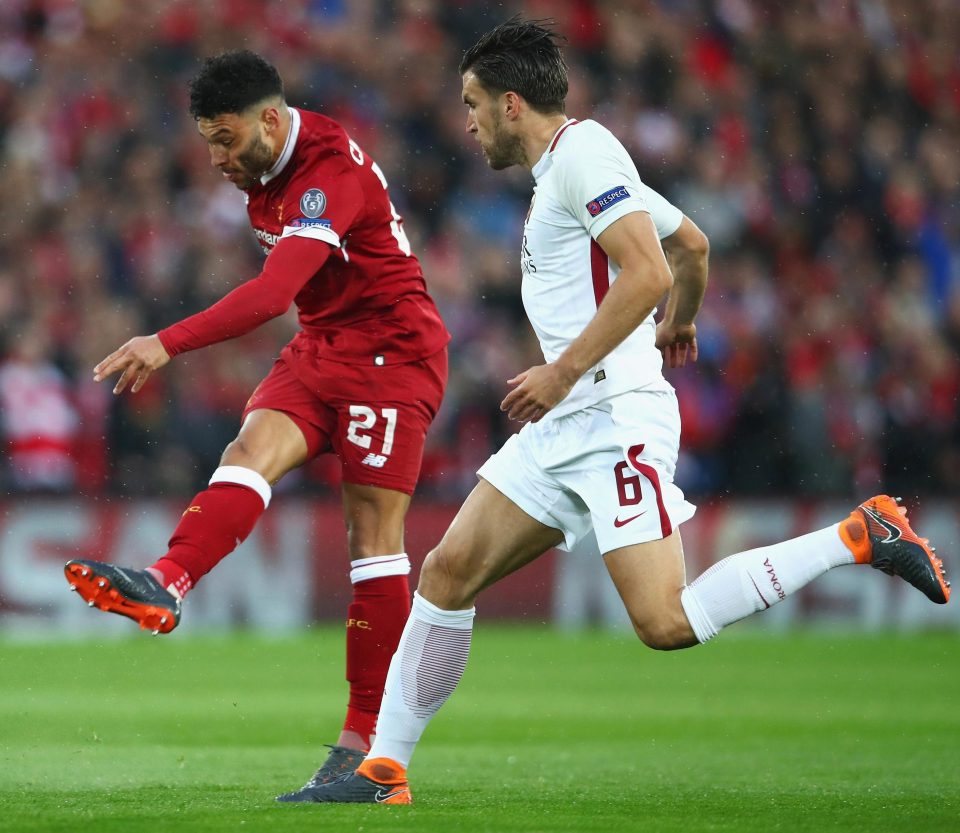 And it would be more World Cup pain for the versatile player.

He missed the 2014 campaign with England when he was injured in warm-up games in the US.

Liverpool secured a 5-2 victory in their semi-final first leg clash thanks to two goals apiece from Mo Salah and Roberto Firmino and a Sadio Mane strike.

Edin Dzeko and Diego Perotti from the spot brought some late cheer in the final ten minutes.

“If we can say that already before the scan, that’s never good news so that means for us it’s a massive blow, of course.

“We have still a few very important games to go and the squad doesn’t get bigger in the moment, so we obviously need to be creative in the next few games.