LIVERPOOL’S Andy Robertson says he selfishly does not want Lionel Messi “anywhere near the Premier League”.

Manchester City are leading the chase for the Argentine after he shocked the football world by handing in a transfer request to Barcelona. 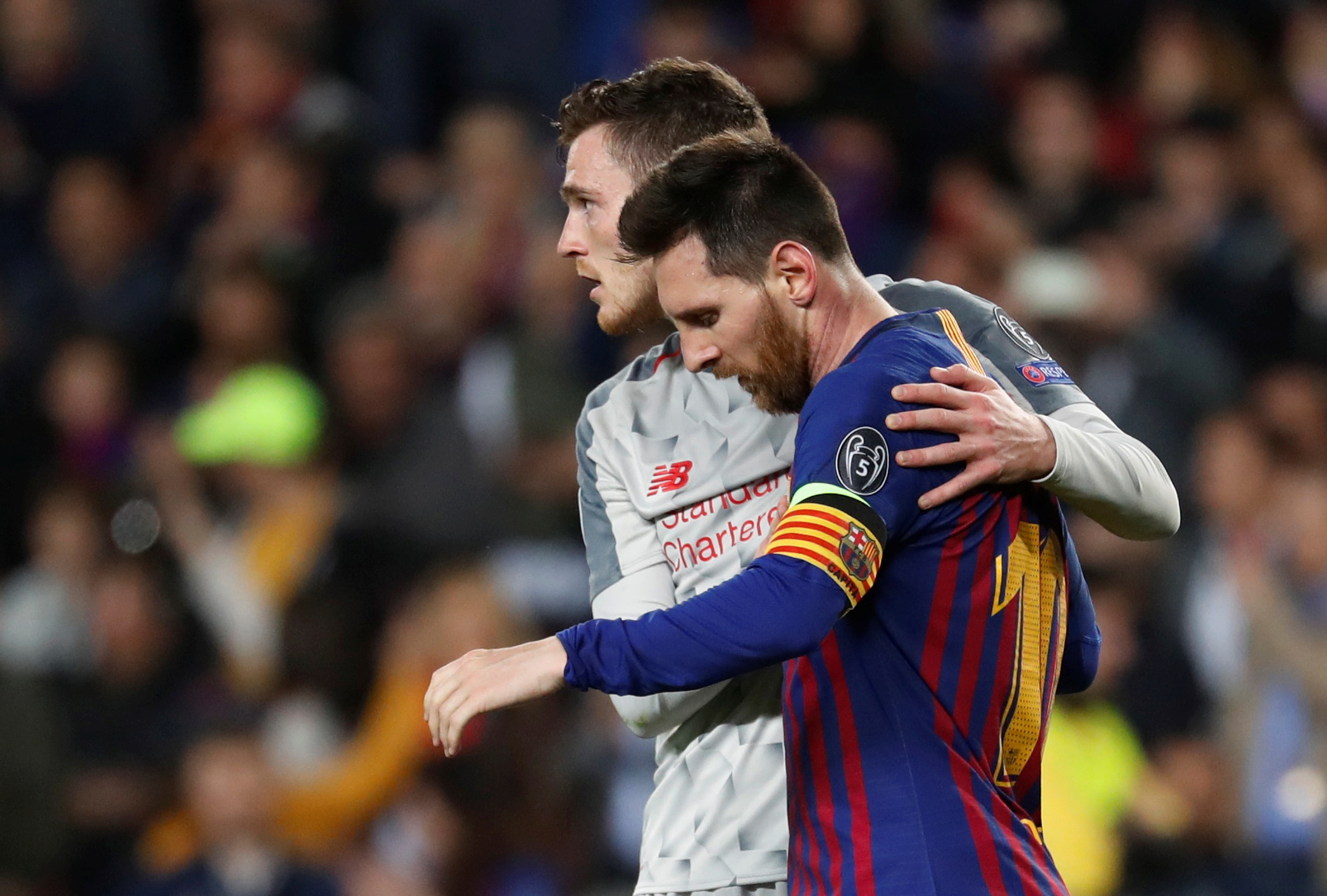 Left-back Robertson, 26, has previously come up against the 33-year-old twice in the Champions League.

But speaking while on international duty for Scotland, he jokingly admitted he does not want there to be a third time if it means him signing for a title rival.

Robertson said: “I think Liverpool have ruled out that we could sign him so I don't want him anywhere near the Premier League and hopefully it stays that way.

“I've played against him twice and it's the hardest games I've ever played.”

But Jurgen Klopp’s side famously fought back in the return match to win 4-0 before going on to beat Tottenham for the trophy.

Speaking to That Peter Crouch Podcast, Robertson said: “In the Nou Camp I thought I'd dealt with him as well as I could have, but he walks off with two goals, it's 3-0, and all everyone's talking about is Messi.

“When you test yourself against the best you want to try and come out well, and he is the best player that's ever played in my opinion. Being directly up against him was as tough as it is.

“When you come up against him you always think 'it's OK, we're professional footballers, we can [handle this].'

“But I think he knocked it by two of our midfielders early on in the Nou Camp, and he was running directly at me and I was like 'oh right, this guy's serious, f***ing hell! He's coming at me now!

“The stuff he does with his feet are just frightening, you need to guess at times to defend against him.

“I remember he was at the byline at one point, and I thought 'he's just playing for a throw-in here, no problem…'

“But he's like dinked it inside somehow, and off he went inside of the park, switched the play, and I was like… no other human can do that.”

Messi is locked in talks with Barcelona over his next step following his shock transfer request last month.

Wantaway Messi, 33, had an hour-long meeting with his father Jorge on Thursday over his situation.

Messi’s dad, who also acts as his agent, then confirmed his son may stay at the Nou Camp this season and leave on a free next summer.

That comes just 24 hours after the same man stated it would be difficult for his boy to remain at Barcelona this term, with Manchester City leading the chase for his services.

Juventus and Paris Saint-Germain are also circling for the icon, who remains in a legal dispute with the Catalans over a clause in his contract which states he can leave on a free transfer at the end of the season.

LaLiga backed his employers in the row, stating any team who wants Messi will have to meet the £630million release clause in his deal.

Since then he has refused to report back for pre-season training and missed the mandatory club Covid-19 testing earlier this week.