LIVERPOOL star Naby Keita was sent packing back to Merseyside after Guinea crashed out of the Africa Cup of Nations to Gambia.

Keita missed out through suspension after picking up two bookings in the group stages. 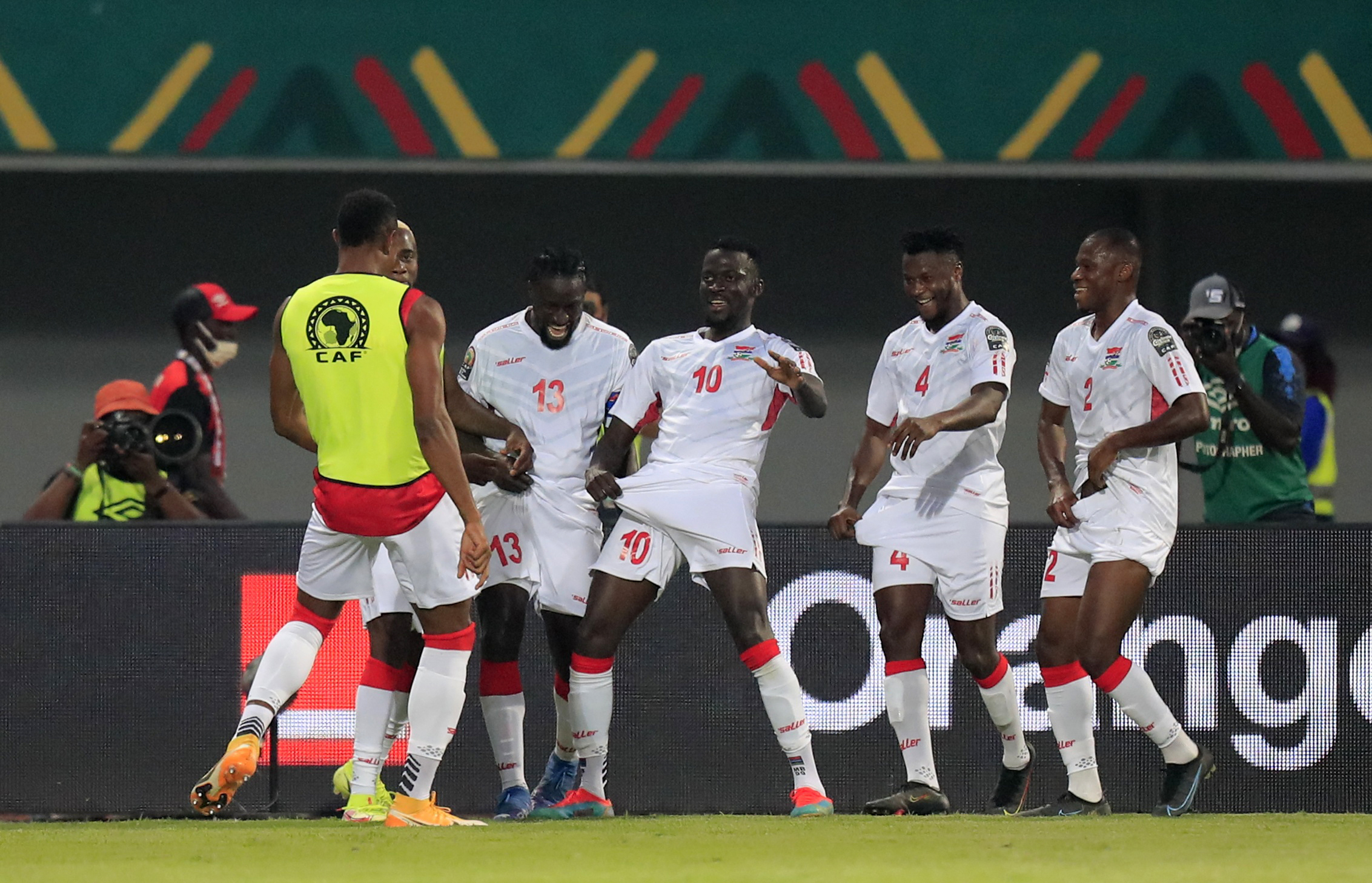 And it was star striker Musa Barrow who broke the deadlock late on to fire the lowest-ranked team in the competition into the quarter-finals.

The 23-year-old Bologna ace burst through Guinea's three-man defence and coolly slotted the ball into the bottom left corner to take his tournament goals tally to two.

Both teams received red cards later on and finished the game with ten men.

Gambia substitute Yusupha Njie was sent off for an elbow on Ibrahima Conte.

But Conte himself later saw red for a second bookable offence.

Up next for Gambia will be either hosts Cameroon or giant-killers Comoros.

Burkina Faso booked their place in the quarter-finals with a penalty shootout win over Gabon.

And Tunisia knocked out one of the favourites Nigeria with a 1-0 victory.

African giants Senegal and Morroco both play on Tuesday against Cape Verde and Malawi respectively.

And on Wednesday, Mo Salah's Egypt take on Ivory Coast, followed by Mali vs Equatorial Guinea.