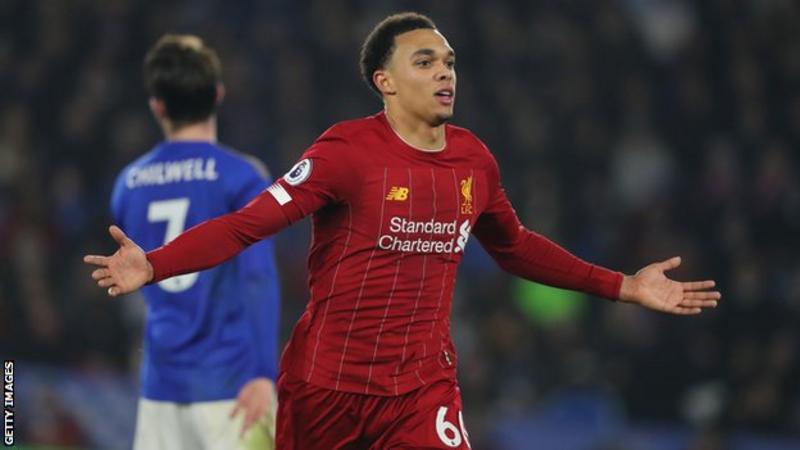 Liverpool will not say it – there have been too many near misses and false dawns in the 30 years since their last title win to place temptation in fate’s path.

The lockdown started moments after Jurgen Klopp’s side produced arguably their finest performance of the season to overwhelm their nearest challengers Leicester City to go 13 points clear with a game in hand.

Liverpool’s players, perfectly understandably, were right on title message: Nothing taken for granted. Long way to go. Race not over.

If they will not say it, then others will. And it can be said with some certainty after the manner in which the Reds produced a 4-0 win that even then did not do justice to their superiority.

This was the night when it became clear that the Premier League title race is now surely over.

Liverpool’s rivals, including reigning champions Manchester City, will continue to fight the brave fight but every measure, and the sheer relentlessness of Klopp’s side, says they are now in a fight for second place.

It would take a collapse of unthinkable proportions from a Liverpool team that have forgotten how to lose league games, and are at the peak of their powers, to throw this away now.

The Queen’s famous horse Devon Loch, who inexplicably fell within sight of the winning line in the 1956 Grand National, would be wiped from the history books as the worst finisher if Liverpool made a hash of this.

Liverpool will, correctly, point to the twists and turns that could yet impact on their route to the title – but every indicator suggests this race is run in all but the confirmation.

Klopp, reflecting on that huge advantage, said: “It doesn’t sound like anything has been decided to my ears. We are just trying everything we can do to be ready for our next games.”

Leicester City manager Brendan Rodgers was never going to give up but his message was that of a realist: “They are going to be very hard to stop. They are a fantastic team, confidence is high.

“They have become winners and haven’t lost many games in the last 18 months. To lose the games they would have to do, they now have got enough players, experience and quality to get the job done.”

And before you even get started on the imperious, swaggering nature of Liverpool’s performances, perfectly illustrated by this demolition of the Foxes, a glance at the statistics show that this is a side that are champions-in-waiting.

This means a Liverpool team that have lost one league game in 2019 and are on a 34-game unbeaten league run now probably need to lose four of their last 20 in this campaign. And that is factoring in that their challengers must keep winning all of their games, a tough assignment when both Manchester City and Leicester City have not come within touching distance of Liverpool’s consistency this season.

This was the biggest margin of victory in a meeting between teams starting the day in the top two positions since then leaders Manchester City won 6-1 at Manchester United in October 2011 – and the margin here could have been even wider.

Liverpool now have the joint-highest lead any team has had on Boxing Day in Premier League history, on a par with Manchester United’s advantage in 1993-94, when they went on to become champions.

This is all bolstering the seemingly unbreakable confidence of a team that have looked on a mission from day one of the campaign, determined to make up for the disappointment, at least in the Premier League context, of last season.

Liverpool did not lose the title last season. Manchester City won it. There were no questions about the Reds’ mental strength. They were simply undone by a superb team that put together 14 successive wins to retain their crown.

And yet Liverpool are on a different level this season, untouchable in pursuit of that elusive title.

The Champions League win set the platform and there has been a sense all season that they will end that long wait to get back on their domestic perch for the first time since 1990.

Leicester did their best to test Liverpool’s nerve with a pre-match display of pyrotechnics and noise plucked straight from a Guns ‘n Roses concert.

The effect? Nil. Not even a glancing blow.

Liverpool were all over Leicester from the start and the star of the show was Trent Alexander-Arnold, who created two goals for Roberto Firmino – he has now assisted eight in the league and 10 in all competitions this season – and scored himself with a rasping drive.

This was flagged up as Liverpool’s biggest test away from home so far and yet they were barely in trouble, hugely in control and sent a chilling message to anyone with ideas of toppling them that it will be an almost impossible task.

This was the night the league leaders confirmed, if there were any doubts, that the long wait for the title will surely end at some point in the not-too-distant future.

Liverpool’s win was that of Premier League champions-elect.