Football editor CHARLIE WYETT was in north-east Italy   for   a   scouting   report. 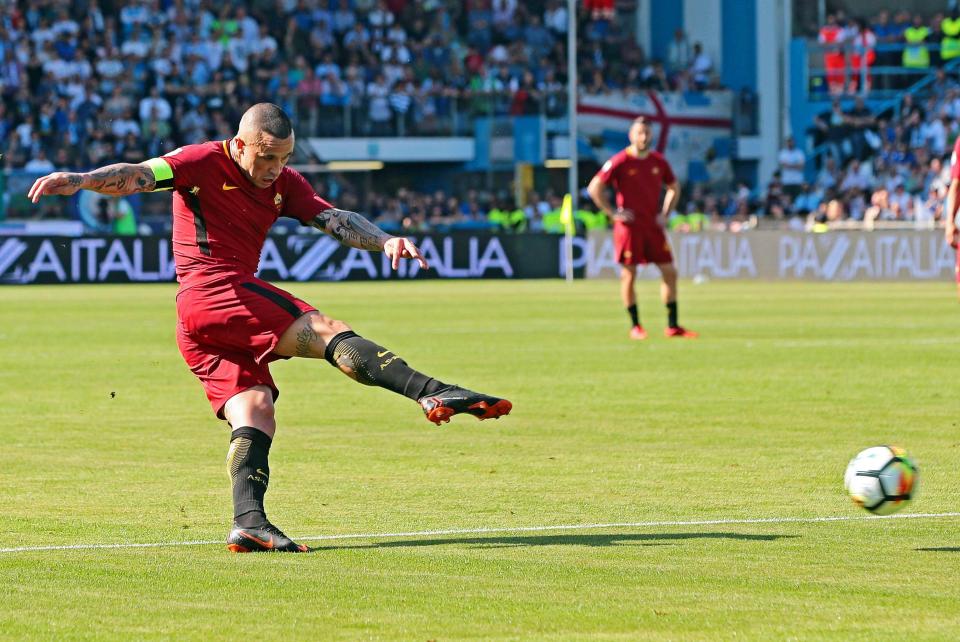 WHO WERE ROMA’S  OPPONENTS?

Their official name is Societa Polisportiva Ars et Labor, so SPAL is obviously a bit easier.

They are a small team in Ferrara, a city of about 130,000 inhabitants 30 miles from Bologna in Emilia Romagna.

They reformed in Serie D six years after going bankrupt for a second time and earned promotion 12 months ago after a 49-year absence.

They are fighting relegation and started the game in 17th place. 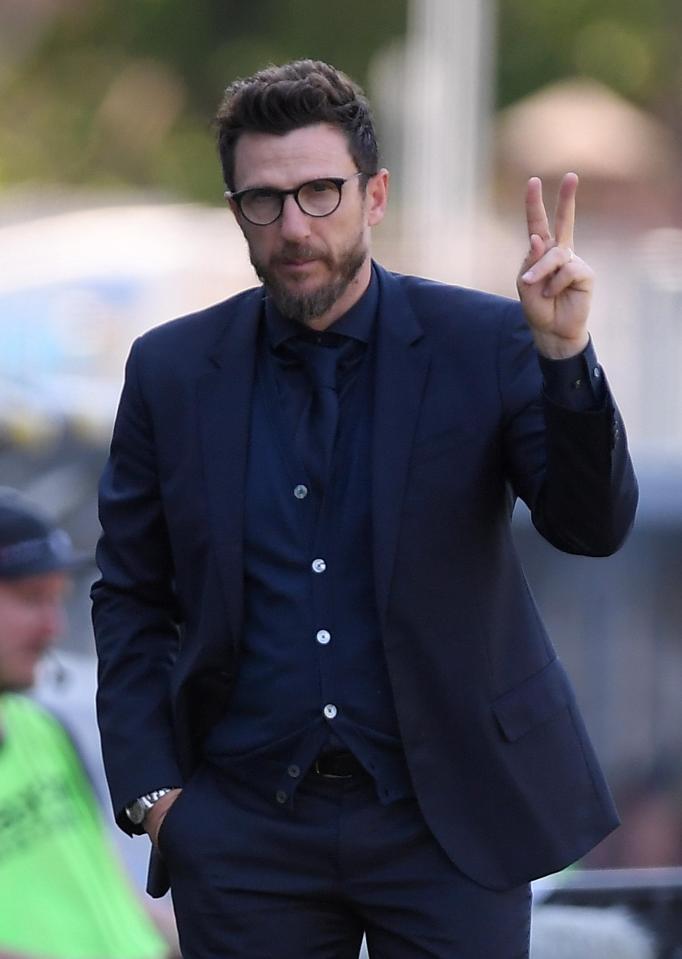 A bit different to Anfield, put it that way.

They paid about £22 a ticket, which is less than a third of the price Roma are charging Liverpool fans for the second leg at the Stadio Olimpico.

They started the game in third spot and are still not certain of a Champions League place next season.

Equally, all eyes are on their trip to Liverpool on Tuesday, so it was a case of mix and match as they also played only three days earlier in a 2-1 home win over Genoa.

Roma coach Eusebio Di Francesco only started with six of the team which stunned Barcelona 3-0 in the second leg of the Champions League quarter-finals. 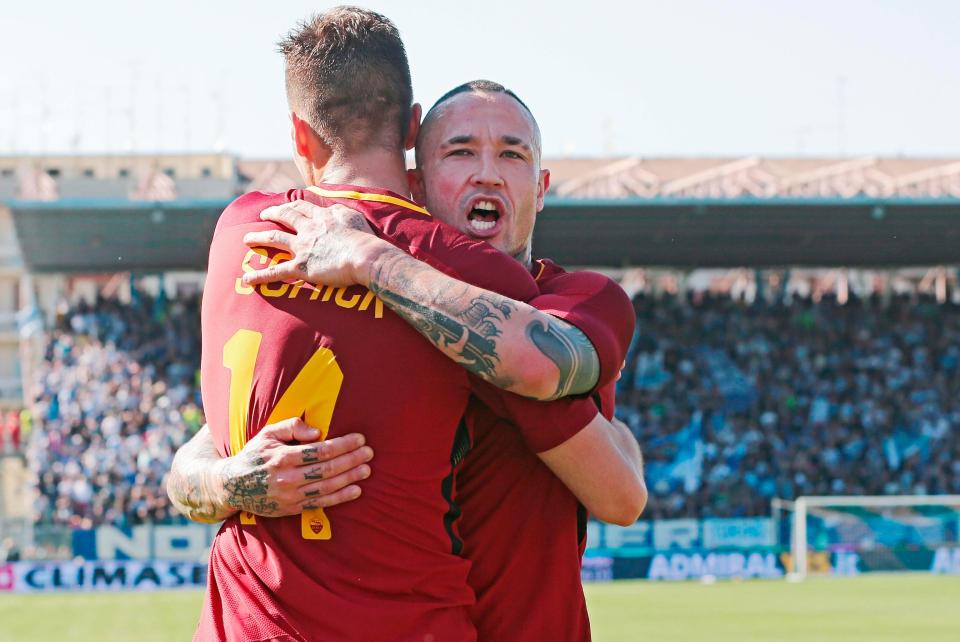 Edin Dzeko, who has scored 51 goals in 100 Serie A appearances, remained on the bench throughout, alongside experienced captain Daniele De Rossi.

Former Manchester City defender Aleksandar Kolarov was rested with a muscle strain but should start against Liverpool.

The question was: ‘If you had to pay your dog to live in your house and play with you, would you?’ 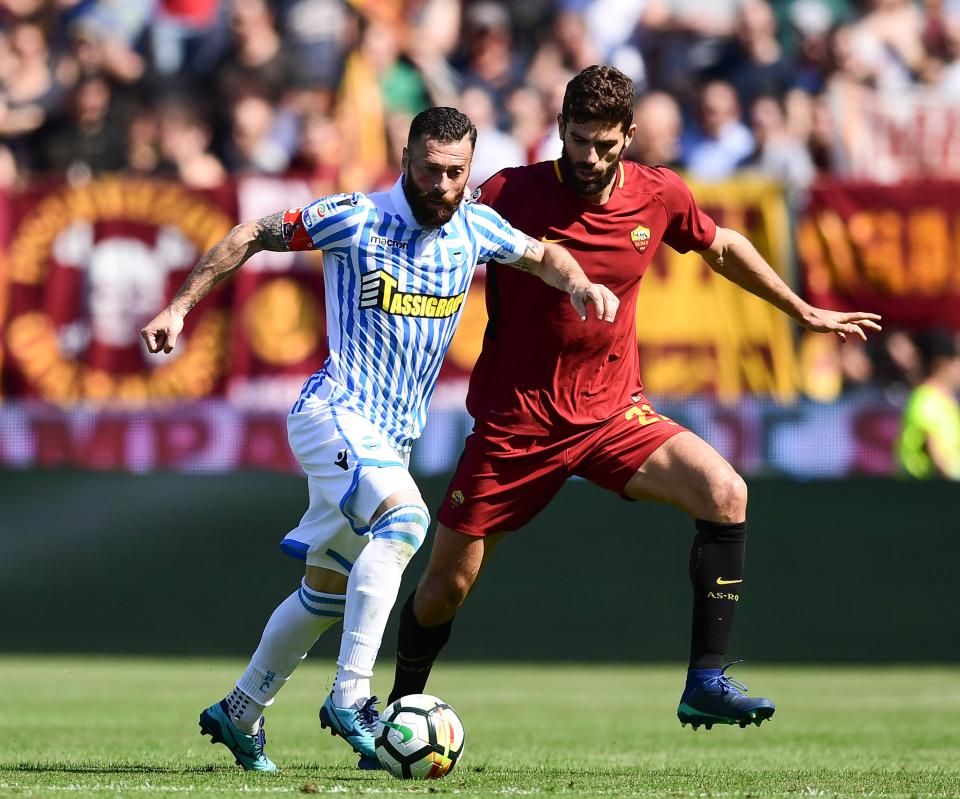 WHAT WAS ROMA’S FORMATION?

They lined up in a 4-3-3. Coach Di Francesco, 48, who was capped 12 times for Italy, expects his team to press with intensity.

He prefers this system, although he is not afraid to change.

This is why, having lost the Euro first leg 4-1 in Barcelona, he played with three at the back for the second leg — and it worked wonders.

HOW DID THEY PLAY IN THE FIRST HALF?

Roma became stronger after a slow start and their opening goal, in the 33rd minute, was no great surprise.

It was an own goal with Francesco Vicari, under pressure from Kevin Strootman, turning Lorenzo Pellegrini’s cross into his own net.

Roma made it 2-0 in the 52nd minute when Belgian midfielder Radja Nainggolan fired towards the corner, although Patrik Schick got a feather touch. The third just before the hour mark was definitely Schick’s as the Czech striker scored with a firm header.

A few of the home fans chanted “Forza Liverpool”.

The perfect warm-up for Tuesday’s trip to Merseyside.

A win kept them in the hunt for a top-four finish but, most importantly, the team was not stretched and keeper Alisson Becker could have had a day off.

He will certainly be busier when they face Liverpool and, in particular, their former favourite Mo Salah.

But, perhaps most importantly of all, Roma did not appear to get any injuries.

Dutchman Strootman worked hard in midfield while Nainggolan was so impressive he received  generous applause from the home fans when he was replaced.