LIVERPOOL would be just one point off the top four if VAR had not been used in the Premier League this season.

The Reds are currently down in seventh place, four points behind fourth-place Chelsea following their fifth successive home defeat on Wednesday. 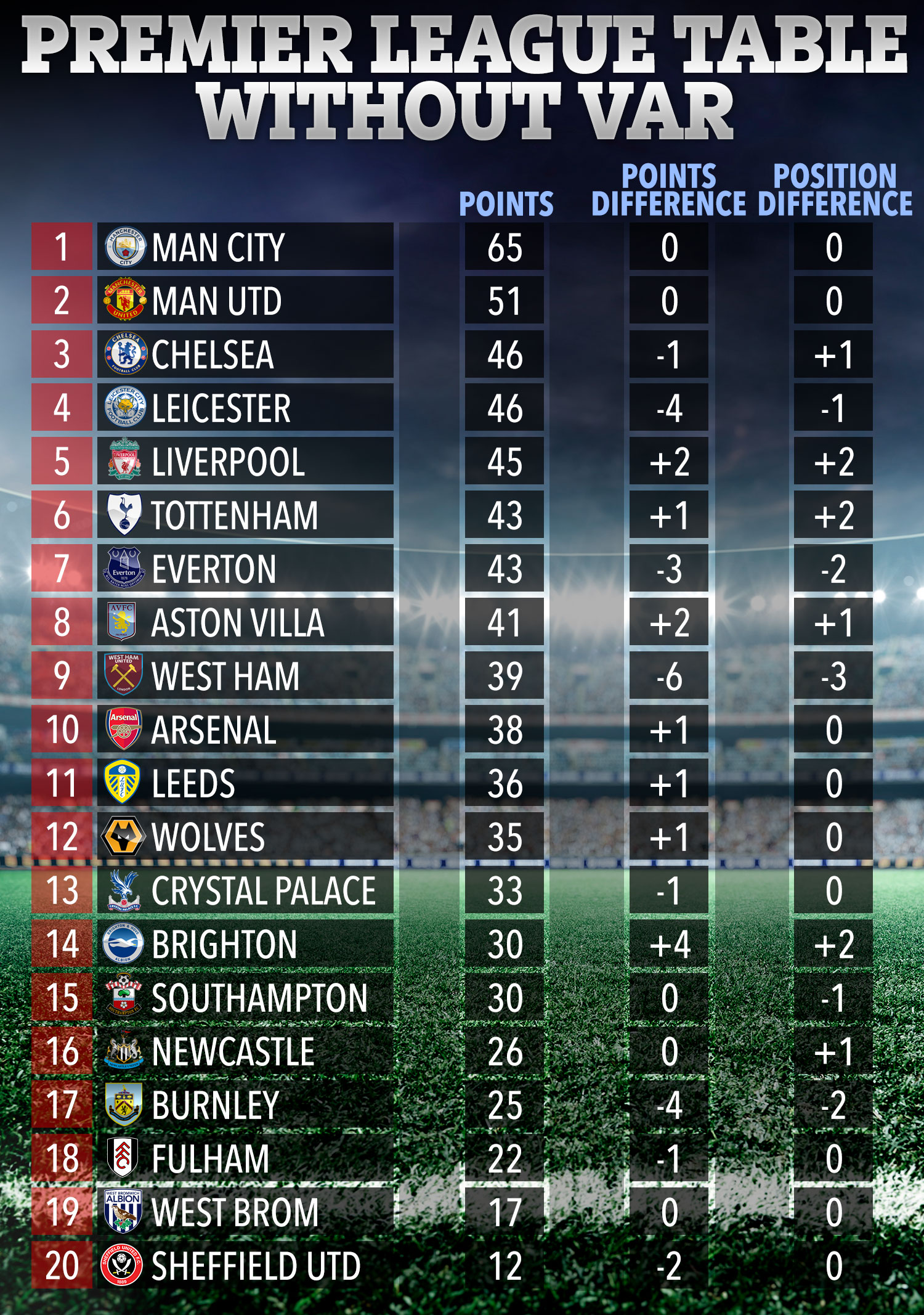 But if technology had not been introduced then Jurgen Klopp's side would be just one point off a Champions League place, according to The Mail.

Meanwhile, Leicester have benefited majorly from the introduction of VAR.

Brendan Rodgers' team are third in the Premier League with 50 points, but would be four points worse off in fourth if technology had not come to their rescue.

West Ham are the biggest beneficiaries of technology as they have six more points than they would have done without it.

And Brighton have suffered the most from VAR as they would be on 30 points but are instead languishing on 26.

The bottom three remains unchanged with or without VAR – Sheffield United, West Brom and Fulham are still in the relegation zone.

And the gap between Manchester City and Manchester United at the top of the table also remains the same at 14 points.

But Burnley will be grateful for VAR as without it they would be down in 17th fighting for their lives.

West Ham are the biggest winners in the top half as they would drop from sixth to ninth if technology hadn't been used.

But Liverpool and Tottenham are the biggest losers from the top ten as they would both be two places higher without VAR in use.