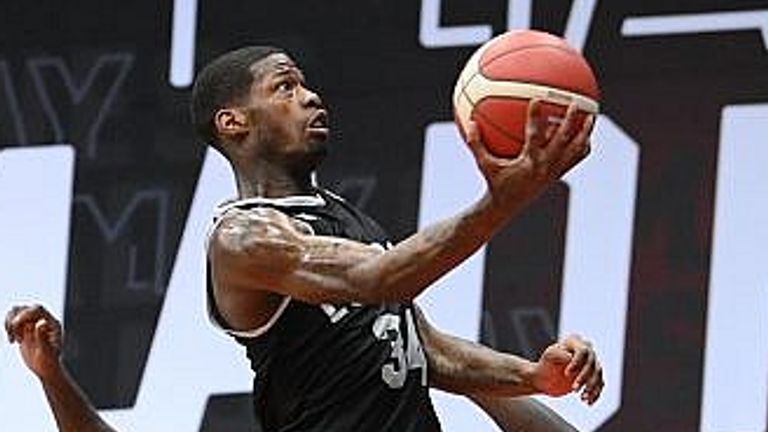 London Lions and Newcastle Eagles will rule the roost of the 2020-21 play-off finals as both their BBL and WBBL teams face each other in this weekend’s season finale.

Newcastle delivered an incredible performance to beat the Leicester Riders 88-69 in their second leg, before London overturned a 12-point Plymouth Raiders lead from the first leg in a stunning comeback to win 100-80 on the night and set up a repeat of this season’s BBL Cup final.

The Lions exploded out the blocks in the first period of the evening’s second game, and the 12-point Raiders lead from the first leg quickly turned into a two-point London advantage on aggregate as Justin Robinson led from the front with 17 points in the opening quarter.

Plymouth halted the Lions’ momentum in the second period as they held their opponents to just 12 points and capped a fine finish to the half with a monster jam from Ashley Hamilton, who will have considered himself unfortunate to have missed out on the Molten BBL Team of the Year earlier this week.

London were further hindered in the third period as they lost Robinson to injury and Orlando Parker fouled out the game, however the inspired MVP-candidate DeAndre Liggins came out firing to spearhead the BBL Trophy champions’ charge.

Their lead had been cut to just one point on the night halfway through the third, before Liggins, who scored a team-high 23 points, iced a late flurry with a dagger three-pointer with just over a minute to play.

Rickey McGill, who played all 80 minutes in an enthralling tie, led all scorers with 25 points as he capped off an impressive season with another galvanizing performance, however it was the Lions who booked their place in Saturday’s end-of-season showdown.

The evening’s action had tipped off with the BBL champions facing the BBL Cup winners, after an exhilarating first leg saw a late Eagles surge bring them to within one point of the Riders on aggregate.

Newcastle started the stronger of the two sides and, led by Evan Maxwell’s eight first-quarter points, took a nine-point lead going into the second. The Riders hit their stride in the second period and a late 6-0 run closed the gap to only one point on the night going into half-time.

The Eagles then sparked into life in the second half to blow the champions away, and, led by their own MVP-candidate Rahmon Fletcher, held the Riders to just 12 points in the third quarter. Holding a commanding lead going into the final period, the Eagles refused to take their foot off the gas at both ends of the floor and stamped their place in what is sure to be an absorbing season decider.

Fletcher led all scorers with 27 points in an outstanding individual display that also saw him rack up 10 assists, while Darien Nelson-Henry led the Riders with a double-double of his own with 13 points and 11 rebounds

The BBL and WBBL play-off finals take place at Leicester’s Morningside Arena on Sunday May 16, again live on Sky Sports.