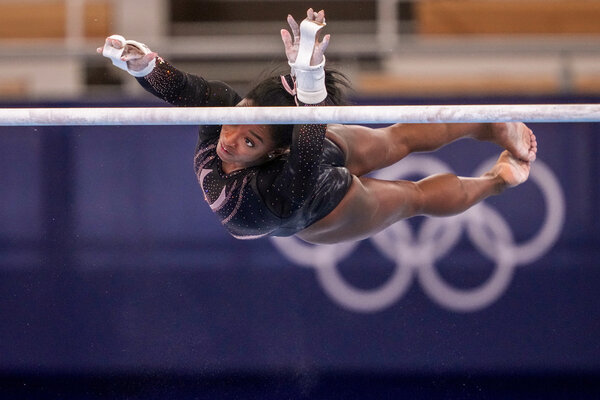 If you’re looking for Simone Biles, the American face of these Olympics, you won’t find her in the stadium as the United States team appears. Biles and the rest of the American gymnasts aren’t marching.

The women’s team won’t be walking because it is “focused on preparation,” said Meredith Yeoman, a spokeswoman for U.S.A. Gymnastics.

The women were so focused on Friday, in fact, that after practicing at the Olympic venue they took no questions from reporters afterward, as other athletes did. Instead, they walked right by single file, with Biles in the lead.