James Tedesco barely watched his game one heroics. He flicked through the tape with Roosters roomate Victor Radley, then vowed to set the bar higher. No Andrew Fifita curse here.

Kalyn Ponga comes on the same TV and he can't turn away. Twenty years old, electric speed, shredding tiring forwards, turning on a dime … Tedesco loves it. Without peer in the NRL this year, he reckons. 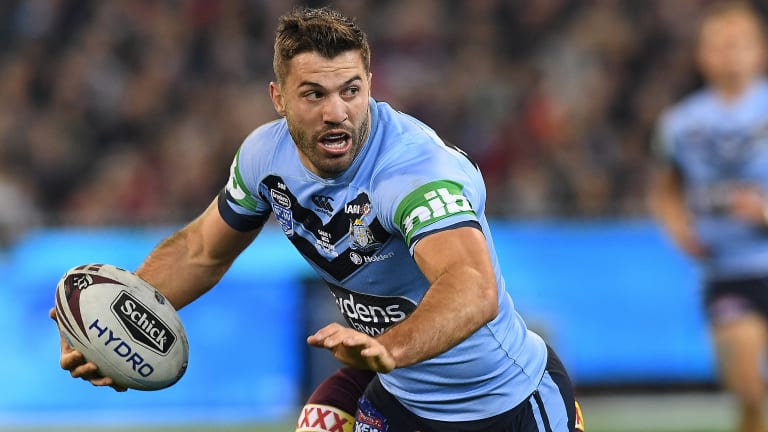 Ask about his own game and Tedesco is understandably humble. Ask about Ponga's game and he's anything but understated.

When, where and how Ponga is used from the bench in his State of Origin debut, one of the least experienced Maroons to pull on the Queensland jumper, is the subject of much debate.

But there's little argument about the long-term rivalry Tedesco and Ponga are likely to enjoy as the no.1s for their respective states in coming years with Billy Slater's representative retirement imminent.

Every time he gets the ball you know something's going to happen, even if he's got 10 guys in front of him he can just create something

Tedesco tussled with Tom Trbojevic for ownership of the fullback jersey this year – and won. Just. On the evidence of his display in the series opener he won't be relinquishing it any time soon.

But just as Fifita was harassed and harangued into being merely a footnote in games two and three last year after torching the Maroons in the first match, Tedesco insists he was nowhere near the finished product in a star-studded display at the MCG.

Asked about the extra attention Queensland coach Kevin Walters will devote to him, Tedesco said: "I've copped that for a few years at the Tigers where a lot of teams would pressure me and target me a bit. That's something I'm used to.

"Again I don't want to think about that too much otherwise it will play on my mind.

"If I go out there and trust my instincts like in game one hopefully my opportunities will come."

NSW will be trying to reverse an abysmal recent record in matches when they have a chance to clinch the series, winning only once in eight attempts stretching back to 2011.

Not that Tedesco thinks it will be an issue for Brad Fittler's fresh-faced Blues, set to hand a 12th cap to an Origin debutant this series when Matt Prior replaces Reagan Campbell-Gillard.

"Before last game you wouldn't have picked there were that many debutants and we'd lost that many series in however many years," Tedesco said. "They just came in confident after playing good footy for their clubs. They brought that confidence in. I think we'll have that same energy this week."