BOXING chiefs have withheld Alexander Flores' £71,000 purse and demanded an explanation after his 'unusual' 45 second KO defeat to Luis Ortiz on Saturday.

The heavyweight hit the canvas, despite contact appearing minimal, with the ref waving it off after Flores failed to recover within the ten count. 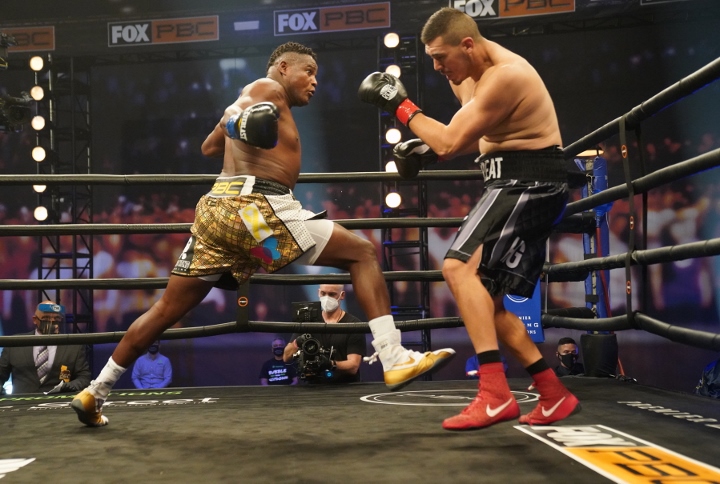 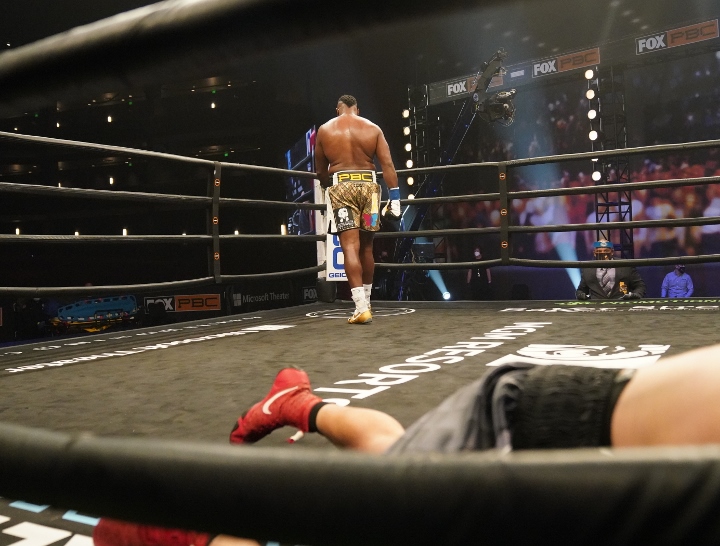 And the California State Athletic Commission (CSAC) are now investigating the suspicious result.

CSAC executive director Andy Foster told The Athletic the purse had been stopped due to the 'unusual nature of the fight being stopped'.

And he added: "It's really rare, we hardly ever do this.

“I want to be very clear that all we’re doing is taking some time to review it.

"We’re not saying (he) did anything wrong at all.

"We need to take a look at this a little more than we have because (the conclusion) raised some questions.

Flores, 30, will now be required to attend a hearing after Foster consulted the ringside doctor, the referee and a commission member after the fight at the Microsoft Theater in Los Angeles.

Despite the apparent lack of contact in the immediate build up to Flores' collapse, he did swallow two huge left handers in the opening seconds of the fight.

Ortiz, 41, is a renowned heavy hitter and many had already billed the contest as a mismatch before the fight.

It was Ortiz's first fight since his defeat to Deontay Wilder in November 2019.

If the result stands, he will boast an impressive record of 32-2 including 27 knockouts.

And he is edging closer to a fight with Tyson Fury as a result.

The loss will be Flores' third of his career if it is ratified.