The game's biggest-name free agent pulled up sore from the Suns' loss to Adelaide on Saturday night, and following assessment it was found he has a PCL issue, the same injury that prematurely ended his 2017 campaign.

While Lynch does not need surgery, he will spend a month on the sidelines resting and strengthening his knee with the club hopeful that stint will ready him for the back half of the season. 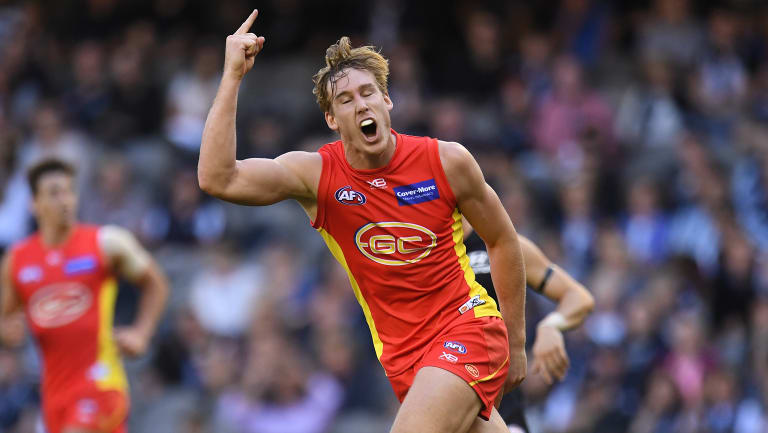 Lynch, 25, will miss this Saturday's game against the Western Bulldogs in Ballarat followed by games against Melbourne at the Gabba and Port Adelaide in China. The Suns' early bye, which follows the clash with Port in Shanghai, helps Lynch's cause in that he is only expected to miss three games.

He should return for his side's meeting with Geelong in round 11, which will be the first time Gold Coast play at Metricon Stadium this year, because of the Commonwealth Games.

Suns general manager of football operations Jon Haines said on the club website that Gold Coast had opted to take a conservative approach.

"He's experienced some aggravation in his right knee," Haines said.

"He'll commence his rehabilitation straight away."

Lynch has kicked 14 goals in six games to start the season, eight of which came in the round two win over Carlton. The Suns, under new coach Stuart Dew, have started the season 3-3.

The Victorian is a restricted free agent and highly sought-after, with Richmond believed to be among the clubs most keenly pursuing the star.