Antalya: Six days after being summoned from his vacation in Dubai, Jamie Maclaren has been given a chance to play in the World Cup in Russia after being named in the final 23-man squad for the Socceroos.

The Hibernian striker was cut from the initial preliminary squad despite entering calculations as the most prolific Australian striker playing overseas this calendar year, only to be called back into camp at the 11th hour as a stand-by for the injured Tomi Juric. 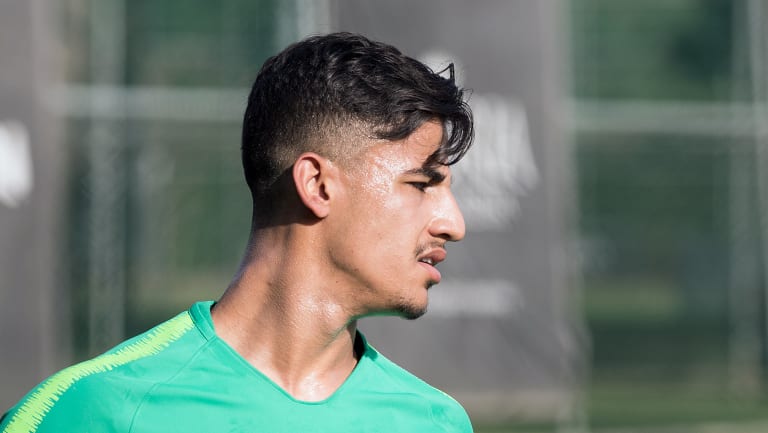 Russia bound: Daniel Arzani is set to become the youngest Australian man to play in a World Cup.

Despite entering the camp in Turkey behind the pace of those who had been there since day one, Maclaren regained ground and did enough to convince coach Bert van Marwijk of a place in the World Cup squad he had no hope of being a part of a week earlier.

Instead, it was regular international James Troisi who was the most notable name cut from the team, alongside Sydney FC's Josh Brillante, Croatia-based fullback Fran Karacic and winger Nikita Rukavytsya. The quartet were informed late on Saturday night in Antalya that their journey would go no further.

The final squad gives Daniel Arzani a chance to become the youngest Australian man to play in a World Cup.

The 19-year-old prodigy won a place in van Marwijk's touring party only a day after Australia thrashed Czech Republic 4-0 in their first warm-up game.

The highly-rated teenager will be joined on the plane to Russia by Socceroos regulars including one of his mentors, Tim Cahill, who is on the cusp of becoming the first Australian to play in four consecutive World Cups.

The 38-year-old is one of four centre-forward options included alongside Maclaren and Juric, who appears to have overcome a knee injury.

Andrew Nabbout is the other striking option, earning his seat on the plane to Russia after opening his account for Australia by scoring the second goal in their romp over the Czechs in Vienna on Friday. 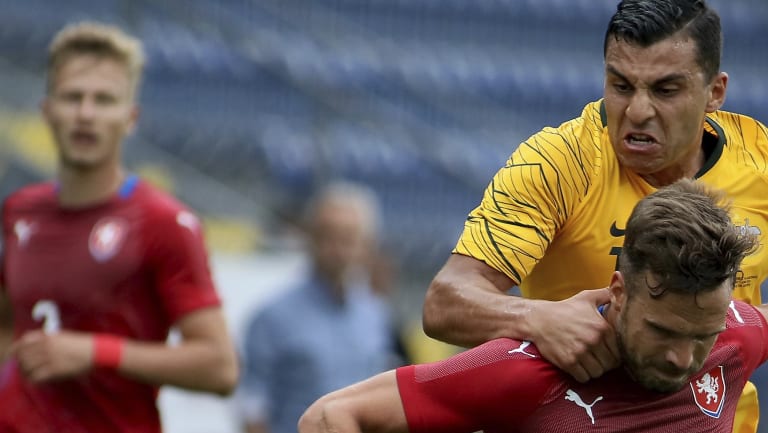 Bolter: Andrew Nabbout is in the final 23-man squad for Russia.

“I have been very pleased with the effort and application of all of the players during our time in Turkey, and in Austria,” van Marwijk said. “Every step of the selection process has been difficult because the players have all given everything to make the final selection.”

“However considering many factors, we have now settled on our final squad for Russia. I believe this group of players can do Australia proud at the world’s biggest football tournament if we continue to work collectively and intensively over the next two weeks and into the competition."

Troisi was beaten to the post by Newcastle Jets playmaker Dimitri Petratos, who is regarded as a more versatile option than the Melbourne Victory man. Josh Risdon won the race to the right back spot, with Milos Degenek regarded as the back-up choice while also able to play in a central role.

Uncapped Croatian-born Karacic is the only right back playing regularly in Europe but was not given game time against the Czech Republic, suggesting van Marwijk's decision had already been determined on the 22-year-old's role.

Brillante's versatility was not enough to earn him a place while Millwall left back James Meredith is a late bolter, earning a chance to play his first game for the Socceroos in close to three years.