JO KONTA moved into her second Wimbledon quarter-final – thanks to a MAGIC SPRAY!

Like she did in the third round against American Sloane Stephens, Konta came from a set down to prolong her involvement in Wimbledon, securing a place in the last eight following a 4-6 6-2 6-4 victory over the formidable Petra Kvitova. 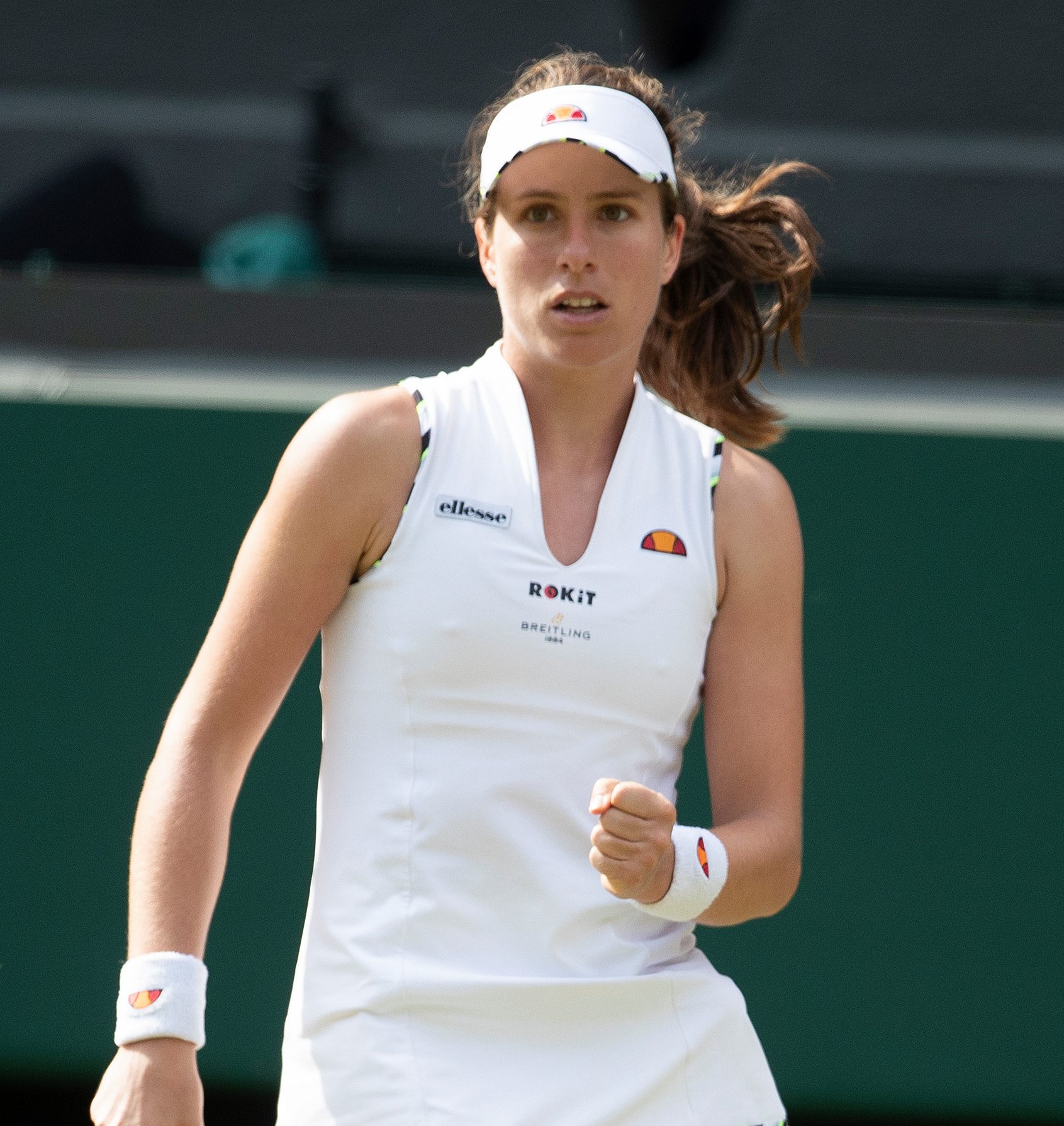 Konta, who will face another Czech in Barbora Strycova tomorrow, needed a medical timeout after the seventh game of the second set because of an ankle injury.

A trainer was called onto Centre Court and the 28-year-old received lengthy treatment and massage to her left ankle.

A sticky, heat spray was used to curb any inflammation and Konta had to cool it down with an old-fashioned fan before any strapping could be put on.

Yet in spite of the physical issue, the momentum she had built up from winning the second set continued in the third as she built up a double break.

But after being broken in a ten-minute game when serving for the match at 5-2 – and squandering a match point – the No19 seed completed the victory in two hours and 25 minutes of enthralling play.

It is two years since Konta race to the SW19 semi-finals where she lost to the five-time winner Venus Williams.

Konta must be considered a strong contender now to win the title given she has only been broken twice this whole tournament – even though the legendary Serena Williams could be her opponent in the last four.

There should be considerable praise handed out for Kvitova. The two-time Wimbledon singles champion is one remarkable individual given in December 2016 she was the victim of a horrific knife attack. 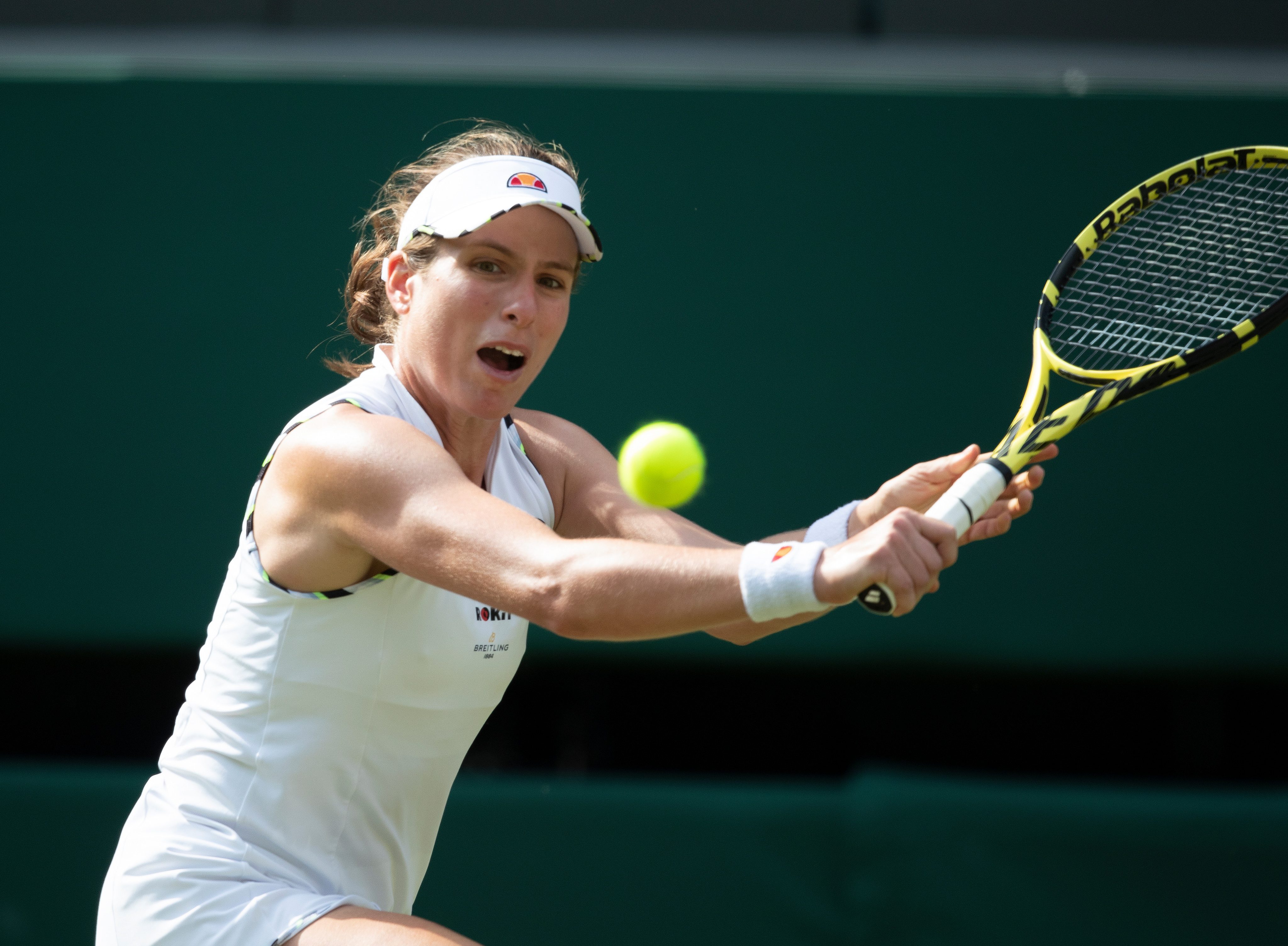 She had not played since the Italian Open in Rome in May and withdrew from the French Open because of a tear in her forearm.

It is to her credit that she had managed to get this far in the tournament given she had hardly trained or even played in the build-up.

There was much hilarity throughout the match whenever French umpire Kader Nouni, the ‘Barry White of Tennis’, called the score in his wonderfully lyrical honeyed tones. 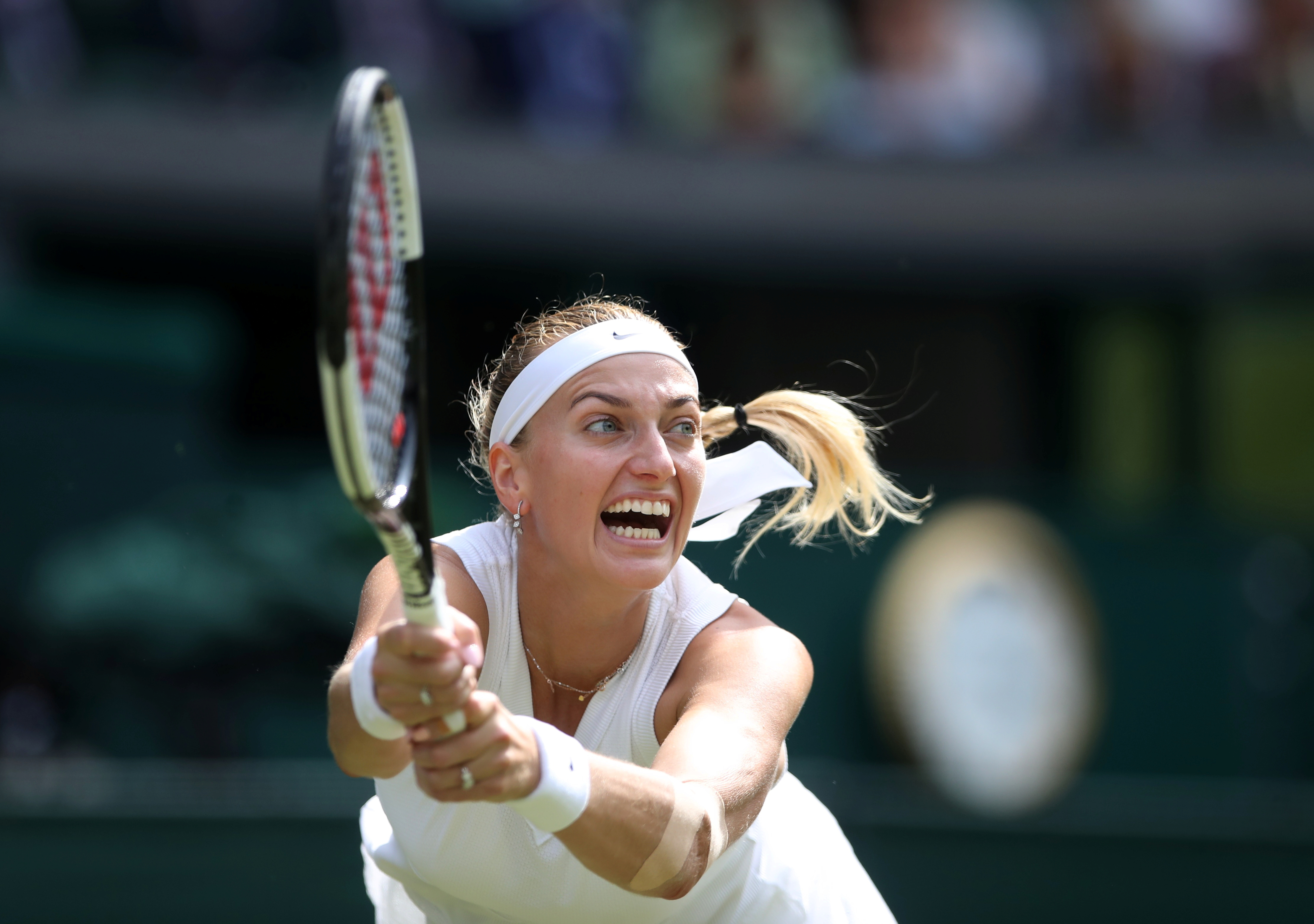