Collingwood remain cautiously optimistic that high flying defender Jeremy Howe can return to play Port Adelaide at the MCG next Saturday as he recovers from a serious corked thigh.

The 28-year-old is desperately needed to support the injury-hit defence that remains undersized heading into finals although the Power will be without key forward Charlie Dixon after he injured his ankle in round 21. 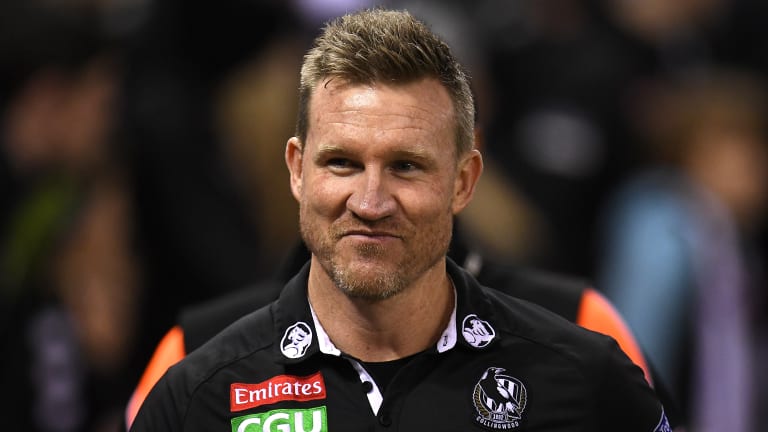 Magpies coach Nathan Buckley after their win against the Lions.

Magpies coach Nathan Buckley said Howe was no certainty to return but he would be tough enough to return as soon as he was "thereabouts".

[We are] trying to manage that and get that down and get him back to full range.

"When he is thereabouts he will play and we hope it is next week."

The coach said he was pleased with the efforts of the defenders, particularly Tom Langdon who he said stood up against the height of Lions' forward Eric Hipwood.

"It was something we were able to get done," Buckley said.

The Magpies will be without Lynden Dunn and Matt Scharenberg for the rest of the season while hopes of Ben Reid making a late season return dimmed when he tore the same calf he tore in round 10 in the VFL on Saturday.

Buckley has not given up on Tyson Goldsack making a miracle return from a knee reconstruction despite a back problem delaying return that was expected to occur two weeks ago.

The Magpies are also taking a cautious approach with Darcy Moore after he suffered a hamstring injury again in round 20, with no date set for his return.

Midfielder Adam Treloar is also training strongly and giving himself every chance to return for the finals if the Magpies qualify. He has not played since suffering a serious hamstring injury in round 14.

Buckley had a wry smile when asked whether the dynamic midfielder was telling him he would be available soon.

"He is doing some good things … there is enough time and for every win we get we give him a little more time," Buckley said.