And I’ve picked out some emerging stars who can take centre stage in 2019, as well as some familiar faces who can hit new heights. 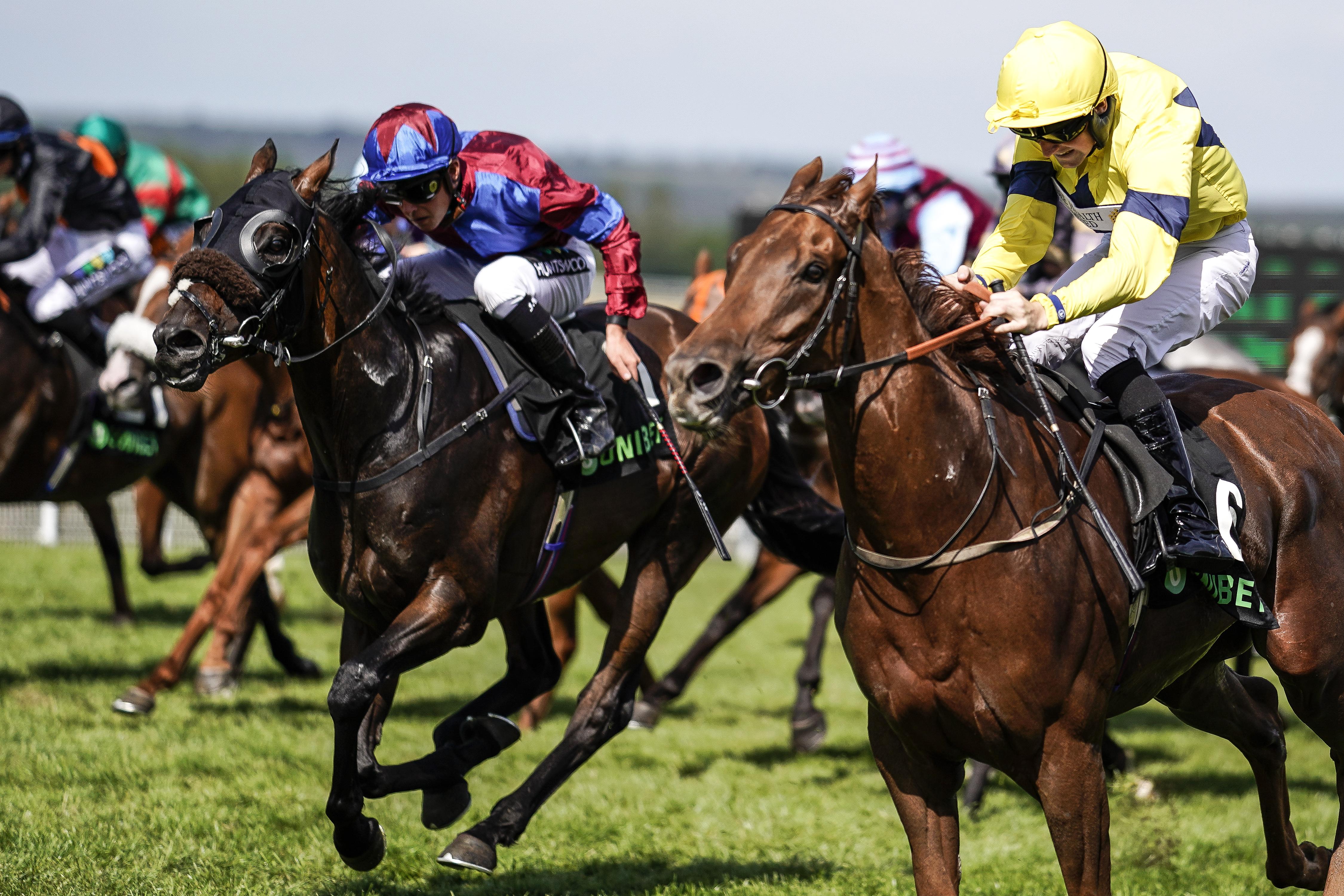 JASON WATSON
THE list of names on the champion apprentice roll of honour is pretty impressive.

Frankie Dettori, Ryan Moore, Will Buick and Oisin Murphy all topped the charts before working their way towards the jockeys’ premier league.

Winning the apprentices’ title may not guarantee future success but it helps and Jason Watson looks to have the talent to bridge the gap between promising teenager and established jockey.

When Gifted Master won the Stewards’ Cup in early August it was his 50th winner. He added over 60 more to his tally and has landed the job as Roger Charlton’s stable jockey for 2019.

Watson, the son of a Lewes postie, rode more of his winners on a Saturday than any other day of the week. He has the temperament for the big occasions and the ability to pull it off.

The 18-year-old looks like a member of the latest boy band and he might just go all the way to No 1 in the next few years. 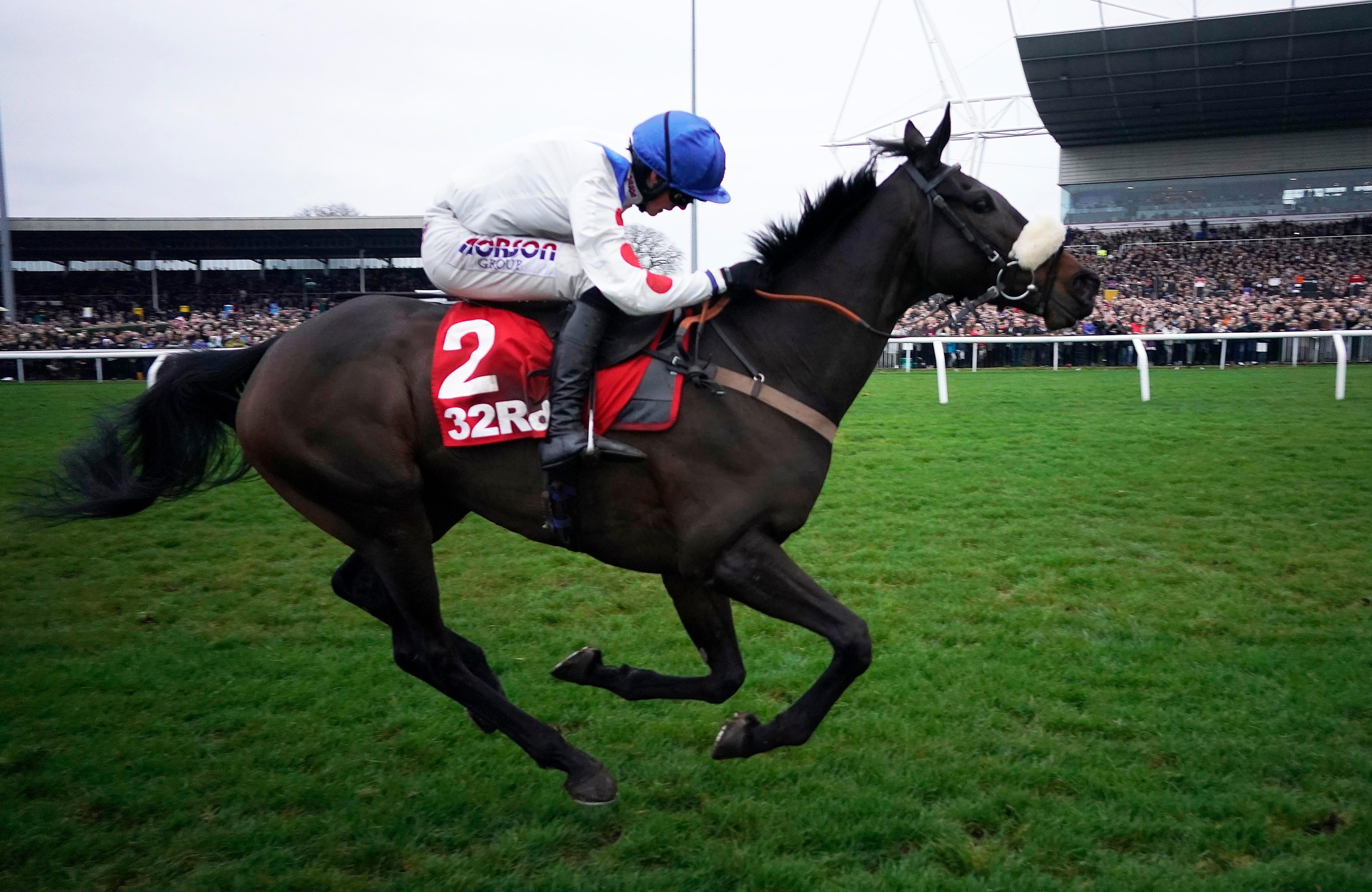 HARRY COBDEN ends 2018 on the loftiest high. His King George win on Clan Des Obeaux on Wednesday was his biggest victory by a mile and was just what he needed to prove he’s up to the job as Nicholls’ stable jockey.

Having replaced Sam Twiston-Davies as the yard’s main rider, the 20-year-old has one of the best jobs in jumps racing. It’s also the most pressurised.

The big-race spotlight can illuminate the most minor of mistakes but cool Cobden appears to have the attitude to succeed.

It will also be an important year for Nicholls’ strong team of support jockeys. Bryony Frost rode out her claim last month and went on to win Cheltenham’s Caspian Caviar Gold Cup with a superb ride on Frodon.

She’ll continue to grab the limelight with her excitable post-race patter and is more than capable of making the grade as a fully-fledged professional.

Sean Bowen was champion conditional four seasons ago, two years before Cobden. His opportunities with Nicholls have been limited this season with Lorcan Williams’ 5lbs claim pushing him up the pecking order.

The ten-time champion trainer has the hottest young jockeys to call on. Keeping them all happy might be his biggest problem.

WALK IN THE MILL

The Dorset trainer won the Becher Chase with Walk In The Mill a few weeks ago. Now he has a return to Aintree in the spring for the Grand National as his main aim.

That’s no surprise as he took well to the world-famous fences and ran as if he would love stepping up to marathon distances.

He was a reserve for last season’s National and got the call up from the subs bench. Frustratingly his foot problems resurfaced and he was forced to miss out.
His Becher win means he’s likely to make the final 40 runners this time and Walford is confident he has got to the bottom of his troublesome feet.

He’ll be kept to hurdles until the big-race weights are revealed in February. If he makes it to Aintree intact he’ll be a hell of a lot shorter than the present 33-1. 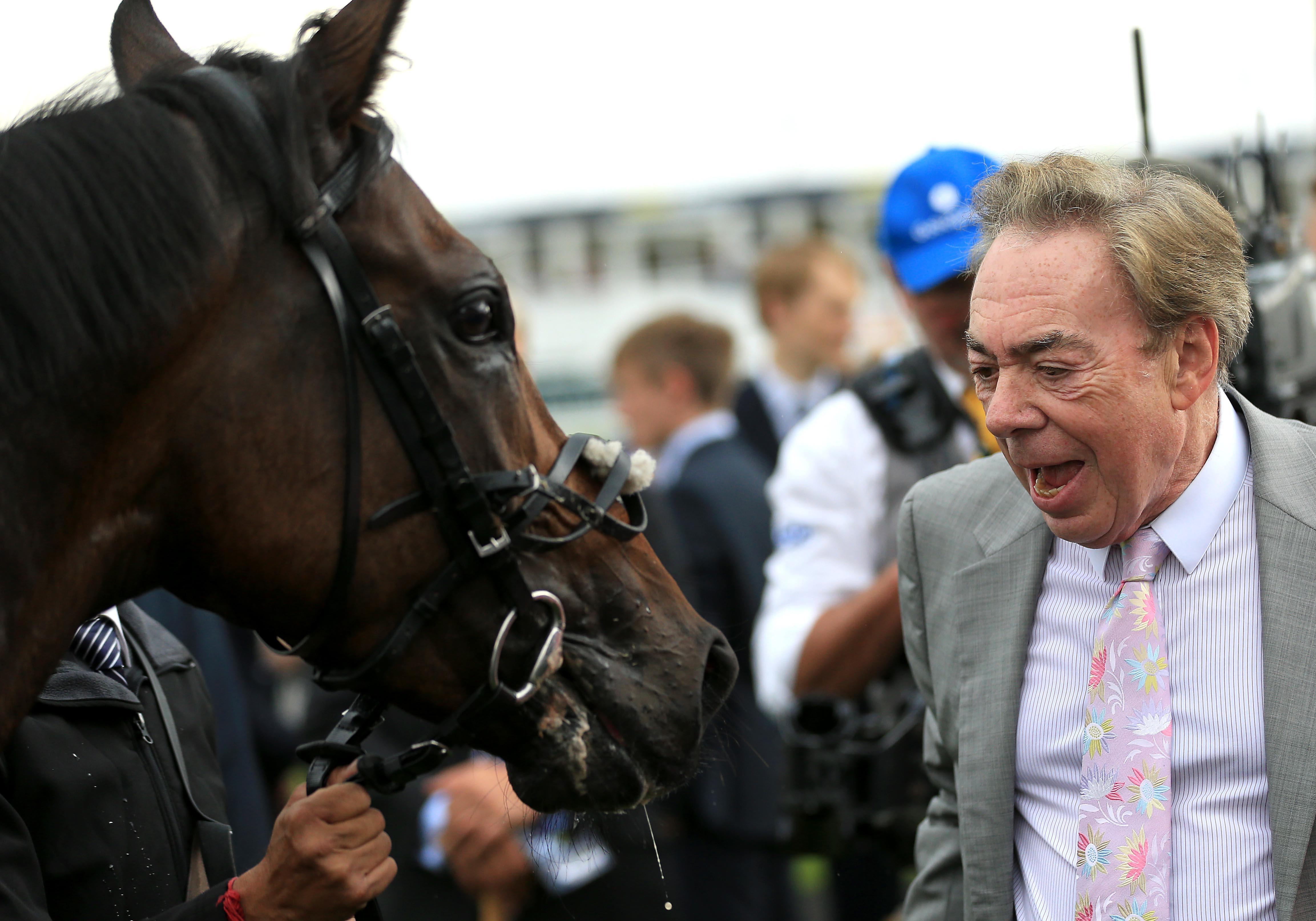 IT looks likely to be a sizzling summer for John Gosden’s colt. He has already burnt the bookies’ fingers with a perfect four out four last season.

In little more than two months he went from impressive maiden winner to unbeaten Group 1 hero with victory in the Dewhurst.

The Solario Stakes and Cha-mpagne Stakes were the stepping stones to the juvenile’s top prize and the Andrew Lloyd Webber-owned colt now sits well clear at the head of the betting for both the 2,000 Guineas and the Derby.

The Guineas looks his for the taking and he probably only needs a bit of luck to lead them home at Epsom.

There lies his problem. Fortune hasn’t been kind to his family where Epsom is concerned. His sisters Lah Ti Dar and So Mi Dar were strong fancies for the Oaks but neither made it.

Too Darn Hot could be the one to break the family jinx. 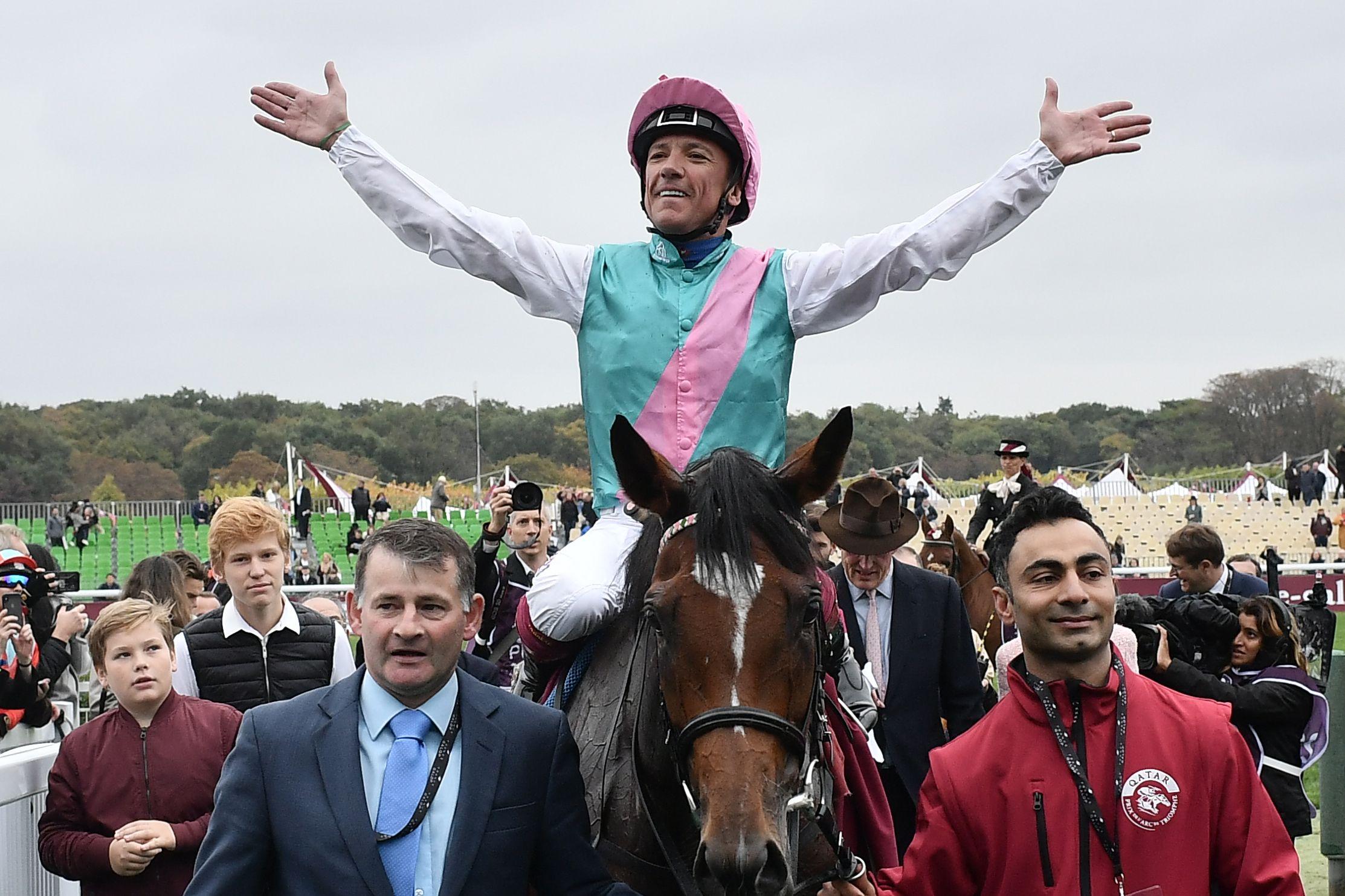 THERE have been only eight dual Arc winners. In October Enable became one of them.

Next year she will have her season geared around winning France’s end-of-season decider for a record third time.

It’s what Flat racing fans crave. Too often the stars are squirrelled away at stud before anyone can fall in love with them.

Enable is different. She will turn five on New Year’s Day yet sporting owner-breeder Prince Khalid Abdullah has resisted the temptation to whisk her off for a date with star stallion Frankel.
Injury kept Enable off the track until September so her glorious triumph in Paris less than a month later was all the more remarkable.
Then Gosden’s ace filly made it nine straight wins at the Breeders’ Cup with Frankie Dettori beaming with delight. We’re likely to see that huge grin in the winners’ enclosure after more Enable wins next season. That really is great news.

IT’S all change for armchair punters. Racing’s two dedicated TV channels have shuffled their coverage for the New Year.

Sky Sports Racing replaces At The Races. The new channel will be fronted by Alex Hammond and features ex-jockey Freddy Tylicki as well as familiar faces like Luke Harvey, Matt Chapman, Mick Fitzgerald and Hayley Moore in the presenting team.

All the action will be screened in HD for the first time with Ascot, Chester and Bangor joining the roster of ATR racetracks.

While Sky has bagged the Queen’s course Racing TV — the new-look Racing UK — has taken all the Irish action.

Bosses at the subscription RTV will have the challenge of fitting in action from a total of 61 tracks throughout the year.

The Irish coverage will be headed by Gary O’Brien, Kevin O’Ryan and Donn McClean, with input from Ruby Walsh and Kate Harrington.

The challenge for Racing TV is doing justice to the biggest meetings in a congested fixture list. Sky Racing must maximise their coverage with their track record for innovation.