A year ago today 22 people were killed and hundreds injured when a bomb was detonated at the end of an Ariana Grande concert. 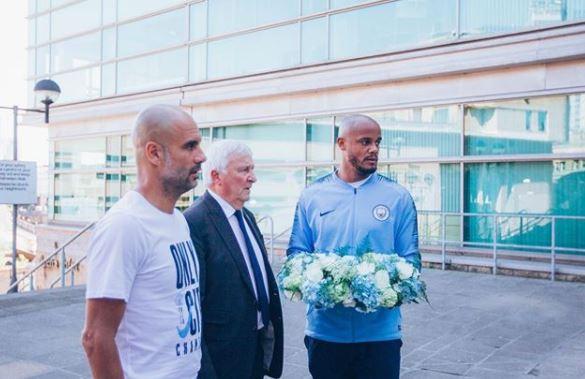 The Cityzens duo were joined by club legend Mick Summerbee to lay a wreath in memory of those who tragically lost their lives.

A service will be held at 2pm today at Manchester Cathedral and a mass sing-along to remember those lost as well as a national minute's silence at 2.30pm.

Former Man United captain and Everton striker Wayne Rooney took to Twitter to say: "Thoughts are with everybody affected by the tragic events at the #ManchesterArena one year ago today. Sending love to all #ManchesterTogether."

Meanwhile Marcus Rashford, who will join up with Gareth Southgate's England World Cup squad next week, tweeted an image listing the list of victims alongside the caption: "One year on, gone but not forgotten.

"My thoughts are with everyone who’s lives were lost or forever changed. Don’t let hate win. One love Manchester." 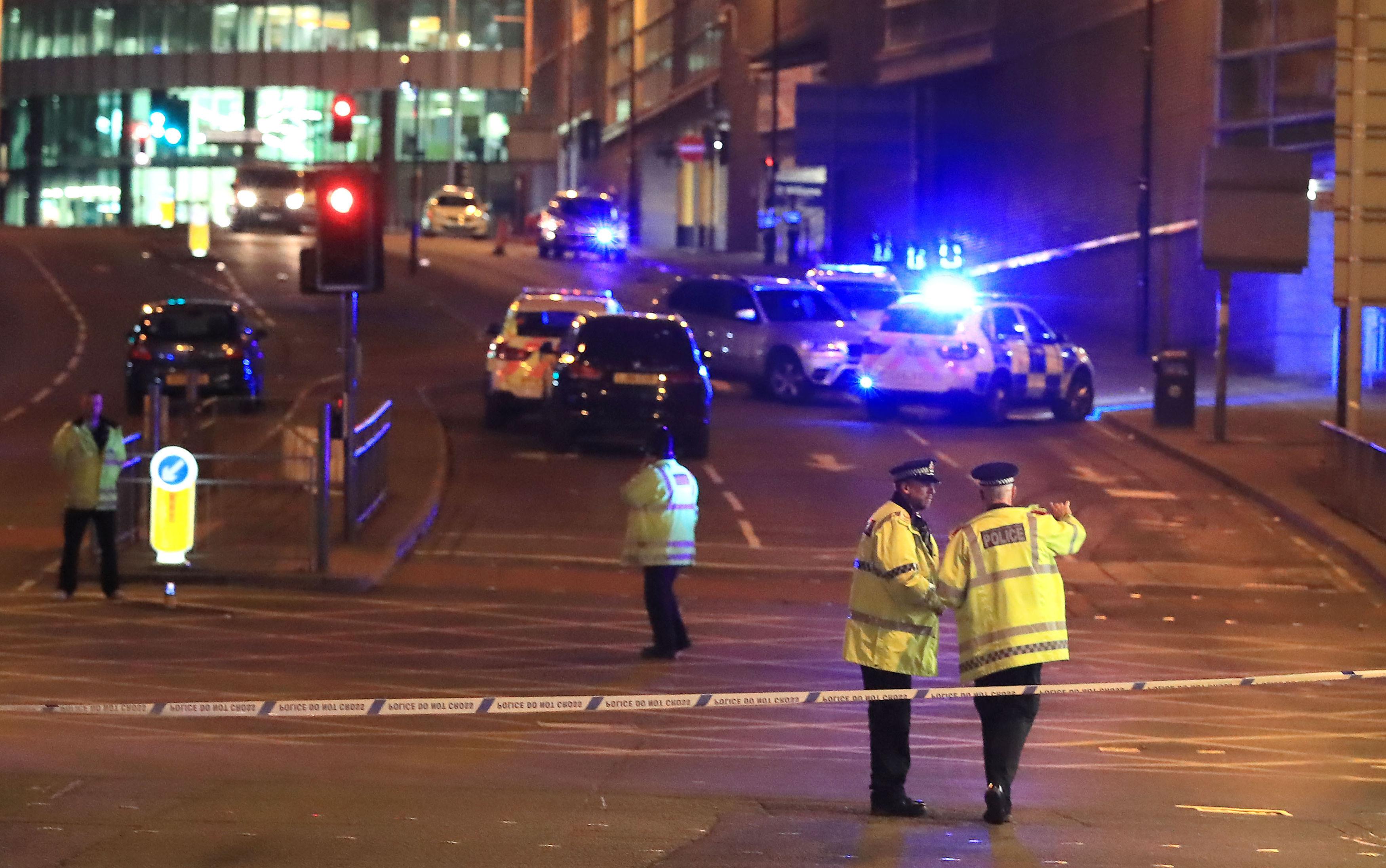 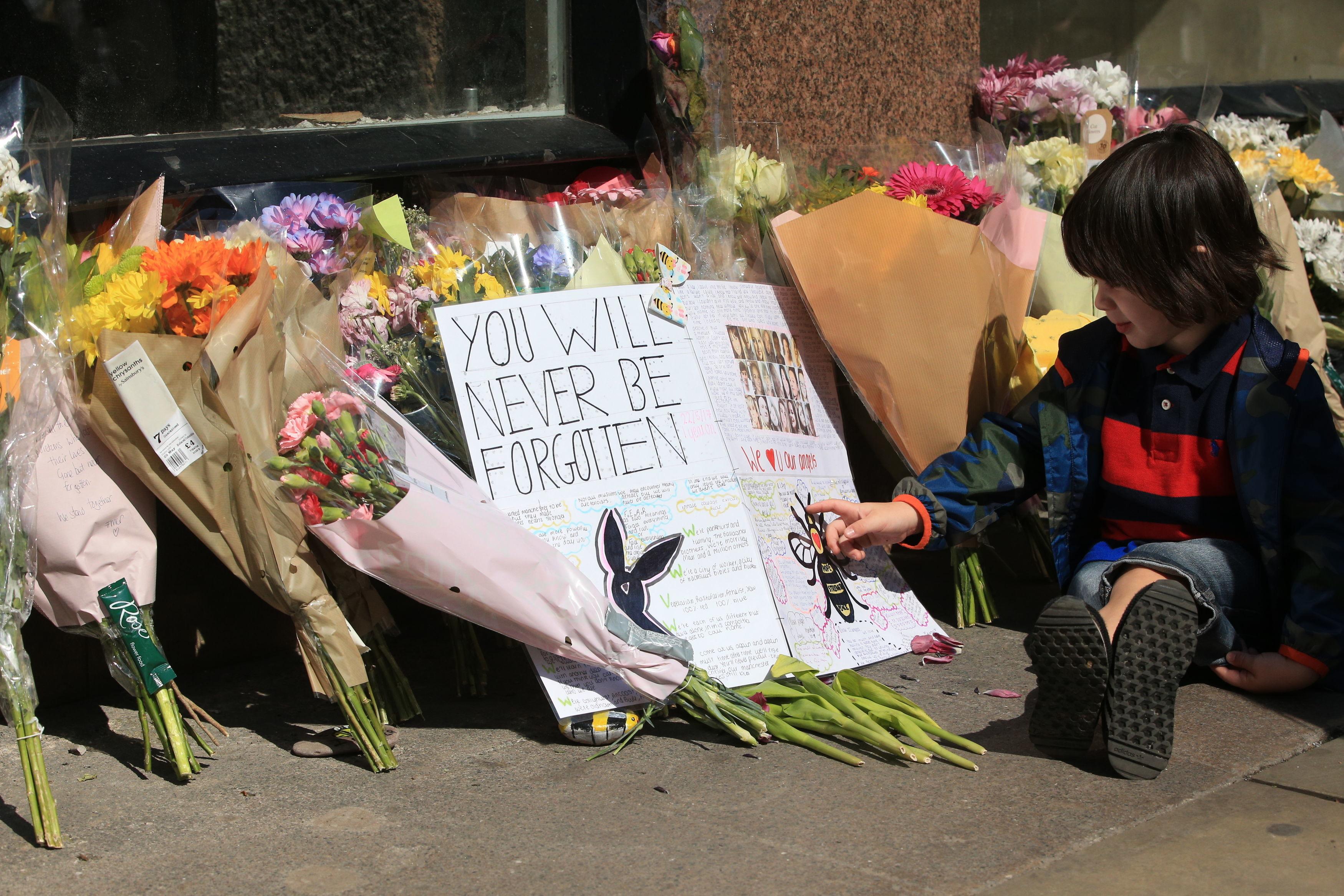 And in an interview on United's website, the 20-year-old said: "What happened in Manchester on 22 May 2017 was unimaginable.

"I won’t forget the moment I found out about the bombing at the Arena. In that moment, I won’t lie, it’s so tough to process.

"The likelihood of you knowing someone who was directly involved in it is quite high, so it’s a difficult moment. Personally, there was a massive, massive impact on me and I could see it affected the rest of the team as well.

"We were preparing for the Europa League final two days later, but even though we went to Stockholm, Manchester was at the front of our minds."

His close pal and team-mate Jesse Lingard posted a tribute of his own, saying alongside a picture of mourners at a memorial: "Always In Our Hearts, Never Forgotten.  We Stand Together #OneLoveManchester."

While Ashley Young, also preparing for World Cup duty with the Three Lions, said: "1 year ago 22 innocent people lost their lives in Manchester. Today we remember the victims and support the familes and friends whose lives have been changed forever. #ManchesterTogether."

While Benjamin Mendy shared a tweet of the bee emoji alongside a blue and red heart.