MANCHESTER CITY are weighing up a contract offer for Real Madrid legend Sergio Ramos, according to reports.

The defender, 34, is out of contract at the end of the season and can talk to other teams to agree a summer switch now. 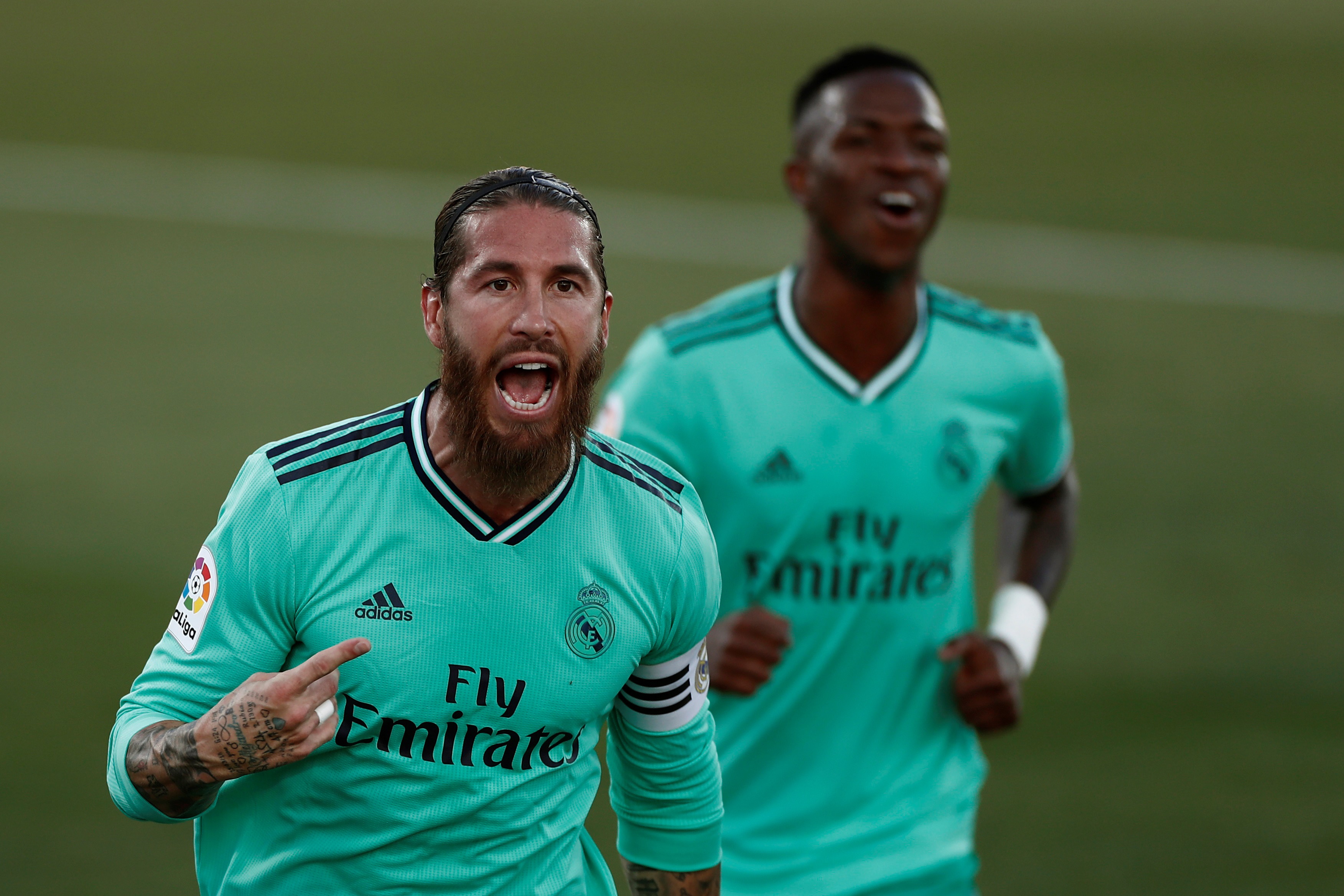 According to ESPN, Premier League club City are monitoring the situation in case Ramos looks like leaving Real.

The Spanish giants have long maintained that Ramos wants to stay, and that a new agreement will be found.

The centre-back's demand for a two-year deal is reportedly one Madrid are happy to comply with.

Instead, it is his hefty wage demands causing the delay while Real find their way through the coronavirus pandemic's financial crisis.

Los Blancos boss Zinedine Zidane recently quelled talk of Ramos' exit, and said: "When a player wants to stay that means a lot.

"With Sergio Ramos, I see him staying for many years.

"He’s looking after himself well and I’m not surprised about what he’s achieving."

City join Manchester United in being linked to the 178-capped Spain international.

Ramos is reportedly seen as a player who would add much-needed experience to Pep Guardiola's defence, with the coach a long-term fan of his.

And the star's wage demands would be easily met at the Etihad, given his arrival would be as a free agent.

Nonetheless, Madrid are expected to tie down the club captain amid growing discontent over their handling of the affair.

Rene Ramos, Sergio's brother and agent, showed his ire at Los Blancos by retweeting a journalist's post criticising the club.

The tweet, by Alfredo Duro, read: "Someone will have to explain how and why we've reached this point, allowing your captain, one of Madrid's legends, to appear in absurd line-ups of players who today can freely sign for any club!"