Manchester United manager Jose Mourinho said on Tuesday they will start the Premier League season at a disadvantage as post-World Cup breaks for his players have left him less time to prepare with his full team than some rival clubs.

United will warm-up for the new season by competing in the International Champions Cup, starting on Wednesday with a game against AC Milan just outside Los Angeles, where Mourinho will be without many of his usual first-choice players. 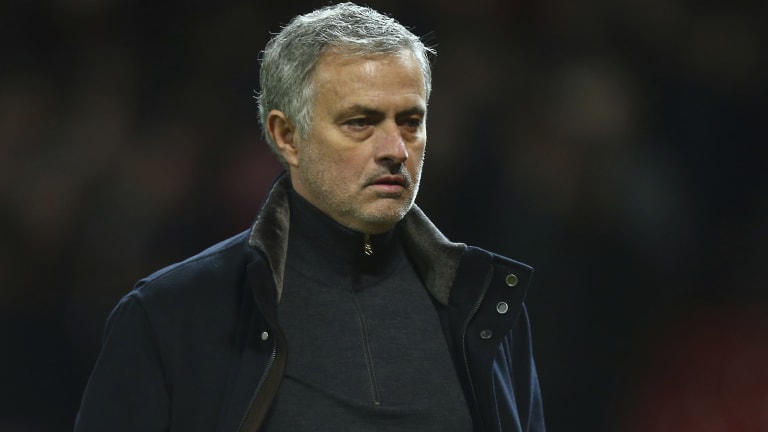 The Portuguese coach said the inability to train with a full squad could prove costly when United host Leicester City (Aug. 10) and visit Brighton & Hove Albion (Aug. 19) in their first two games of the new Premier League campaign.

"The first match of the season is against Leicester and the second one is against Brighton and when I look to Leicester, if I'm not wrong, only (Harry) Maguire and (Jamie) Vardy were in the World Cup in the final phase because (goalkeeper Kasper) Schmeichel was back sooner," Mourinho told reporters at UCLA.

"So I think a team that is working for six weeks minimum with all the players except one central defender and one striker that can join in the last week and probably be available… that is clear it's a much better situation for them.

"When I look to Brighton on the second game, I don't think they have any player that is not doing a very good pre-season with lots of matches and training."

Players who reached the World Cup semi-finals and final are not competing in the International Champions Cup because they get a mandatory vacation. France beat Croatia in the final, while Belgium won the third-place playoff against England.

That means France midfielder Paul Pogba and Belgium striker Romelu Lukaku will be among the 11 senior players who are not with United in Los Angeles.

"So of course against Leicester and Brighton the situation is not amazing for us. I would say third match after the third week and playing against a team (Tottenham Hotspur on Aug. 27) in a similar situation as us, I think then after three weeks it is OK," said Mourinho.

"But for the first two matches we have to fight for the points because we need the points, so that is what we are going to do with the players that we have available."

United finished runners-up to local rivals Manchester City in the Premier League last season but Mourinho's side were a massive 19 points behind Pep Guardiola's English champions.