RALF RANGNICK got the control in the performance and result on the board he wanted as another new dawn broke over Old Trafford.

A solid, dominant display was topped off by a fine winning goal late in the second half from Fred. 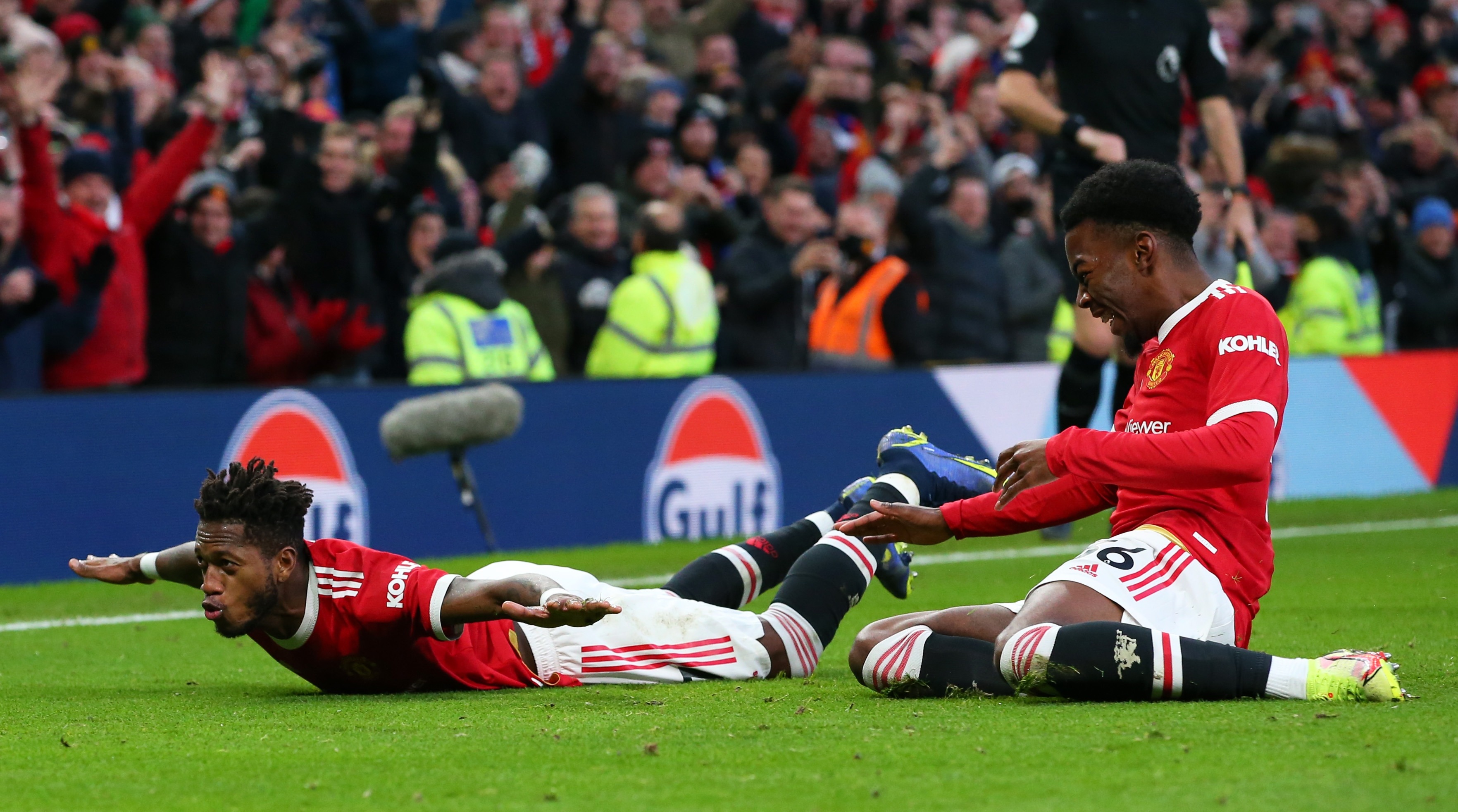 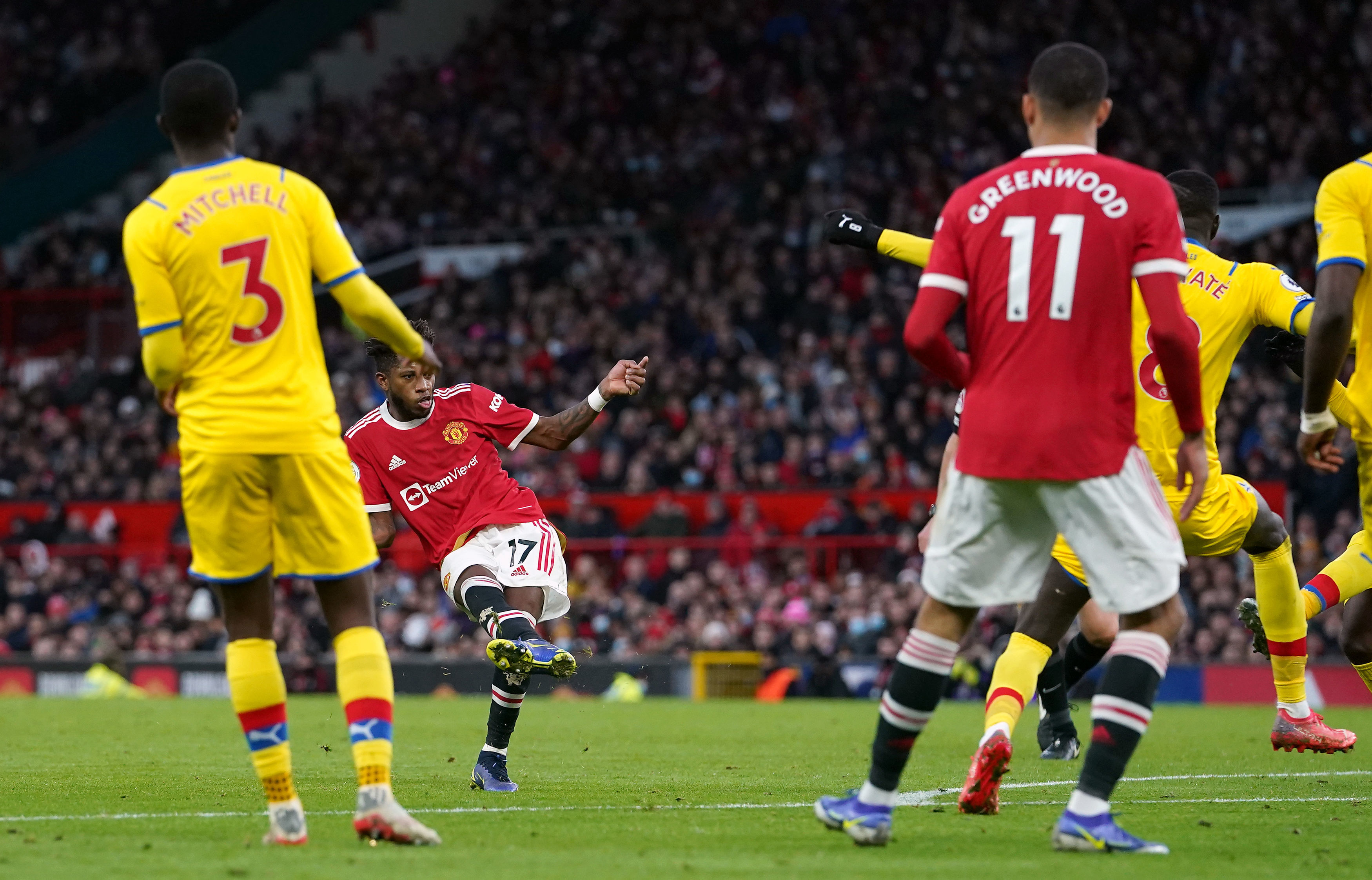 None of the harem scarem edge of your seat thrills and spills we got in the 3-2 victory over Arsenal on Thursday.

Rangnick was the only one wincing at that spectacle while everyone else was enthralled by the excitement.

He doesn’t want to do excitement. He wants to do what happened here.

Keep the ball away from your goal, dominate possession in the opponents half, then just win it.

There was an immediate obvious change to United with the way they set up in a 4-2-2-2 formation despite it being the same team as Thursday.

The back four and two in front remained the same but Jadon Sancho and Bruno Fernandes were then a two in front of them with Marcus Rashford and Cristiano Ronaldo two up front.

It certainly made them look less predictable than they had become in Ole Solskjaer’s regular 4-2-3-1 set up.

There was a lot more movement and a lot more support for Ronaldo as well.

It had been a while since United had dominated a game for so long.

By half-time the stats showed United with 66 per cent possession, 13 attempts to five and seven corners to one.

Those 13 attempts were as many as they had notched up in their last two League games put together.

The problem was they had only two shots on target, the same as Palace and neither of them had hit the net. Still there was much to be positive about.

There was a resemblance to Manchester City at stages the way they defended with just the two centre backs as the full back’s became midfielders.

Any theories that Cristiano Ronaldo would not suit the new man’s high pressing game were soon dispensed.

Everything seemed to revolve around him. 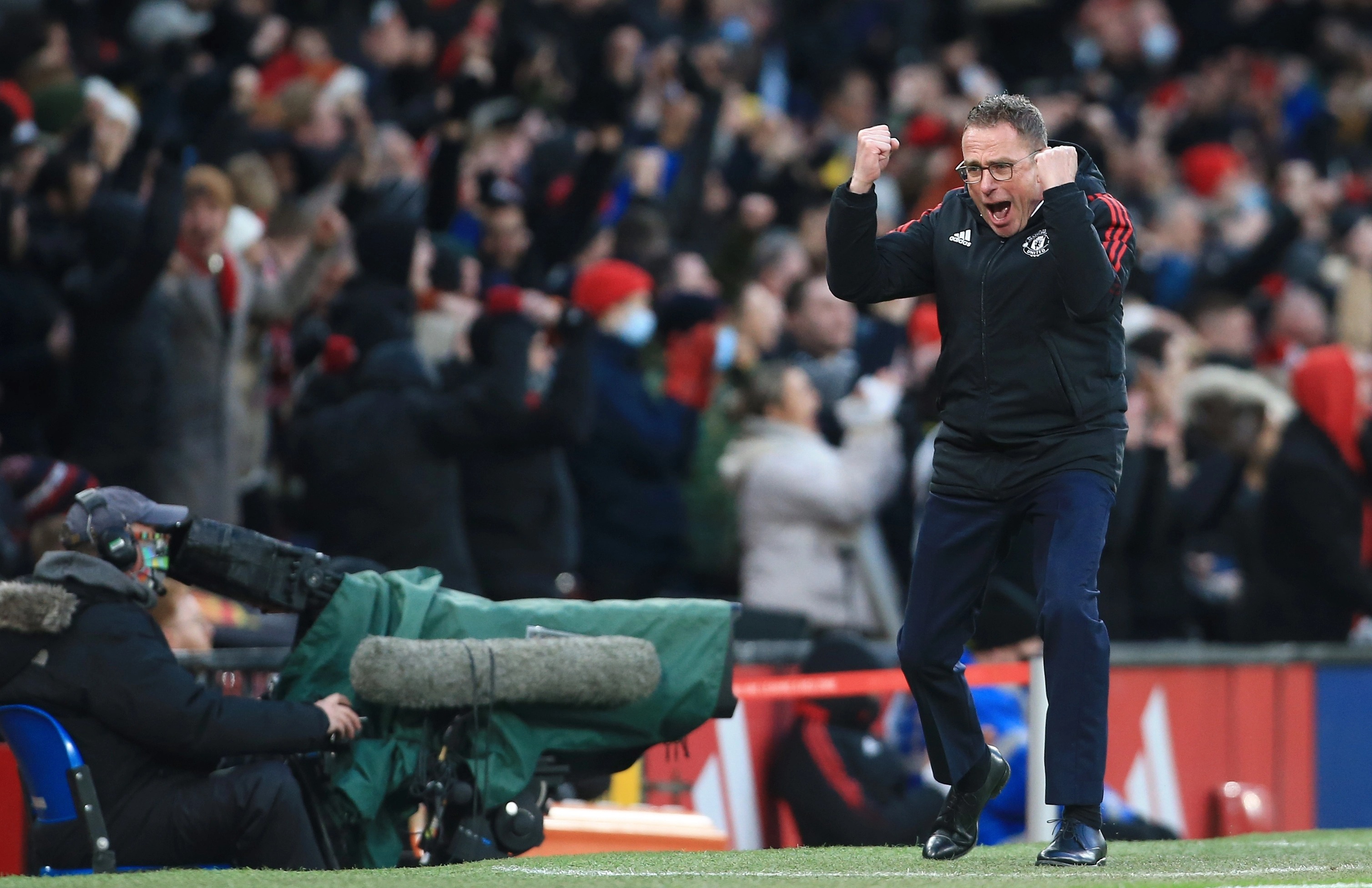 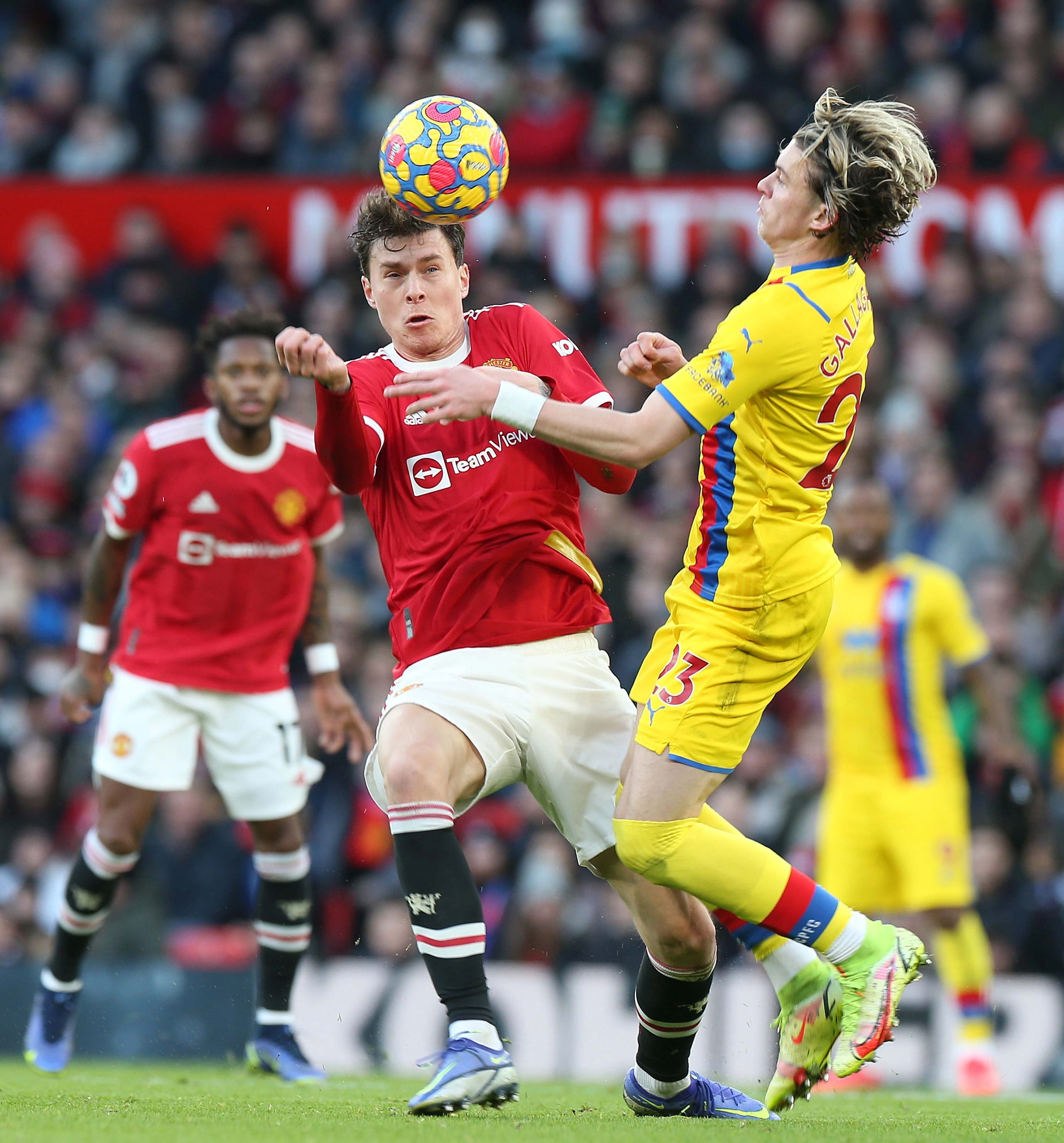 Rangnick had said on Friday that he could not believe the energy in the 36-year old when he watched him score twice in the Arsenal game.

It was evident again here without the finish. The link up play though was excellent.

Bruno Fernandes was finding more space and more of the ball than of late and when he found Ronaldo on 17 minutes the chest down was perfect but the shot over the ball.

Fred was getting on the ball and had a goal bound shot deflected.

When Ronaldo cushioned a header back for Fernandes his shot was denied by a smart save low down from Vincent Guaita.

Marcus Rashford has looked short of energy of late but had a new lease of life here charging to the byline on 37 minutes before pulling it back for Fernandes to touch on to Ronaldo.

Unfortunately the Portuguese could not control it.

The second-half followed a similar pattern. 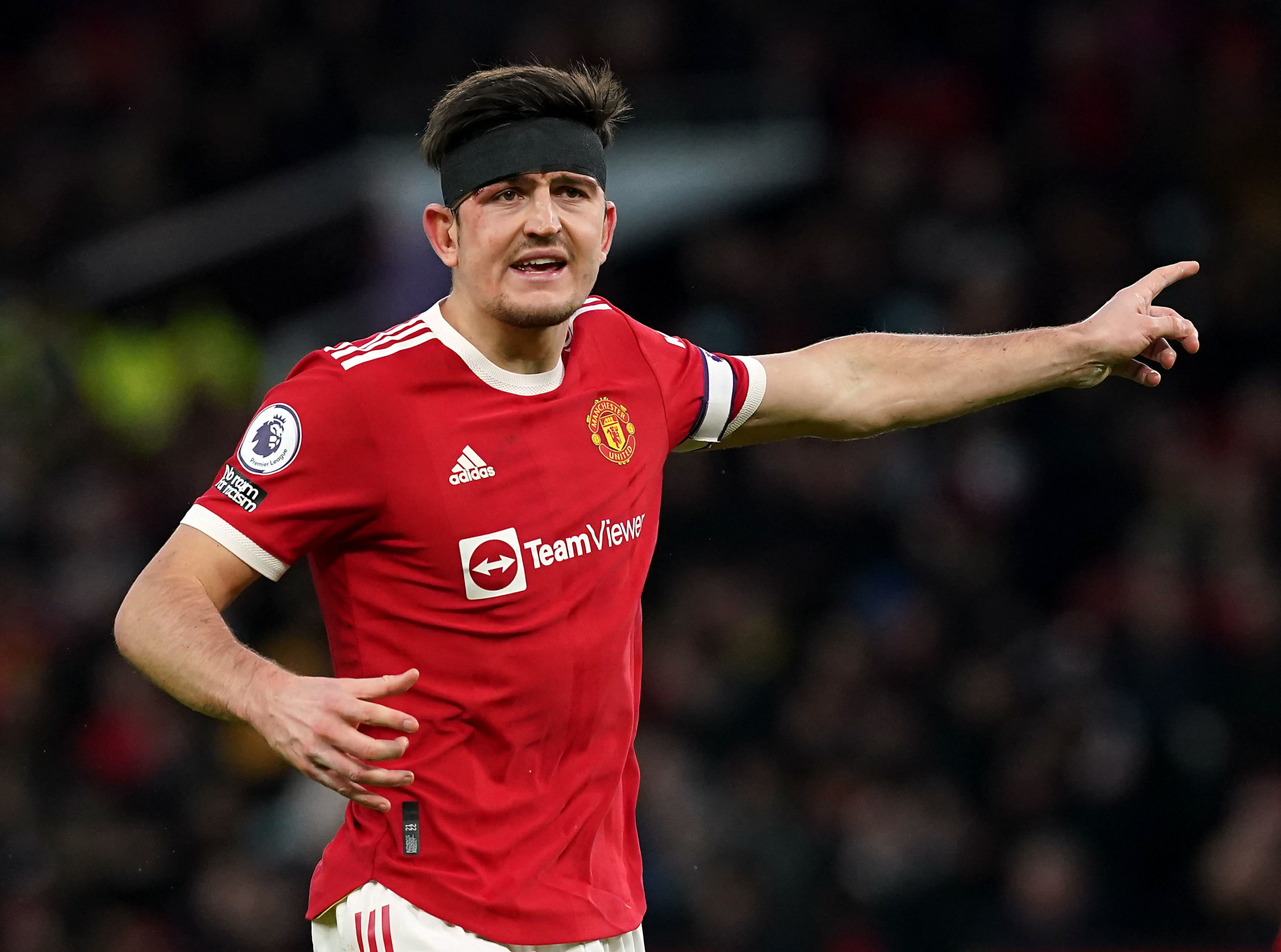 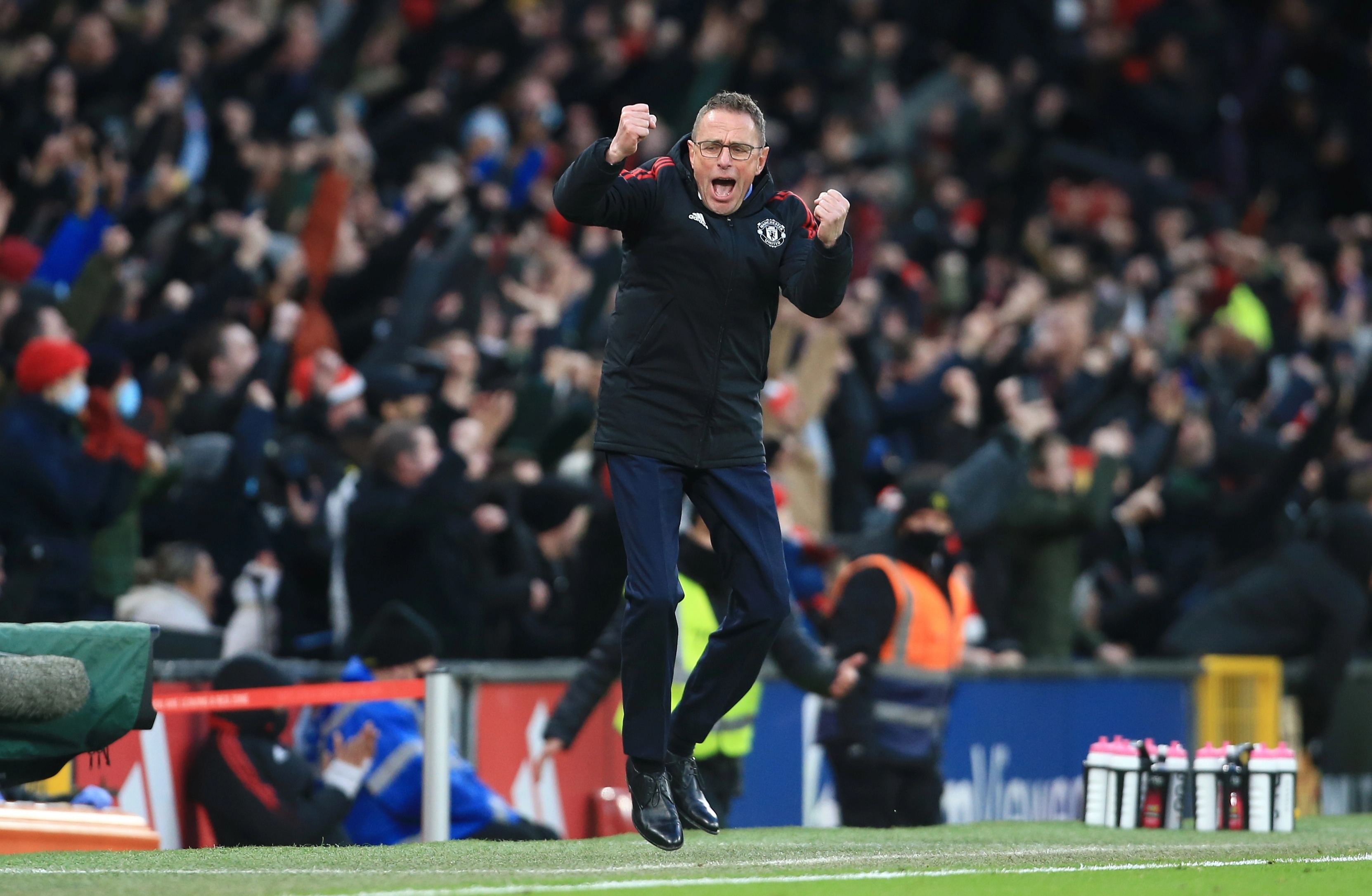 Alex Telles came close to a spectacular opener when from a tight angle outside the box his free-kick brushed the top of the bar.

Still United were reminded that for all their dominance it was still very much game on and Palace came desperately close to leading it.

From Tyrick Mitchell’s 75th minute corner Tomkins headed back across goal and there was Jordan Ayew free on the far post.

The angle was desperately tight, he stretched and pushed the ball past David de Gea and watched as the ball rolled agonisingly wide of the far post.

Ole Solskjaer was always questioned about the timing of his substitutions or lack of them.

Rangnick made one in the 62nd minute that helped to secure the victory.

Mason Greenwood was brought on for Jadon Sancho and in the 78th minute he set up the winner.

Dalot fired a low hopeful ball into the area which Greenwood superbly controlled, held and laid back for Fred just outside the area to execute a curling right foot shot into the far top corner.

For Rangnick, the scholar from the University of Sussex this was very much an A for starters.