FOUR Premier League players from Manchester United, Arsenal and Manchester City have been named in the top ten Most Valued Young Players list.

Four of those players included in CIES Football Observatory's list of players born in the 2000s are England internationals. 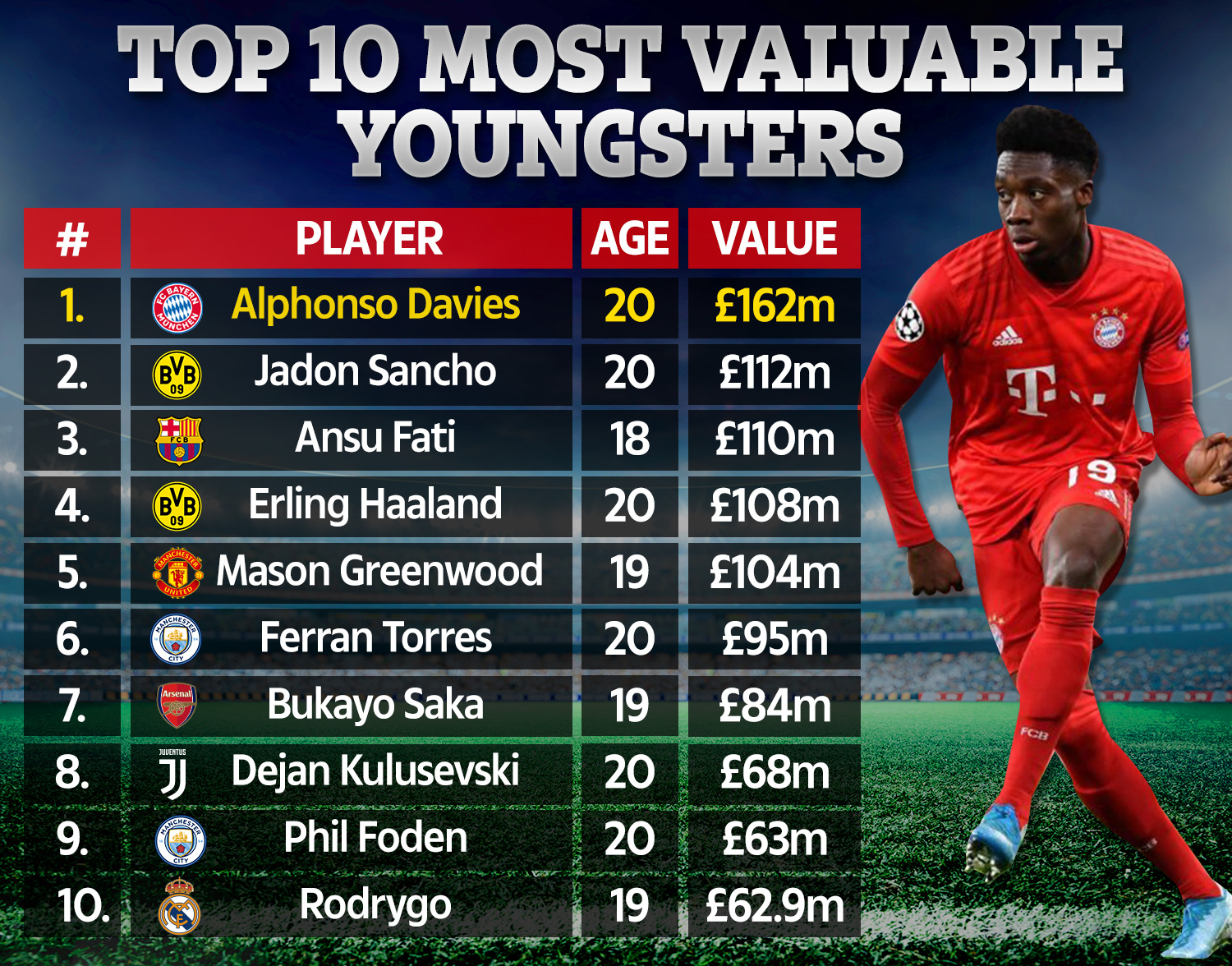 But it is Bayern Munich left-back Alphonso Davies that sits top of the pile after an algorithm was used to determine their value.

Here SunSport runs you down the top ten list.

The Canadian starlet, 20, established himself as a key player for the Bavarian outfit last season as he chipped in with three goals and nine assists in 43 games.

He helped the club win a famous treble as he starred in the Champions League final victory against Paris Saint-Germain.

The 20-year-old is regarded as one of the best right wingers on the planet having scored 36 goals in 107 games for Borussia Dortmund.

He saw a move to Manchester United fail to materialise in the summer after the Red Devils refused to match his £108m asking price.

Touted as the heir to Lionel Messi's throne at Barcelona, the 18-year-old scored eight times last season, and already has five strikes to his name this term.

Not only is he Barca's youngest-ever goalscorer, but he is also the youngest player to have scored in the Champions League as well as for the Spanish national team. 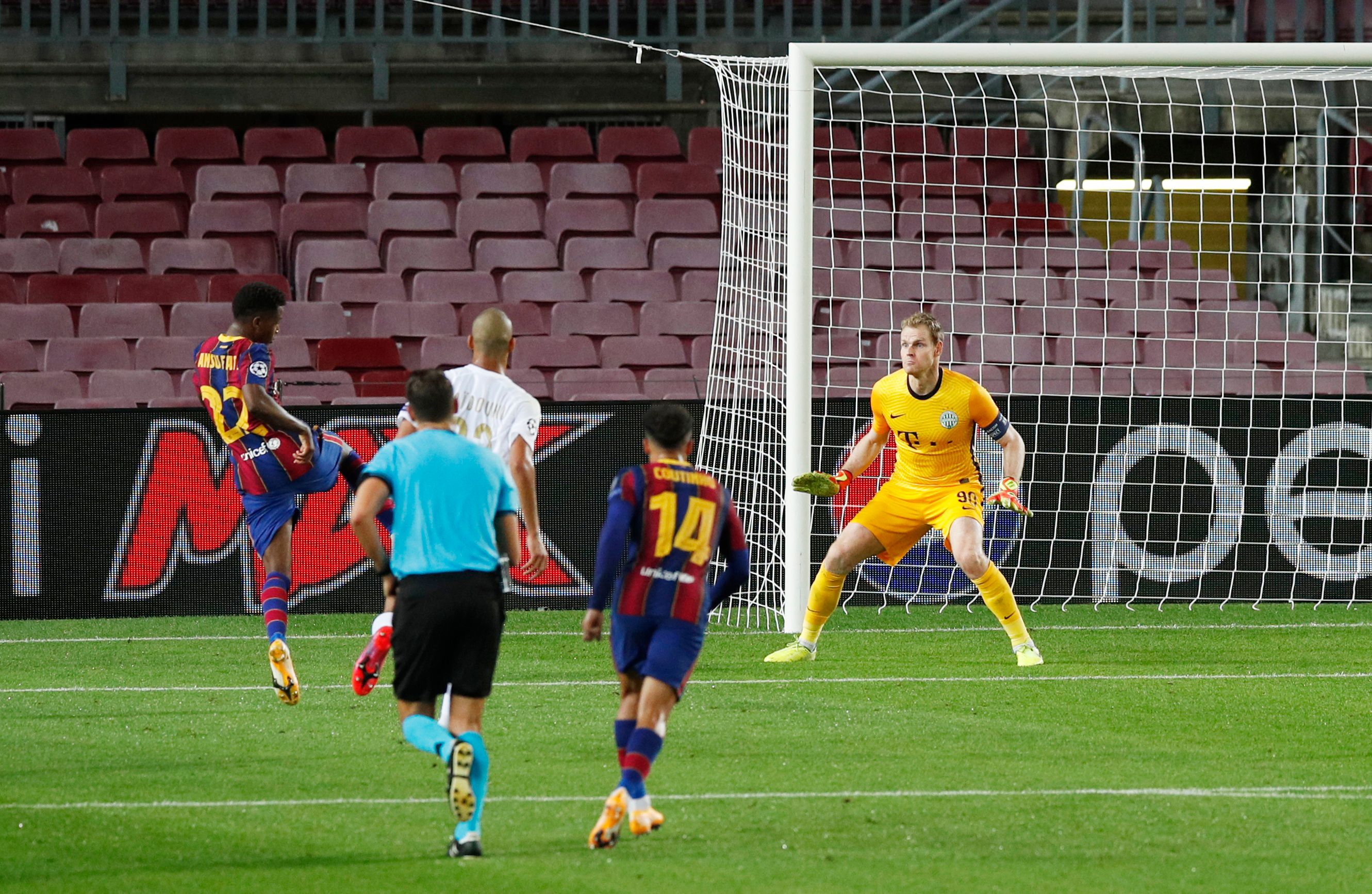 The BVB striker has scored a whopping 52 goals since the start of the 2019-20 season.

Real Madrid and Manchester United are understood to be keen on signing him, though it is Liverpool that are leading the race to nab him.

The United youngster banged in an incredible 17 goals in all competitions last campaign – with ten coming in the Premier League.

Still just 19, the forward is looking to be named in Gareth Southgate's England squad for the second time.

Signed by Manchester City in the summer from Valencia, the Spanish winger has already been involved in five goals for the Citizens.

The 20-year-old has laid on two assists for his team-mates, while he has found the back of the net twice in Europe as well as once in the Carabao Cup. 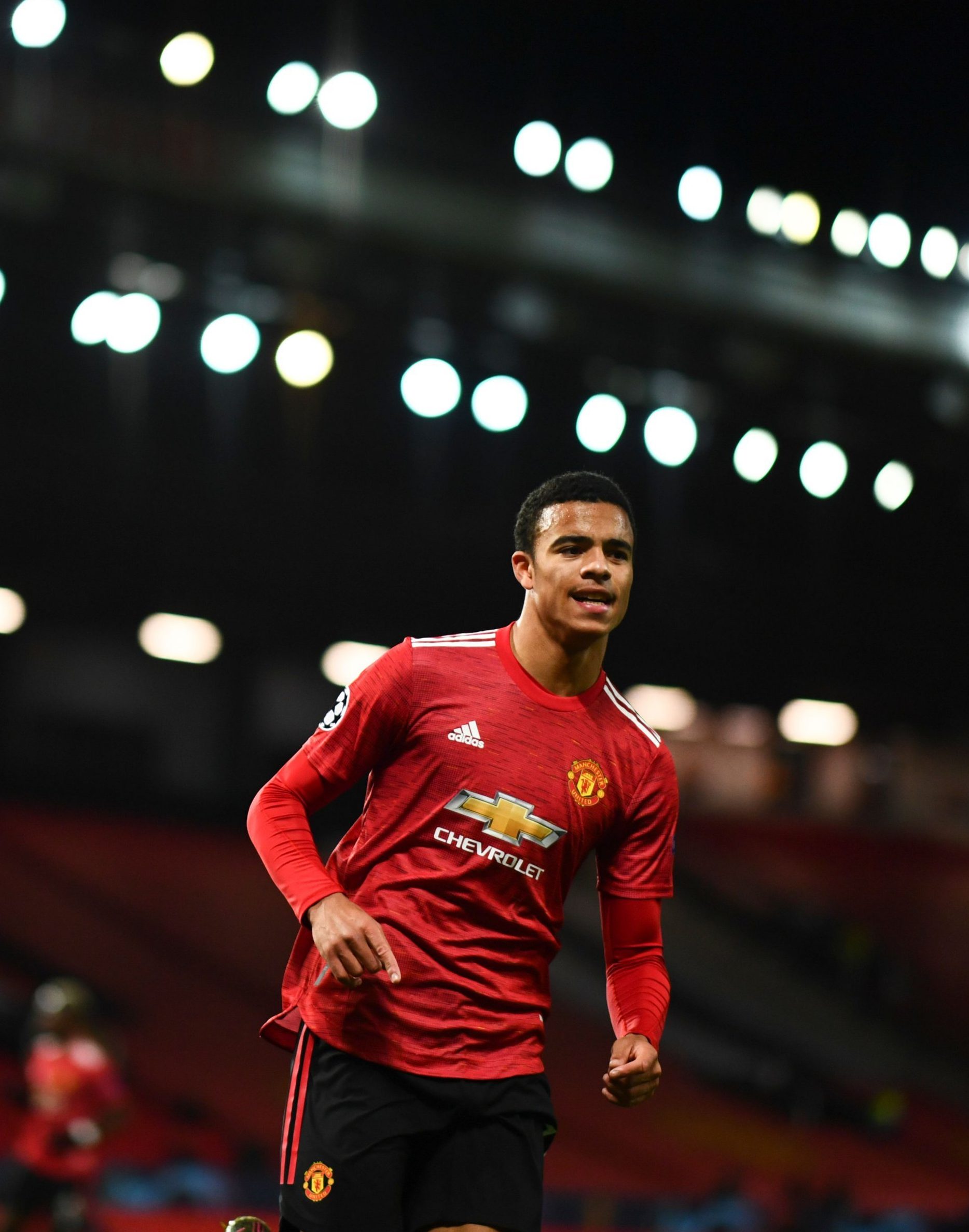 The versatile 19-year-old was rewarded with a long-term deal by Arsenal in July after cementing his place in the starting XI under Mikel Arteta.

Saka – who made his Three Lions debut in the 3-0 win against Wales in October – has already featured nine times for the Gunners this season.

The Juventus star, 20, already has two goals to his name this term in his first season in Turin.

After ten goals in 39 games for Parma last campaign, the Swedish international truly looks like the real deal.

The successor to David Silva at the Etihad, the City playmaker hasn't disappointed this season.

Foden has chipped in with three goals and two assists in nine games, with Pep Guardiola putting huge trust in the 20-year-old.

The Brazilian winger has been in the shadow of compatriot Vinicius Junior at Real Madrid.

Despite not being a regular in the starting XI, the 19-year-old still managed to score seven goals in 26 games last term.