MANCHESTER UNITED fans were left frustrated after their penalty king Bruno Fernandes gave away a spot-kick at the wrong end against Brighton.

The Portuguese, so often on hand to convert from 12 yards for United, clumsily brought down the impressive Tariq Lamptey as the Red Devils delivered a stodgy first-half performance at the Amex. 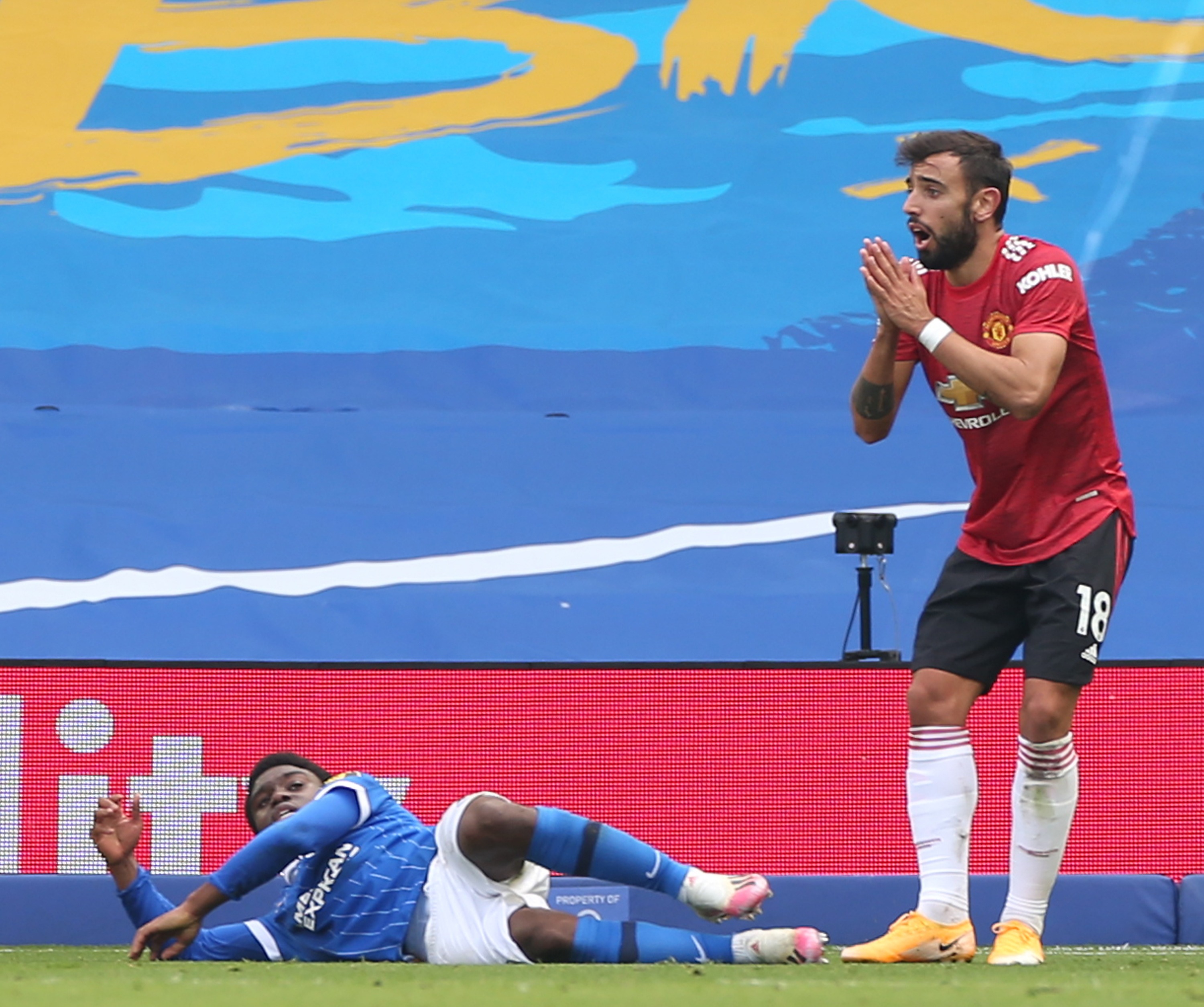 The Seagulls had already struck the bar and post as they dominated Ole Gunnar Solskjaer's men.

And fans were left aghast when, having been awarded an astonishing 22 penalties last season, Fernandes was penalised.

A rival supporter joked online: "Bruno Fernandes probably more upset that he didn’t take the penalty for Brighton than him giving away the actual penalty."

Another added: "Bruno Fernandes GIVES AWAY a penalty for Manchester United. 2020 gets weirder and weirder."

And a fourth goaded: "No way has Neil Maupay taken a better penalty than all of Bruno Fernandes’".

Brighton fans were quick to point out that the goal was nothing short of what they deserved. 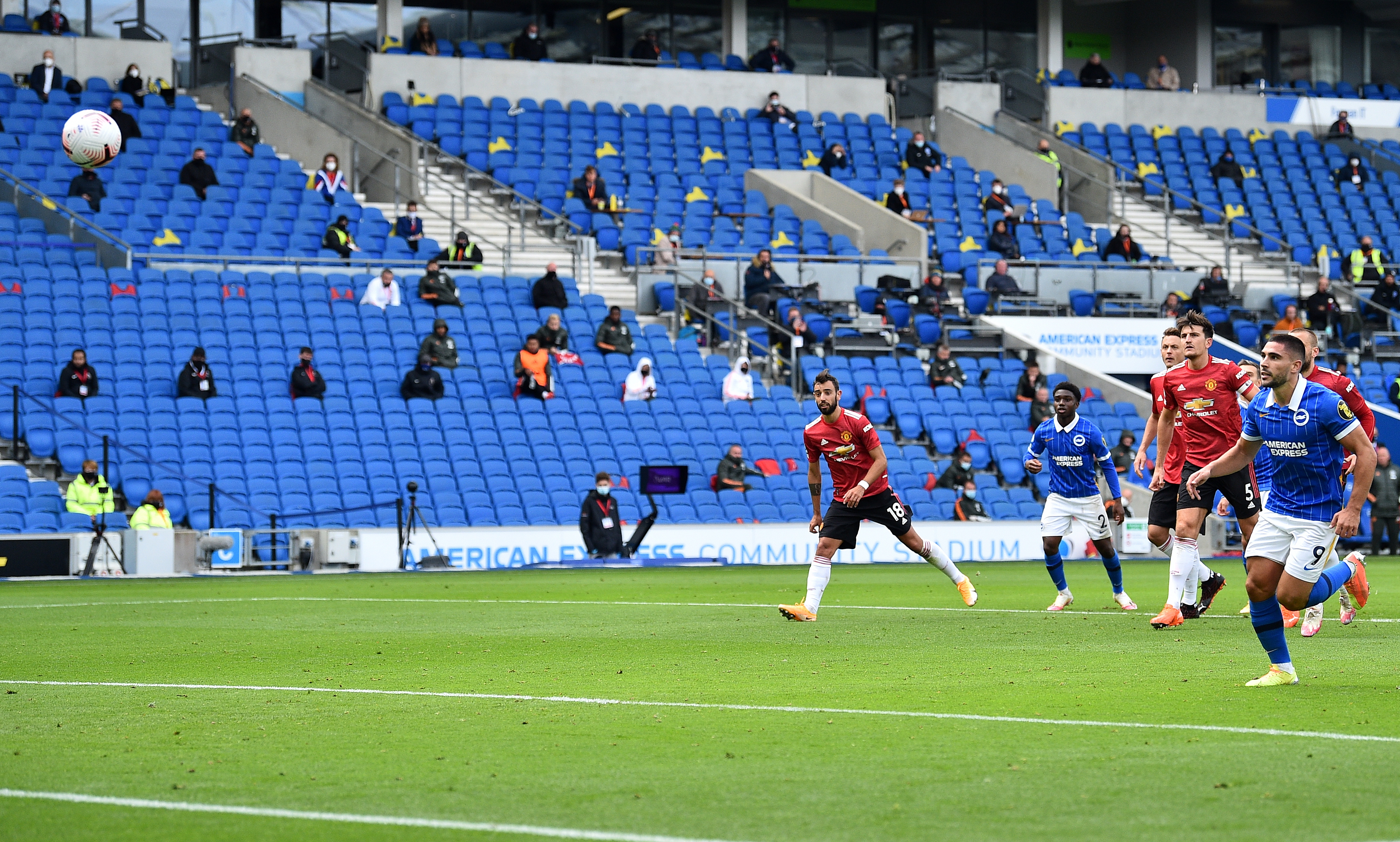 One observed: "The woodwork has been Manchester United's best player so far".

Fernandes, 26, didn't let his gaffe keep him down for long, however, as he soon helped create United's equaliser on the stroke of half-time.

After Luke Shaw was fouled on the left-side, the attacking midfielder curled a gorgeous set-piece to the back post.

Nemanja Matic smartly turned the ball back across goal, where the unlucky Lewis Dunk turned into his own net.

Red Devils fans will be hoping for far better in the second-half, however, with many still furious over last week's dismal 3-1 defeat to Crystal Palace.

One fan huffed at half-time: "It’s only a matter of time Solskjaer gets fired, what a dreadful performance so far. After this performance I’m pretty sure Sancho or any other player will not be signing".

While another cried: "Reality is United set for a really wretched season with Solskjær that guy just a Clown #MUFC". 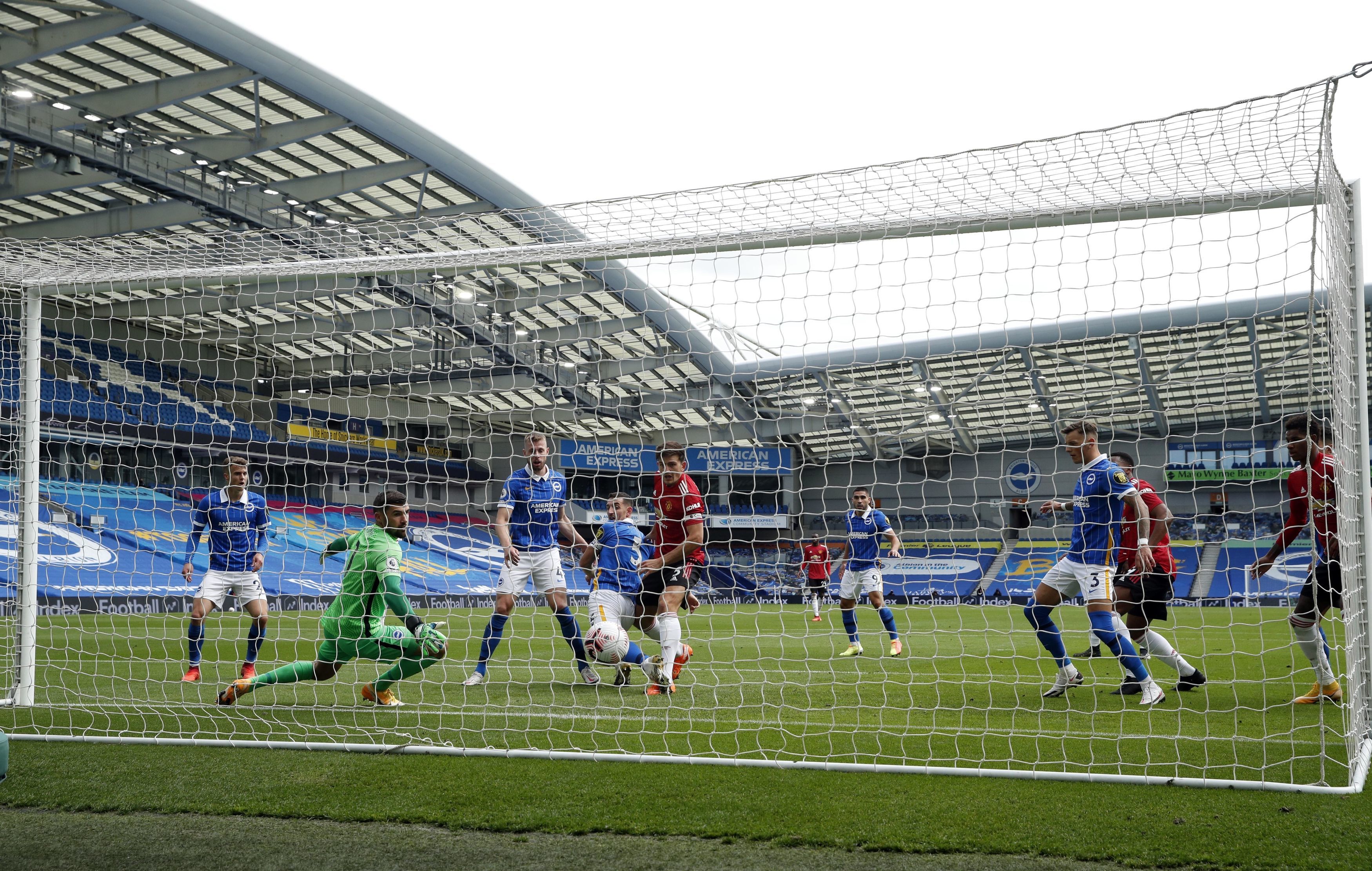 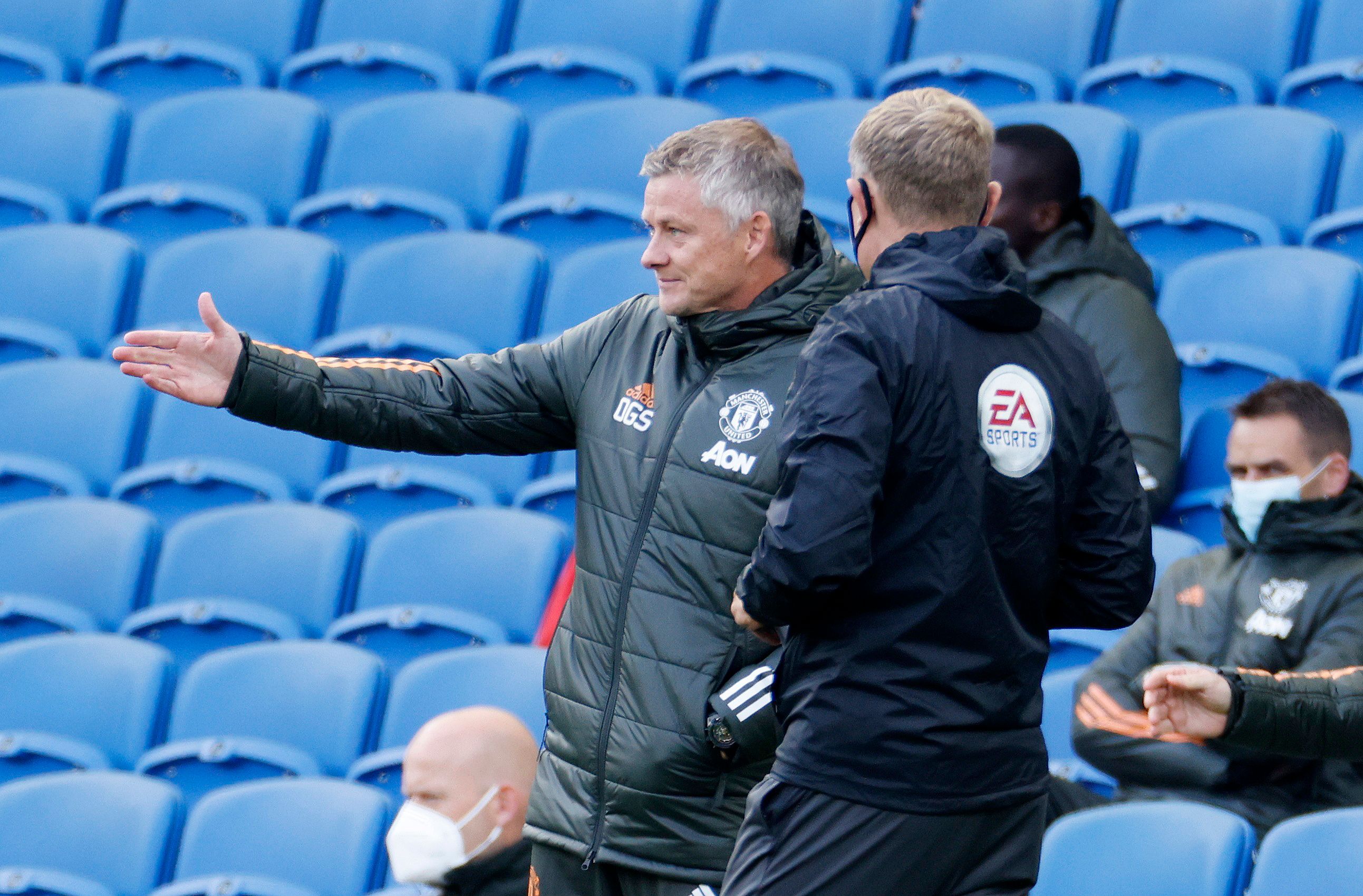