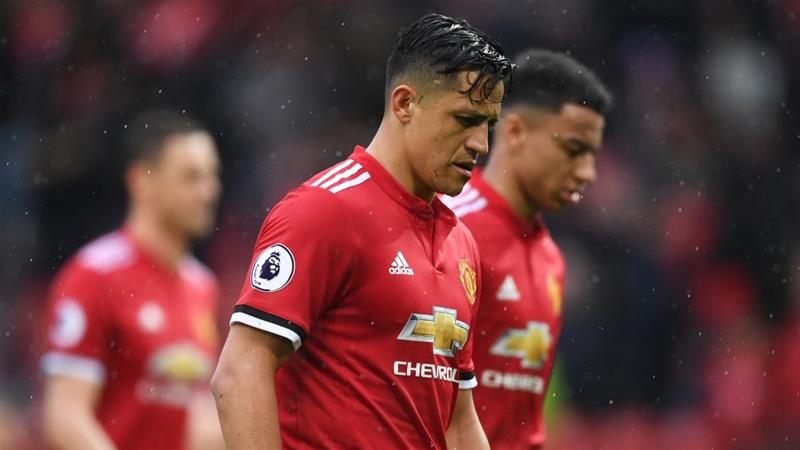 Manchester City have won the English Premier League title without even playing on Sunday after nearest challenger Manchester United were shocked 1-0 loss at home to bottom-placed West Bromwich Albion.

After all their efforts to stop City from clinching the league in their 3-2 derby win last week, United offered a clear reminder of why they have not been close contenders for the title this year, with an abject display lacking in creativity.

Their fans, who had celebrated the comeback victory at the Etihad last week, booed Jose Mourinho’s side off the field after they lost to a team who had not won since January.

It was City’s third title in seven seasons and easily its most convincing, with Pep Guardiola’s team 16 points clear and still having five games to play this season.

‘Our time. Our City’

“Our Time. Our City. Premier League Champions 17/18,” City tweeted soon after the final whistle when the fifth English top-flight title of its history was assured.

An 18-match winning run from late August to late December laid City’s platform for the runaway title victory, and it was only a matter of when it would be clinched.

The 2012 title win had the infamous last-gasp goal by Sergio Aguero. Six years later, the finale was much more underwhelming, with Rodriguez nodding in from a corner to silence the majority of Old Trafford and set up one of the most surprising wins of the season.

United manager Mourinho had long given up hopes of winning the title, instead focusing on finishing second. This result left his team one point clear of third-placed Liverpool, with a game in hand.

As for City, it has a month to finish a season with the most points, goals and wins in a single Premier League campaign.

Check out Game of Our Lives from Al Jazeera’s podcast studio, Jetty.