The path of football club ownership has been from butchers and builders to companies and plcs, then on to speculators, oligarchs and finally to whole countries.

No longer can you buy a pound of sausages from your club’s owners, but they will sell you a fantasy. 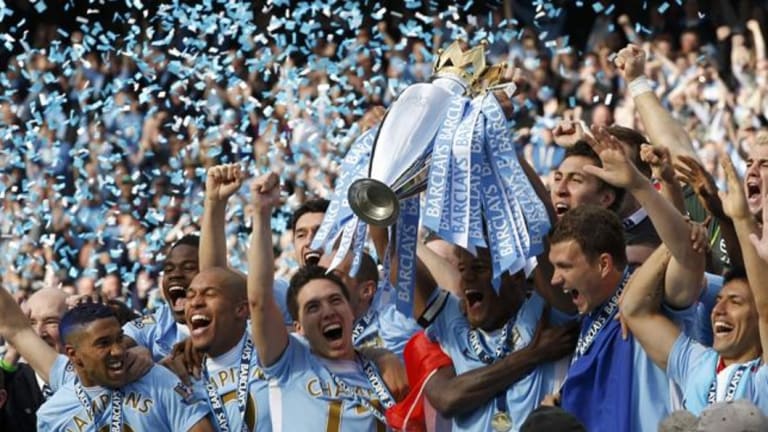 Look down the Premier League table and there are plenty of places where the source of the owner’s wealth is discussed only superficially.

Roman Abramovich’s closeness to Vladimir Putin’s Kremlin, for example, may have cost him his UK business visa. Yet Maurizio Sarri’s side are built on a vast transfer of wealth from public assets of the old Soviet Union to a west London football club.

Like it or not, this is how the money arrived, and most Chelsea fans are content with that.

Manchester City have already been fined for breaching Financial Fair Play (FFP) rules – which were designed to protect the rich from the even richer – and now stand accused in a series of unproven leaks via German magazine Der Spiegel of constructing a ‘‘castle of lies’’ to conceal how far they went to circumvent FFP.

Supporters of the doomed FFP initiative say it was to stop billionaires pouring unearned cash into clubs to buy success at the expense of others who had supposedly built up strength over decades through careful husbandry.

Critics felt it was old money defending itself against new, so that the Glazers could take out billions from Manchester United in fees, dividends and interest payments, while, on the other side of town, Sheikh Mansour and Abu Dhabi were being told not to put too much in.

The allegations published by Der Spiegel paint a picture of a club who saw FFP as unfair legislation which they needed to find a way round.

‘‘We will need to fight this,’’ Manchester City chief executive Ferran Soriano is quoted as writing, ‘‘and do it in a way that is not visible, or we will be pointed out as the global enemies of football.’’

Day two of the revelations brought claims that City launched ‘‘Project Longbow’’ to allow operational costs to be ‘‘shifted away from the club’’, with Der Spiegel reporting: ‘‘In explaining the name, the club’s chief legal adviser, Simon Cliff, noted in an internal email that the longbow was ‘‘the weapon the English used to beat the French at Crecy and Agincourt’’.

For Man City’s club leadership, the enemy was apparently Michel Platini, the French Uefa president, and his signature project, FFP.

Two points. (1) City have already been fined pounds $90 million (much of it suspended) for breaching the new morality on how clubs were allowed to raise revenues. These new allegations are about the full extent of the offence and whether the true picture was deliberately obscured. (2) If the leaks are accurate and correct, City cannot hide behind the defence that they were standing up to an unjust system and were therefore justified in their deceit.

They would have to be punished, with something as severe as a transfer ban – though, on the evidence of their strolling 6-1 win over Southampton at the weekend, they are not crying out for new players.

To pretend, as alleged by Der Spiegel, that Etihad airlines paid $122 million for a sponsorship arrangement when $108 million of it derived from City’s ownership vehicle (Abu Dhabi United Group) could not go uninvestigated.

No sport, or industry, can function if rules signed up to by everyone are simply sidestepped.

The shock of the past 48 hours – some of it feigned – is largely to do with the claim that City constructed an elaborate rule-evading process, with one board member, Simon Pearce allegedly responding to a question about whether a deal could be backdated: ‘‘Of course, we can do what we want.’’

There is no suggestion that anyone at City has done anything illegal. The discussion revolves around whether City disregarded the regulations and were able to use Abu Dhabi’s wealth to build a scintillating team with revenues that had not been earned.

As one industry expert pointed out, all big clubs down the years have been through periods of ‘‘over-investment’’ to accelerate their rise. 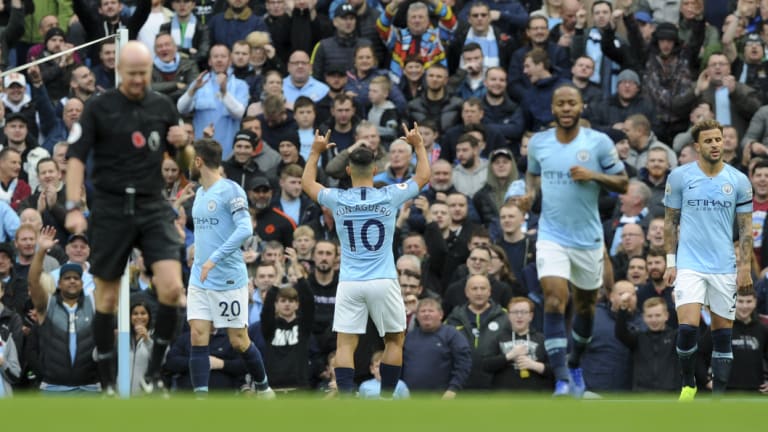 Cash crop: Manchester City may be hit with a transfer ban, but already boast a world class squad.Credit:Rui Vieira

My colleague, Sam Wallace, has written extensively about how the financial might of Barcelona and Real Madrid is protected. Tottenham Hotspur, meanwhile, are building a stadium that may end up costing as much as $1.8 billion: the reported cost to Sheikh Mansour of winning the 2012 Premier League title.

All sorts of creative funding models pepper the football landscape, from American speculators borrowing the purchase cost from banks [the Glazers], to Abramovich’s huge loans to Chelsea and the Stan Kroenke egg-sitting model at Arsenal.

Football is guilty of selective morality if it judges new money to be bad and old money to be somehow clean and respectable. But then City are not at liberty to play by their own private rules, behind smokescreens, which is what Der Spiegel alleges.

City should have known FFP would collapse anyway, under the weight of its own contradictions.