And Brazil team-mate Roberto Firmino – fresh from planting one wand-like foot in the Champions League final with Liverpool – has followed suit with a matching blower. 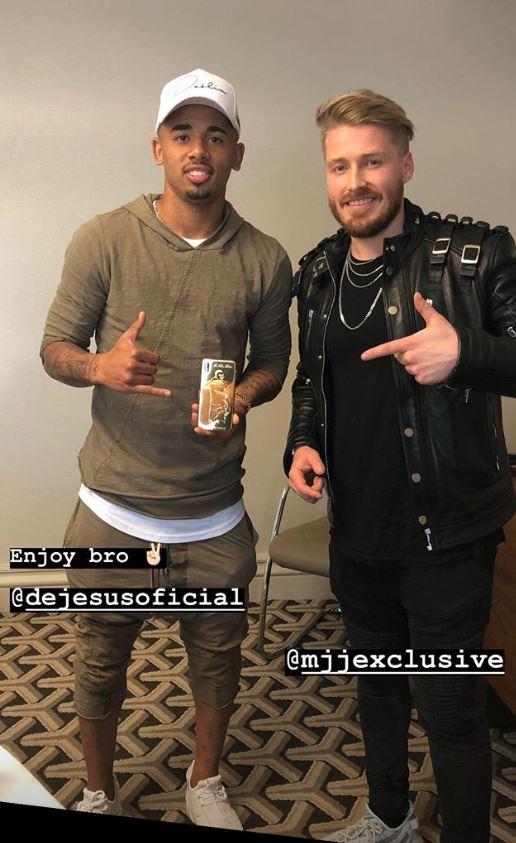 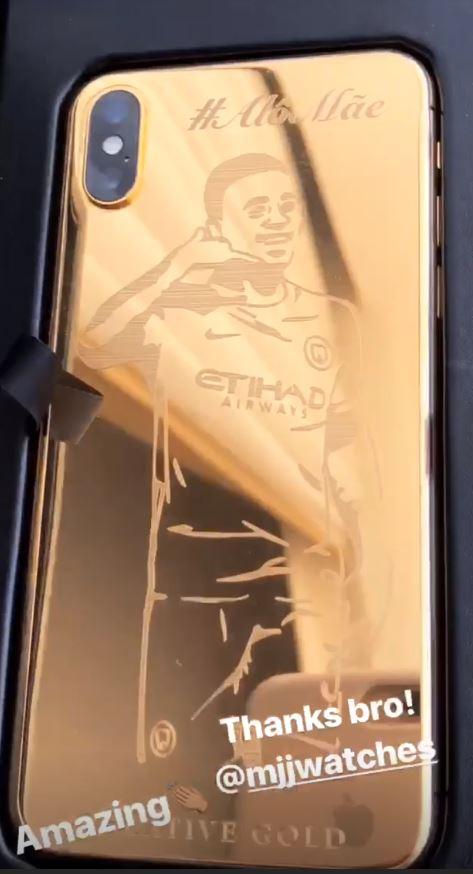 Jeweller to the stars Matthew Jones visited the Etihad stadium to present Jesus with the new phone with his trademark image on the back of the case.

Firmino invited MJJ to the Germany friendly at the end of March and the Kop hero has now landed his shiny new phone.

Jesus dedicates every goal to mum, Vera Lucia Diniz de Jesus, and has a tattoo of her covering his whole upper arm.

And the trademark celebration of his hand making a phone shape – with the words ‘Alo Mae’ is also inked on his multi-million pound body. 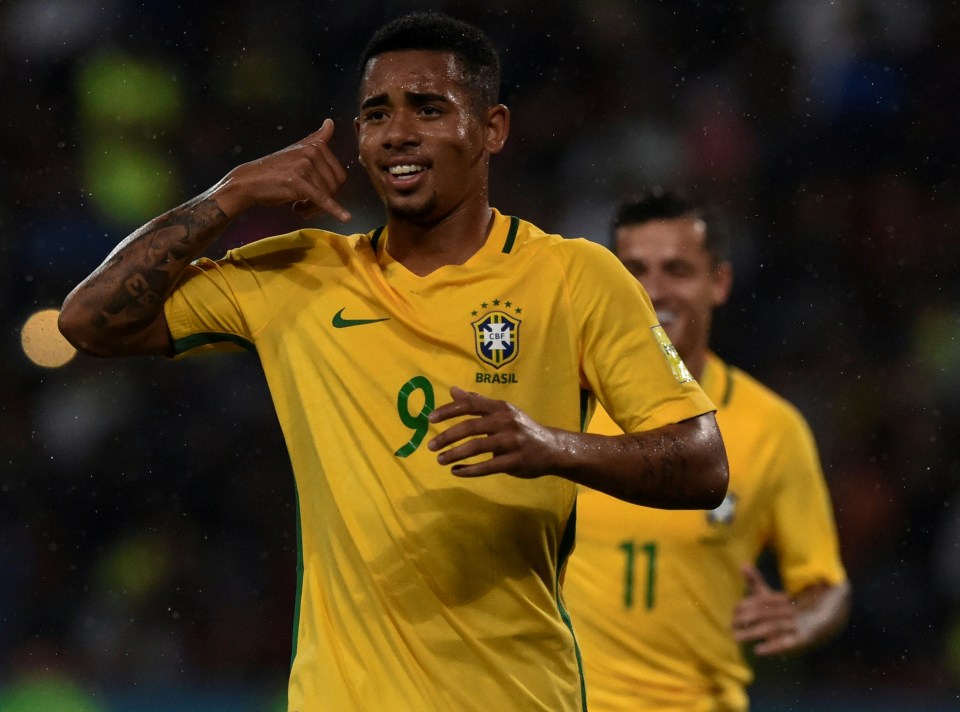 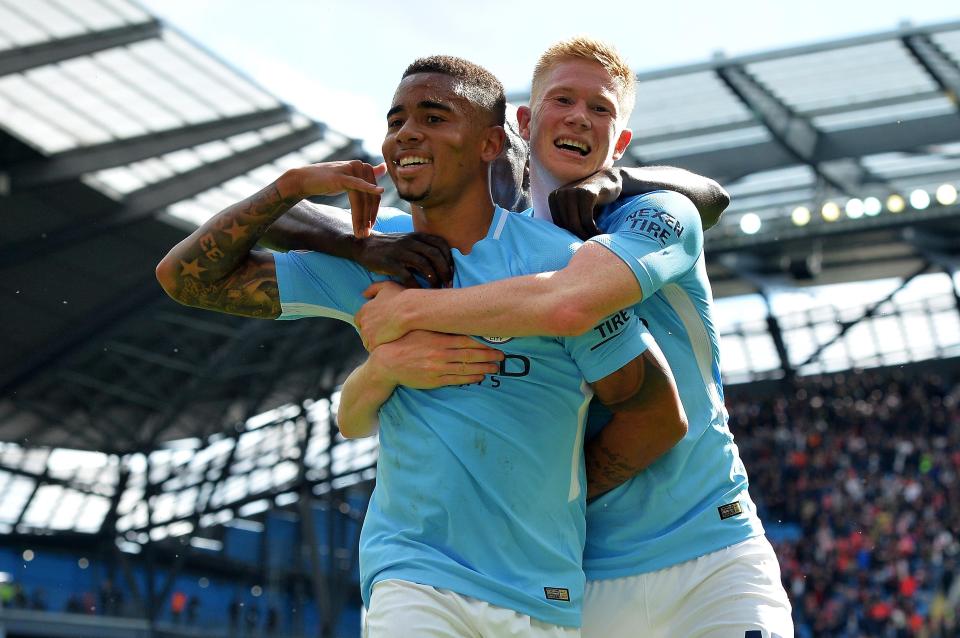 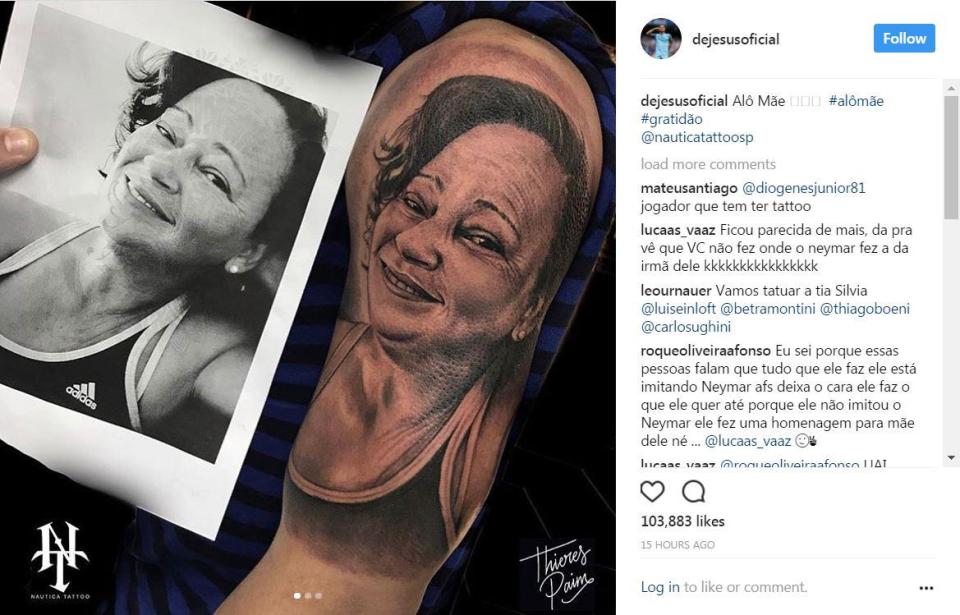 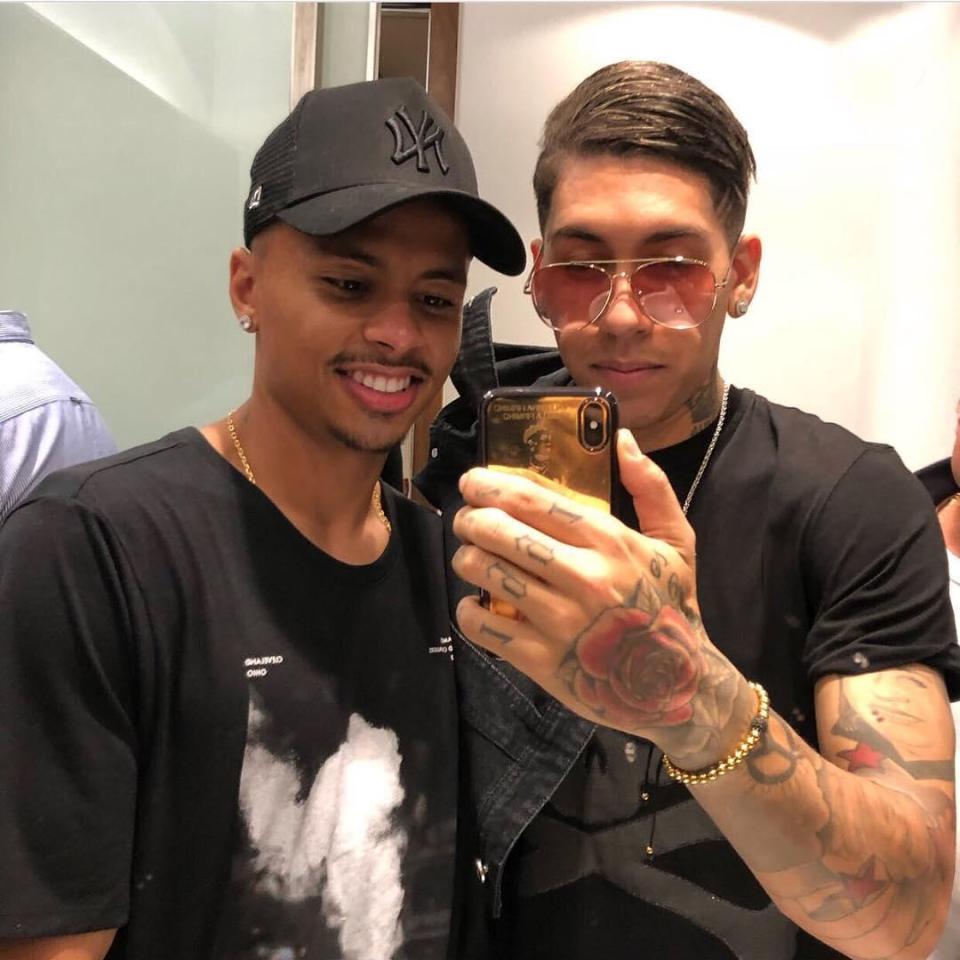 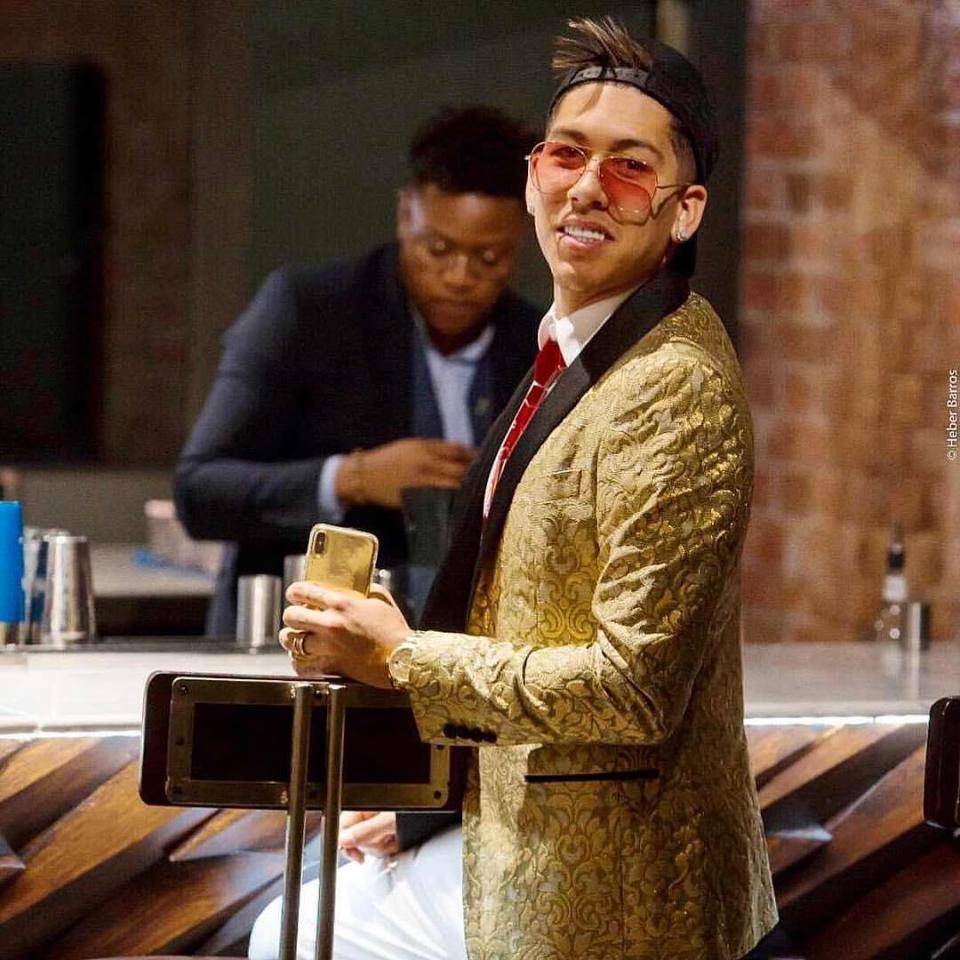 In January – when Jesus was sidelined with injury – Raheem Sterling dedicated a goal to the Samba star with his own celebration.
Last week Chelsea striker Alvaro Morata invited Jones to Stamford Bridge where he took ownership of some wrist bling from MJJ.

And Blues-owned Borussia Dortmund striker Michy Batshuayi has also had a timepiece made by the celebrity designer.

And, on Valentine’s Day earlier this year, England and City ace Raheem Sterling fell in love with a bespoke Rolex watch MJJ had created for him.