Harry Maguire to appear before a prosecutor after his arrest on Friday together with two other men. 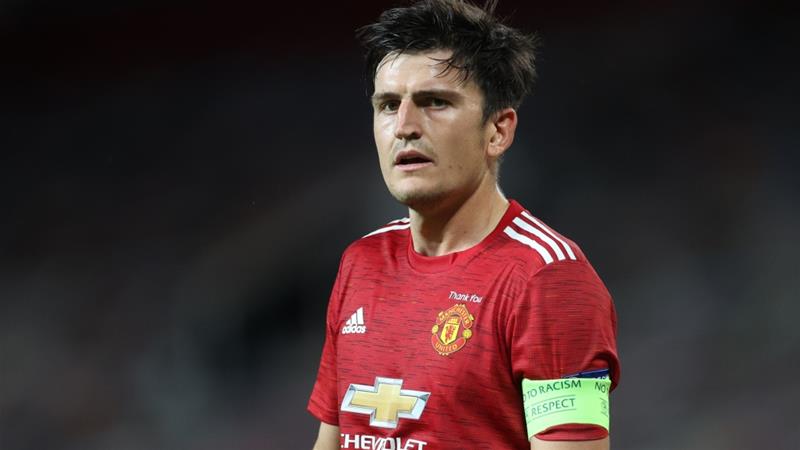 English football club Manchester United captain Harry Maguire was arrested for attacking police in Mykonos, Greece, and is expected to appear before a prosecutor on Saturday.

Maguire was pictured being escorted into a police station in the Aegean island of Syros, which neighbours Mykonos, by plain-clothed officers on Friday.

The England international has been “fully cooperating” with Greek authorities, United said in a short statement, after the incident that led to his arrest in the early hours of Friday.

“When the brawl was all sorted out, one of the two groups – with the football players – started verbally abusing officers,” police spokesman, Petros Vassilakis, was quoted as telling local media.

“There were several policemen there. At some point, one of the three members of the group – they were aged 27, 28, and 29 – threw a swing at one of the policemen and a fight ensued. All of the three were arrested but during the effort to do so, the other two, including the football player, got violent also. They threw down at least two policemen, hit them with their fists and kicked them.

“I can’t tell you what they were telling us. All English swear words against the authorities and against the work of the police. All three, including the football player, are being held in custody, locked up in Mykonos cell.”

A police statement said one of the three arrested men tried to offer police money to avoid being taken into custody.

United’s players are on their offseason break after losing to Sevilla in the Europa League semi-finals on Sunday.

Twenty-seven-year-old Maguire is the world’s most expensive defender, having signed for United from Leicester last year in a deal worth $97m.

He became captain midway through his first season at Old Trafford.