The Sky Sports pundit said the tricky winger simply isn't physical enough and produced a damning statistic to show it. 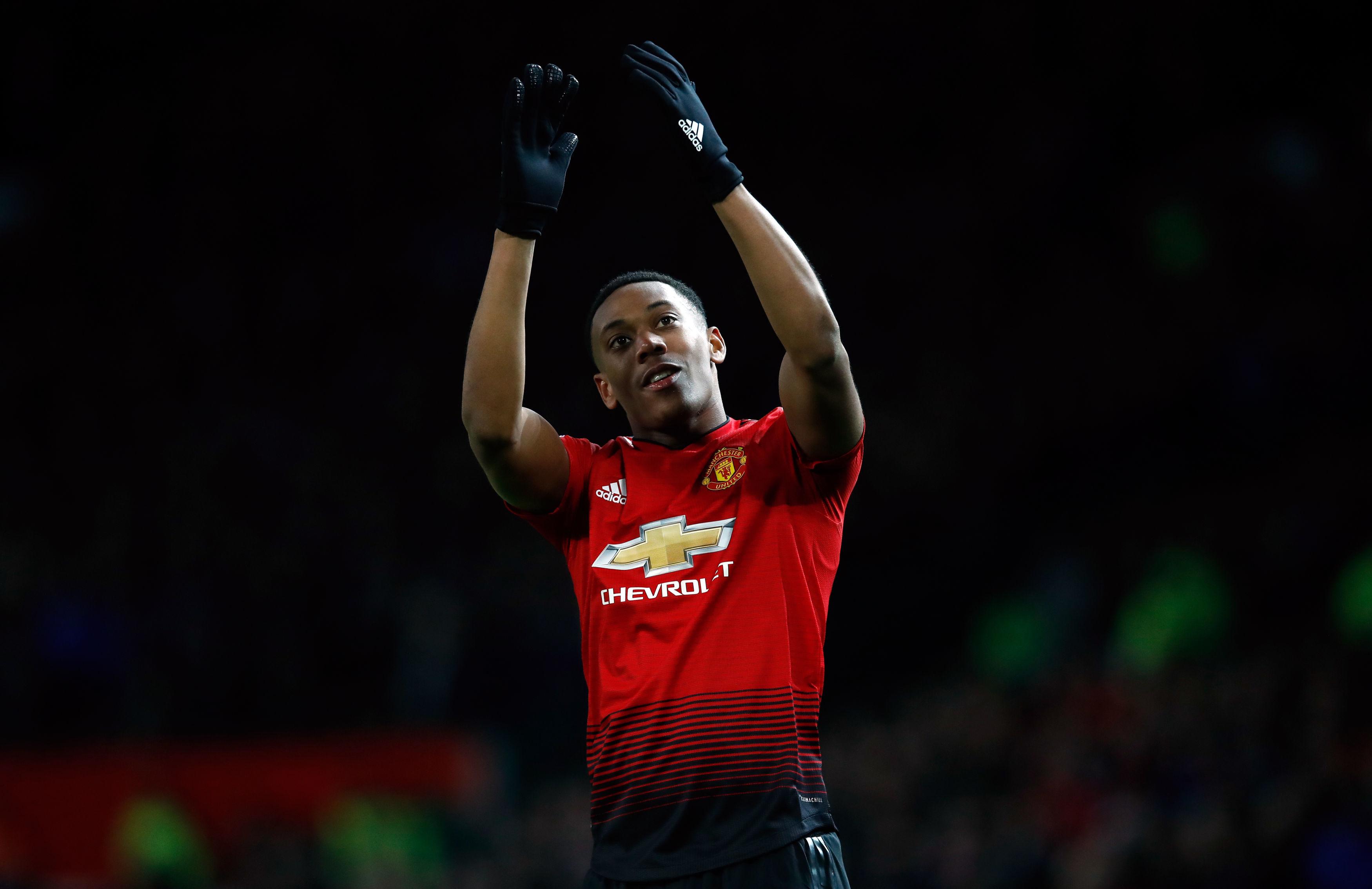 Speaking on MNF, Jamie Carragher began the examination of the forward following his brilliant performance against Everton.

He said: "When he doesn't score what is he actually bringing to the game?

"When Mane doesn't score, he's still making those runs in behind, you don't see him often standing still.

"When I watch Martial in the last two weeks he's been nine out of ten, ten out of ten.

"But when he doesn't score he's four out of ten. So, there's not that big impact in the game with the runs he's making to cause problems for defenders. 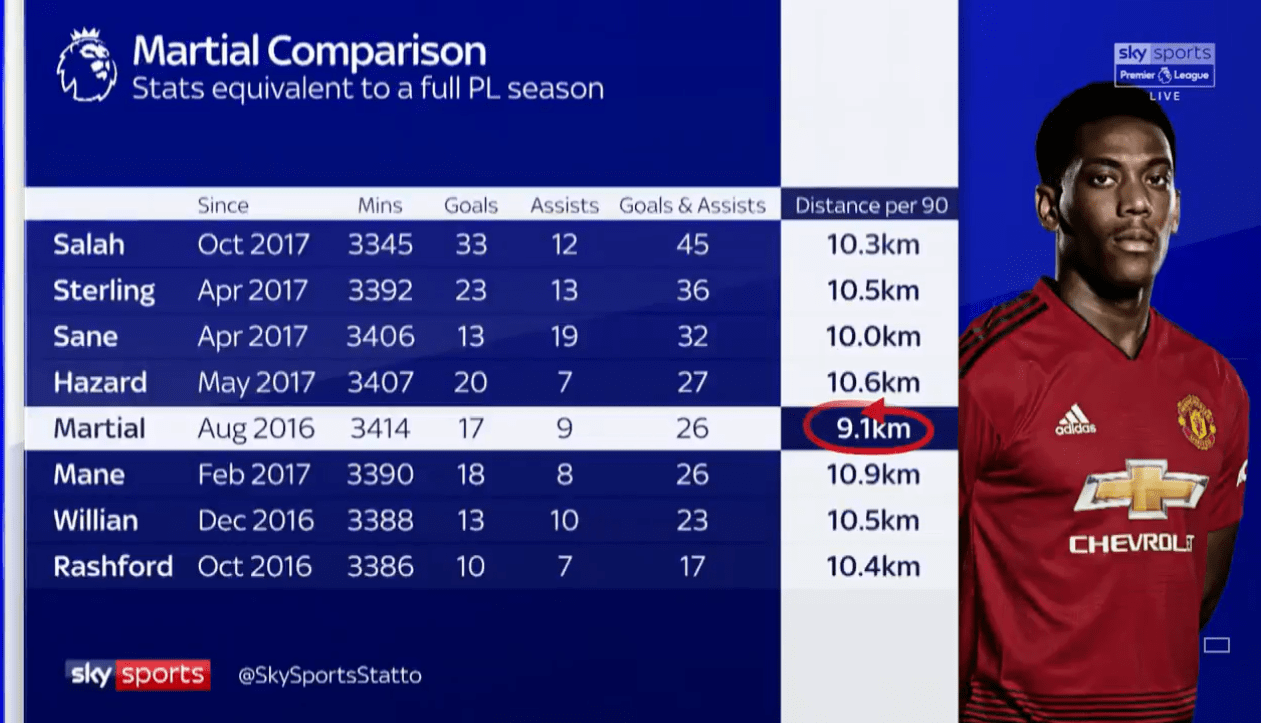 "Earlier this season we were looking at Salah, but he was still making those runs and still causing a massive problem for those defenders."

Neville agreed with his colleague, saying: "He's either a five or a nine and what you want is seven or eight week in week out with the odd nine.

"And I looked at his physical stats and I got the shock of my life. I got to the point where I thought: 'That's why Deschamps and Jose and others don't fancy you.'"

Showing an illustration of distance covered every game, he said: "Mane is two kilometres more, Hazard – who gets accused of not working hard – is one-and-a-half kilometres more.

"Martial is well down on his physical stuff." 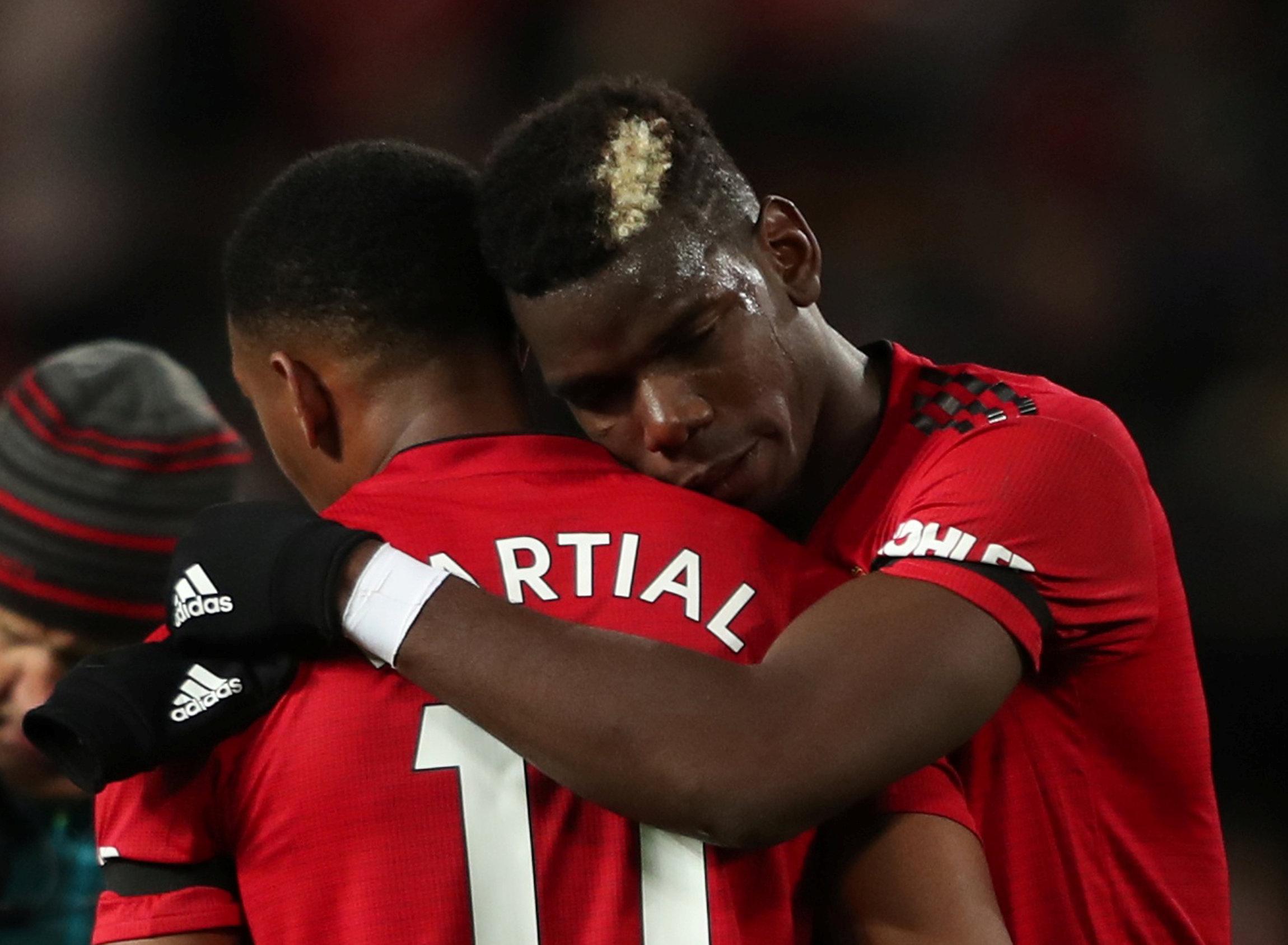 Martial has been on brilliant form of late – notching up three goals in his last two Premier League outings.

But Manchester United fans are desperate to see the Frenchman perform on a consistent basis.

And following on from club legend Neville's analysis they will be hoping the 22-year-old takes note.