Marcus Rashford came off the bench to fire home the winner in stoppage time as he atoned for his earlier miss at the Vitality Stadium. 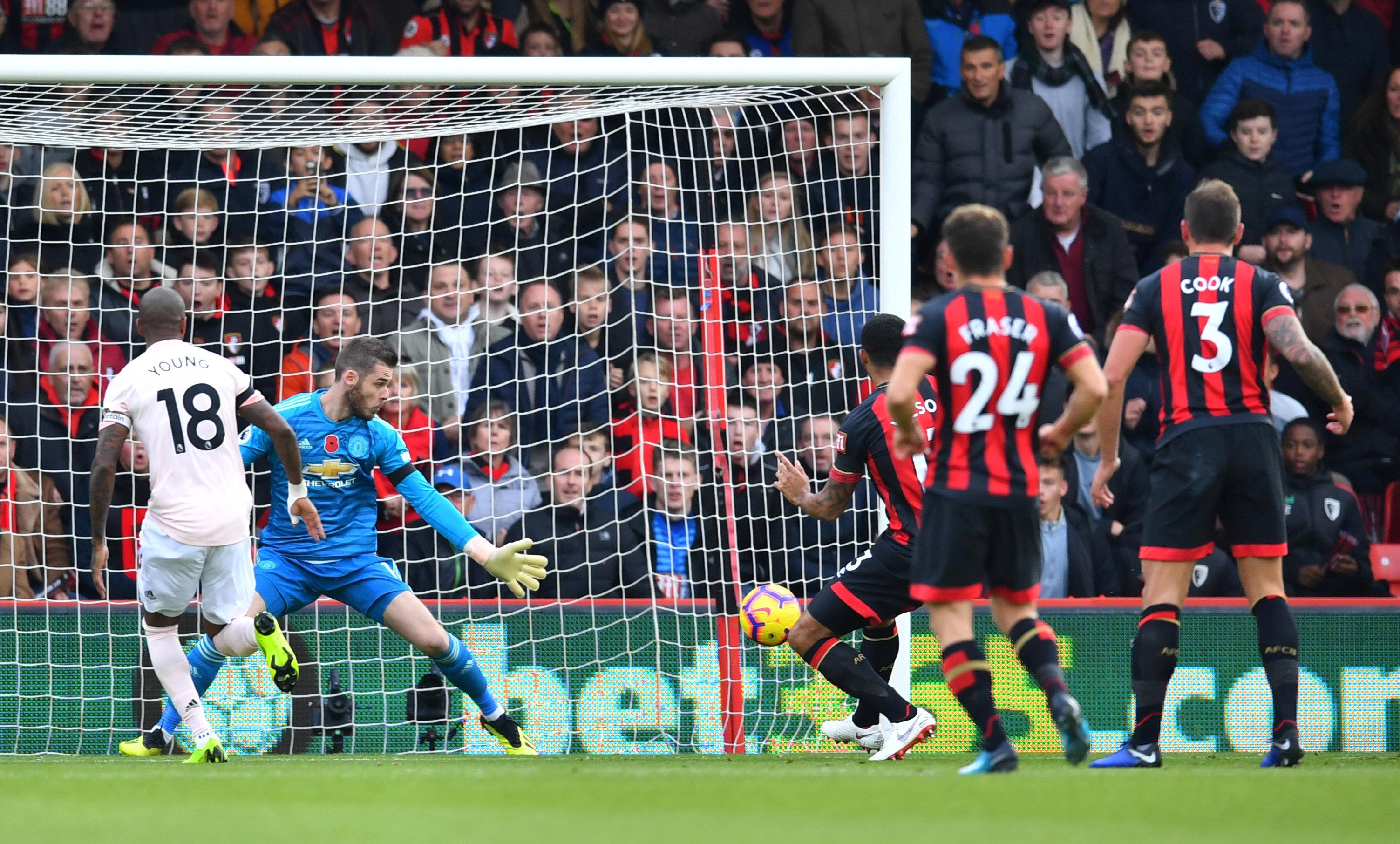 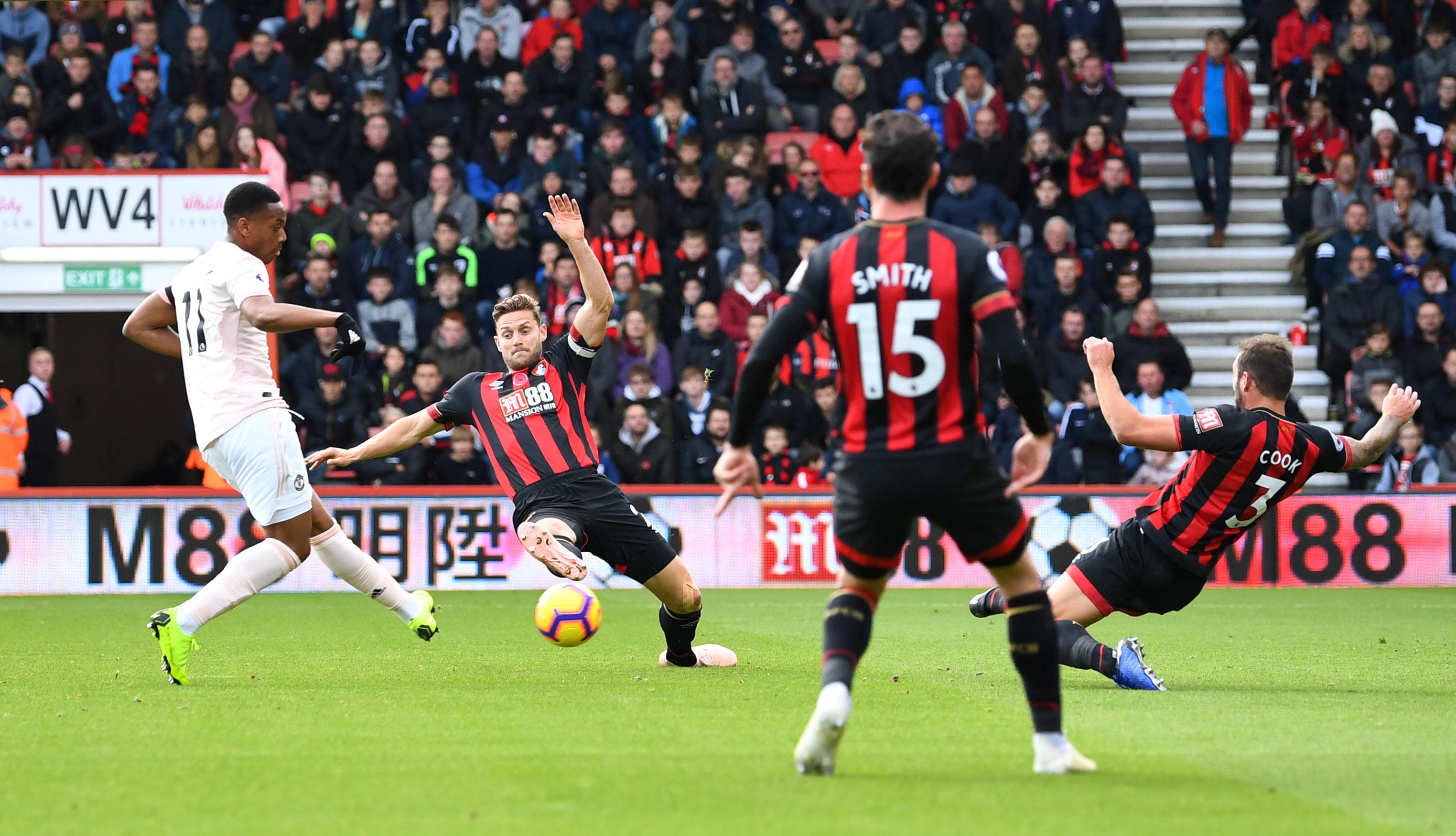 Here SunSport rates and slates the Red Devils as they edged out Eddie Howe's men on the south coast:

Bournemouth would have been out of sight were in not for the Spaniard who denied Fraser and Wilson in the opening stages.

His brilliant reactionary stops later to repel Fraser at the near post and Brooks from close range showed just how much United need him to sign a new deal.

United’s captain struggled with Fraser’s electric pace in the first half an hour.

He improved after the break and came within a lick of paint from winning the game for United when his excellent free-kick crashed the bar in the second half. Booked.

The Swede could not live with Callum Wilson’s movement and pace in the first half.

He was unaware of where the Cherries’ striker was ten minutes in as a ball drifted behind him but Wilson could not finish. Minutes later, he was not so wasteful.

Had a nightmare first 30 minutes due to Bournemouth’s pace, missing an interception which let in Fraser who was denied by De Gea’s excellent stop.

Lost Wilson for the opener as United’s defence was easily carved open. 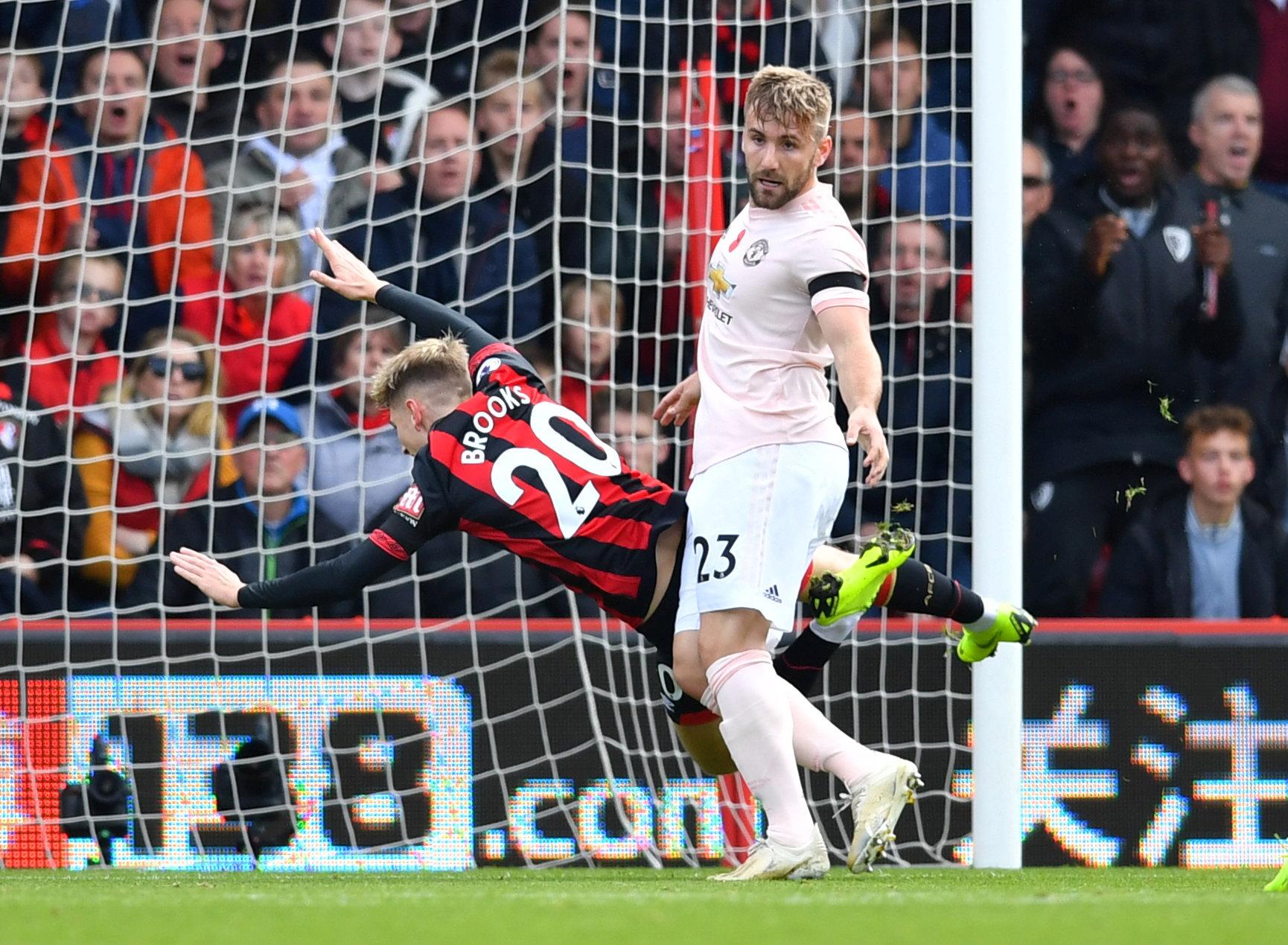 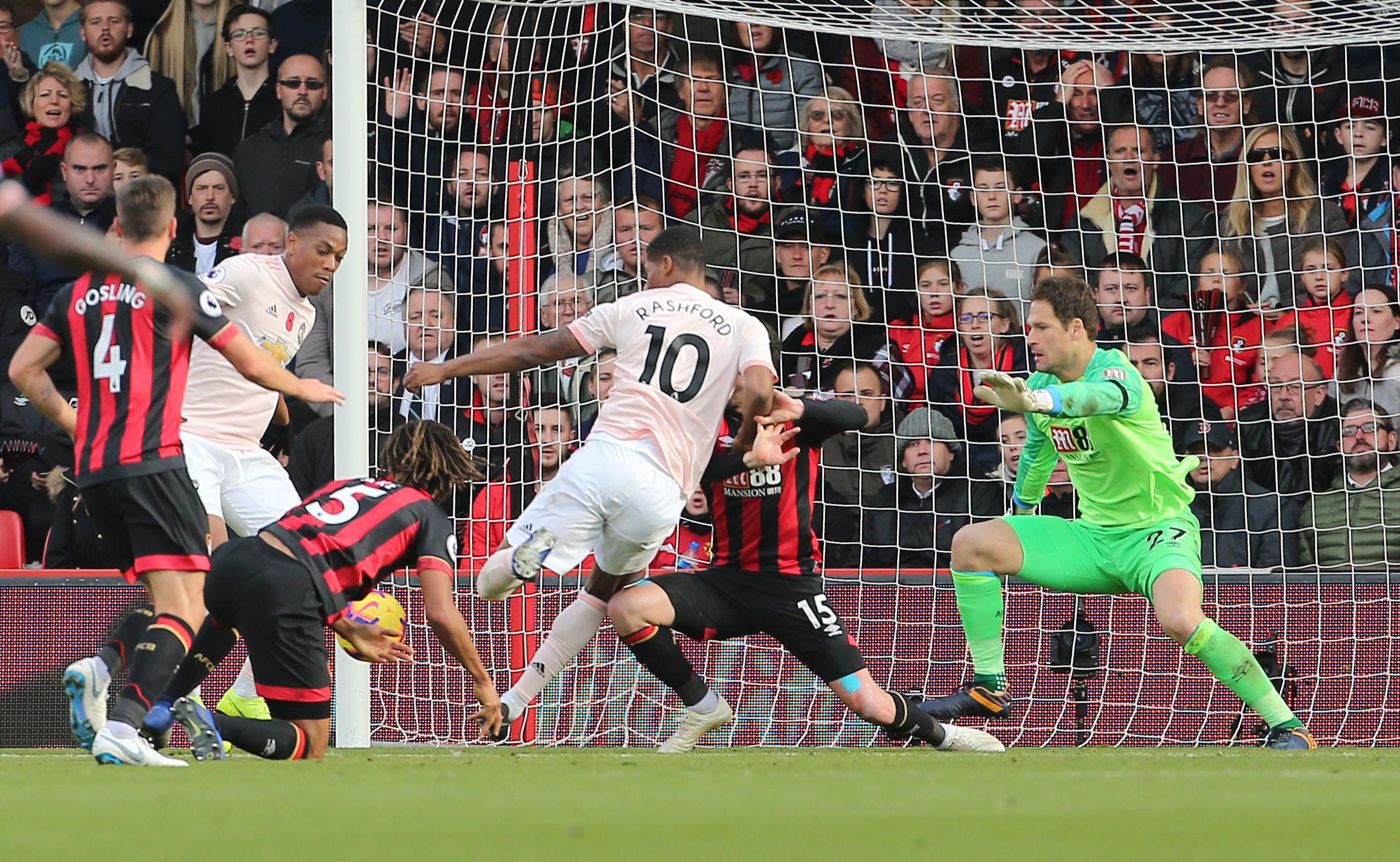 An OK performance from the improving left-back who put in a vital deflection to stop Stanislas from breaking the deadlock.

Was booked for a cynical foul on Brooks and missed a great chance to put United in front ahead when denied by Begovic.

Sloppy in possession and fluffed a good chance in the first half when teed up by Martial, firing a weak shot straight at Ake.

Booked for a shameful dive when lightly pushed by Lewis Cook and hooked on 56 minutes.

Poppy-less Serb had little effect on the game given his usual presence.

In a recurring theme, was exposed for his lack of pace as Bournemouth’s energetic Stanislas and Brooks buzzed around him.

Blew a wonderful chance to win United the game.

After Young’s free-kick had hit the bar and Rashford’s follow-up had been blocked by Ake, all the Frenchman had to do was fire in from three yards but his poor effort was cleared by Brooks.

Delivery from corners was under-par – just as it was against Leicester.

Fired wide after Sanchez’s knock-down towards the end of the first half and was replaced by matchwinner Rashford on 56 minutes. 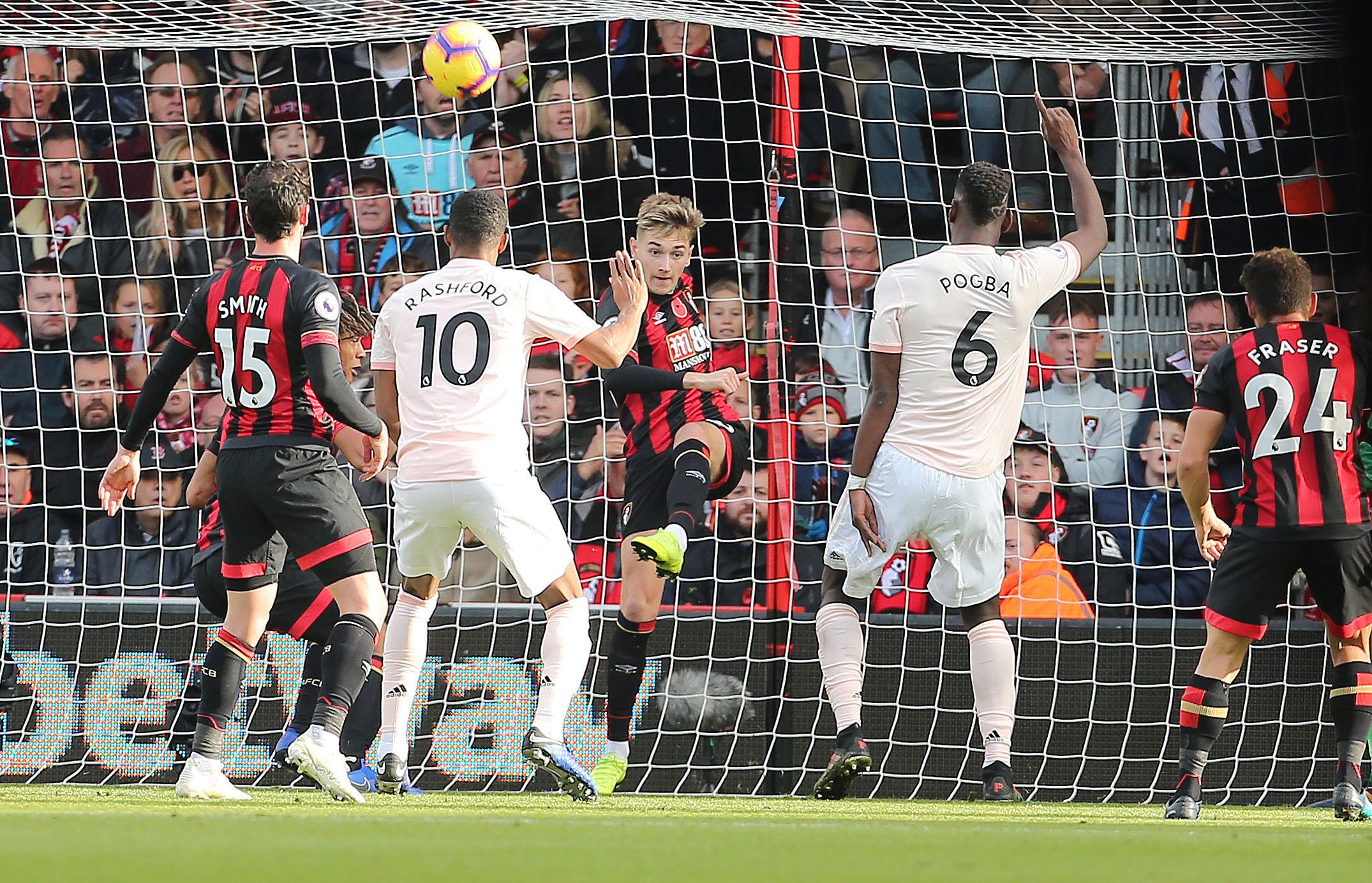 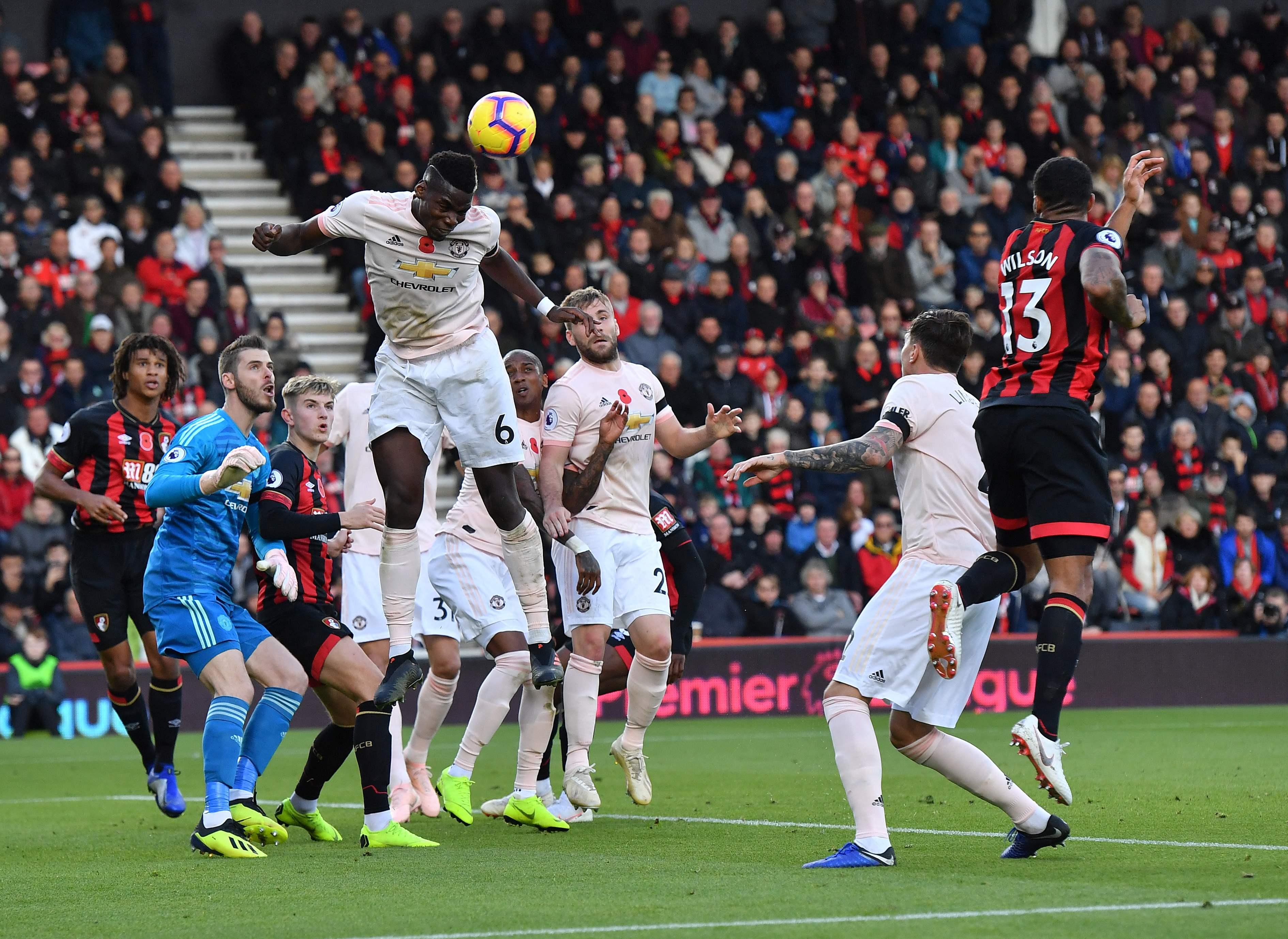 Was anonymous for the first 30 minutes but sprung into life for the leveller, winning the ball back and then teeing up Martial.

Went close with a header before coming off late on for Lingard. A performance to build on after being handed a surprise start through the middle.

Extended his hot streak by clinically firing home the leveller from Sanchez’s cut back, making it five goals in as many games.

Looked a threat and was denied a second when Begovic came racing out and got a foot to his shot.

Curled wide with a couple of shots after replacing Fred.

Made a huge impact off the bench with his pace. Missed a good opportunity when following up Young’s free-kick – but made up for it with his matchwinner in the final minute.

Little time to impose himself but still added a different option when he came on and was denied a goal through another fine Begovic stop.