A number of sporting heroes have sent heartfelt wishes to legendary former football manager Sir Alex Ferguson, who has undergone emergency surgery for a brain haemorrhage.

Manchester United published a statement on Saturday night reading: ‘The procedure has gone very well but he needs a period of intensive care to optimise his recovery. His family request privacy in this matter.’

A number of sporting faces and current players have taken to social media to send their support to the 76-year-old. 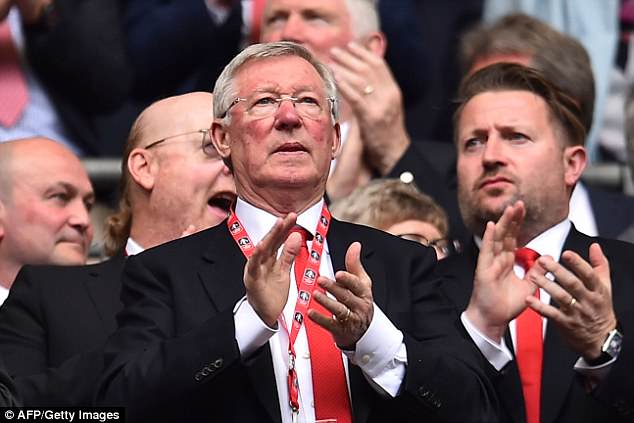 ‘Absolutely devastated to hear about Sir Alex being unwell in hospital. All my thoughts and prayer are with him and his family. Be strong boss,’ wrote Carrick.

Ashley Young, who Ferguson bought to United from Aston Villa in 2011 wrote: ‘Gutted to hear the news tonight about Sir Alex. Don’t really know what else to say other than thoughts and prayers with you and your family, Boss.’ 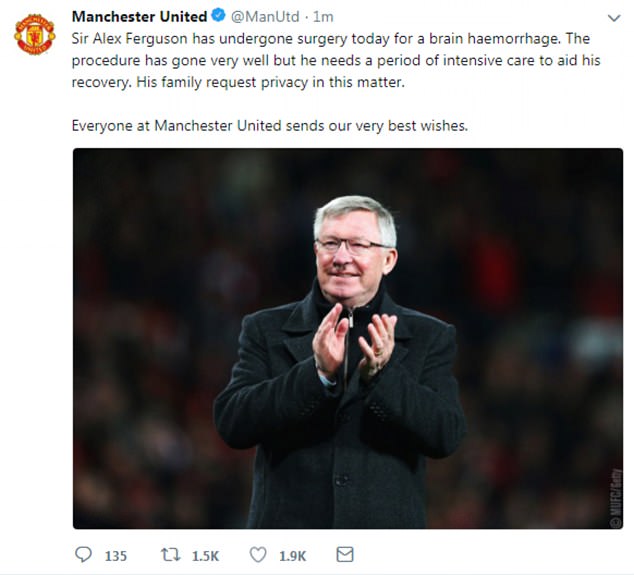 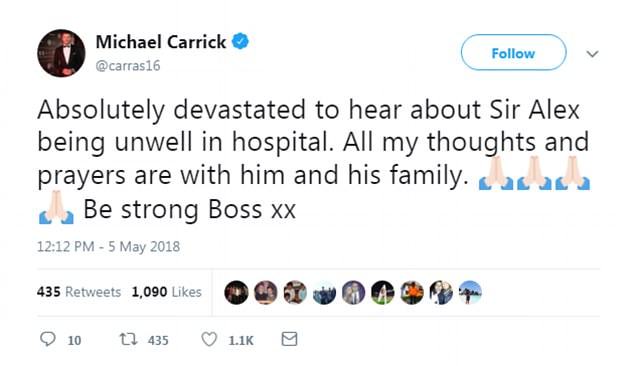 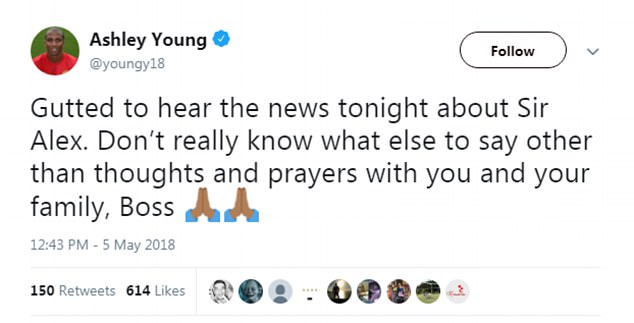 Manchester United players were made aware of Ferguson’s condition before the information was made public and the statement issued by the club.

Ferguson was present at Old Trafford last weekend as his former club took on Arsenal in what was Arsene Wenger’s final match against his old foe.

Ferguson took to the pitch to present Wenger with a gift from the club, along with current boss Jose Mourinho.

An ambulance was called to the family’s home in Cheshire at about 9am on Saturday and took him to Macclesfield district hospital.

The Scotsman was subsequently transferred, with a police escort, to be treated at the Salford Royal. 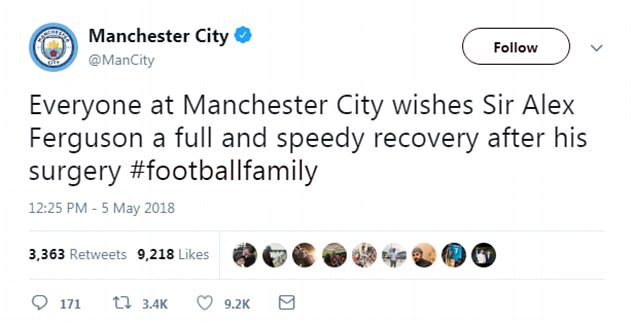 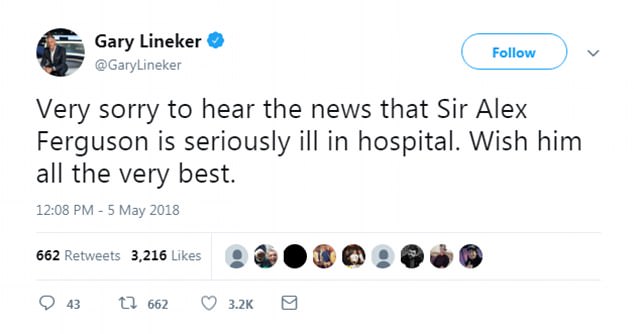 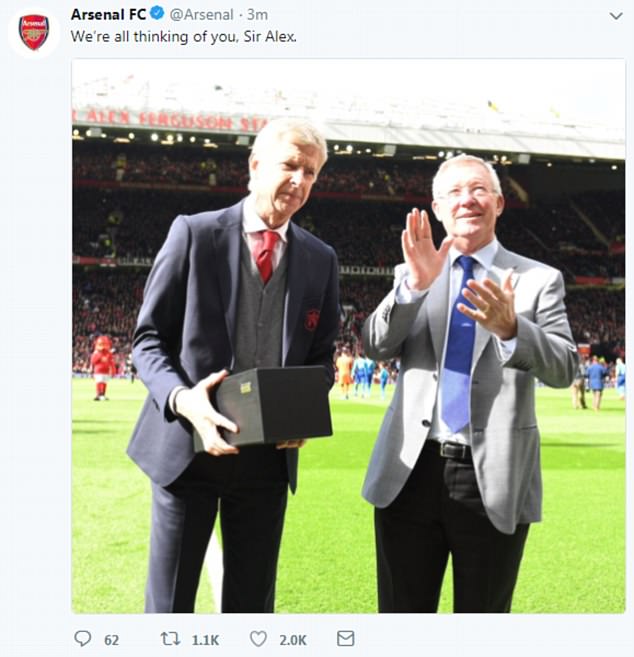 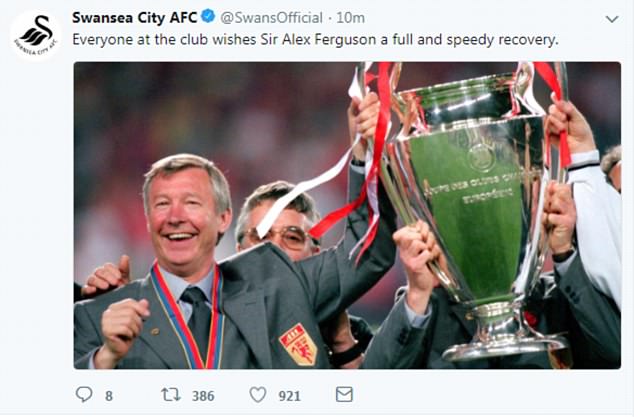 Golfing superstar Justin Rose also tweeted his support alongside a photo of the European Ryder Cup team with Ferguson in 2014.

European captain Paul McGinley invited the managerial legend to Gleneagles to address his players during the event as a means of motivation.

Nicola Sturgeon, the First Minister of Scotland, said on Twitter: ‘My thoughts are with Alex Ferguson and his family – wishing him a full and speedy recovery.’

Ruth Davidson, the Scottish Conservative leader, tweeted: ‘So many people will be wishing Alex Ferguson well and sending their thoughts to his family tonight.’ 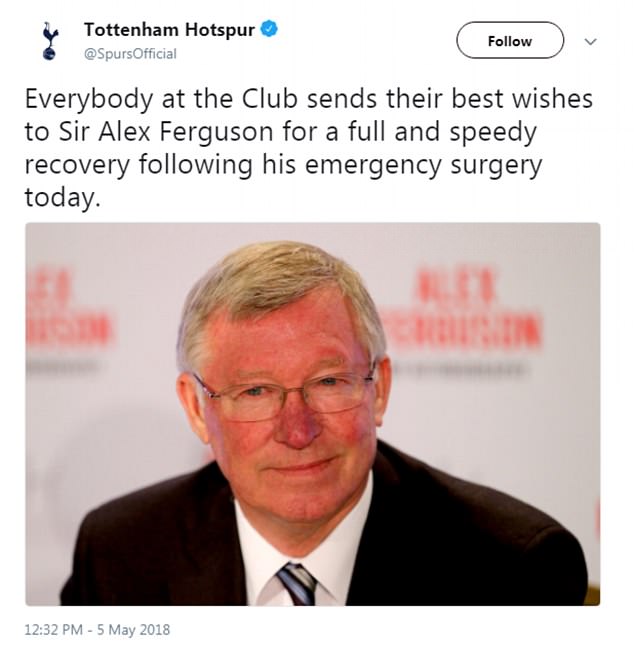 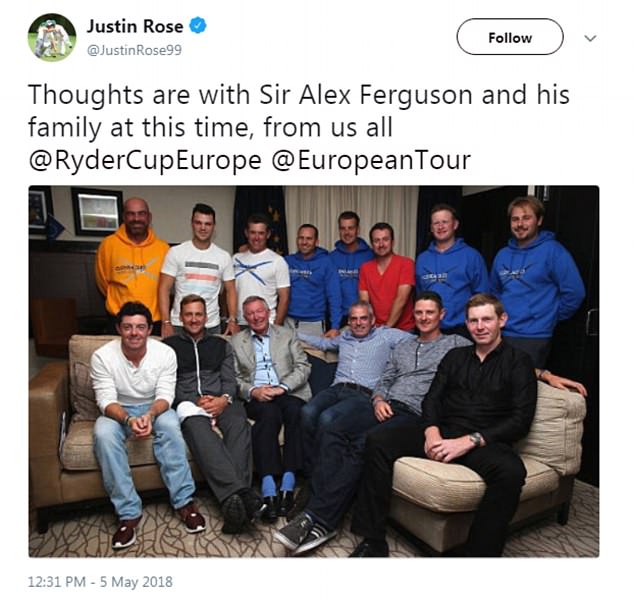 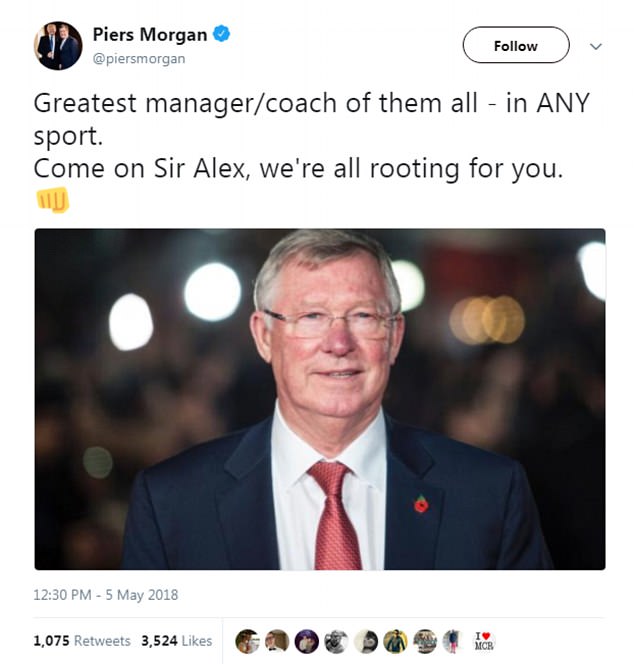 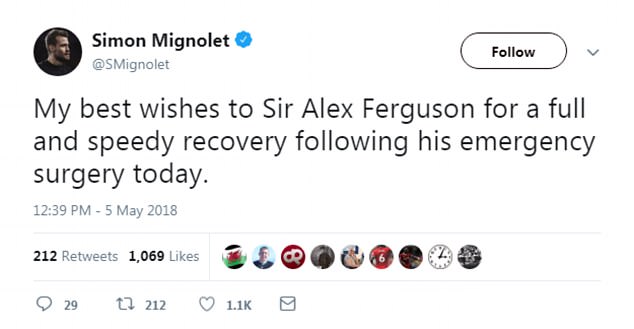