Paul Pogba, Marcus Rashford and David De Gea were among the Manchester United stars who posed for photos and passed around gifts at children’s hospitals only hours after learning of Jose Mourinho’s dismissal.

The visits signalled a positive end to a day that started with Mourinho being relieved of his duties by executive vice-chairman Ed Woodward. 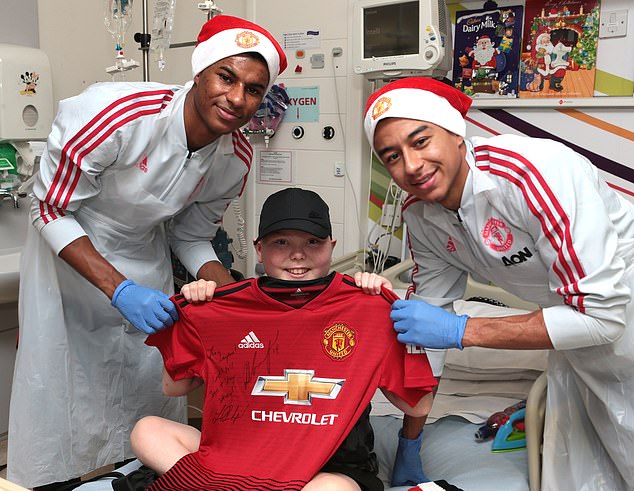 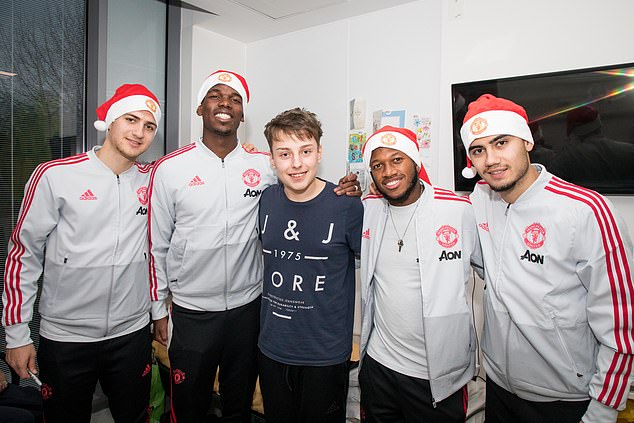 The Portuguese was informed of the decision in a 9:00am face-to-face meeting at the club’s Carrington training base.

The axe fell on Mourinho just two days after Man United slumped to a 3-1 defeat away to arch rivals and league leaders Liverpool.

The 55-year-old departed with his team sixth in the Premier League and 19 points off the lead.

In Mourinho’s absence, Michael Carrick took charge of morning training, and will remain as temporary boss until an interim head coach is appointed until the end of the season. 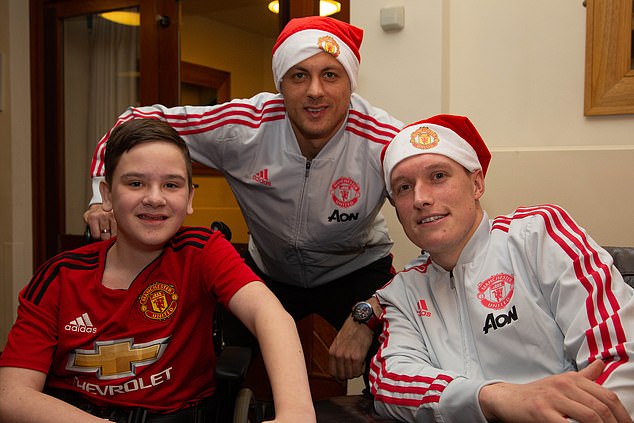 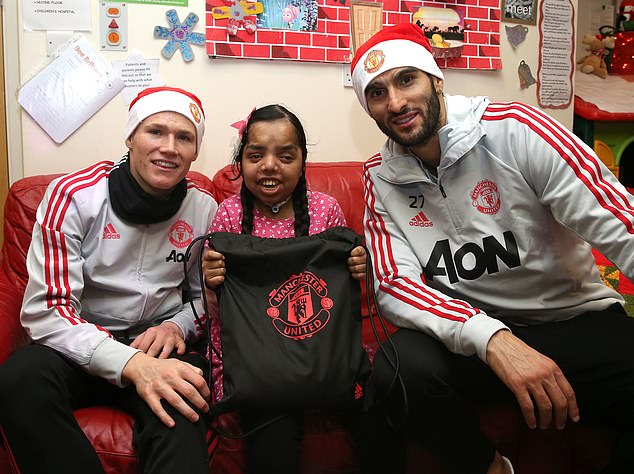 Despite the news, there were smiles all round from both players and patients during the well-received ward visits.

Children at Francis House were greeted by Nemanja Matic and Phil Jones, while the rest of the squad including Jesse Lingard and Rashford spent time at Royal Manchester Children’s Hospital. 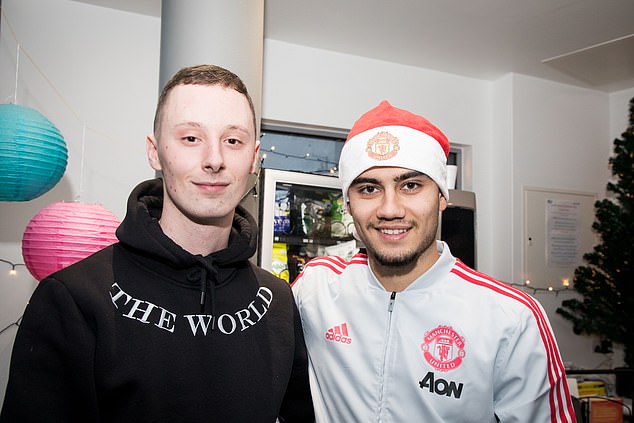 Players handed out Christmas gifts, signed shirts and memorabilia for the patients 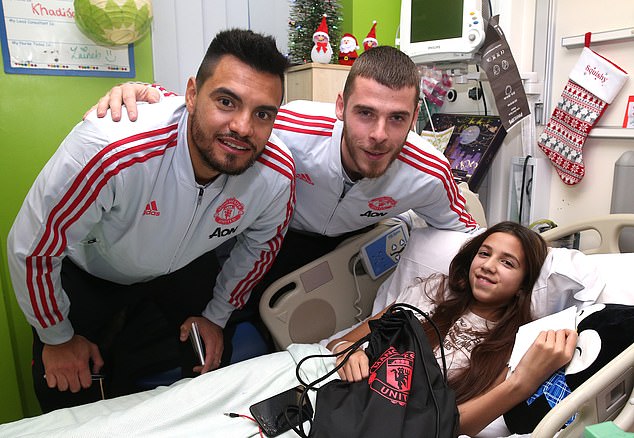 One patient, Layton, aged 11, was thrilled to meet two of his favourite players: ‘I got some presents signed by Rashford and Lingard, which I am buzzing about.’

‘Seeing the children happy and just giving a picture or signature, it made my day,’ said Pogba.

‘They are the real stars and they are stronger than anybody. They keep fighting with their families, and with the help of the people in the hospital they can recover faster.’

Rashford spoke at the Royal Manchester Children’s Hospital: ‘These visits hold great importance and have great value; we get to come here, give out gifts and put smiles on faces and we are always happy to do this.’

Chris Smalling added, ‘It is so rewarding; you can play football but then you come here and see smiles on faces that’s what really matters. You see what they are going through and the fact that lots of them are spending Christmas in hospital, but hopefully we can make it a happy time for them.’ 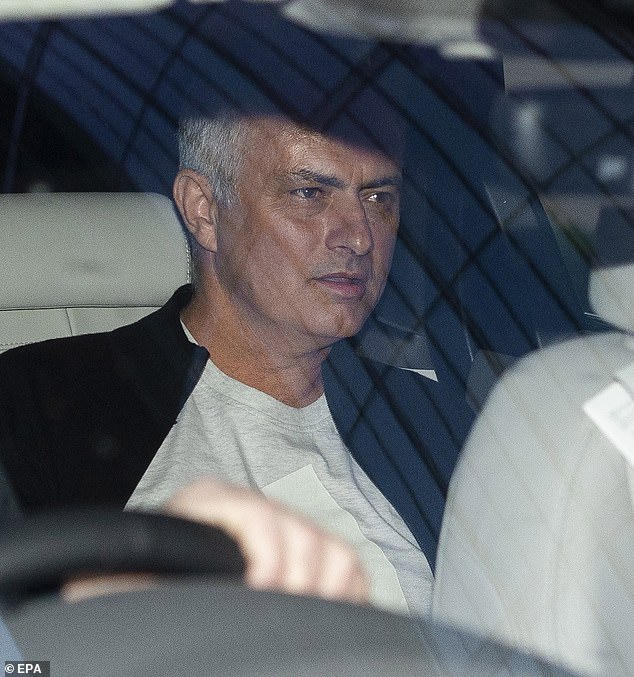 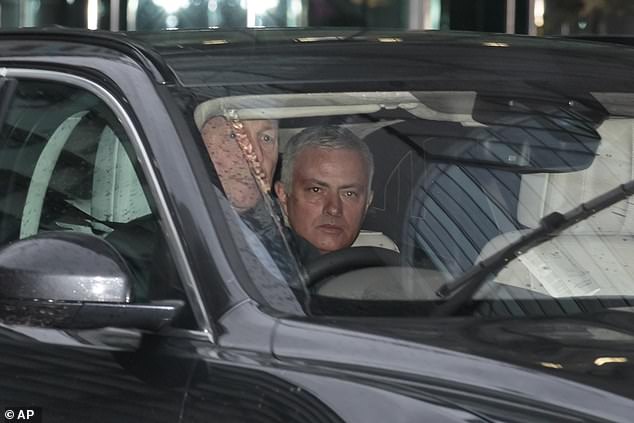