Exiled Manly playmaker Jackson Hastings is not planning an NRL return any time soon, saying he has no choice but to remain in England and redeem himself.

Hastings admitted he had unfinished business in the NRL after his infamous Sea Eagles axing but was focused on extending his UK Super League stay in 2019 after starring for Salford. 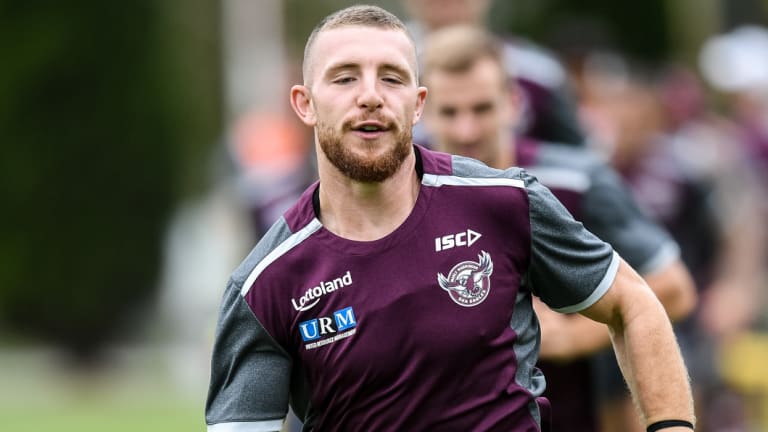 “At the moment, I’ve got no choice because of the situation that I found myself in back home”: Jackson Hastings.

The off-contract half returns from a two-match high tackle ban for Salford's must-win qualifiers clash with Toulouse on Friday (AEST) as they look to avoid Super League relegation.

He inspired four straight wins for the Red Devils upon his arrival in July before his suspension, prompting 2019 interest from Super League heavyweights Wigan.

Hastings, 22, said he would remain in England – for now.

"At the moment, I've got no choice because of the situation that I found myself in back home," he told Hull Daily Mail.

"It's not an overnight fix. A lot of things that got reported over there were very untrue and off the mark.

"(But) I've got to prove myself again and prove to people that I'm a good person."

Hastings moved to the UK after being banished to reserve grade by Manly in April for an infamous hotel room clash with skipper Daly Cherry-Evans.

Hastings said he hoped to one day prove his NRL doubters wrong.

"I want to go home eventually. I've got some unfinished business in the NRL and a lot of people to prove things to," he said.

"But I'll be here in England next year. I've just got to keep playing well and hopefully get my chance to go back home and start again."